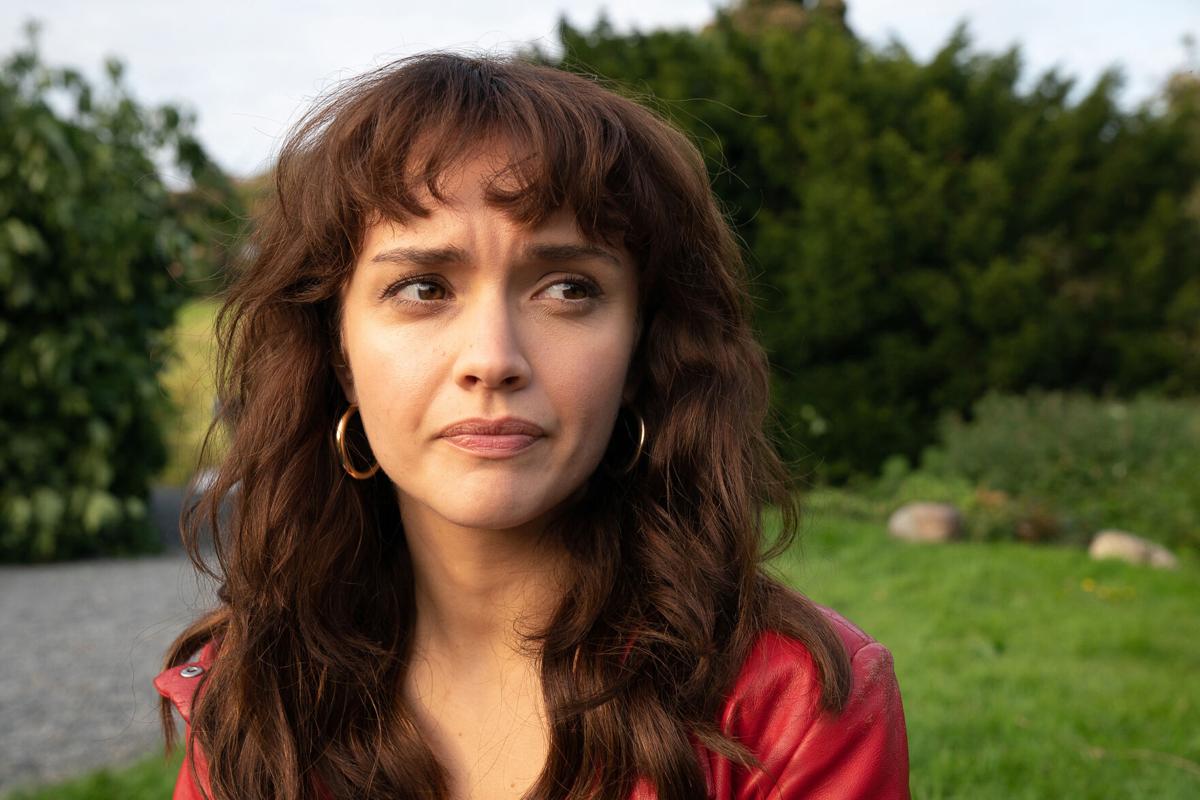 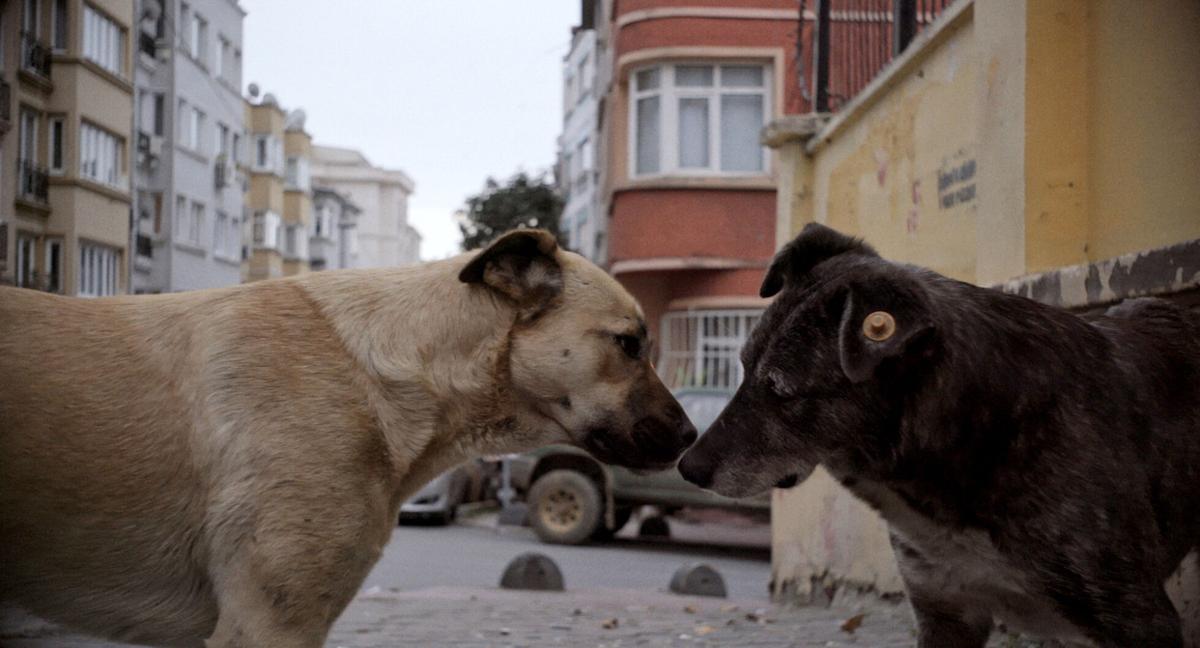 The ostensible subject of the documentary “Stray” is, as the film’s title suggests, a street dog named Zeytin in Istanbul, a city famous for its many stray dogs and cats — and a law that prevents them from being euthanized or held captive. As filmmaker Elizabeth Lo’s camera, seemingly held at knee-height, follows this good girl over the course of many months (aided by a GPS tracker that Lo’s crew placed on Zeytin after every day spent documenting her scrounging, roaming and lounging), we also encounter a couple of other equally charismatic pups: Nazar and Kartal. Those secondary subjects are in addition to several homeless youths we meet from Syria. “Stray” has been touted as a film for dog-lovers, and while it is that, it is also a documentary that asks us a hard question: If we’re so concerned about the welfare of these unhoused canines, why is it so easy for us to turn a blind eye to the two-legged homeless among us? Unrated. Available at afisilver.afi.com, virtualavalon.org and themiracletheatre.com. In Turkish and other assorted languages with subtitles. 72 minutes.

Also streamingThe filmmaking debut of writer-director Maryam Touzani, “Adam” tells the story of a baker in Casablanca who takes in a young pregnant woman. With great delicacy, according to the Hollywood Reporter, Touzani “shows how Moroccan society censures a woman who gives birth outside marriage — not a terribly original theme, but here it is made heart-rending by the superb performances of Lubna Azabal and Nisrin Erradi in the lead roles.” Unrated. Available at afisilver.afi.com. In Arabic with subtitles. 98 minutes.

“Fukushima 50” is a Japanese disaster flick about the workers who helped prevent the 2011 meltdown at the Fukushima Daiichi nuclear power plant from getting worse. It stars Ken Watanabe (“Inception”) and Koichi Sato (“Sukiyaki Western Django”). Unrated. Available at afisilver.afi.com. In Japanese with subtitles. 122 minutes.

The documentary “Gustav Stickley: American Craftsman” examines the life and career of the designer and furniture maker considered the father of the American Arts and Crafts movement. Film Threat calls it a “riveting watch” for anyone interested in early 20th-century design. Unrated. Available at afisilver.afi.com. 67 minutes.

The latest U.S. release from French absurdist Quentin Dupieux (“Deerskin”), “Keep an Eye Out” centers on a police interrogation between a cop (Benoit Poelvoorde) and a witness (Gregoire Ludig) after the latter discovers a dead body outside his home. Like all of the musician/filmmaker’s eccentric oeuvre, the Hollywood Reporter says that “Eye” is “chock full of bizarre happenings that don’t really add up to much but are nonetheless well orchestrated and amusing to watch.” Unrated. Available at afisilver.afi.com and angelikaanywhere.com. In French with subtitles. 73 minutes.

“Martha: A Picture Story” is a documentary portrait of Martha Cooper, known for her work documenting the New York graffiti scene of the 1970s and 1980s. Directed with “infectious zeal,” according to rogerebert.com, the biopic “always feels to be in motion, especially given its excellent editing, fascinating subject, and narrative ambition to honor those on the other side of Cooper’s camera.” Unrated. Available at angelikaanywhere.com. 80 minutes.

Based on Joanna Rakoff’s 2014 memoir about working as an editorial assistant to author J.D. Salinger’s literary agent in the 1990s, “My Salinger Year” stars Margaret Qualley in what IndieWire calls “a halfhearted twist on ‘The Devil Wears Prada.’ “ R. Available on various streaming platforms; also opening at the Cinema Arts Theatre and Bow Tie Harbour 9. Contains strong language and some sexual references. 101 minutes.

According to the Guardian, Olivia Cooke “shines” in the title role in “Pixie,” an Irish-set crime-comedy about a woman on the run from a drug-dealing priest (Alec Baldwin) after a heist goes awry. R. Available on various streaming platforms. Contains violence, crude language, drugs and some sexual references. 93 minutes.

Executive-produced by Nicole Holofcener (“The Land of Steady Habits”), “Sophie Jones” is a coming-of-age story about a 16-year-old (played by director Jessie Barr’s cousin, Jessica Barr). It’s a “quiet, brilliant film, elegant in its smallness,” according to the Playlist. “In the overstuffed indie coming-of-age subgenre, ‘Sophie Jones’ makes an unassuming, honest contribution.” Unrated. Available on various streaming platforms. 85 minutes.

As we wait for the upcoming film adaptation of writer Tim O’Brien’s acclaimed 1990 book about the Vietnam War, “The Things They Carried” — set to star Bill Skarsgard, Tom Hardy, Pete Davidson, Tye Sheridan, Moises Arias and Stephan James — the documentary “The War and Peace of Tim O’Brien” paints a portrait of the writer and Vietnam veteran as he struggles to put words on paper again after years of not writing. Unrated. Available on various streaming platforms. 84 minutes.