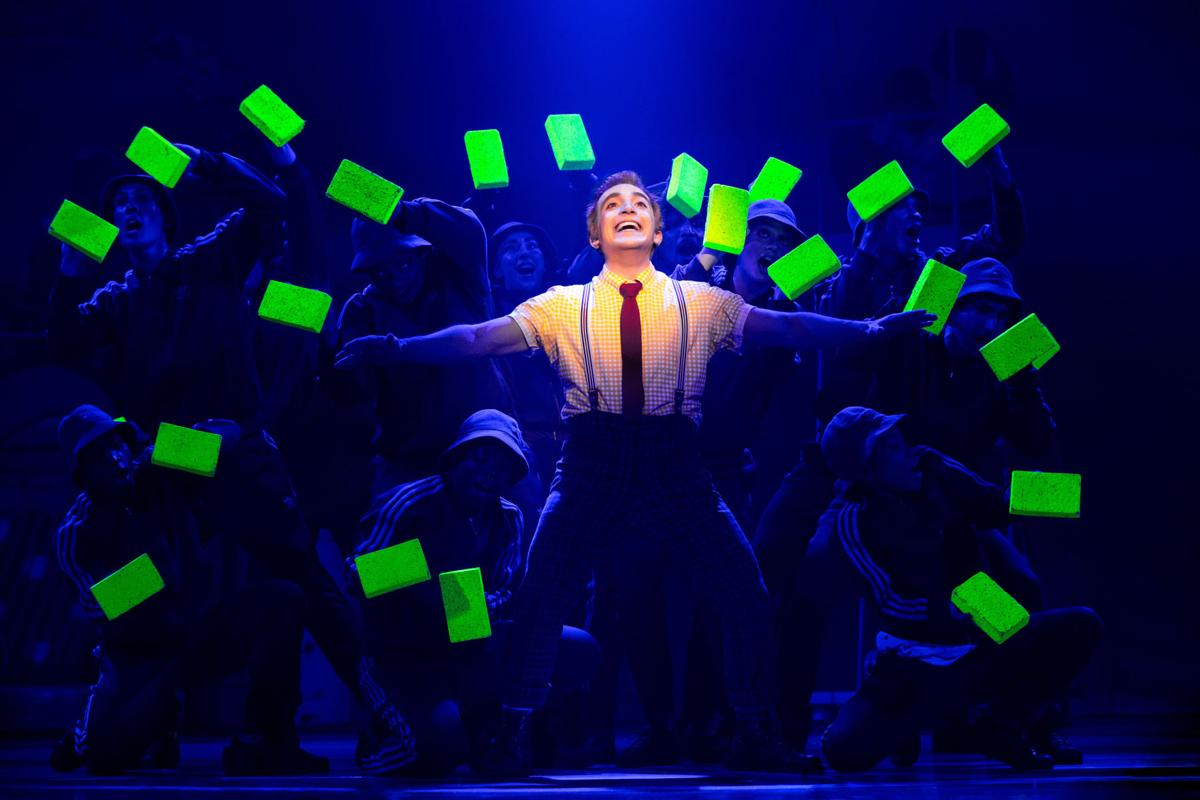 SpongeBob the musical is coming to Longview on Jan. 23 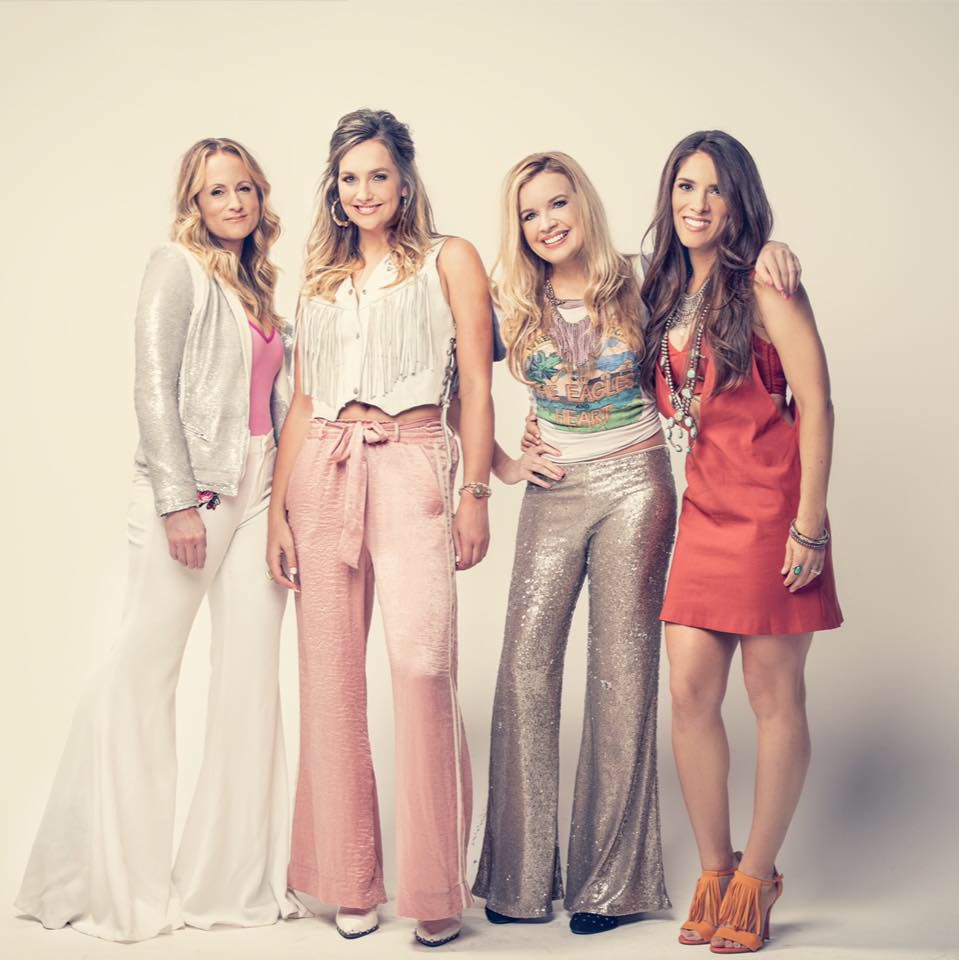 Farewell Angelina is set to perform Friday in Marshall. 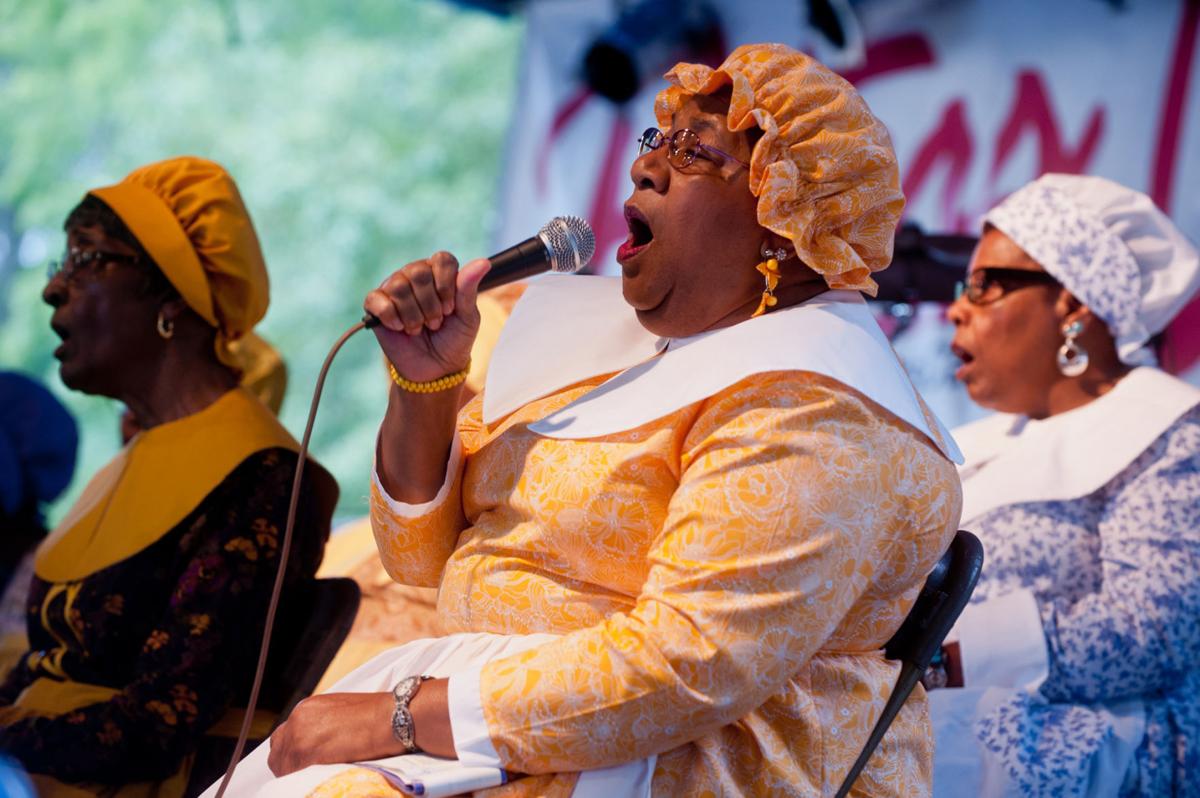 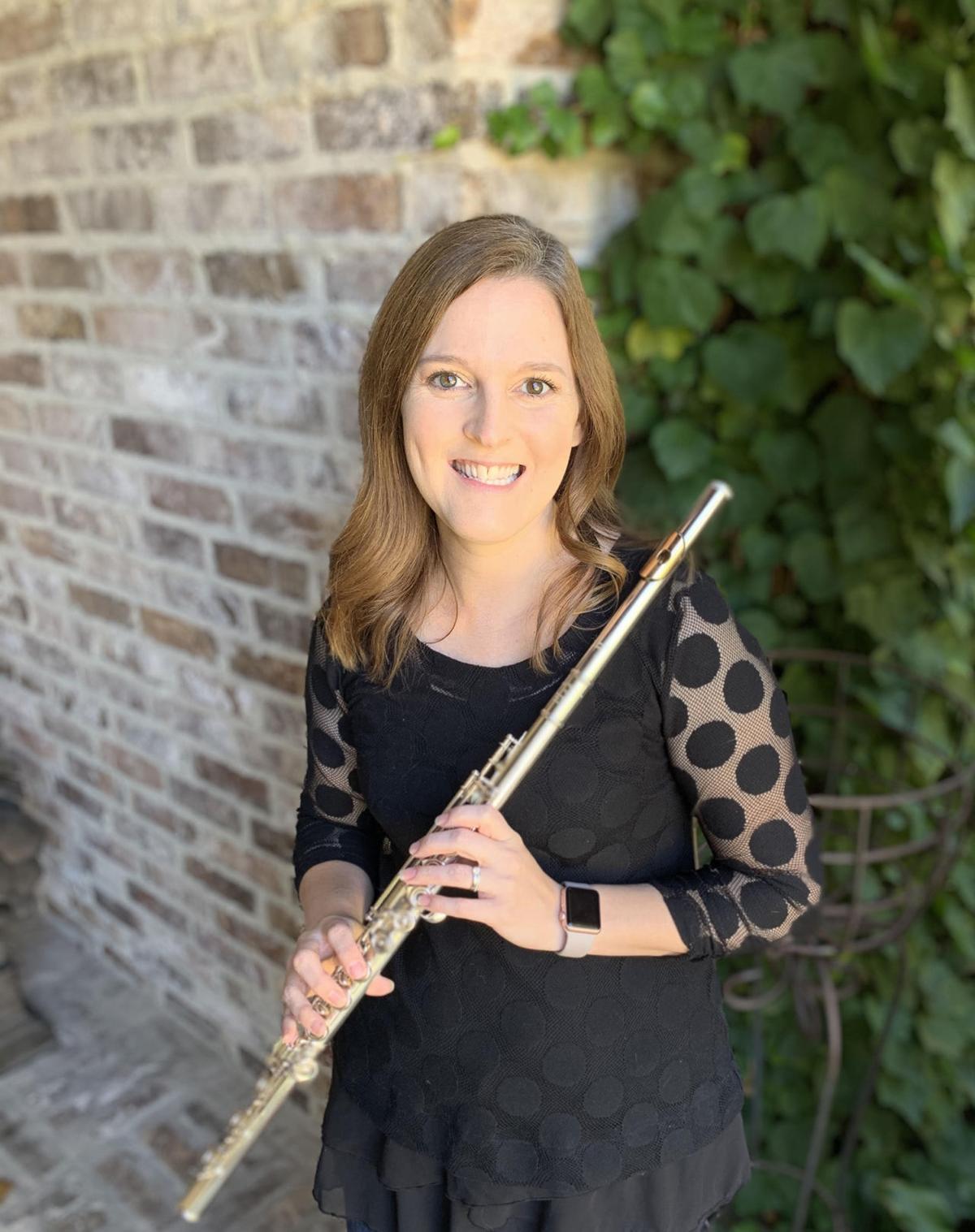 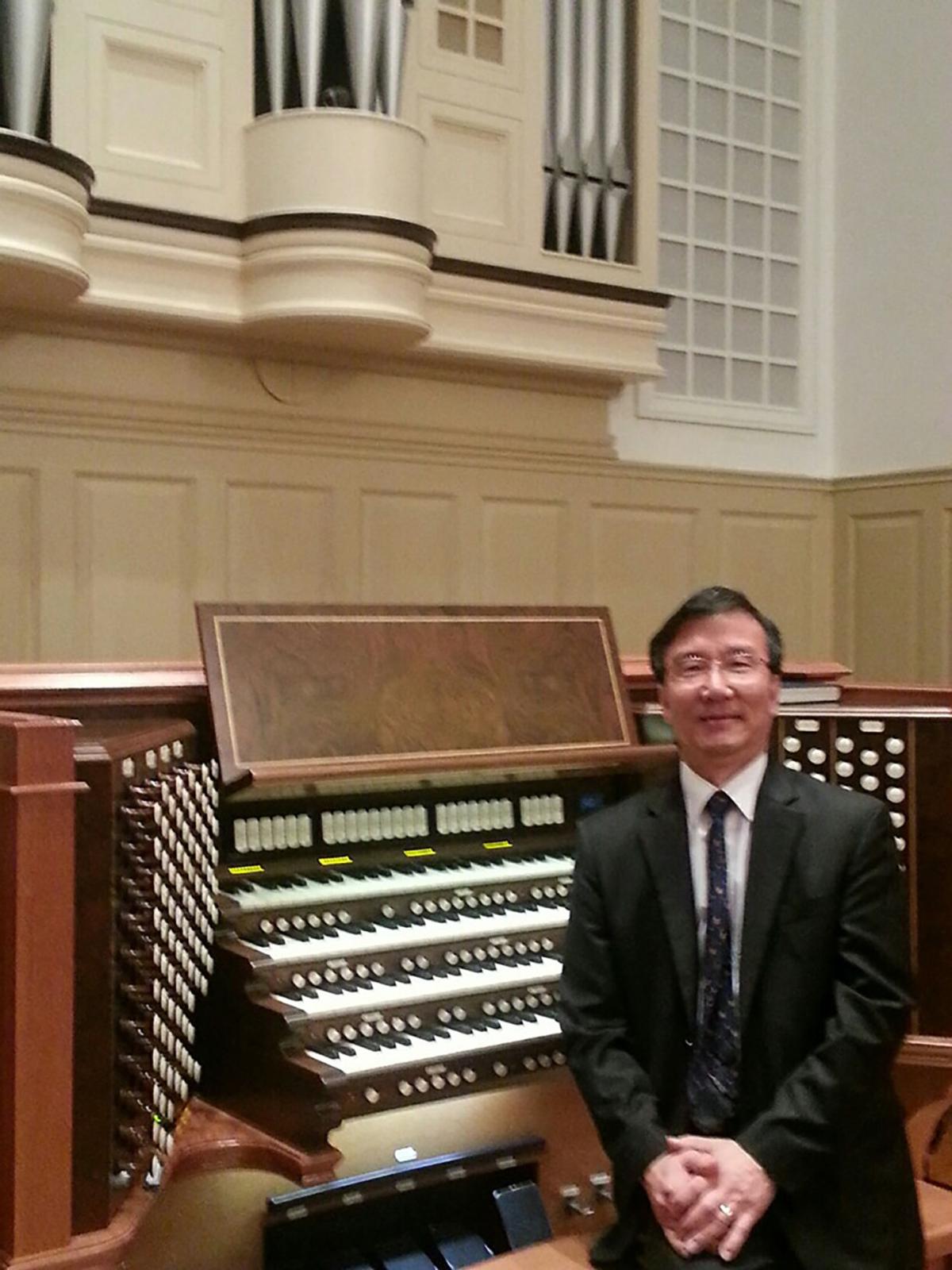 SpongeBob the musical is coming to Longview on Jan. 23

Farewell Angelina is set to perform Friday in Marshall.

The traveling Broadway show “The SpongeBob Musical” will be staged at 7 p.m., Thursday, Jan. 23, at LeTourneau University’s Belcher Center, at 2100 S. Mobberly Ave.

The show brings to life SpongeBob and the other characters who call Bikini Bottom home in Nickelodeon’s hit television show. Tickets cost $55-$85. For information, visit www.belchercenter.com/2019-performance-series/spongebob.html .

Concertgoers may bring a lunch to the dining area at First Presbyterian Church starting at 11:30 a.m. Friday. The concert starts at 12:20 p.m. and ends by 1 p.m. For information, visit www.longviewsymphony.org .

“Rolling Stone” magazine has described the group as “wickedly smart songwriting delivered with a healthy dash of sass... deft playing... into one sonic knockout punch.”

The Pleasant Hill Quilting Group will bring its historical quilting presentation to Longview, for a performance from 11 a.m. to 1 p.m. Saturday at First United Methodist Church, 400 N. Fredonia St.

The group of 10 women tells the story of how quilts played a role in the Underground Railroad, helping slaves escape to freedom. The women’s presentation includes stories about the quilts, skits and songs, including spiritual hymns.

Soul music at the Oil Palace

The Oil Palace will present “An Evening of Southern Soul” at 8 p.m. Saturday.

More information about the concert and the ability to buy tickets online are available at oilpalace.com . The auditorium is located on Texas Highway 64, just east of Tyler.

Robert Ellis, who promotes himself as Texas Piano Man, is set to perform 7 p.m. Saturday at Liberty Hall, 103 E. Erwin St. in Tyler.

Opening the concert will be singer/songwriter Jamie McDell of New Zealand.

Tickets cost $22 or $28 and are available at libertytyler.com .

The East Texas Boat & RV Show offers a chance to prepare for summer fun and activities for children. The show runs from noon-7 p.m. Friday, 10 a.m.-7 p.m. Saturday and10 a.m.-5 p.m. Sunday at the Maude Cobb Convention and Activity Complex, at 100 Grand Blvd. in Longview.

The event includes the Hayes RV Kids Adventure Camp and Gamesters Paradise Bus. Admission is $8 for adults and children ages 13 and older; $5 for people ages 70 and older, active military personnel and veterans; and free for children 12 and younger. For information, call (903) 237-4016 or visit www.boatrvshow.com or on Facebook at facebook.com/EastTexasEXPO .

Pruitt to open season at Texan

The Texan Theatre, 209 E. Tyler St. in Athens, will begin its 2020 season with a concert by Wesley Pruitt Band at 7 p.m. Saturday. Little Universe will open the show.

Tickets are $10 for general admission and $15 for reserved seating and can be bought at thetexanathens.com .

The Longview Museum of Fine Arts and Keeping Live Music Alive Concerts will present Brian Dunne in concert at 6:30 p.m. Saturday at the art museum at 215 E. Tyler St.

Dunne’s music has been described as “grounded in Hank Williams, Neil Young and Ryan Adams” by “Songwriting Magazine.”

TJC to host ‘Love Under the Stars’

Couples can enjoy “Love Under the Stars” from 7-9:30 p.m. Feb. 14 and 15 at Tyler Junior College’s Earth and Space Science Center featuring Hudnall Planetarium.

“This year’s dome show will feature our brand-new Digitarium Aethos 4K laser-projection system to present a vivid and immersive program that includes a discussion on love stories about the constellations and the mythology behind them,” Beau Hartweg, TJC science center director, said.

Hartweg said the program under the 40-foot dome will also look at the constellations and offer a virtual tour through the solar system and places inspired by love.

Scott Montgomery, a concert organist, is set to give a free recital at 5 p.m. Sunday in the sanctuary of Marvin United Methodist Church, 300 W. Erwin St. in Tyler.

In 2006, Montgomery won the top prize at the American Guild of Organists’ National Young Artist Competition. He is the associate director of music and organist for Central United Methodist Church in Fayetteville, Arkansas. He performs throughout the nation and has recorded three CDs.

The presentation is part of the church’s concert series.

The theme is “Loads of Love.” Attendees are requested to bring laundry detergent pod donations for residents of The Salvation Army’s Center of Hope in Tyler.

The event will feature a fajita dinner, silent and live auctions, door prizes and entertainment.

The Longview Museum of Fine Arts is seeking entries for its Longview 150 Sesquicentennial Landmarks Exhibition, which will be held April 11-June 27.

A donation from the Summerlee Foundation has made the exhibit possible. It will feature the works of local artists based on Texas registered landmarks within the city of Longview. Interested artists should view guidelines at www.lmfa.org/upcoming-exhibit/longview-150-sesquicentennial-landmarks .

ArtsView Children’s Theatre will mark Longview’s 150th birthday during its Original Works Performance Camp, with entries accepted for plays to be performed during the April camp.

Entries in the “Back Porch Stories” contest may be submitted in four age categories from kindergarten through adults by Feb. 13. Plays should be centered around Longview’s past, present or future.