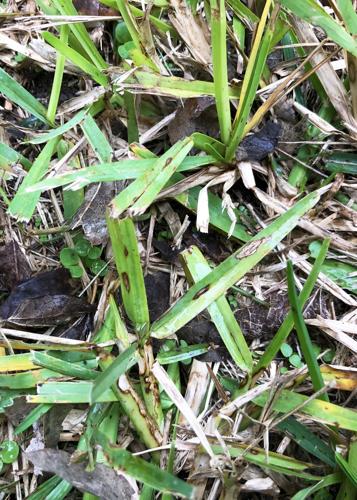 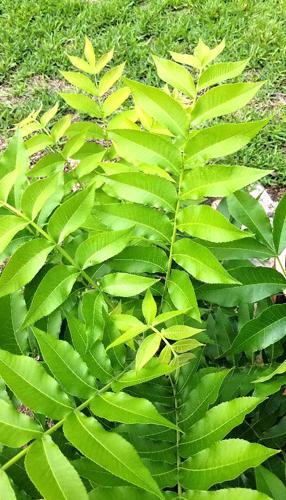 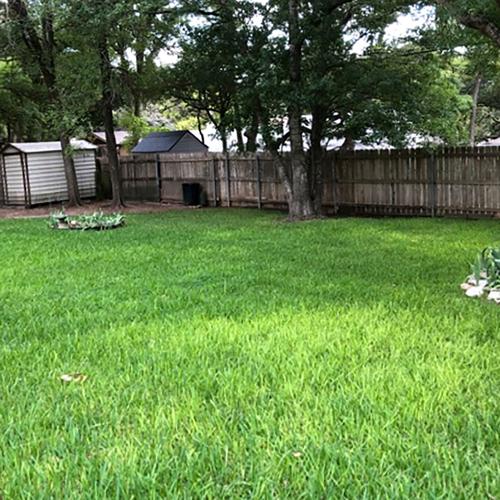 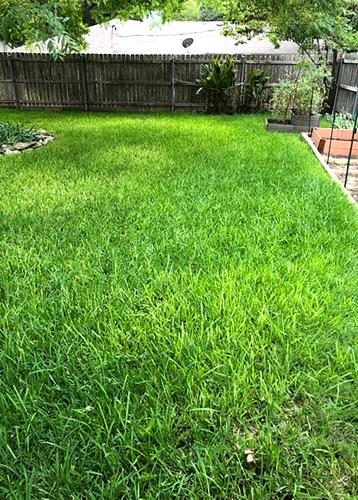 Dear Neil: We live in one of the areas that has not received excessive rain but our grass has developed yellowed areas. What is wrong and what do I need to do?

Answer: If it were April, I would be thinking this is probably take-all root rot. It’s a cool-season (generally spring) fungal disease that attacks the grass roots causing them to be shortened and very dark. I’ve seen it hit in September and October (rarely), so you probably ought to check to be sure. Gray leaf spot gives somewhat the same symptoms, but it generally attacks during the hot weather of July and August. It’s more likely that fungus still hanging around. You’ll see gray/brown lesions on the St. Augustine blades within the discolored areas of turf. Gray leaf spot is greatly accelerated by applications of nitrogen fertilizer during hot weather. That’s what prompts our warnings not to feed your St. Augustine between mid-June and early September. The fungicide Azoxystrobin is labeled to control both diseases, making at least that part of the diagnosis a bit easier.

Dear Neil: We need some help identifying and controlling this wild growth. It originated where we had a non-producing pecan cut to the ground last winter. It came up in the spring and has grown more rapidly than anything we have ever seen. Should we dig it up and trash it or will it turn into something desirable?

Answer: If it came up where you cut a pecan to the ground, there’s about a 100% chance that it is a sprout from that tree’s rootstock. When trees are cut back or broken off and still have healthy root systems, it is very common for them to send out extremely vigorous new shoots. This is basically going to be a native pecan if that’s the case, probably the same non-producing tree that you tried to remove. Trace this new shoot back into the soil. If it appears to be coming from a bigger stump, and if you wanted to kill the whole thing out, you could drill into that stump and pour a broadleafed weedkiller (containing 2, 4-D) directly into the hole that you have made. The best time to do that would be very early spring.

Dear Neil: Several of our trees, a couple of them quite tall, are losing an excessive amount of bark. It is chipping off and falling onto the grass below. Is this an indicator of a problem or just a seasonal issue?

Answer: It could be either. The extreme cold of February 2021 caused what is known by professionals as “radial shake.” Bark ruptured following the cold much like a windshield will crack when a stone ding is exposed to very rapid warm-up on a frosty morning. Subsequently, bark has popped loose from the trunks of oaks and a few other species and many of those damaged trees have fallen or been taken out. From another standpoint, bark is a dead tissue, so as a tree grows, its bark sloughs off in small pieces. That’s normal. The best indicators of whether you have a problem is the density of the leaf canopy and whether you see new bark forming beneath the old bark. If you’re still concerned, you should probably have a certified arborist or veteran forester take a look at the trees.

Dear Neil: Is there any way to prevent squash vine borers? They ruined my plants this year.

Answer: As you know all too well, squash vine borers are among the most difficult of all insects to eliminate. The adult is a black and orange, swift-flying moth. They lay their eggs at the bases of susceptible plants (most plants from the cucumber family). The eggs hatch and the larvae tunnel into the stems of the plants. They feed there, and in the process they block the flow of water to the rest of the plant resulting in wilting and death. The larvae feed for up to six weeks before they emerge, then burrow 1 to 2 inches into the soil where they remain for the next year to start the process over again.

To break the cycle, rotate your crops by planting non-cucurbits in that area for a couple of years. Perhaps your best tool in coping with squash vine borers is use of a floating row cover (the lightweight type that allows good sun penetration). Place it over your vining cucurbits when you first see the vine borer adult moths. Secure it to the ground tightly so that no moths can get in beneath it. University entomologists suggest leaving it in place for two to three weeks after the first adult moth has been seen. That will often be the entire run of the life cycle for the pest for that year. You may be able to miss the outbreak at that point. If you still have some invade the stems, use a sharp knife to slice through the stems until you find the borers. Pluck them out and cover the stems with loose, moist soil in the hopes that they will form new roots there. If you lose any plants remove them right away.

— Have a question you’d like Neil to consider? Mail it to him in care of this newspaper or e-mail him at mailbag@sperrygardens.com. Neil regrets that he cannot reply to questions individually.

Originally published on tylerpaper.com, part of the TownNews Content Exchange.