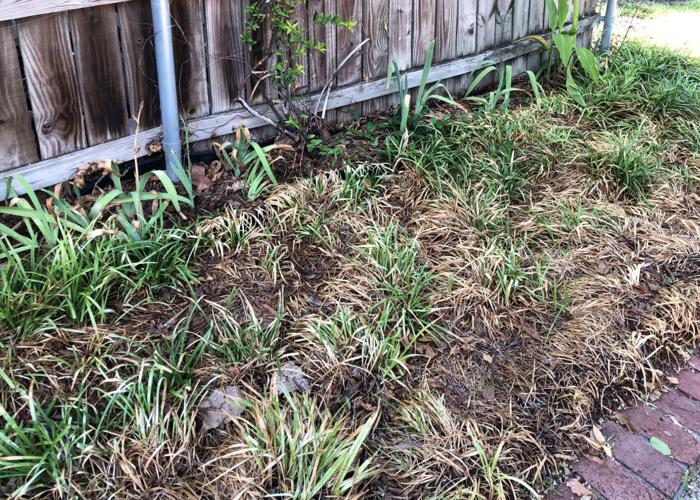 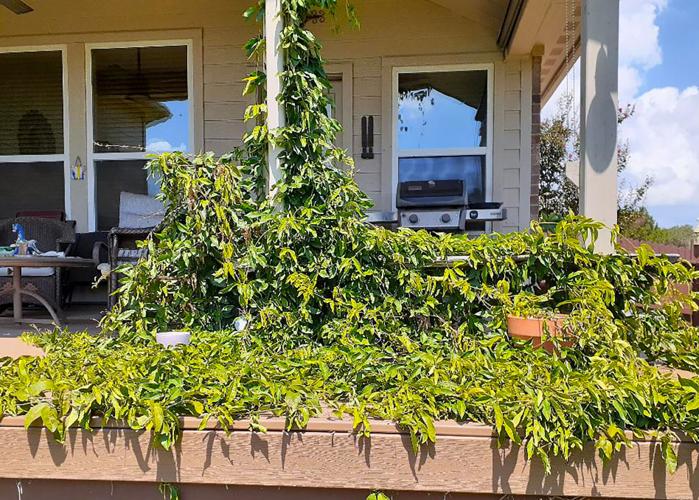 How to control unwanted vine 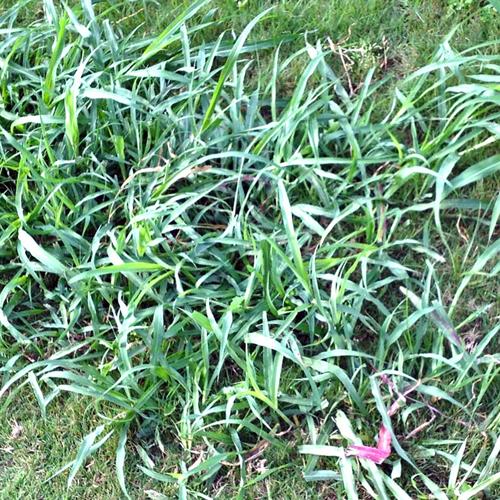 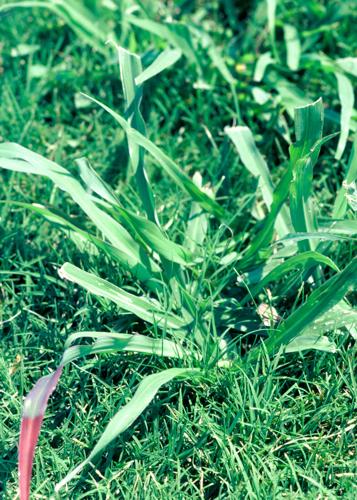 Glyphosate will kill both Johnson grass and Bermuda grass for new garden.

How to control unwanted vine

Glyphosate will kill both Johnson grass and Bermuda grass for new garden.

Dear Neil: My monkey grass browns many summers but it never has done it this badly. What caused it to do this?

Answer: This was an unusually rough summer on monkey grass (also commonly called mondo grass). I had many inquiries about similar browning and even dying plants. I experienced a bit of it in my own landscape as well. I watered very carefully, but I don’t believe the plants could take the water in as quickly as they were drying out at the high temperatures. I will say that once we had a couple of good rains my plantings looked a lot better almost overnight. Check to see if your water source has high levels of mineral salts. Sodium can accumulate and cause leaf burn. If you don’t get rain periodically it can build up to harmful levels.

Dear Neil: How can I control this vine? I planted it a few years ago and it has gone crazy. I’ve cut it back to its roots a number of times, but it keeps coming back. How can I eliminate it permanently?

Answer: Cut it off at the ground and then cover the ground with a roll-type mulch from the nursery or hardware store. You can conceal that with bark mulch or compost. Leave it all in place for one growing season and it will choke out your weedy vine. You could also spray the regrowth as it gets up to 8 or 12 inches out of the soil next May with a broadleafed weedkiller (containing 2,4-D). Read and follow label directions for best results.

Dear Neil: We have a new house and will have space for our first vegetable garden next spring. However, there is a good bit of Johnson grass there now. It was brown during the summer, but with the rain it has started to grow once again. How can I get rid of it so it won’t be a problem in our garden?

Answer: Let it grow for a couple more weeks to get more leaf surface. You’ll want to spray with a glyphosate-only herbicide such as the original Roundup or one of its clones. They are very effective at killing all types of grassy weeds, yet they do not contaminate the soil. It must be applied to as much leaf area as possible to give the best results, and allow it two or three weeks to be carried through the plants and their roots so it can do a thorough job of killing the entire weed population. Rototill the area late this fall with a rear-tine rototiller, raking carefully to remove all the roots and other debris. Shred fallen tree leaves through your mower and work them into the top 4 to 6 inches of soil so they can break down over the winter.

Around the first of January you can work compost, rotted manure and even sphagnum peat moss into the soil, along with expanded shale if you are amending a heavy clay. You’ll love the rear-tine tiller if you have never used one before. By preparing the soil ahead of time it can “mellow” over the winter and be ready for your first spring plantings, probably onions, soon after the first of the year.

Dear Neil: I planted a Japanese maple on the south side of my house last spring. I have been careful to keep it watered all summer but it still is very brown. Do they not tolerate a southern exposure?

Answer: Japanese maples are native to cool, moist parts of Japan. As such, they aren’t especially happy in hot, sunny exposures in Texas. We need to plant them where they won’t get direct sunlight after 9 or 10 in the morning during the summer. If they’re in total shade, that’s even better. Low humidity and high temperatures also take a toll on them, so that further limits their adaptability west of I-35. If the southern exposure you’re describing has no shade, plan on moving your tree this winter while it’s dormant. Hopefully it won’t be too late to save it.

Dear Neil: How can I know when I need to have a Bradford pear taken down? I know that they split as they age. Is there a way to predict when that might happen?

Answer: If you have a certified arborist looking at your trees, he or she can get a pretty good idea. It’s usually after they’re 12 to 15 years old. I learned the hard way many years ago (when we all were learning the mistakes of planting them) when my tree split on a perfectly still day. The center three branches had been turning pale green and yellow for a couple of years. All of the other branches were doing fine. When the tree split I could see the debris that had been pinched in the narrow branch angles in the center of the tree and how decay had set in. Nutrients weren’t getting to those discolored parts of the tree. If your tree would do any type of damage to your house or car or injure anyone should it split, you need to have a veteran arborist inspect it carefully. It’s better to have it removed prior to a problem.

Dear Neil: Can I stick runners of my Asian jasmine into a new bed and have it root and grow?

Answer: I don’t believe that’s going to work. Asian jasmine is propagated in mist beds under greenhouse conditions. I will have to say that, even though it’s the most popular groundcover in Texas, it’s not the easiest one to get started. The potted transplants aren’t that expensive. They’re a much better alternative.

— Have a question you’d like Neil to consider? Mail it to him in care of this newspaper or e-mail him at mailbag@sperrygardens.com. Neil regrets that he cannot reply to questions individually.

Originally published on tylerpaper.com, part of the TownNews Content Exchange.