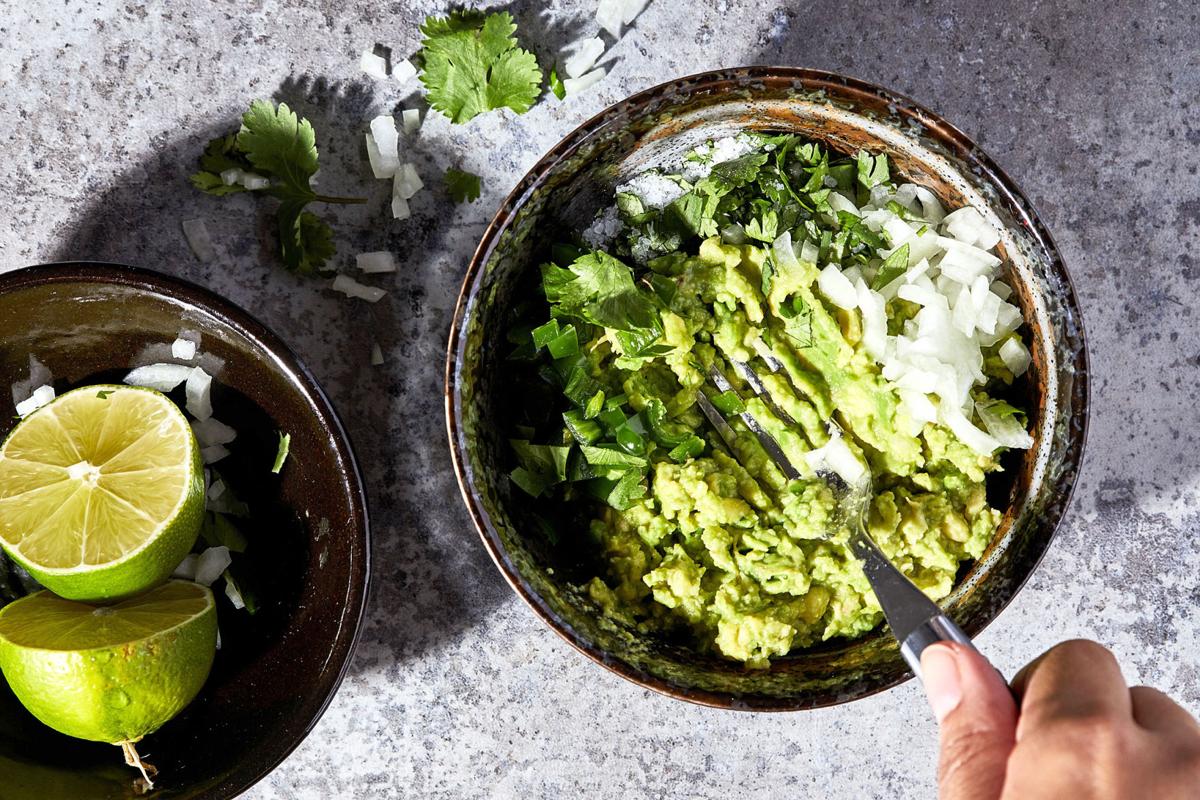 You need nothing more than a bowl and dinner fork to assemble guacamole. 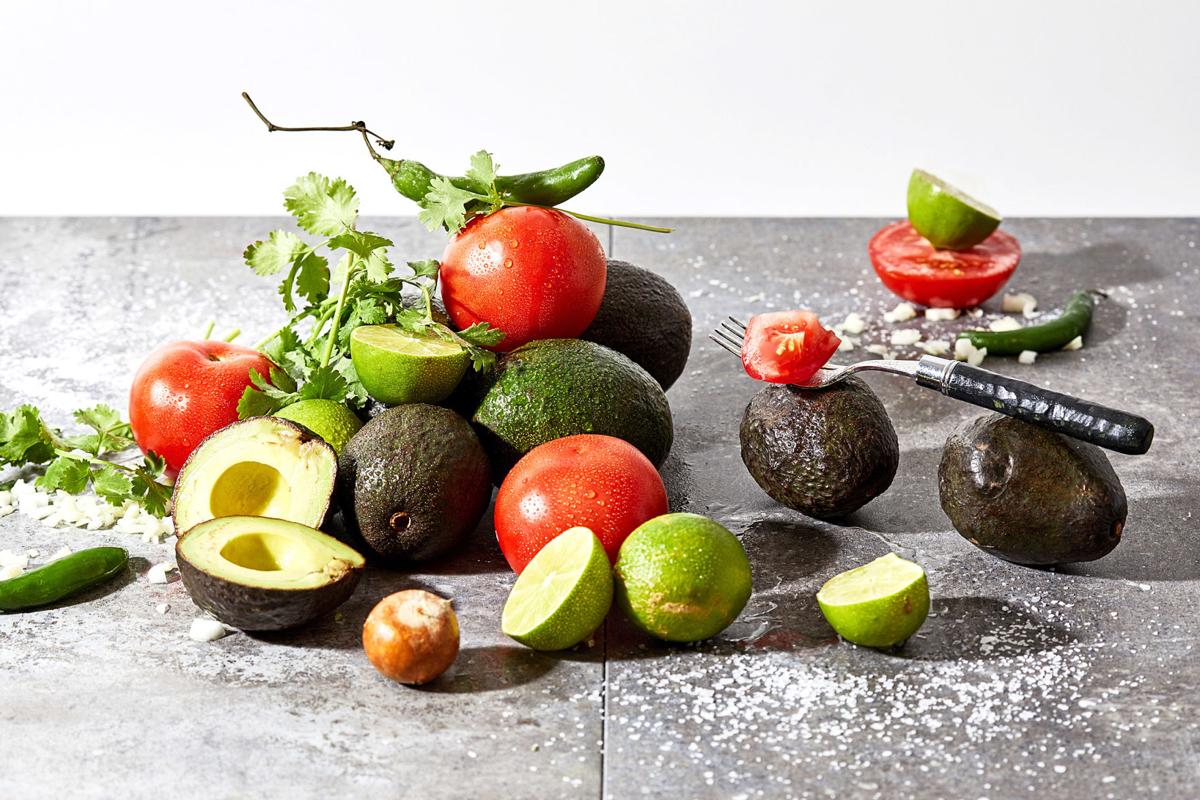 These ingredients make a better bowl of guacamole.

You need nothing more than a bowl and dinner fork to assemble guacamole.

These ingredients make a better bowl of guacamole.

Food controversies are a dime a dozen these days, but those of us with any long-term memory — or at least those of us in the business of eating — are unlikely to forget the uproar when The New York Times had the audacity to include peas in guacamole.

Reaction was generally harsh and swift (never mind the recipe was a few years old by the time the furor-inducing tweet to the recipe was sent). Whether you view the pea guac as an affront, or merely an attempt to mix up a very popular dish, it at least raised the question of what makes a good guacamole.

Answer: not a lot, actually, in terms of ingredients or effort. To help perfect this staple synonymous with Mexican food, we turned to an expert on the cuisine, chef and cookbook author Pati Jinich (the new season of her public television series, “Pati’s Mexican Table,” debuts nationwide Friday). “I feel very strongly about guacamole,” she says. Well, in that case...

The avocados. Ripe, ripe, ripe, ripe, ripe. Jinich says the biggest mistake home cooks make is using avocados that aren’t ready for prime time. Look for fruit that gives slightly to pressure and fills its skin. Cook’s Illustrated suggests flicking the stem. If it comes off easily and shows green flesh underneath, the avocado is ready to use.

Cook’s Country recommends using Hass avocados over the Florida avocados you might also see in the store. Hass are creamier thanks to their higher amount of fat and smoother texture, with an earthier, more robust flavor than the sweeter, more pulpy Florida avocados.

Mixing and mashing. Resist the temptation to puree your guacamole to oblivion, which is often what you’ll find at the grocery store. You don’t necessarily have to go the complete opposite direction, either, by investing in a restaurant-style molcajete. Jinich says you need nothing more than a bowl and dinner fork to assemble guacamole. Cook’s Illustrated had a more novel approach in its most recent guacamole recipe, which involved using a whisk to create a creamy but still somewhat chunky texture.

There’s plenty of room for interpretation on how far you want to take mashing. For dipping and situations where guacamole plays a starring role, leave larger pieces of avocado. Try something smoother if you’re incorporating it into tacos or burritos. You can go for a hybrid approach by mashing some of the avocado and dicing the rest.

Seasoning. “I love guacamoles that highlight the taste of the avocado,” Jinich says. So don’t go overboard. Lime juice, a standard ingredient, itself is controversial. Not everyone believes in adding it to guacamole, including cookbook author and Mexican food authority Diana Kennedy, whose recipe Washington Post Food editor Joe Yonan championed in a guacamole Super Bowl smackdown more than a decade ago. Jinich can’t abide “crazy additions of cumin... I think it just kills the freshness of the avocado.”

Equally important: Don’t underseason. Because avocados are so buttery and smooth, you’d do well to make sure there’s some contrast and brightness. Jinich likes to keep it pretty low-key. In addition to lime juice (1 tablespoon per avocado or two), she adds onion, sea or kosher salt, cilantro, and a jalapeño or serrano pepper. Taste as you work — you can always add more seasoning. To ensure the seasoning is broken down for even, easy distribution, you can try the Cook’s Illustrated strategy of mincing the onion and pepper with kosher salt to form a paste.

Even if you’re not using additional ingredients, there are still ways to impart additional flavor. Jinich makes a smoky guacamole by charring the hot pepper, onion and garlic in a skillet or under the broiler until they’re blackened. Our former Smoke Signals columnist, Jim Shahin, took it a step further by briefly grilling the avocados.

The rest. “A lot of people like to add tomatoes to their traditional guacamole,” Jinich says, which she’s okay with up to a certain extent. That means checking the quality of the tomatoes. If they’re watery, they will just ruin the texture and flavor of the guacamole. Consider seeding the tomato, too.

Try topping your guacamole with fun and interesting ingredients, rather incorporating them into the guacamole itself. Jinich’s partial list of possibilities includes crab meat, chorizo, queso fresco and pomegranate seeds. This is generally where Jinich adds roasted cherry tomatoes, rather than raw, diced tomatoes.

Serving. The most popular accompaniment is tortilla chips. But I won’t discourage you if you prefer to eat your guacamole with pita chips or crudités. Don’t stop there, though. Try it scooped into hard-boiled eggs or atop grilled fish. Even inside a sandwich is great.

Guacamole is obviously a party favorite, the kind of thing that can hang out while guests mix and mingle. In “Keys to Good Cooking,” Harold McGee sets a four-hour maximum for how long it and other similar dips can sit at room temperature. If you anticipate needing it longer than that, leave half the batch in the refrigerator, and replace or replenish as needed.

Should you have any leftovers — unlikely, but possible — cover the surface with plastic wrap and refrigerate. It will hold up for about a day in the fridge, and even if you get some discoloration on top, all you need to do is mix it back up until the browning disappears.

As to the guacamole disappearing? That will take care of itself soon enough.