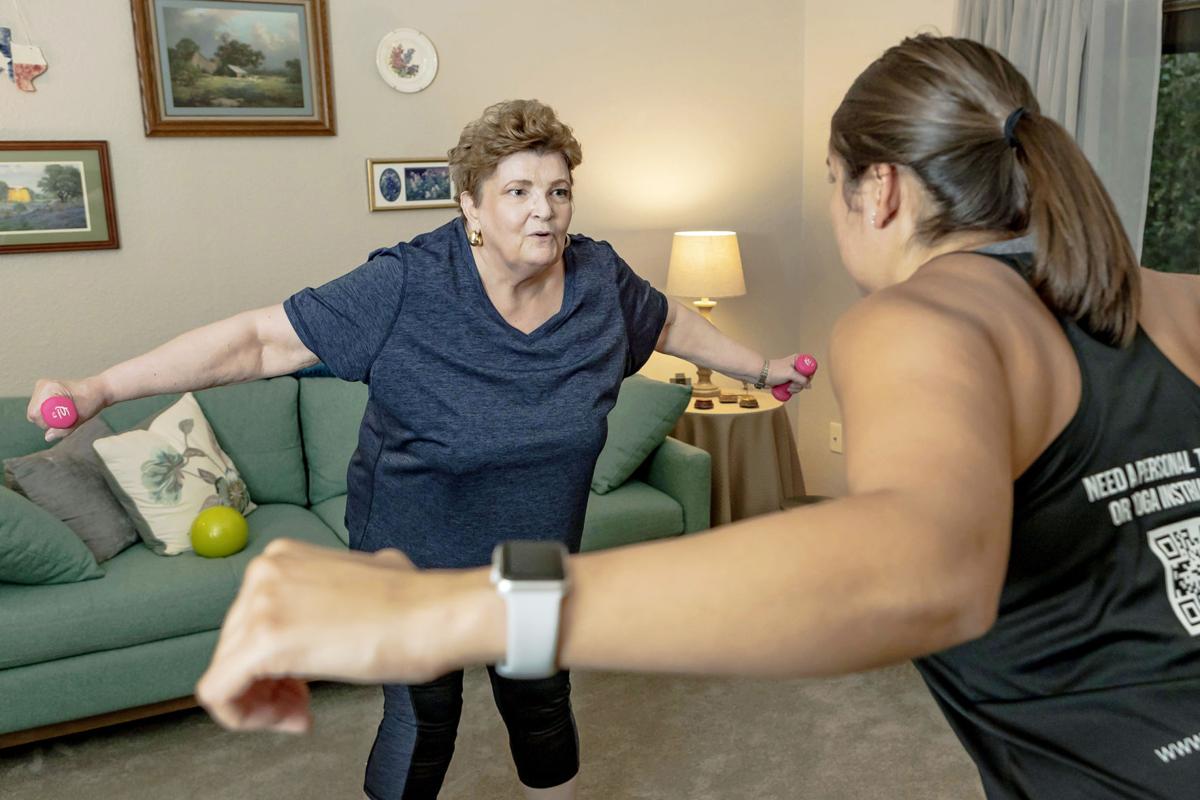 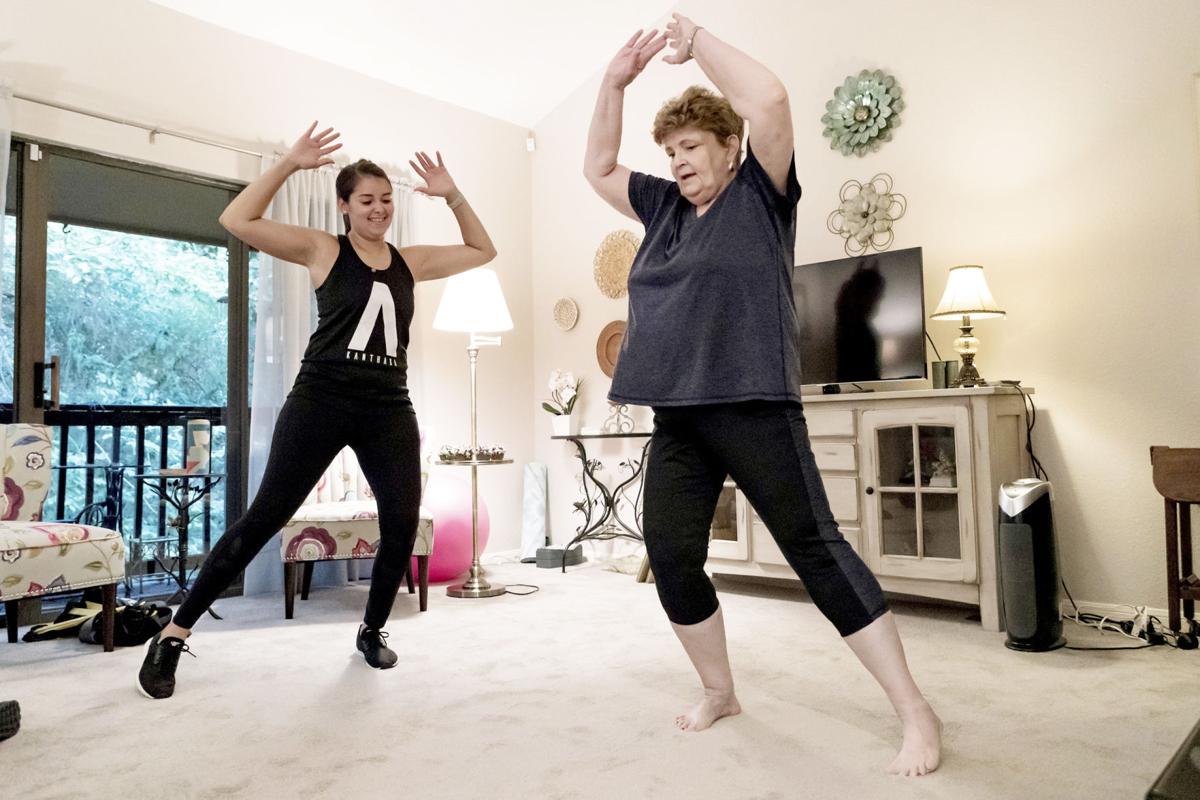 HOUSTON — Sylvia Kampshoff worked long hours as a finance lawyer when she moved to Houston in 2015, sometimes going into the office at 4 a.m. and leaving the next day at 3 a.m. Her workouts were limited to days when deals fell through and she suddenly had free time.

The Houston Chronicle reports personal trainers weren’t available on such short notice, prompting Kampshoff to create the Kanthaka fitness app that allows users to schedule same-day workouts with nearby yoga instructors or personal trainers who go to their homes. Kanthaka also allows these in-home workouts to be scheduled up to four weeks in advance, making the app attractive to both people strapped for time and people intimidated by loudly grunting gymgoers.

“They don’t want to go to a gym,” Kampshoff said. “And traveling here in Houston, if you leave at 6 p.m., it’s awful. So if the trainer can do that for you, of course it’s better.”

Kanthaka (pronounced kan-tah-ka) became Kampshoff’s full-time job in May 2017. The service has grown to about 2,000 people creating accounts on the app and 250 vetted trainers in Houston, Austin, San Antonio, Dallas, Atlanta, New York and Los Angeles. In Houston, users pay $42 for a 45-minute session (or $78 for a trainer with at least eight years’ experience) and $50 for a one-hour session ($90 for the more experienced trainer). The per-session prices drop when purchasing a monthly package; the cost of a 45-minute session, for example, drops to $34 an hour with a 12-session package.

The company is chasing a personal trainer industry that generated $9.1 billion in revenues last year in the U.S. and is expected to generate $9.6 billion in revenues in 2024, according to market research firm IBISWorld. And Kanthaka is not alone in chasing this segment.

Other apps such as Nike Training Club use pre-recorded videos to guide people through at-home workouts. The Workout: Gym routines planner will build a custom workout plan tailored to the user’s fitness goals and abilities. ClassPass is a monthly subscription service that allows users to access in-person fitness classes at a variety of gyms or studios.

Kampshoff said Kanthaka differentiates itself by sending personal trainers to users’ homes. And to ensure this is a safe experience, each trainer is vetted based on four criteria. First, they must be certified from groups such as the National Academy of Sports Medicine, the American Council on Exercise and the Yoga Alliance. These certifying agencies require an understanding of human physiology and proper training techniques based on a person’s body type, goals and age.

“Those certifying agencies, their No. 1 concern is you don’t get in there and hurt a client,” said Chip Collerain, head of trainers for Kanthaka.

Kanthaka trainers must also carry at least $1 million in personal liability insurance, pass a criminal background check on local, state and federal levels, and complete an in-person or video interview with Collerain. Since 90% of clients and 65% of trainers are women, the app allows both parties to choose if they want to work with only female trainers or clients.

Bebe Pierce, 67, requested a female trainer. She wanted someone who would be supportive and encouraging, but not overly pushy.

“I’ve talked to other people in my office and they said, ‘How in the world did you find a trainer who comes to you?’” Pierce said.

A personal trainer comes to her Houston condo three times a week. And since starting the routine in late July, Pierce said she has more energy and her mood has improved. She’s also dropped a blouse size.

“(Kampshoff’s) app and her idea are just perfect for someone who’s never had a trainer,” Pierce said.

Collerain, who has invested $50,000 in Kanthaka, said the app also helps personal trainers. Collerain earned his certification from the National Academy of Sports Medicine and became a personal trainer after retiring from his previous job at an oil field engineering firm in 2017. But it was hard to find clients.

“Finding clients involves running ads, putting flyers out, hitting all the socials,” said Collerain, 49. “It’s a lot of work to market yourself.”

Kanthaka, on the other hand, cuts down on these marketing efforts and expenses by providing the app’s users with trainer reviews, certifications and biographies. And Collerain described the pay for Houston trainers, who receive $30 of the $50 customers pay for a one-hour session and $26 of the $42 customers pay for a 45-minute session, as middle of the road. It’s more than what personal trainers make at big box gyms, but less than some high-end specialty boutiques or trainers.

Last month, the app scheduled 250 exercise sessions and produced $11,000 in revenue. Kampshoff expects the company’s revenues will reach $30,000 a month early next year, which helps position it for another round of fundraising. The company has thus far raised $110,000 from Collerain and other angel investors — wealthy individuals who invest their own money into startups.

And Kampshoff said she’s recognized that not everyone wants spontaneity when it comes to exercise. Most prefer to schedule sessions further out, meaning Kanthaka could become a subscription-based model in the future.

in which users pay a recurring monthly fee to access a certain number of workout sessions.

“Nobody is as spontaneous as I wanted to be,” she said. “They really want this long-term commitment.”