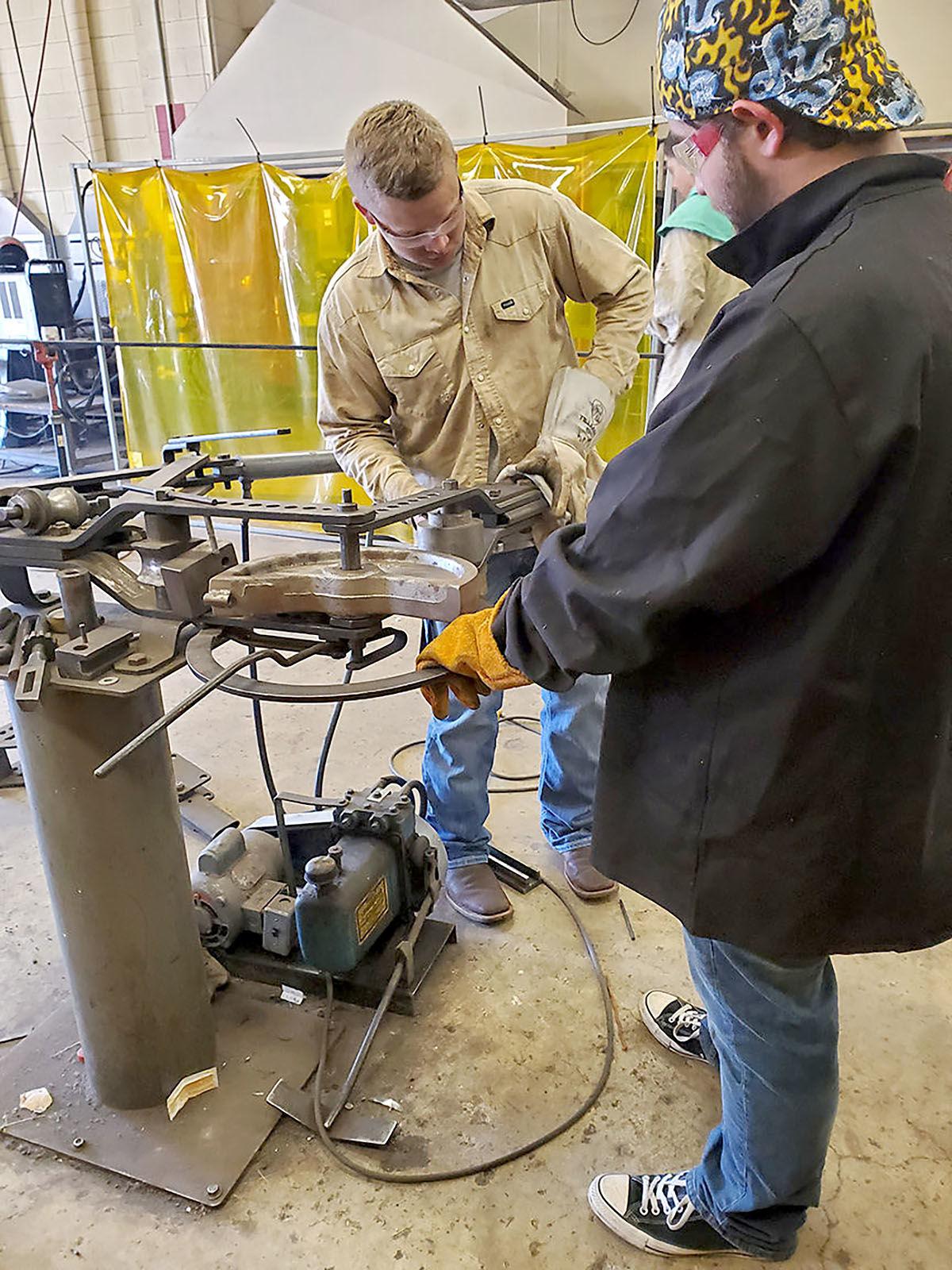 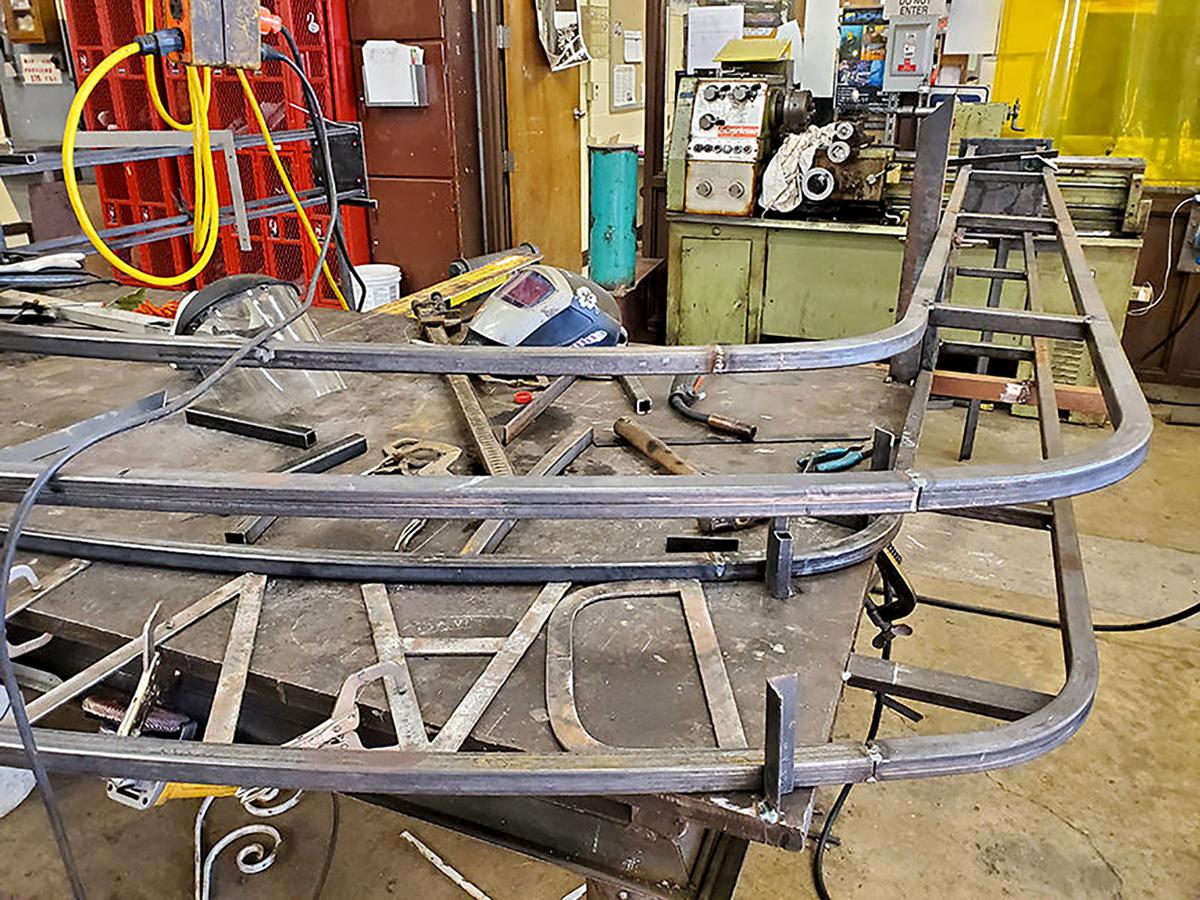 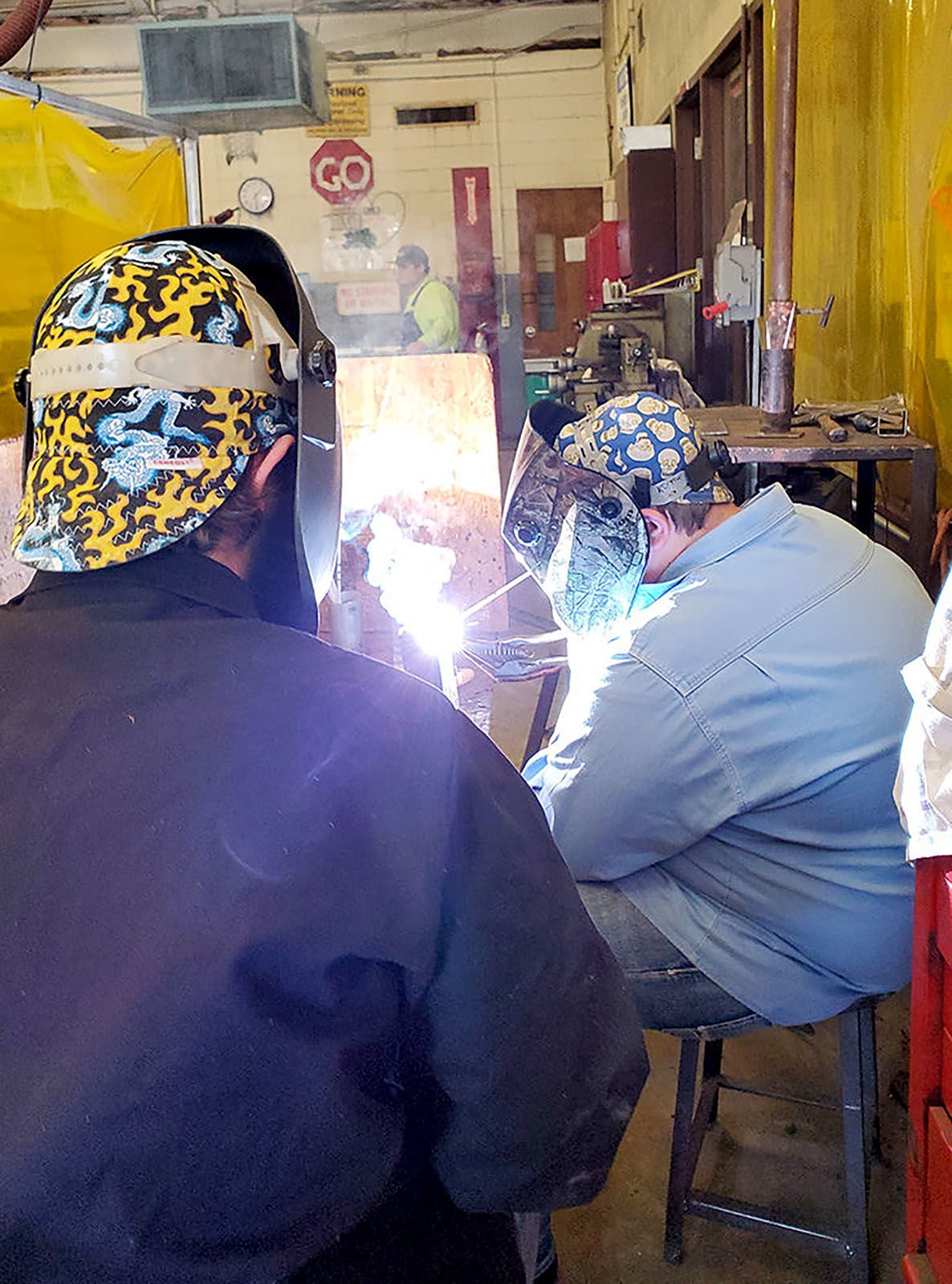 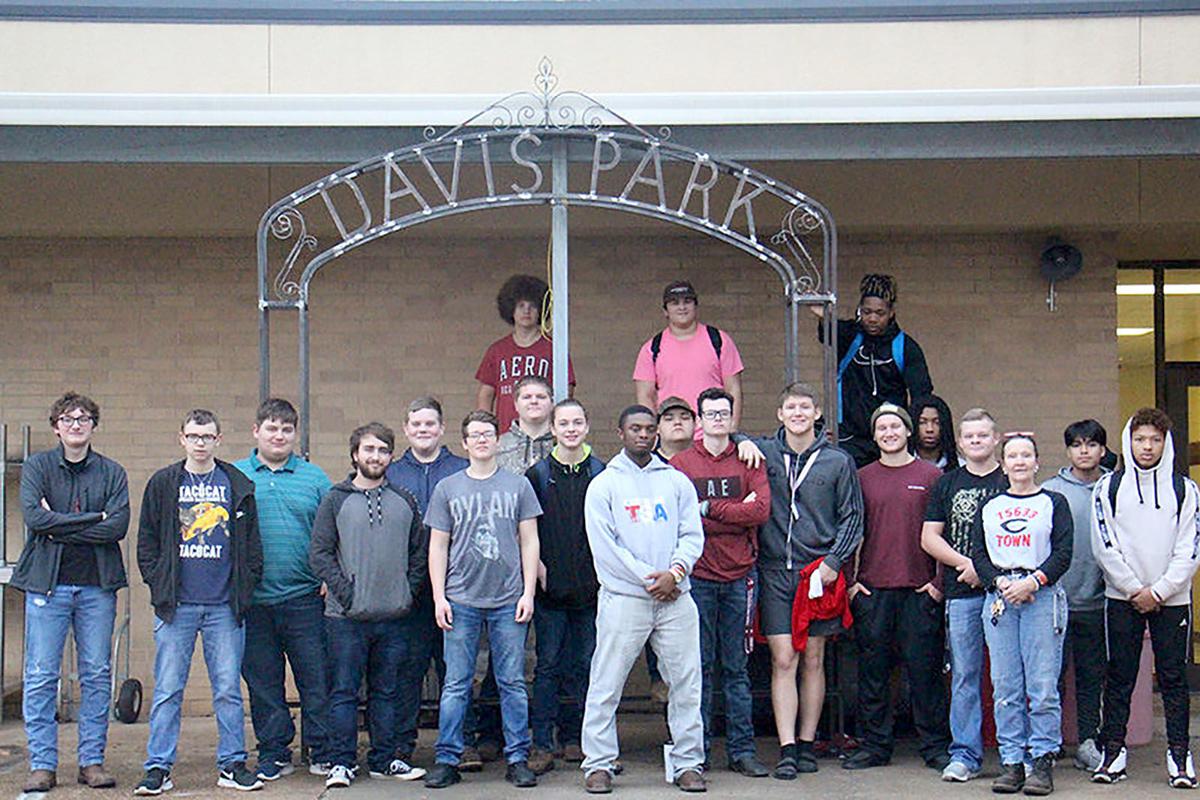 The Carthage park’s historic entrance gate was always a fixture for them — until it got hit by a tractor-trailer. Now for the past few months, they’ve gotten the opportunity to turn that sign into something new.

“It’s pretty cool,” Davis said. “They’d seen it all their life, and they got to do something cool.”

The old, damaged sign has been turned into a smaller Davis Park gate, with the city planning to install it near the park’s new splash pad. Right now the sign is all metal, but city officials told Davis they may add a stone foundation to make it even more of a miniature version of what it was originally.

“I told (City Manager Steve Williams) that these two pillars on each side, or posts, looked like a jungle gym for a kid to climb up, so he said ‘Maybe we’ll just stone it up like the original one out there on the street and kind of match’” Davis said.

An exact installation date for the new gate has not been announced.

Davis took possession of the gate earlier this year. The tractor-trailer first plowed through and damaged the sign in April, bending and warping the metal. The gate’s been hit twice more since then, with the new gate built by Willie Brooks lasting only two days from when it went up.

From the outset, Davis noted Carthage residents were upset at the damage.

“When the sign originally was knocked down by the truck, there was this Facebook uproar,” she said. “People wanted to tar and feather the guy, and all I could see was his GPS told him to go that way, he just wasn’t thinking, it’s just an accident, it’s just a piece of metal. We can fix it, and I mentioned that. We can fix it, rebuild it.”

City officials asked Davis for help with the sign, and she and her students picked it up near the beginning of the school year once the class safety discussions were finished. They loaded the pieces from a downtown warehouse onto a school bus and hauled them all to the welding shop.

Davis said the city gave her students free reign over the new design, but the end result still resembles what it used to be.

“We cut all the letters and the artwork out of it, because most of the metal structure was rotten,” Davis said. “It was just too far gone. And we used those letters and that artwork to put on a new frame to go over in front of the splash pad.”