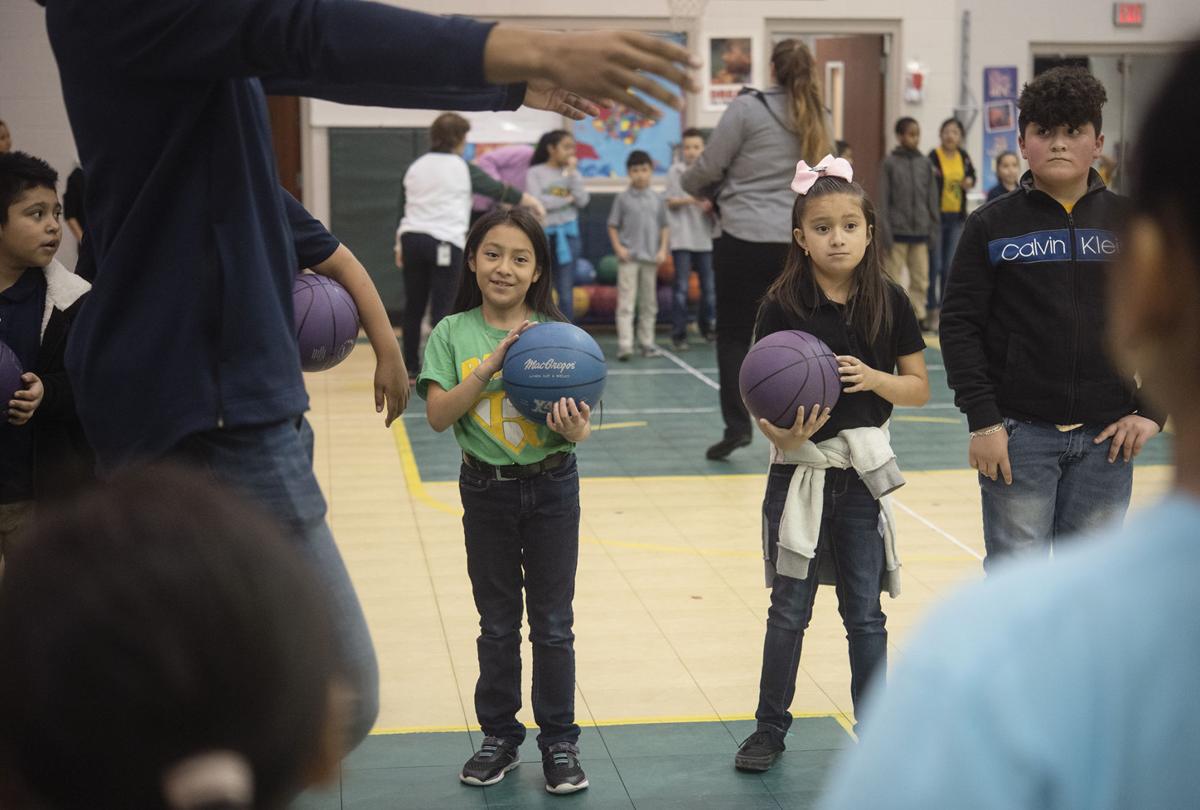 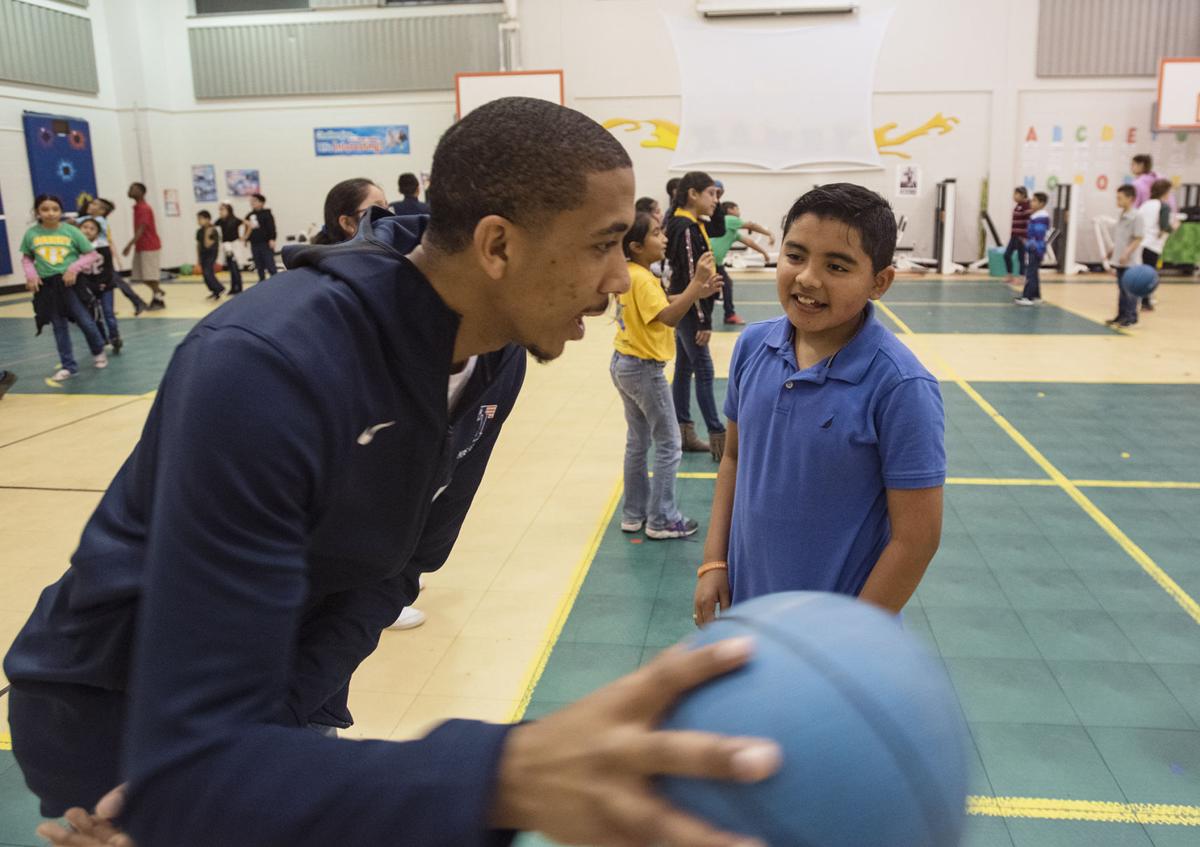 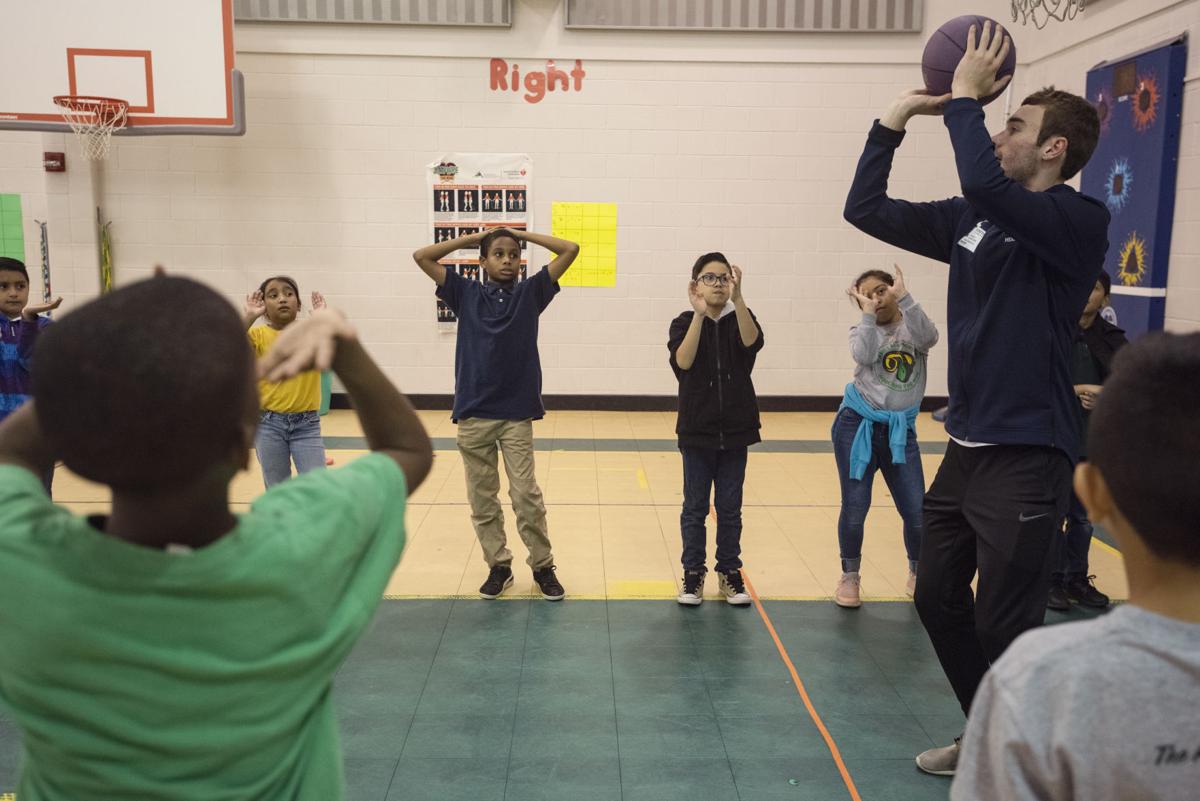 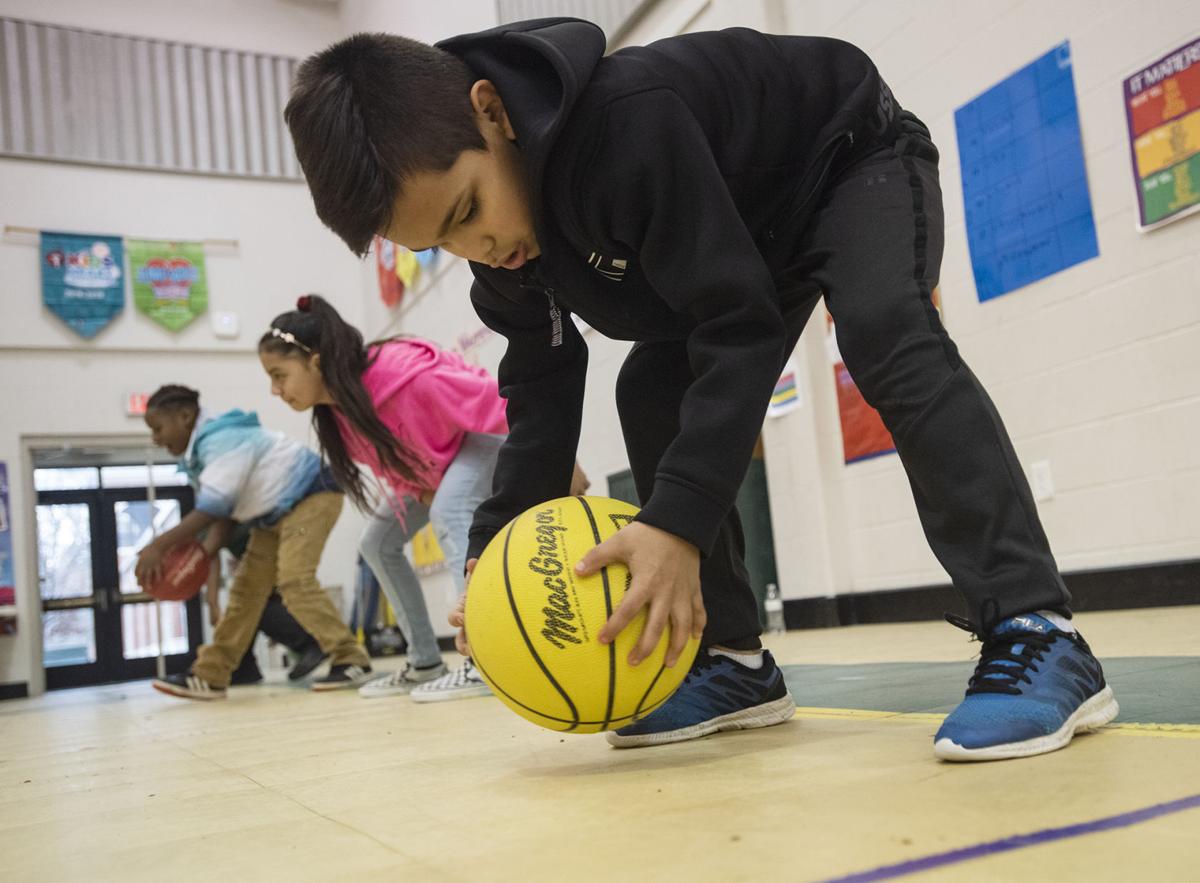 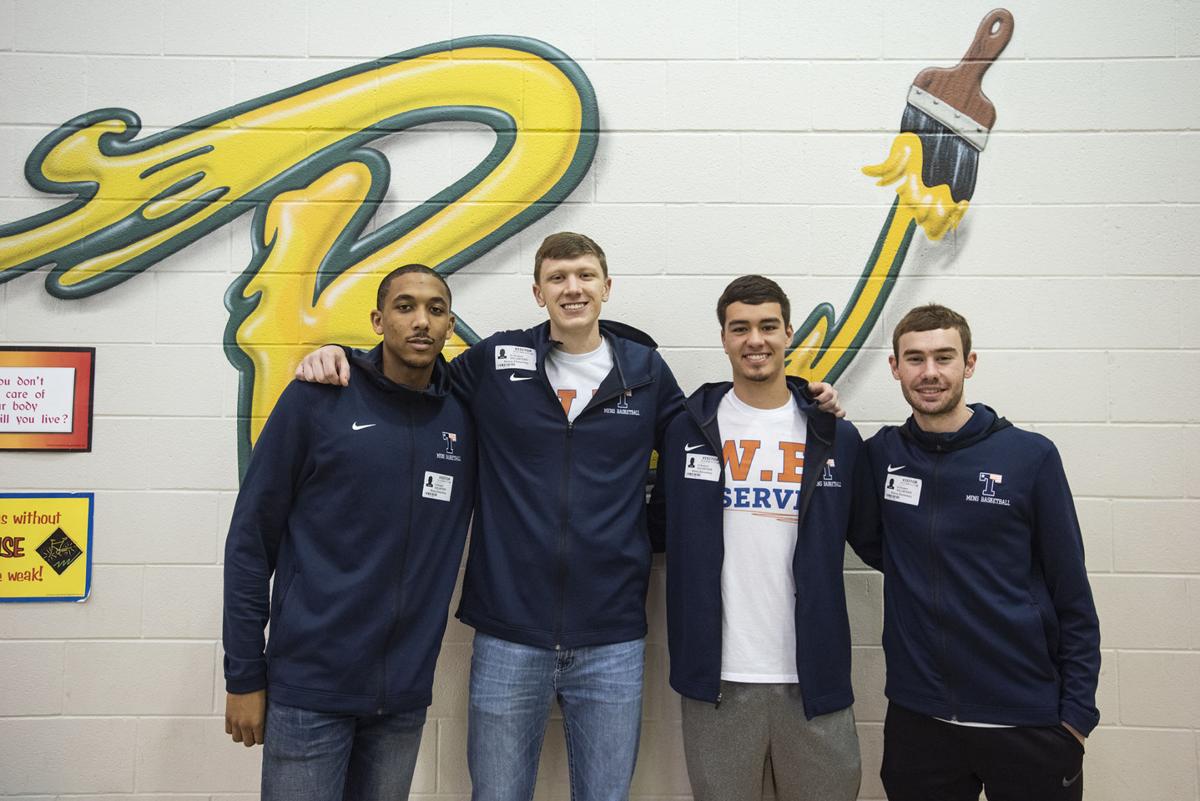 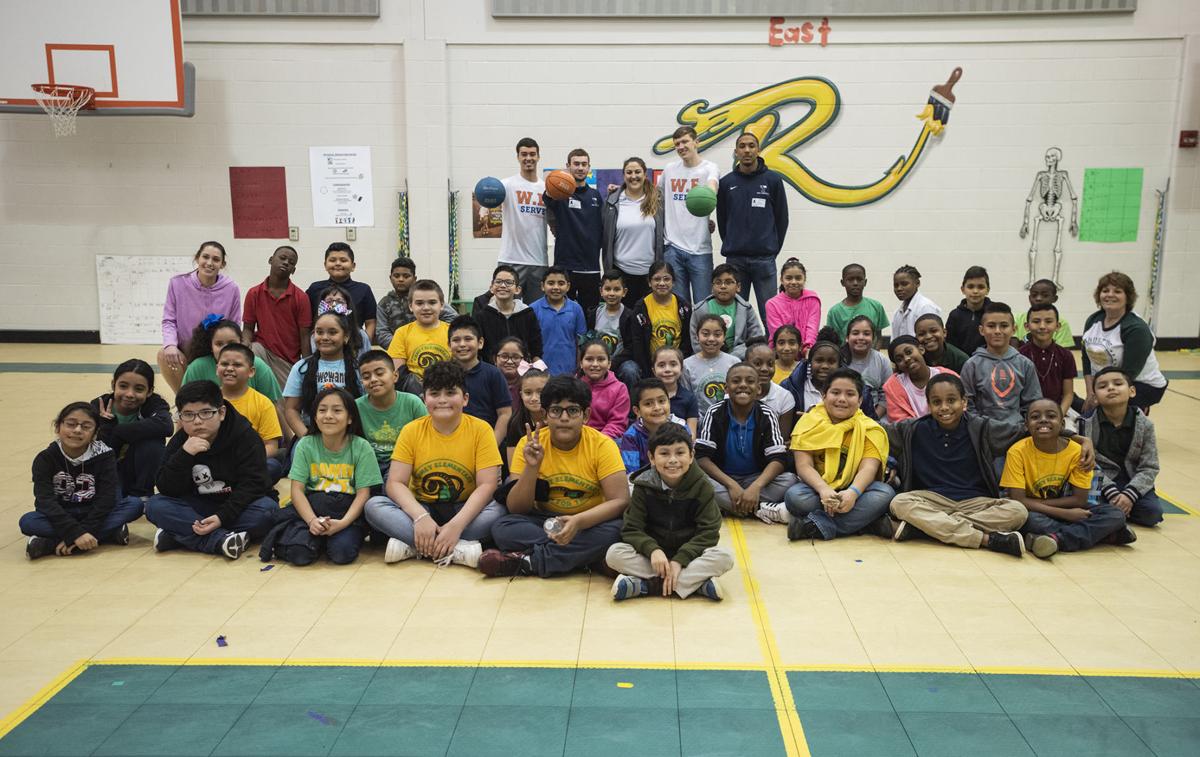 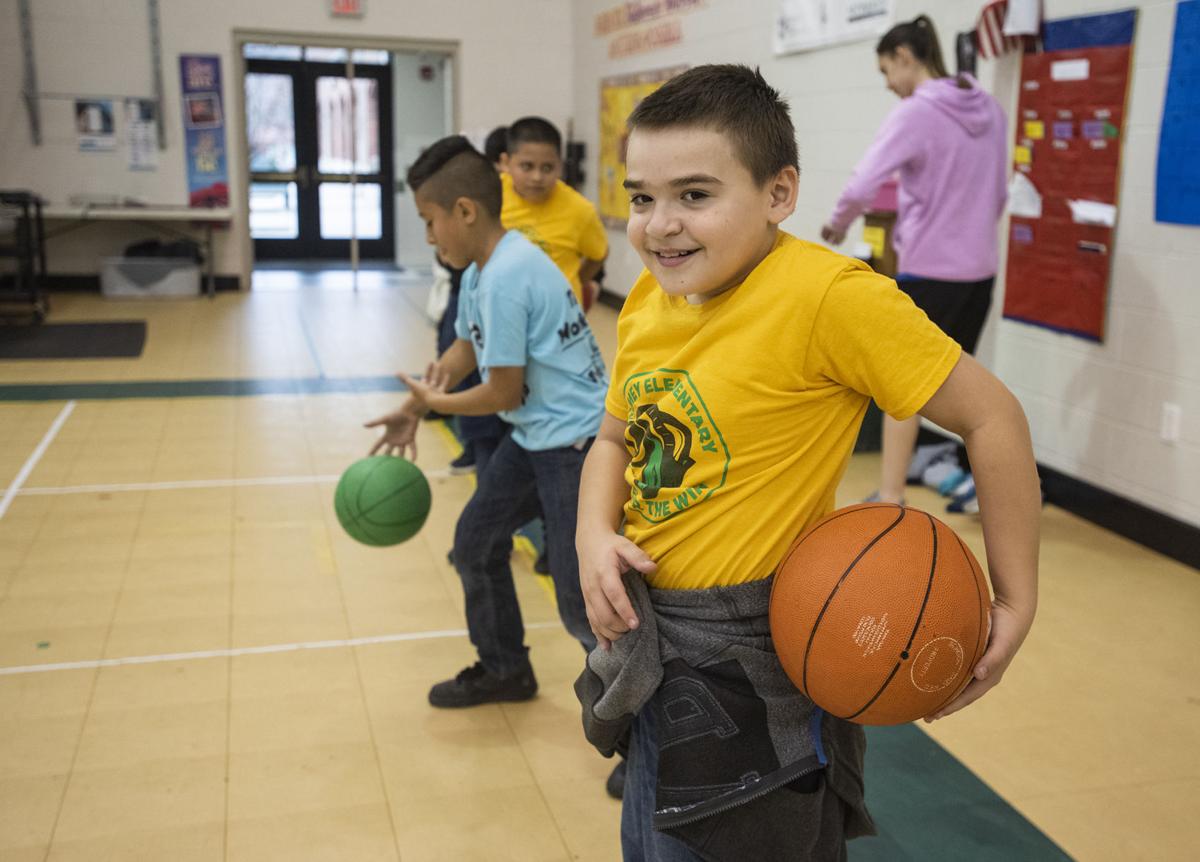 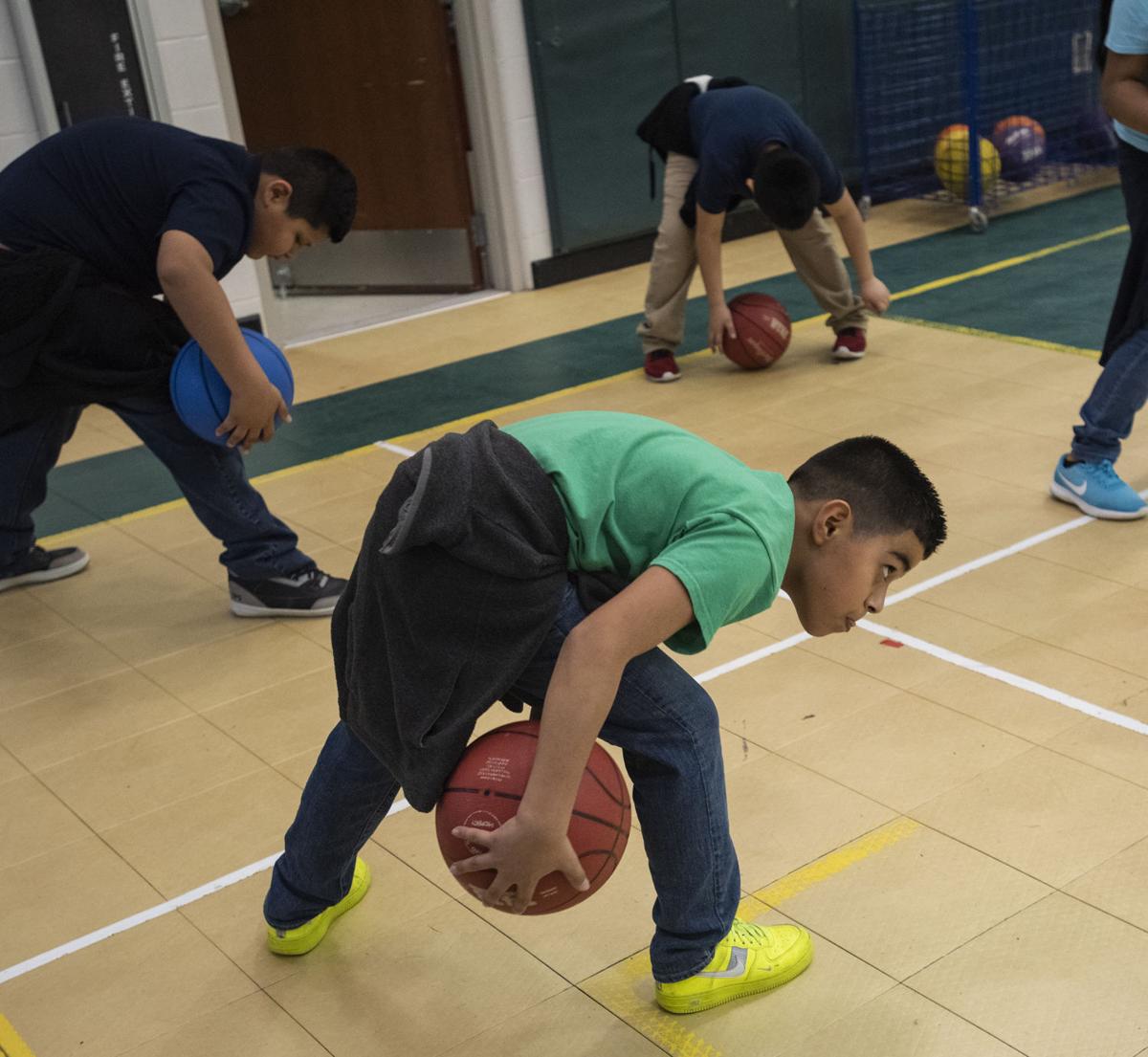 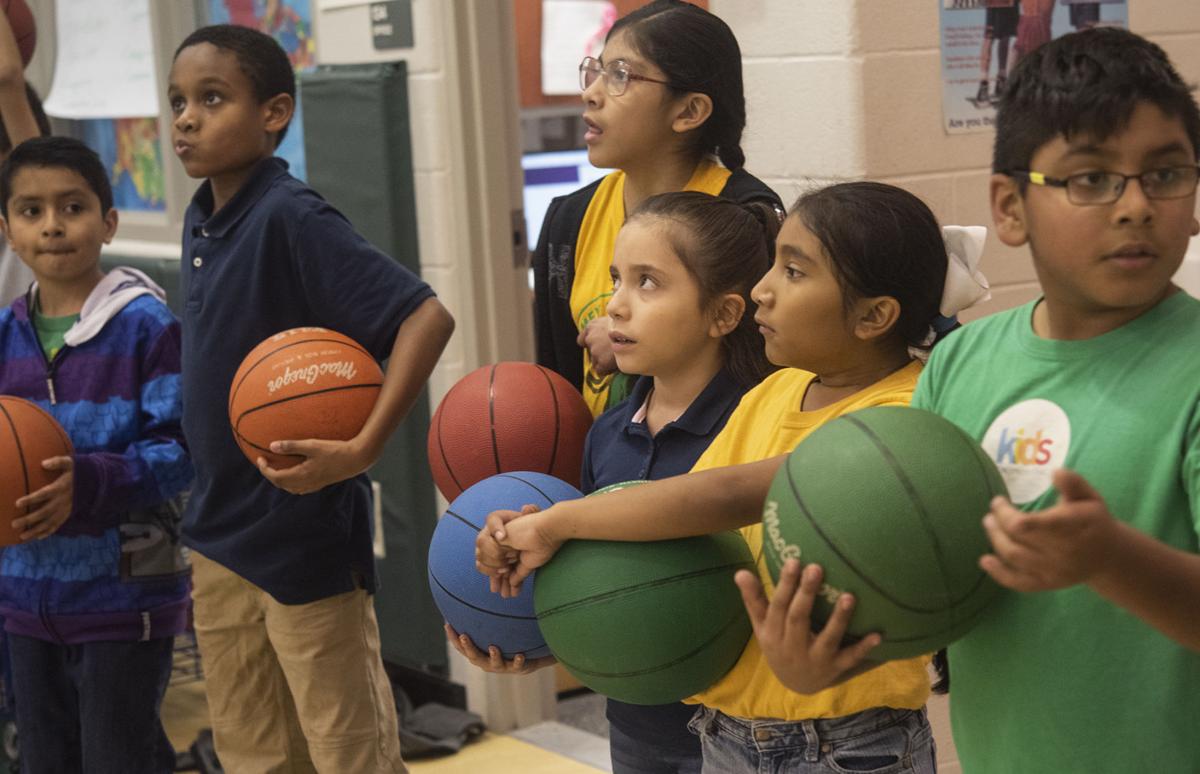 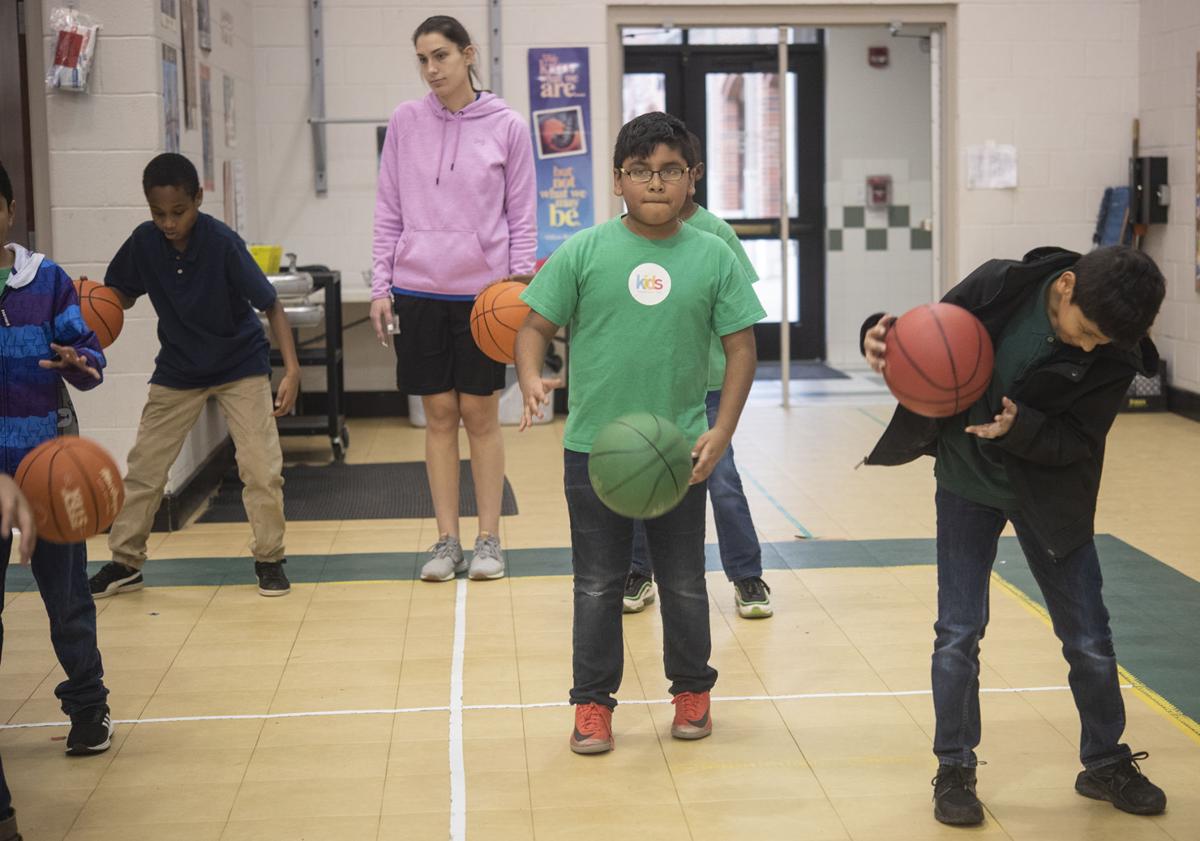 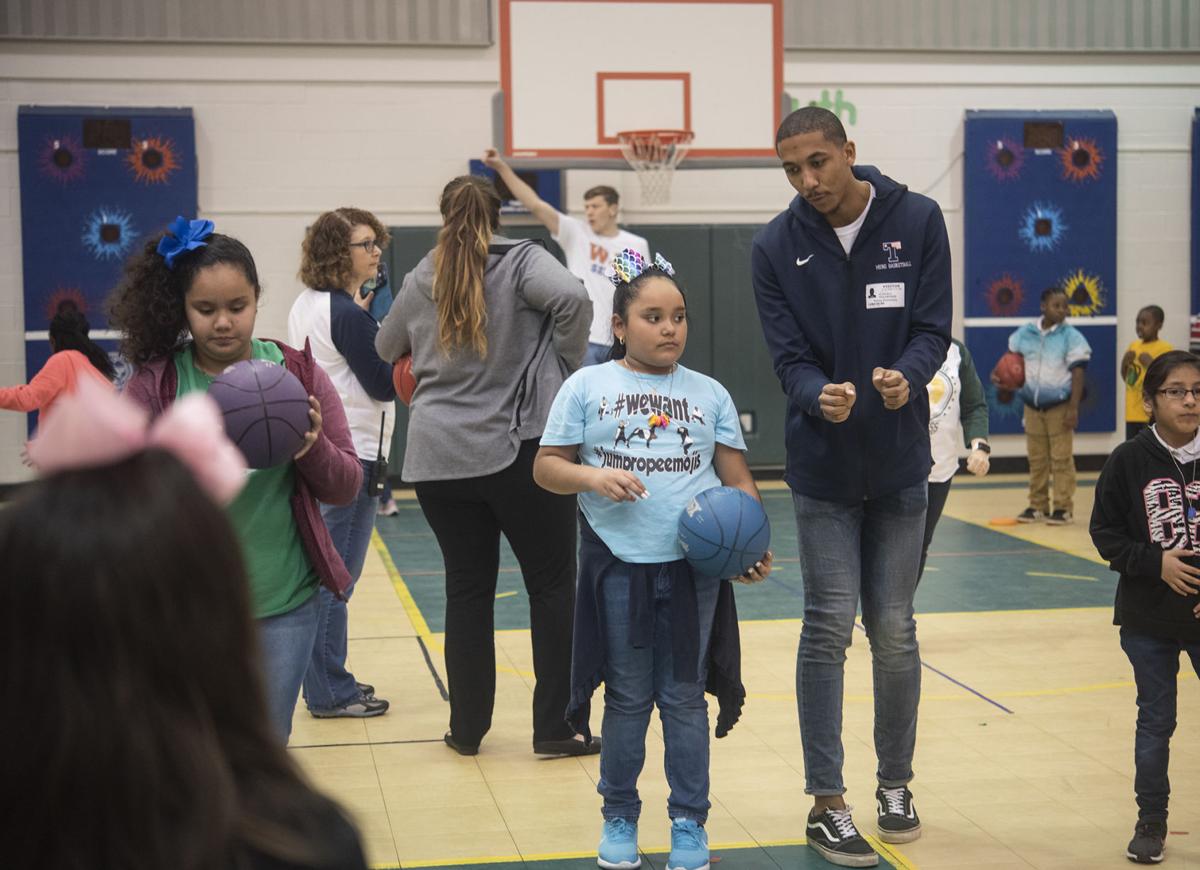 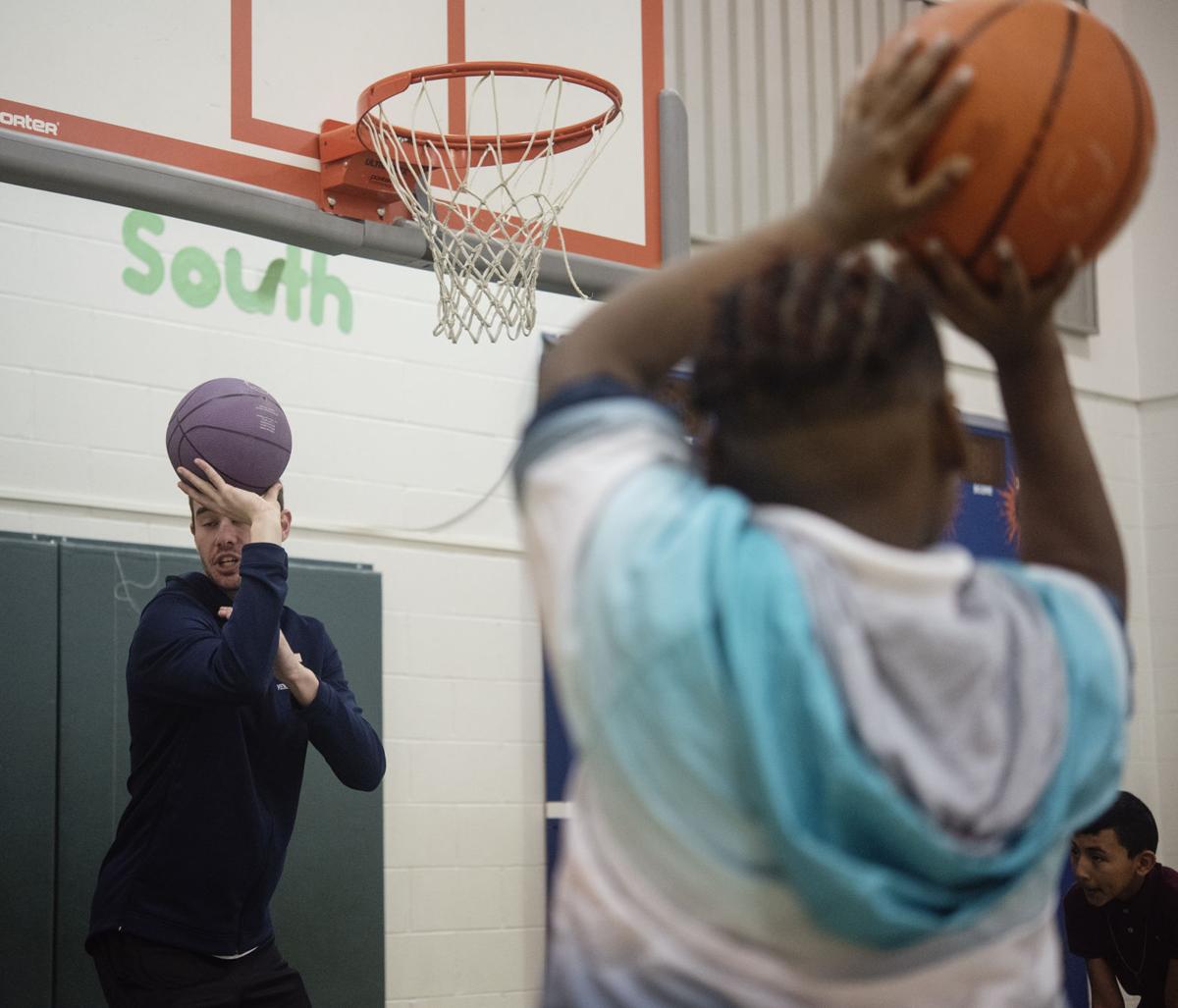 TYLER — Students at Ramey and Clarkston Elementary Schools in Tyler ISD have been acclimating to some special guests.

“They were six or seven feet tall,” she said.

No matter their actual height, the University of Texas at Tyler men’s basketball team has left a sizable impact on the students as they’ve adopted both schools as part of their W.E. Serve program.

Four players and assistant coach Kelly Hernandez, during the first week of February, ran the Physical Education class at Ramey. The college students taught the children basketball skills, such as the BEEF method: balance, eyes, elbows, follow-through; shooting styles; and how to pass away from a defender.

“P.E. was my favorite part of elementary school, so I think it’s cool that we got the opportunity to teach a P.E. class,” said Omar Mohamed, a senior from Denton.

The W.E. Serve program, also known as Winning Every Way, is a program spearheaded by UT Tyler men’s basketball coach Louis Wilson to instill servant leadership as a core principle in his team.

Servant leadership means that the individuals on the team are encouraged to put the needs and well-being of others over their own self interests.

“When you serve the greater community and get outside of yourself, it makes you a less selfish person, and this makes our team better as a whole and better athletes and basketball players,” Wilson said.

Under the W.E. Serve program, the men’s basketball team is expected to complete 850 service hours each season.

Players are expected to complete 10 service hours each month, and the team spends 100 hours working on service projects together.