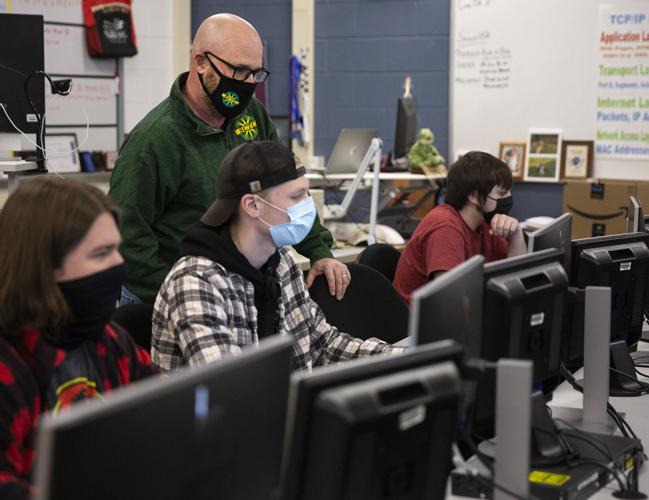 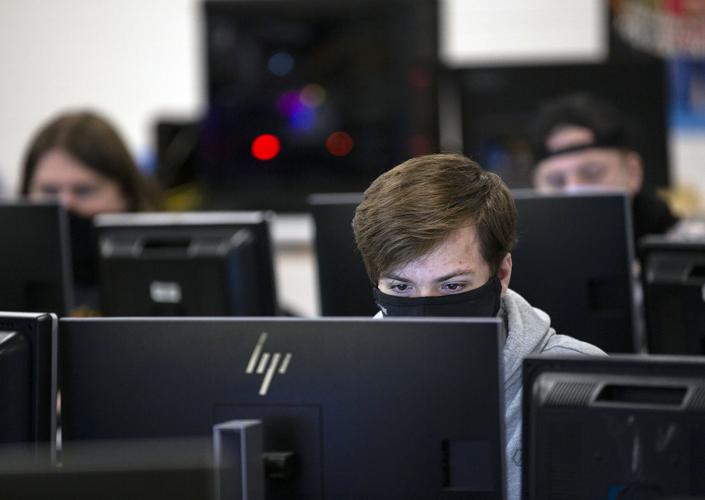 In addition to preparing to pass the Computing Technology Industry Association’s Security+ exam—an exam usually given to those who have worked in the cybersecurity industry for at least two years—they are earning college credits and blazing a trail by participating in the first dual-enrollment cybersecurity program in the state.

The program, which is offered at Spotsylvania Career and Technical Center and will soon be offered in Fredericksburg City and Stafford County public schools, is funded by a grant from GO Virginia, the state coalition for promoting economic growth and opportunity in high-demand industries.

“There is a huge workforce deficit right now and cybersecurity jobs are highly in demand, and so this is definitely a big win for our region,” said Jennifer Morgan, economic development coordinator for the George Washington Regional Commission, which administers GO Virginia initiatives in the Fredericksburg region.

“The goal is to engage students at a high school level to get them credentialed and hopefully see a strong pathway towards creating higher paying jobs in the region,” she continued.

Germanna Community College applied to GO Virginia for the grant, which totals $634,938 over three years.

“So it’s important to start that pipeline earlier,” she said. “With the dual enrollment program, students can start to earn credentials and apply for college credit.”

Tate is partnering with a Germanna professor to teach this year’s first dual-enrollment course. Students come to Spotsylvania Career and Tech Center from their home high schools every other day for half the day, and they earn credits that will transfer to Germanna or any other Virginia community college.

They can also apply to transfer them to a four-year college.

“Even with this one class that they have, they could graduate (high school) and go into the workforce if that’s what they decided to do,” Henecke said.

Tate, who has been teaching computer systems courses for 13 years, said about 25 percent of his graduates do go straight into the workforce, anywhere from entry-level Geek Squad tech support jobs to local cybersecurity firms that contract with the Department of Defense.

Another quarter of his graduates go into the military, where he said they almost always take on a tech or cyber-related MOS, while another 25 percent go to two- or four-year colleges.

The remaining quarter might take a while to bloom, he said, but often eventually go into the cyber workforce.

Senior Marie Kriewaldt is one of two female students in the dual-enrollment course this year.

She said she first took a cybersecurity course as a sophomore because she had room in her schedule and it “looked interesting,” and she has continued on the track because of her father’s encouragement.

“It’s challenging for me, but I enjoy the challenge,” Kriewaldt said.

She said she thinks girls continue to be scared away from computer science and cybersecurity classes because of majority male enrollment, and she believes career options in those fields need to be presented to girls at a much earlier age.

With “literally hundreds of jobs out there,” Henecke said, there are plenty of positions to fill.

Henecke said Germanna is training more instructors in Spotsylvania County schools, as well as in Stafford and Fredericksburg City.

The goal of the GO Virginia grant is to certify 20 teachers to instruct cybersecurity courses throughout the region, including in Caroline and King George counties.

Is immigration an important issue for you this election cycle?