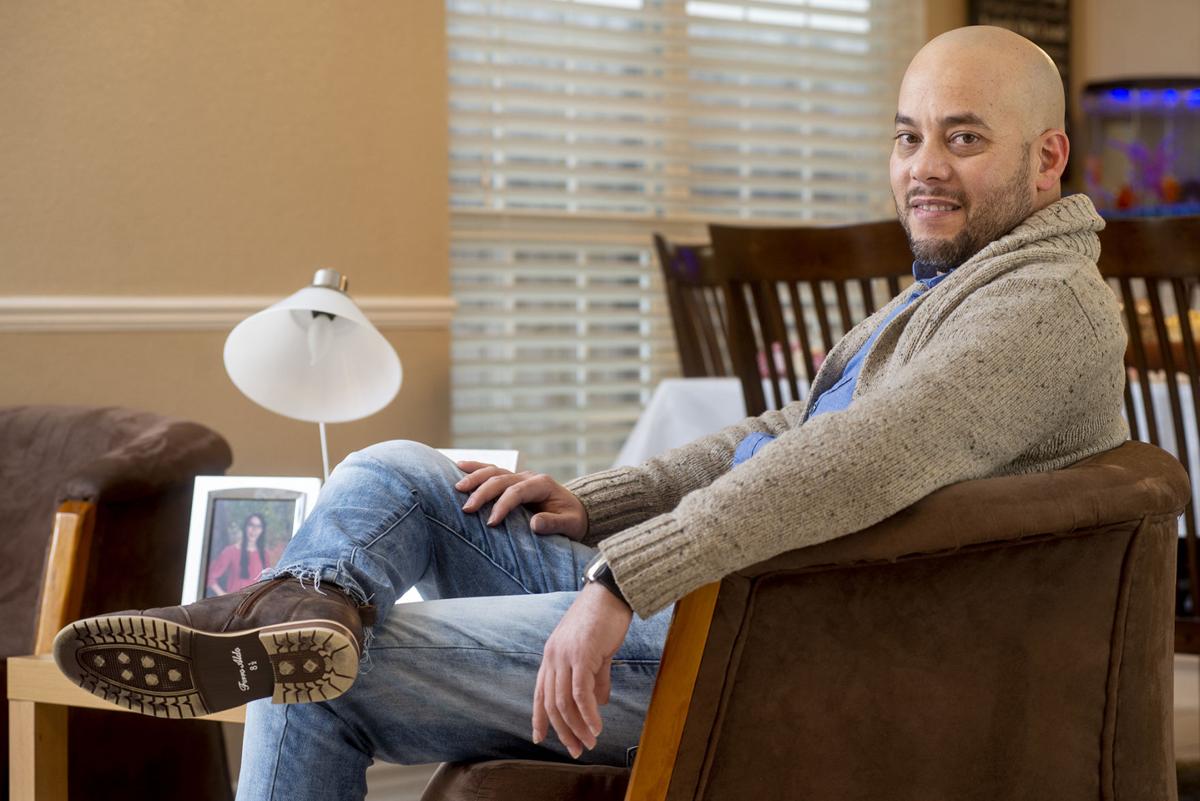 The Rev. Yuri Carralero of Greggton United Methodist Church is seen recently in his Longview home. Carralero, who immigrated to the United States from Cuba in 2013, became in need of a kidney transplant after he lost most function. 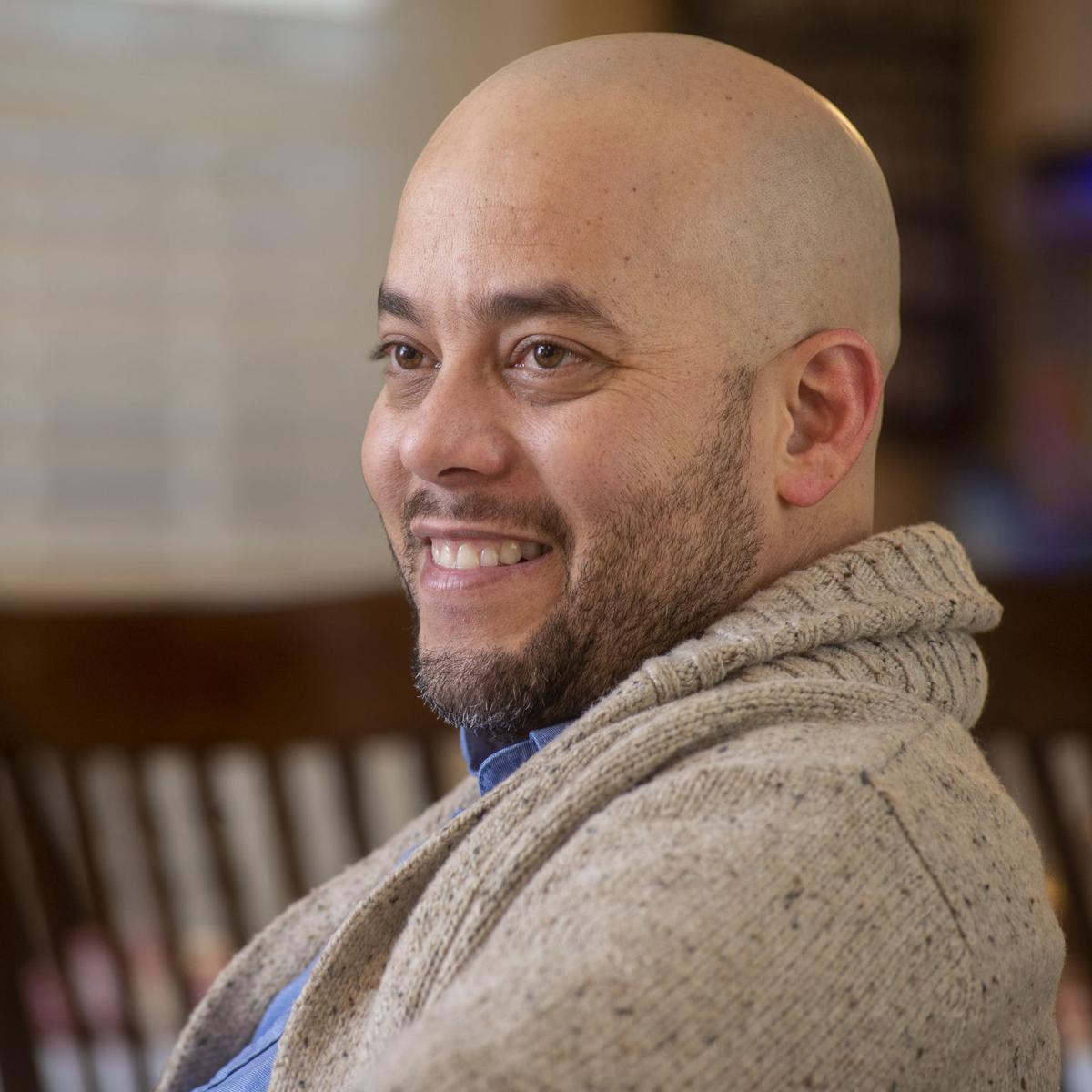 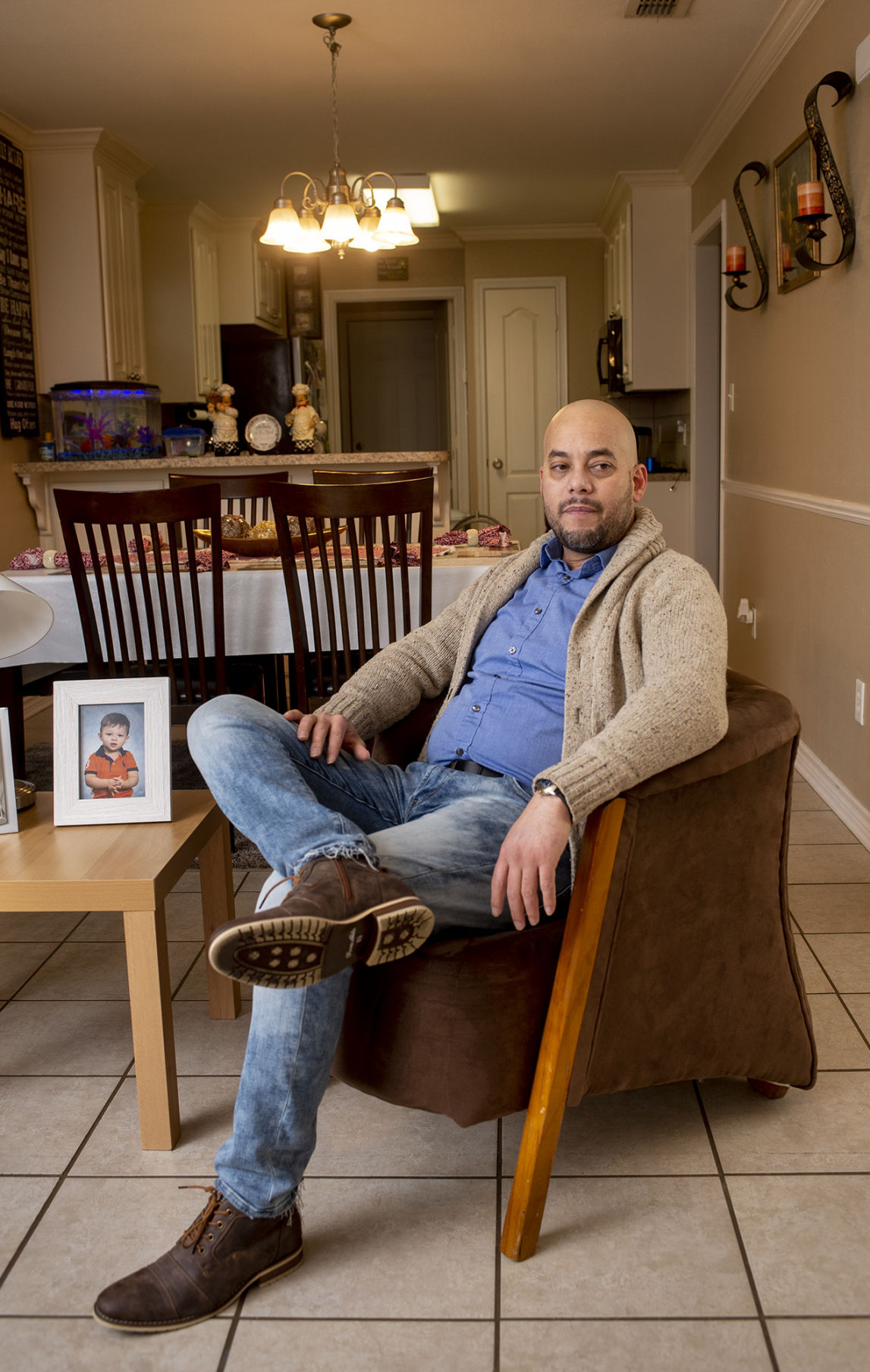 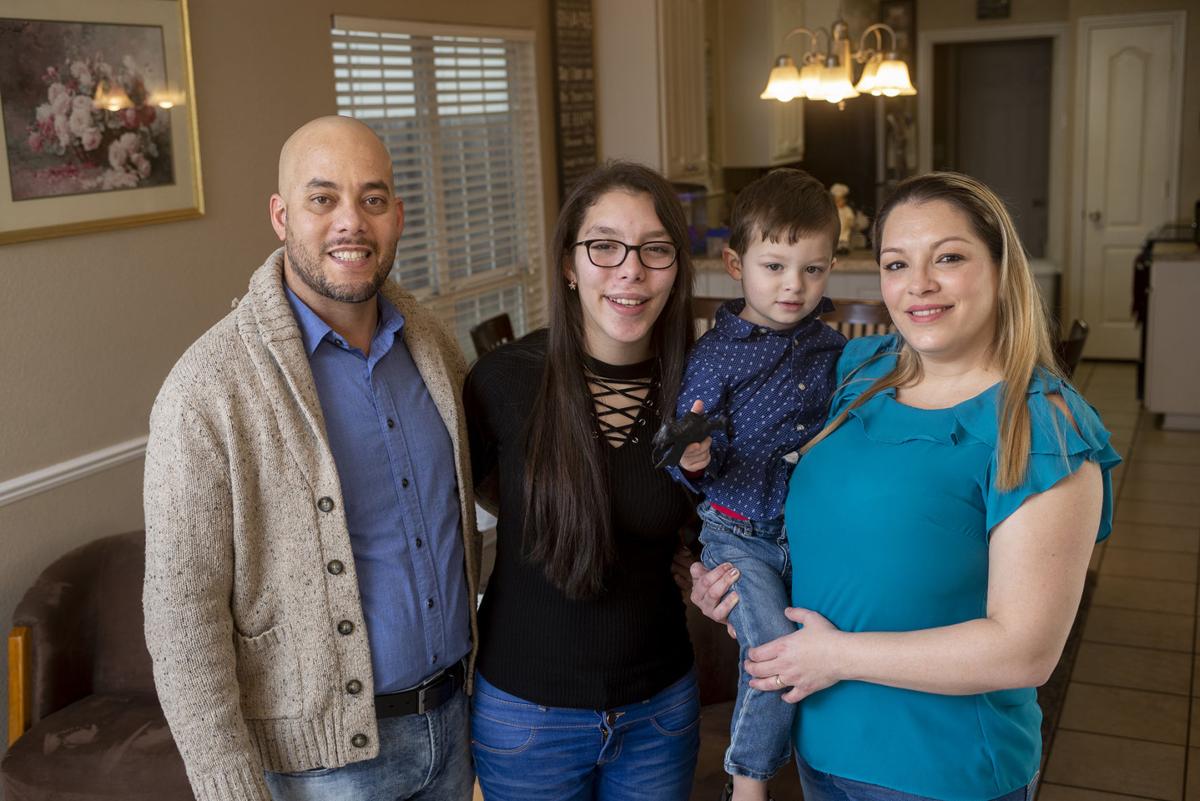 Carralero is seen with his family, daughter Melissa, 13, son Lucas, 2, and wife Yuliet Pernas in their Longview home. 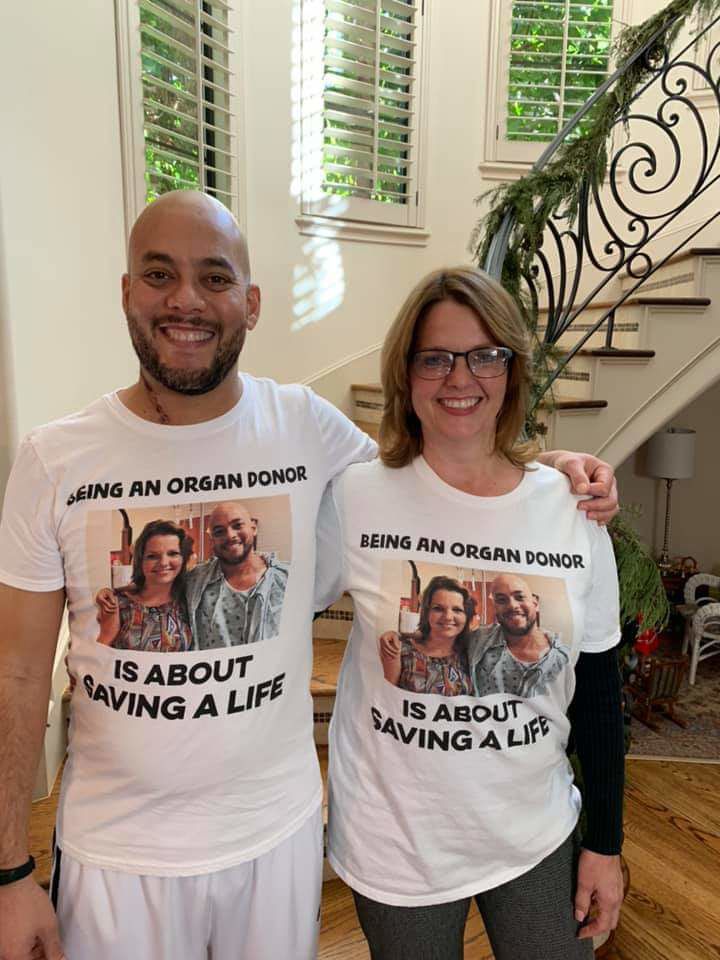 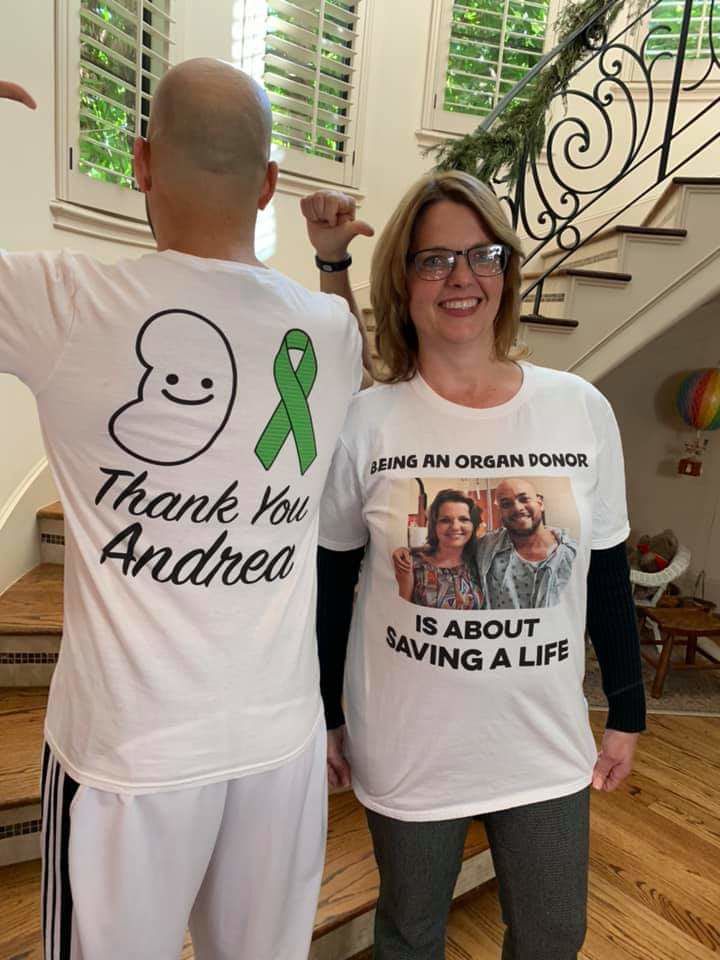 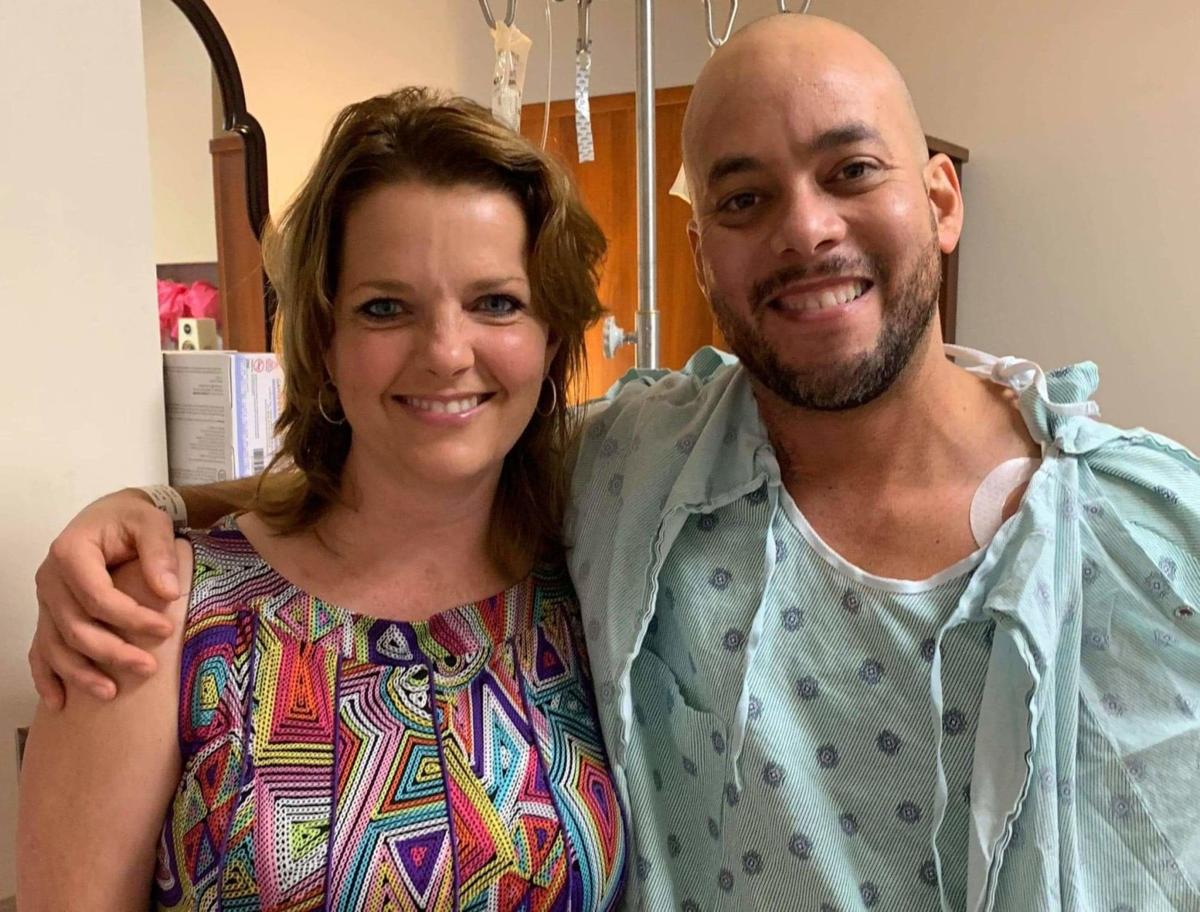 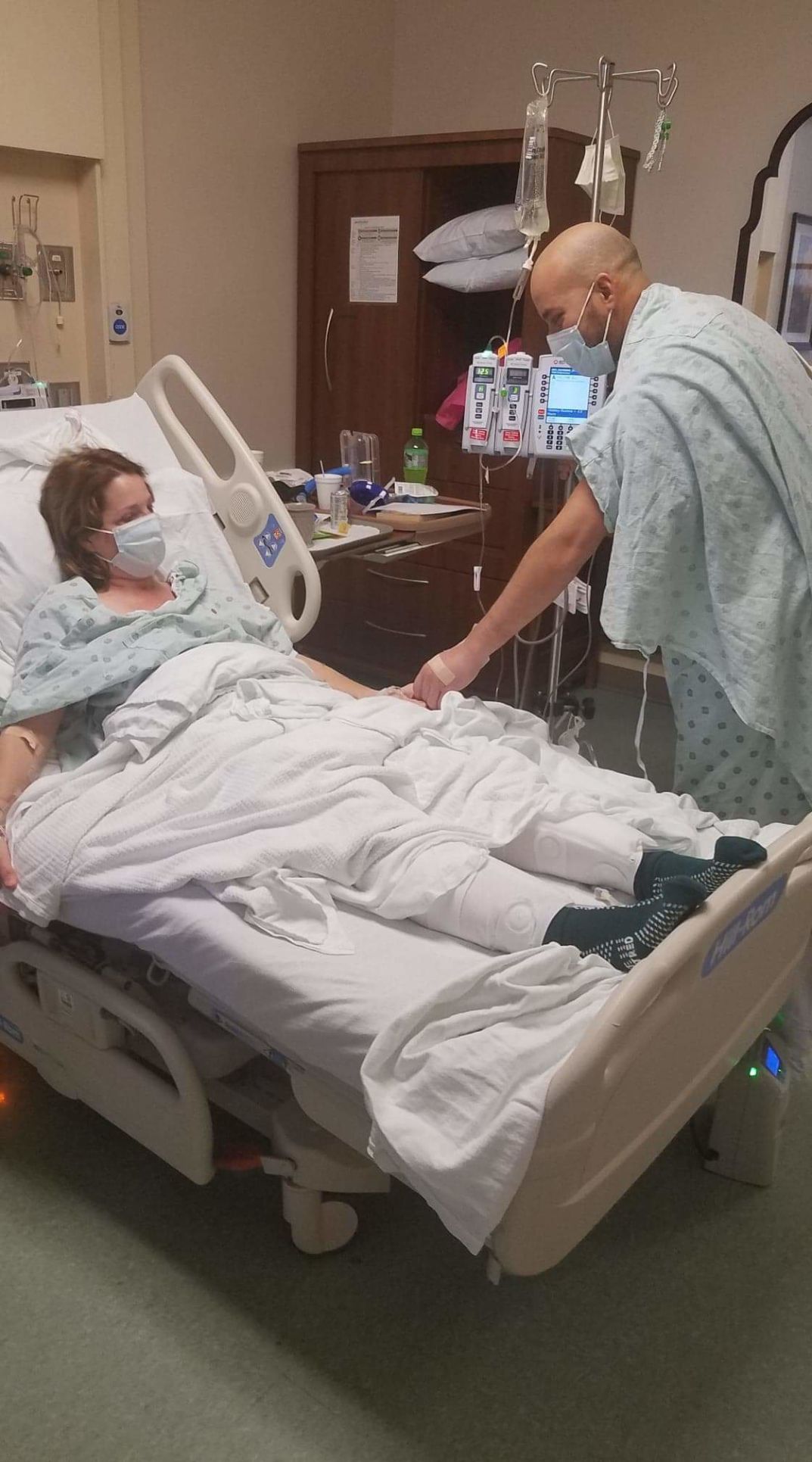 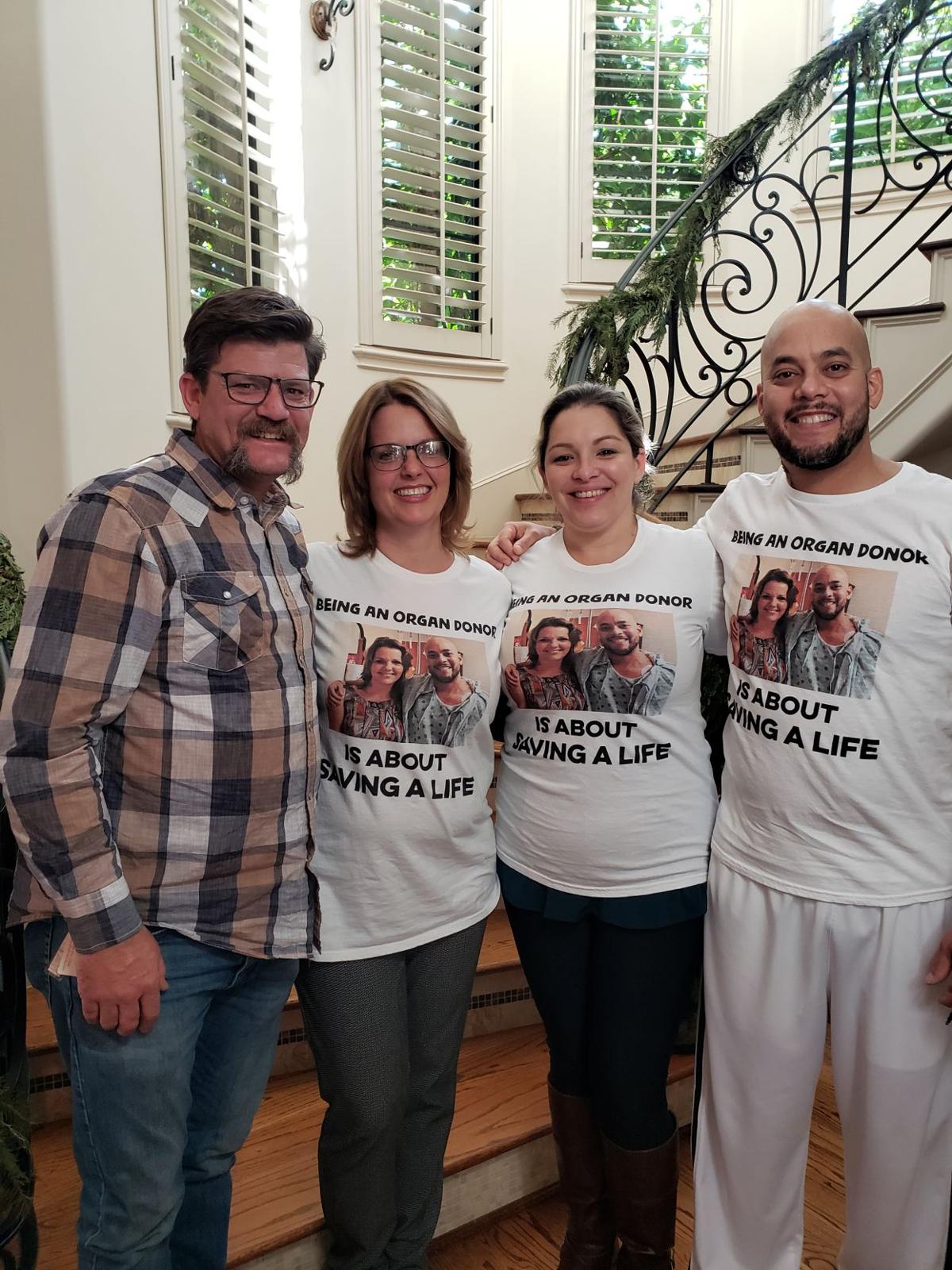 The Rev. Yuri Carralero of Greggton United Methodist Church is seen recently in his Longview home. Carralero, who immigrated to the United States from Cuba in 2013, became in need of a kidney transplant after he lost most function.

Carralero is seen with his family, daughter Melissa, 13, son Lucas, 2, and wife Yuliet Pernas in their Longview home.

The Rev. Yuri Carralero says he is “a living miracle, a living witness” to God’s grace.

The-37-year-old Methodist minister’s “miracle” is a new kidney that he received in mid-December. And the “miracle workers” are Greggton United Methodist Church members, who helped the new associate pastor from Cuba when his kidneys began failing.

Carralero joined the church as an associate pastor July 1, 2017. He and his family had immigrated to the United States in 2013 from Cuba, where they faced persecution because of their faith.

Greggton’s members “have this beautiful heart to do missions. They wanted someone to help them reach out to Spanish folks. They liked me and I liked them,” Carralero said.

Then, at the end of 2017, his kidneys quit working. He had surgery to enable him to have dialysis.

“I had only 6 percent kidney function. The next day after surgery, … I had to start my dialysis,” he said.

For a while he continued to lead the church’s Spanish services.

“I wasn’t ready to quit my job. I kept on preaching for a little while,” Carralero said. However, soon he was too sick to work.

Needing a kidney transplant was scary, and he worried about what would happen to his wife, Yuliet, and his two children, Melissa, 13, and Lucas, 2, if he died.

That is a legitimate concern: The 10-year survival rate for people on dialysis is just 20 percent, according to an August news release on the Houston Methodist website. More living kidney donors are needed. Most kidney transplants involve kidneys from cadavers, yet at least 90,000 people in the United States are waiting for a kidney from a deceased donor, the release said.

Fortunately for Carralero, Greggton’s “miracle workers” are persistent and innovative.

“He is the most passionate pastor. Even though I don’t know much Spanish, I enjoyed his services, because you can see the passion in him,” said Wilson, 67.

Wilson saw that Carralero’s health was worsening. When she learned he needed a kidney transplant, it struck home. Her brother received a kidney 15 years ago from a living donor.

“I looked at this family, a young father with two children. He had already been through so much, coming from Cuba,” she said. Though Carralero, a Methodist missionary in Cuba, applied for refugee status in 2006, it was seven years before he was allowed into the United States.

“I had no idea how to do a Facebook page. So I got my grandson (senior Jacob Powell) to help me,” she said.

Thus “Yuri’s Search For A Kidney” Facebook page was born.

And then the miracle really took off.

“My brother’s son, Jared Yochim, shared (the page). His wife said, ‘I would love to do this.’ She popped right in there and wanted to be tested,” to see if she was a match for Carralero, Wilson said.

“I was just blown away. I thought, ‘Wouldn’t that be just amazing if someone in my family was a match?’ ” she said.

For Andrea Armida Yochim, however, it was her third attempt to be a kidney donor.

She first offered when it seemed her father-in-law (Wilson’s brother) might need a second kidney. Thankfully, his kidney function improved and he didn’t need another transplant. Her second offer didn’t work out, either.

But this one did. After nine months of testing and six round trips from her home in Santa Clarita, California, north of Los Angeles, to Houston Methodist — the hospital performing the transplant — one of Yochim’s kidneys was surgically removed and implanted in Carralero’s abdomen.

As things progressed, Wilson said, “I just kept saying, ‘God is in this. ... God had everybody in the right place at the right time. It was just miraculous.

“I’m not a starter. I’m a ‘tell-me-what-you-need-and-I’ll-do-it’ kind of person. I still can’t believe that I did this,” she said. “This is a good faith story, the way God has answered every question every step of the way.”

“If God does something for you, that’s one life that will be touched. But if he touches a total stranger to help you, that’s two lives, two families who are touched by God’s miracle,” Carralero added.

Yochim, 49, doesn’t think donating one of her kidneys to an unrelated stranger from another country is an extraordinary act.

“For me, it wound up being not much more than donating blood,” she said. “I didn’t want … a fuss made over it.”

Yochim, who is self-employed and acts as a court advocate for foster children, said her husband, Jared, was supportive, despite the cost and inconvenience of numerous red-eye flights from southern California to Houston and back.

“This is something near and dear to my husband as well. His son is a Type1 diabetic. My husband knows the value of having good health,” she said.

Yochim’s most emotional moment came when Carralero’s daughter, Melissa, came to see her after surgery.

“She thanked me for saving her father’s life,” Yochim said.

“It was amazing. God was giving me grace upon grace when I was sick. Just to know that God touched the heart of someone, not related to me, from another culture, of another skin color,” he said.

Carralero first met Yochim the day after his surgery. Feeling much stronger, he was walking hospital corridors when, “her husband recognized me, because I am very balding,” Carralero said. So he went to her room.

Though she now has just one kidney instead of two, Yochim said she’s gained from the experience.

“I’ve gotten the — I’m not sure what word you would use — the self-value that I was able to help someone in such a direct way, that was so life-changing,” Yochim said.

And she received a special gift this past Christmas Eve.

Though doctors’ orders confined her to a Houston hotel room for a week or so after her surgery, her husband “snuck her out” of the hotel Dec. 24 and drove her to Longview.

They attended the Christmas Eve service at Greggton UMC in Longview, meeting church members who had sent them prayer cards and receiving a donation to help pay for the money they’d spent during the transplant process.

“It was great to know that was the family Yuri was coming back to once he recovered,” she said.

Yochim recalled another transplant situation with a different ending.

“One of my bosses … waited for five years for a liver transplant. By the time a suitable one was found, he was too sick to have the transplant,” she said.

“He died waiting for a liver. If (being a living donor) had been easier to do, he wouldn’t have died,” she said.

Carralero remains on disability leave, though he hopes to return to preaching in the next five or six weeks.