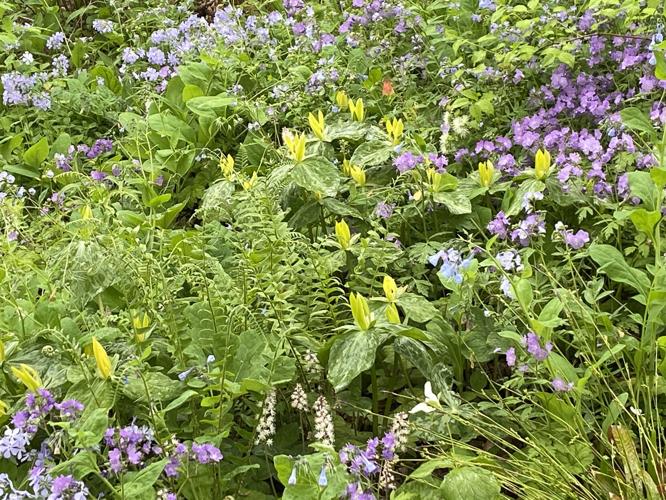 Woodland phlox, yellow trillium, fernleaf phacelia and ferns weave a rich tapestry for the gardener with spring in mind. 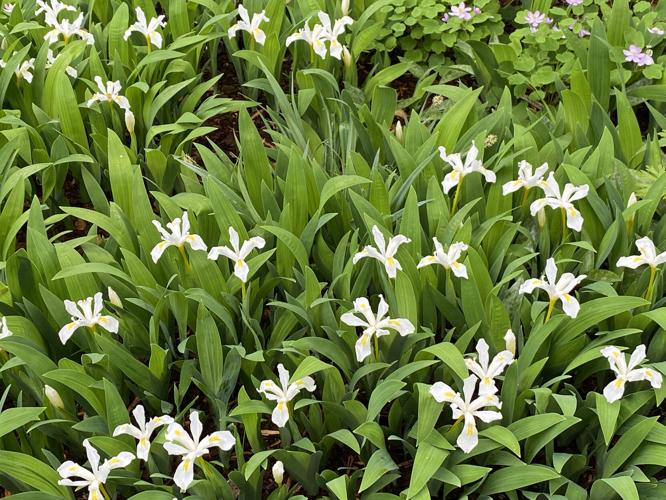 Woodland phlox, yellow trillium, fernleaf phacelia and ferns weave a rich tapestry for the gardener with spring in mind.

Sooner or later, you discover that the Mid-Atlantic spring comes in three phases — three faces, you might say.

Leading up to and including cherry blossom time, the garden is fresh with burgeoning foliage and bright-eyed daffodils. The soil is still cold, and frost is a possibility.

Now, from mid-May into June, we enter a prelude to summer: hot days, gathering humidity and the blossoming of peonies, roses, clematis and lavender, plants that, in colder climes, define the early summer.

But it is the in-between period that forms the core of the season — a time when the woodland garden or any shaded beds not only come into their own but also have the potential to provide the most refreshingly delightful moment of the gardening year.

I say potential, because the array of native woodland plants that flower in April and May is not exploited enough, perhaps because, historically, we have turned to such things as azaleas, bulbs and perennials from elsewhere to capture this period.

As for native flora, we all know the flowering dogwood and the Virginia bluebell, but they are just a glimpse of the vernal cornucopia; the eastern United States has one of the richest natural troves of indigenous woodland plants in the world, all begging to be used in our gardens.

One of the challenges to using them is getting to know them. Another is to overcome our reluctance to plant ambitiously, and yet another is having the patience for the display to catch up with the vision. Some of these plants need a few years for their seeds, dispersed by ants, to grow and fill in the gaps. All these hurdles, though, are surmountable.

Perhaps the biggest obstacle is the idea that, because they are wildflowers, we must treat them as botanical specimens rather than as a palette for exuberant garden displays. The most strident native-plant advocates believe that the ornamental garden is an anachronistic luxury that must give way to the garden as a sort of ecological Ark. This is nonsense. Primarily, a garden must have beauty, because that’s how we derive joy from plants and develop an affinity for them. And, more practically, this is how the gardener’s hard work is rewarded.

It is true that certain natural areas are also beautiful in their spring shows, and they are instructive in how various species grow together, but the gardener can and should amplify this effect.

The challenge is to find public gardens where this has been done well, because we need more. In Washington, you could visit Fern Valley at the National Arboretum. Farther afield, the Native Plant Garden at the New York Botanical Garden has a woodland section. In the Delaware Valley, various gardens present themselves, including Bell’s Woodland at Chanticleer Garden in Wayne, Pa., and, as a shining example, Mt. Cuba Center in Hockessin, Del.

Familiar as it may be, the Virginia bluebell (Mertensia virginica) remains a special woodland player, leafy and with lovely flower-color transitions from mauve to blue. It’s effective in drifts that simulate the carpets formed by old colonies in nature.

The enchanting bellwort (Uvularia grandiflora) flowers in clumps around the same time and has pendant yellow blooms with twisting petals tucked amid the soft and decorous foliage.

Native springtime phloxes perk up any bed with their starlike blossoms and are represented by the low-growing moss phlox (Phlox subulata) and creeping phlox (P. stolonifera); they can also hover a foot or more above the forest floor with the woodland phlox (P. divaricata).

Instead of a mass of blooms, the trout lily presents a single large flower, a nodding yellow lily amid lancelike foliage. The mottled green and brown-purple leaves persist and remain decorative long after the blooms fade. Like a lot of these woodland plants, though, they melt away by high summer to their hidden dormant state. Botanists call them spring ephemerals.

Two of the most endearing of these are look-alikes, both with buttercup flowers in white or, in some varieties, pink. One is the rue anemone (Thalictrum thalictroides) and the other the false rue anemone (Enemion biternatum). The leaves of the former are arranged alternately on the stem; those of the latter are opposite. In optimal growing conditions, both will spread by seed, reaching blooming age in two or three growing seasons.

No woodland garden should be without a showy lavender-blue bloomer named the fernleaf phacelia (Phacelia bipinnatifida). The half-inch blooms are round and prolific, borne atop leafy stems. It is biennial; the first year it germinates, the second it grows beefy and blooms before setting seed and dying to start the cycle again. It may take three or four years for a colony to become robust, but once it does, you will be pulling young plants to control the show.

Whole books have been written about trillium, the distinctive ephemeral beloved for its tripartite leaves and blooms. Trilliums cleave into two basic types: those with blooms that are carried on stalks, and those that erupt directly from the leaf cluster. The former includes the large-flowered trillium (Trillium grandiflorum), which can produce large colonies distinguished by white and pink flowers, the blooms coloring as they age. Trilliums without flower stalks tend to have mottled foliage and are, to my eye, more elegant. These include the superb yellow trillium (T. luteum) and the Mississippi River wakerobin (T. foetidissimum).

To this assembly, you could add crested irises, columbines, shooting stars and foam flowers. One way to kick-start such a spring shade garden is to buy plug plants in flats. Heavy mulching will thwart the desired self-seeding. The best mulch is the duff of the fallen leaves. If you are so inclined, you can rake them in November, shred them with a mower and return them to the garden beds. Keep ahead of the weeds, including invaders such as Japanese stiltgrass.

One requirement will be to fill the voids left by the retreating ephemerals, which can be achieved by planting among them some of the smaller ferns and sedges, along with other persisting ground covers.

Delight in these individual beauties, but remember that you are creating a spring garden greater than the sum of its parts.

Is immigration an important issue for you this election cycle?