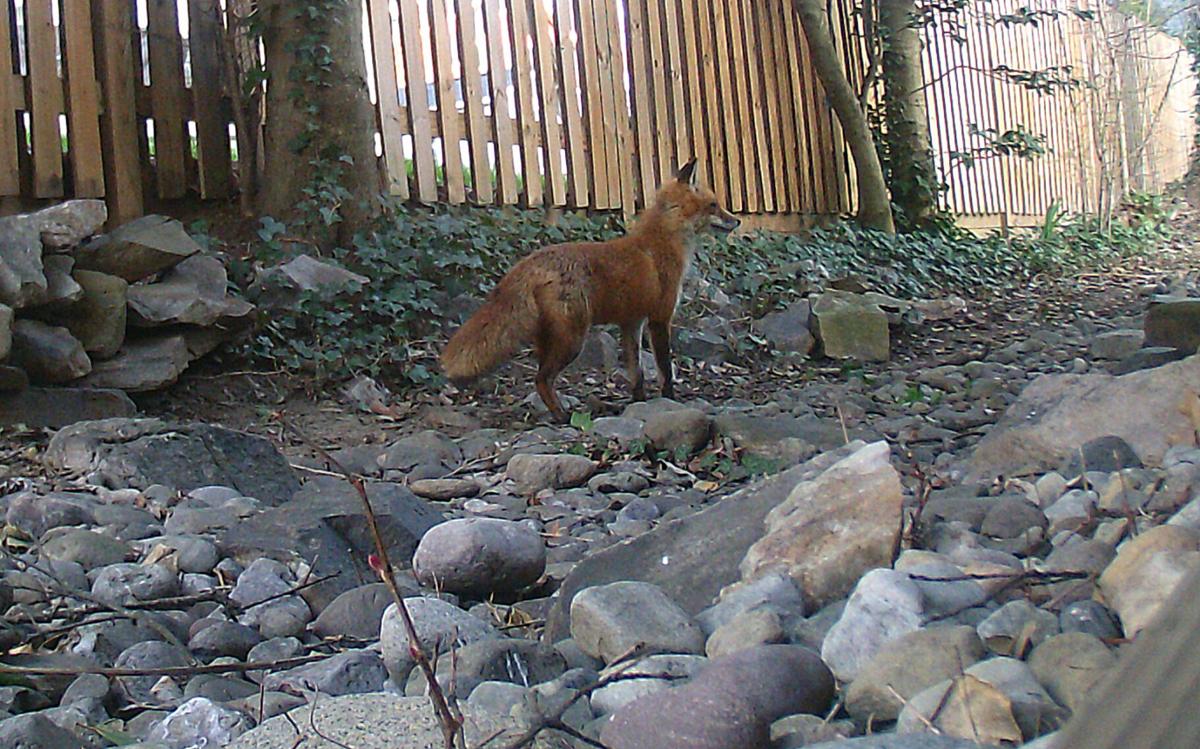 This fox was captured early one morning last summer in a yard in Alexandria, Virginia. Foxes are regular visitors in suburban neighborhoods and often appear on trail cameras, which operate by motion sensor. 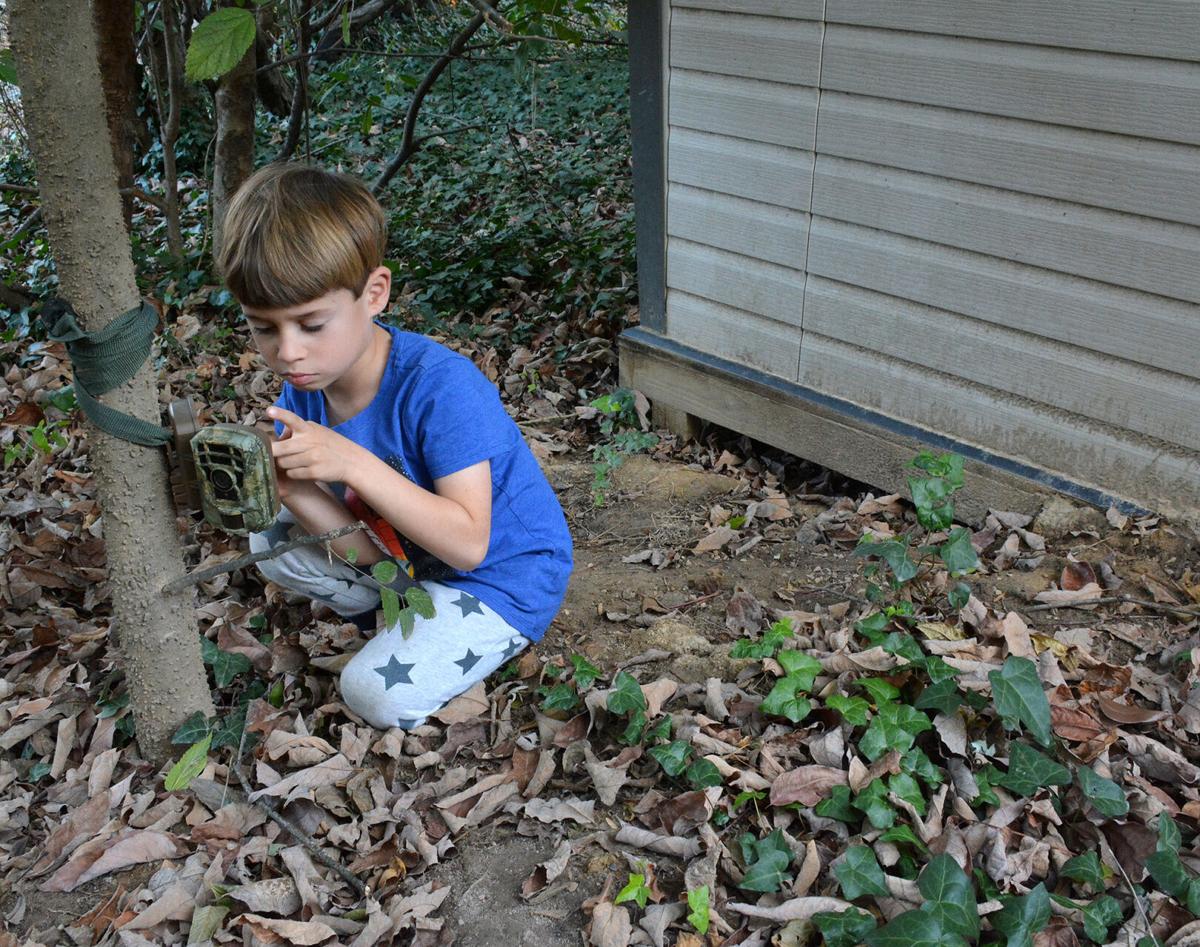 Evan Kosinski, 6, of Alexandria, Virginia, adjusts his trail cam to see what might be living under a neighbor's shed.

This fox was captured early one morning last summer in a yard in Alexandria, Virginia. Foxes are regular visitors in suburban neighborhoods and often appear on trail cameras, which operate by motion sensor.

Evan Kosinski, 6, of Alexandria, Virginia, adjusts his trail cam to see what might be living under a neighbor's shed.

A small backyard nestled between houses on a well-used residential street in Alexandria, Va., seems like an unlikely spot for a wildlife “highway.”

But during one evening in March, Evan Kosinski’s neighbor told the 6-year-old about seeing two foxes, two raccoons, a rabbit and one opossum between midnight and 6 a.m. His neighbor doesn’t crouch outside all night watching for critters and never leaves food to attract animals.

Instead the neighbor uses a trail camera, or trail cam, as an extra pair of eyes observing wildlife activity without human interference.

Wanting to learn more, Evan began looking for any animal signs in his fenced yard. Noticing a small hole under the steps of his family’s deck, he borrowed a cam and recorded a family of chipmunks coming and going.

A “wow” moment occurred when, with permission, he put the cam facing a hole under the neighbor’s shed.

“It showed a litter of raccoons living there,” Evan told KidsPost.

A fox, seen passing earlier, spooked the mom into moving her five babies (called kits) that night, taking each by the scruff of the neck. Evan noticed that each move took about 10 minutes, so he figured that her next hiding place was nearby.

Tempted to go hunting for the raccoons, he wisely decided not to.

“The mom moved them because she was scared,” he said. “We might scare them more.”

Since receiving his own trail cam last summer, Evan has seen bunnies’ ears twitching as they munch on grass, a young opossum in search of ticks and insects, and cats on nighttime prowls for mice or other prey.

“It’s a great hobby for someone Evan’s age,” said his dad, Shane Kosinski. “He tries different spots and angles and thinks about where the animals might go, and then if he doesn’t catch anything, he tries again.”

The use of trail cams in urban backyards provides year-round entertainment, as well as an education in animal behavior. What is creating mysterious holes in your yard, getting into your trash cans or eating your plants?

Evan hasn’t recorded any sick or seriously injured animals, but he has captured a limping fox on video. With research, he has learned that the best action to take is often no action.

“The rule of thumb is if the animal is moving in and out of your cam range, it’s probably OK,” said Carolyn Wilder, president of the Wildlife Rescue League in Virginia. “Wild animals are adapting to urban life, trying to coexist with us, and we want to figure out ways to live peacefully with them.”

Tips for using a camGood beginner cams can be found online or in sporting goods stores for less than $80. (This site reviews a few: outdoorwilds.com/best-budget-trail-camera)

• Tie your cam securely to a fence or deck post, tree or bench.

• Face your cam north or south to avoid glare during sunrise and sunset.

• Make sure branches or grasses are not in front of the cam’s sensor.

• Place your cam at knee height to photograph foxes, raccoons and other backyard wildlife on their level. Higher for birds.

• Check your cam only once or twice a week so you minimize disturbing wildlife’s natural activity.