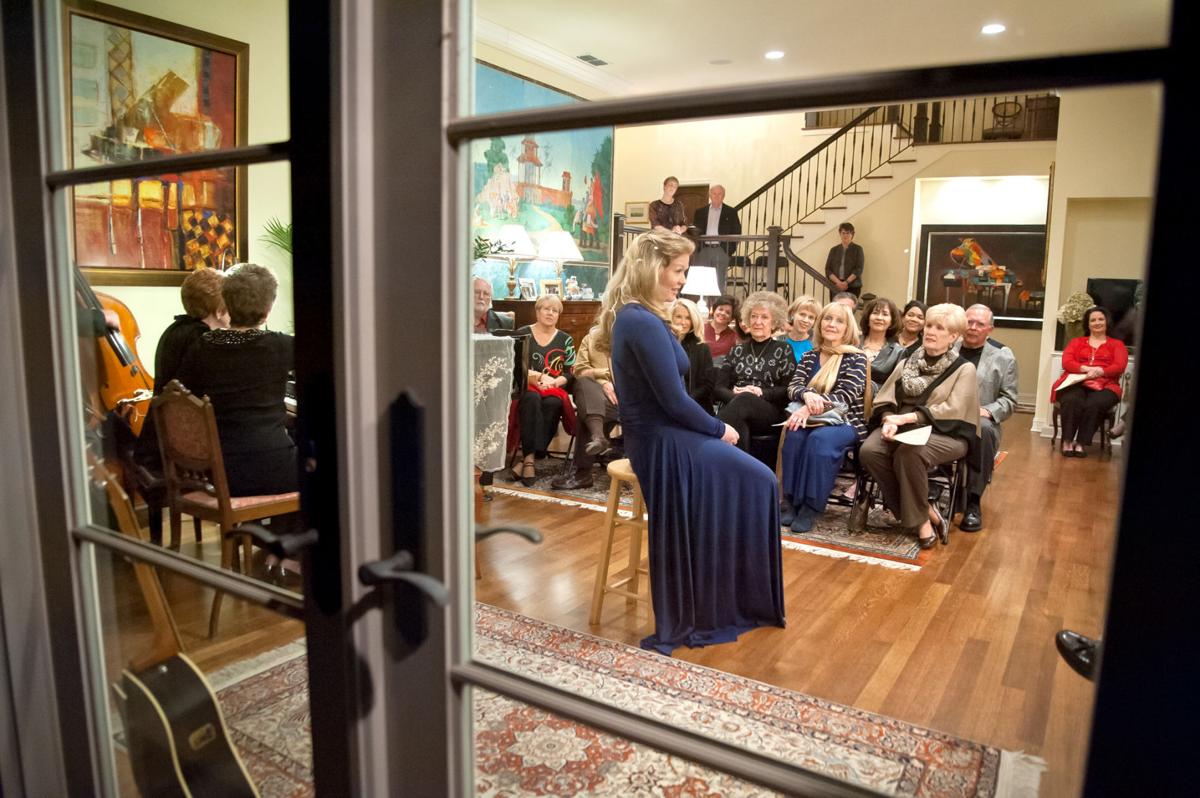 Vocalist Julie Forester Mangus performs for guests in her parents Sam and Jan Forester’s home on Jan. 29, 2015, at the Longview Symphony’s first Home Concert Series performance. Mangus was accompanied by her mother, Jan, on piano and Longview Symphony’s Ben Carter on bass. 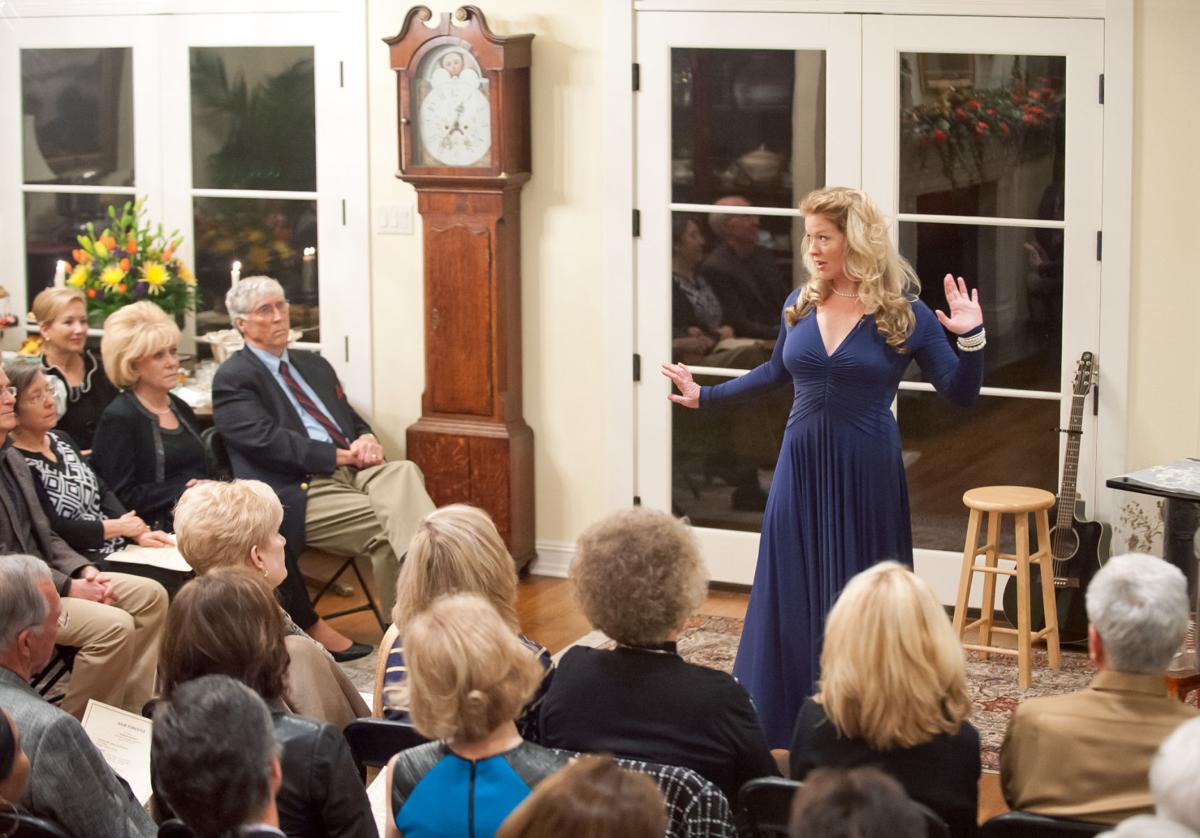 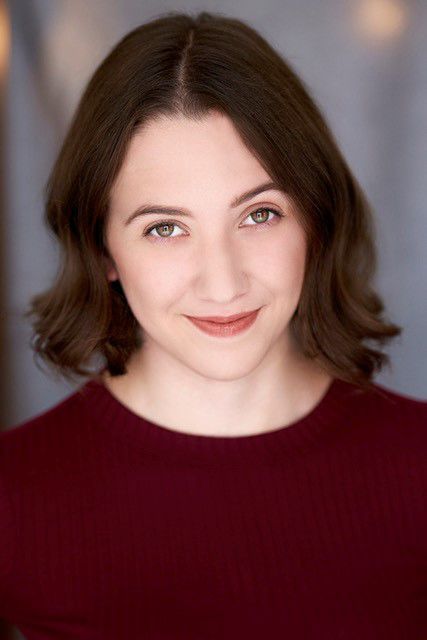 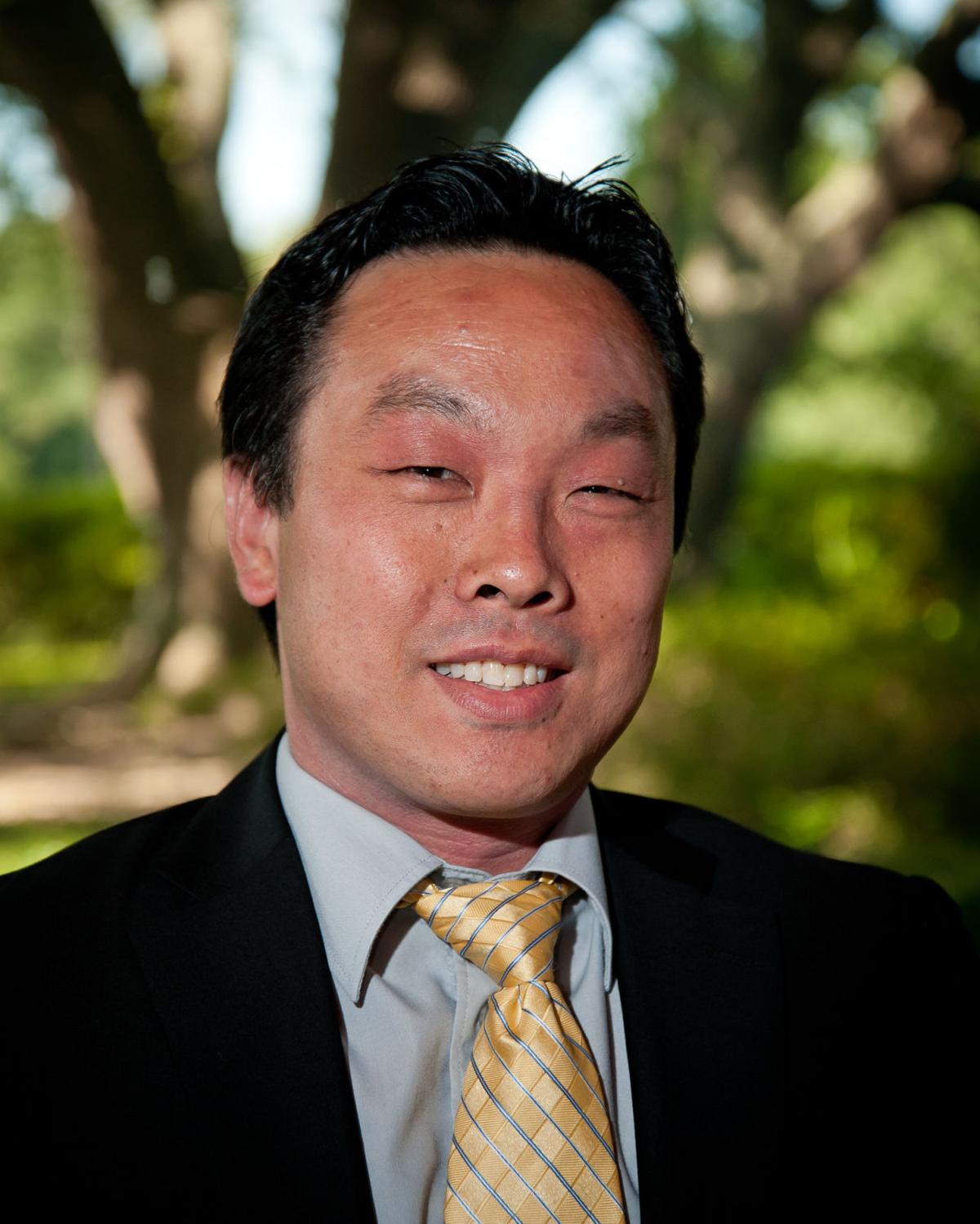 Vocalist Julie Forester Mangus performs for guests in her parents Sam and Jan Forester’s home on Jan. 29, 2015, at the Longview Symphony’s first Home Concert Series performance. Mangus was accompanied by her mother, Jan, on piano and Longview Symphony’s Ben Carter on bass.

This month, Longview-area residents have a rare opportunity to hear both classical music and Broadway tunes performed by a gifted group of musicians and vocalists in the intimate setting of a private home.

Called “Putting it Together” – a nod to Stephen Sondheim, who wrote a song with the same name – the concert takes place on the evenings of March 22 and March 23.

“We are putting together a lot of different musicians and different styles of music,” organizer Jan Forester said. The concerts will take place at her Longview home; she has been staging home concerts for more than 10 years.

“We try to recreate that feeling of 19th century Europe,” said Forester, who has a doctorate in piano pedagogy (teaching) and performance. “This whole idea emulates … music salons, in Paris especially, where musicians and artists such as Liszt and Chopin” performed in the homes of wealthy and well-connected women for select groups of aristocrats and others who influenced musical taste

“Putting it Together” includes selections from George Gershwin, Sondheim and other Broadway composers, as well as classical pieces, she said.

“I’m always interested in any opportunity to perform,” Brown said, adding that she has taken voice lessons since she was 8 or 9 years old. A couple of years ago she had a significant role in “The Music Man” at ArtsView Children’s Theatre in Longview.

“Performing was kind of a natural for me. … I really like the energy that it gives you, … and it’s so fun to live in that space where the energy is,” she said, adding that she’s excited to sing songs by Sondheim, her favorite composer.

“I’m looking forward to performing in such an intimate environment. … I can’t be huge because (audience members) are sitting right in front of me. It’ll be interesting to see how that affects the dynamics of the performance,” Brown said.

Each concert’s audience is limited to 60 or so people, Forester said. Past concerts have raised about $4,500 each; most items needed for the concerts are donated.

Proceeds raised from these concerts will be split between the symphony and the Longview Arboretum.

“I think these organizations are wonderful, and I want to contribute more than a check. I love to play. I love to share my music, the beauty and the gift that God has given. I love to work with other musicians and get to know them better,” she said.

“I have extreme pride in Longview and its devotion to the arts, and a desire to contribute to that in some way and to take advantage of all the wonderful musicians in the area,” she added.

Performers will vary according to the performance date.

Before and after the musical performance, which will last about an hour, audience members can enjoy hors d’oeuvres and wine while mixing and mingling with the performers, Forester said.

What:  “Putting it Together," home concerts benefiting Longview Symphony and Longview Arboretum

Where: At the home of Jan Forester

Opening lyrics to Stephen Sondheim’s “Putting it Together”:

Bit by bit, putting it together

Piece by piece, only way to make a work of art

Every moment makes a contribution

Every little detail plays a part

Having just a vision's no solution

Everything depends on execution

Putting it together (That's what counts) …