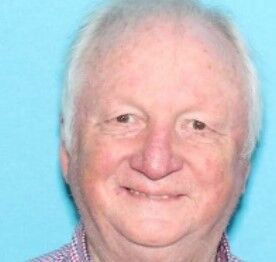 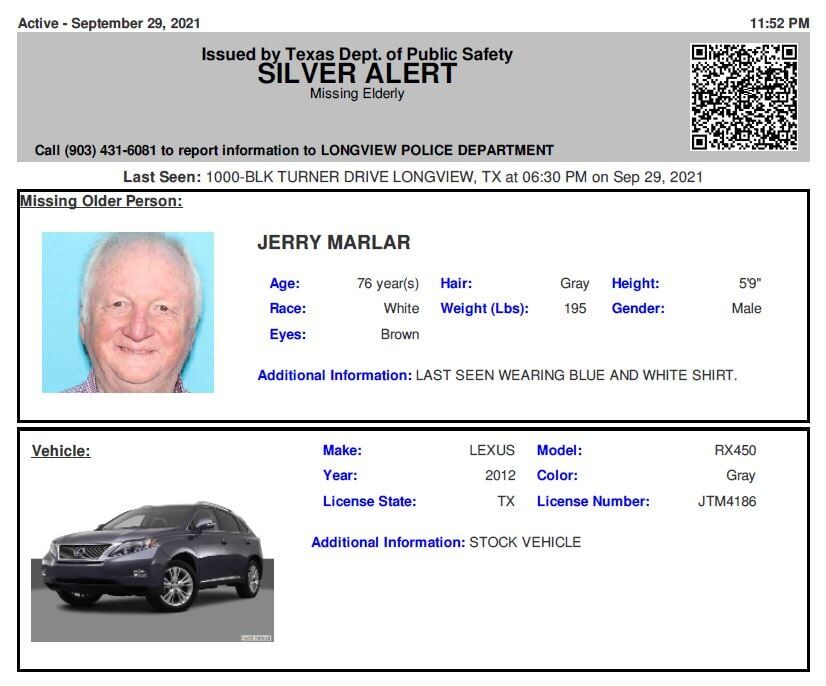 UPDATE: Jerry Marlar has been locates and is safe, Longview Police announced at 10:40 a.m. Thursday.

A Silver Alert has been issued for Jerry Marlar, 76, who was last seen leaving his home on Turner Street in Longview.

According to the alert, Marlar left Longview in a 2012 gray Lexus RX 450 with a Texas license plate JTM4186. His wife last spoke with him at about 11:15 p.m. Wednesday and he was in the Texarkana area.

Silver alerts notify the public of missing older adults with a documented mental condition who may have wandered, such as those with Alzheimer's disease and other forms of dementia.

Anyone with information is asked to call the Longview Police Department at 903-237-1170.

AMBER, Blue, Silver, Camo: What do all these alerts mean?

The most common alerts are AMBER, Silver, Blue, Endangered Missing Persons, Camo and CLEAR A…