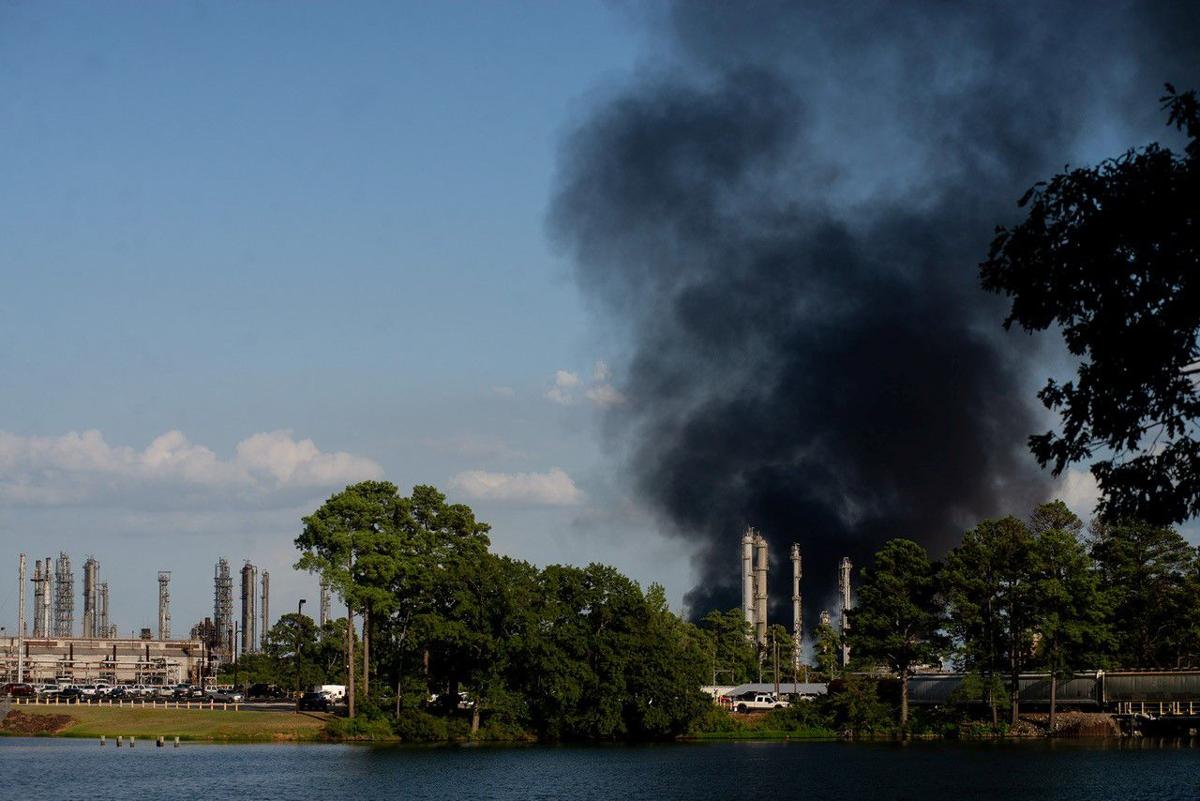 Smoke from flaring at Eastman Chemical Co., where plants are being shut down after a widespread power outage. 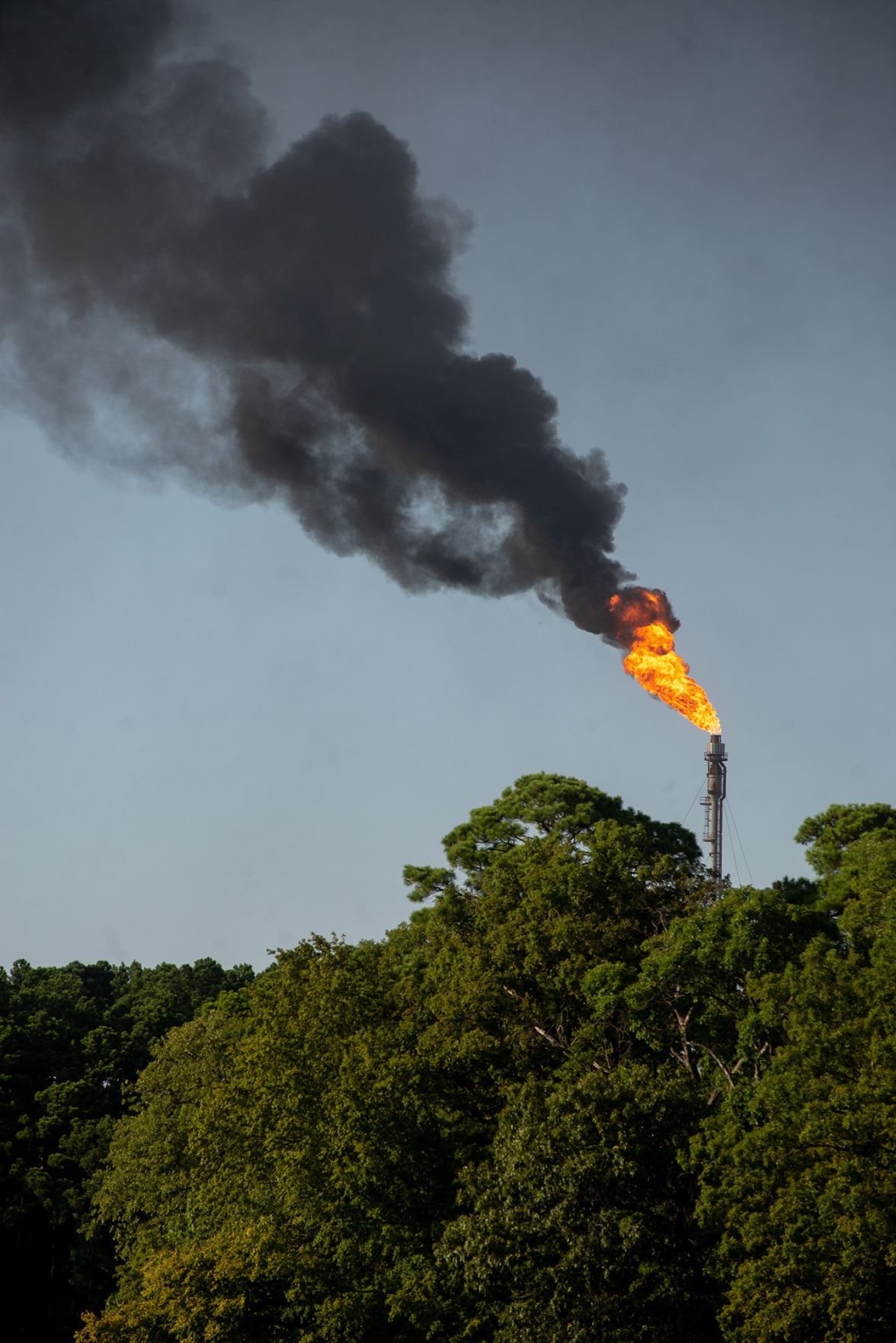 Black smoke rises from a stack where Eastman Chemical Co. is flaring material as part of the shutdown of plants related to a power outage. 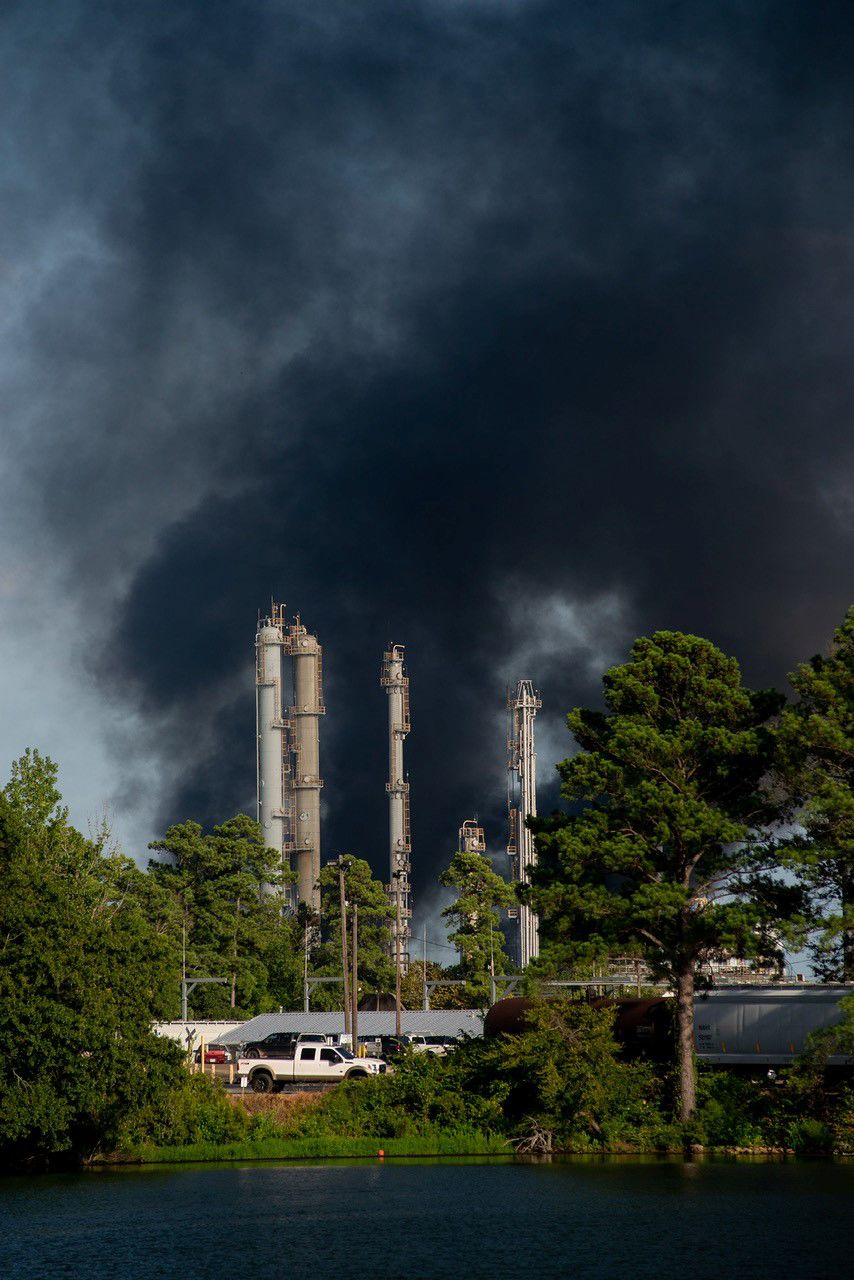 Smoke rises from Eastman Chemical Co. plant south of Longview as it flares materials while shutting down mulitple plants in response to a power outage that hit the region. 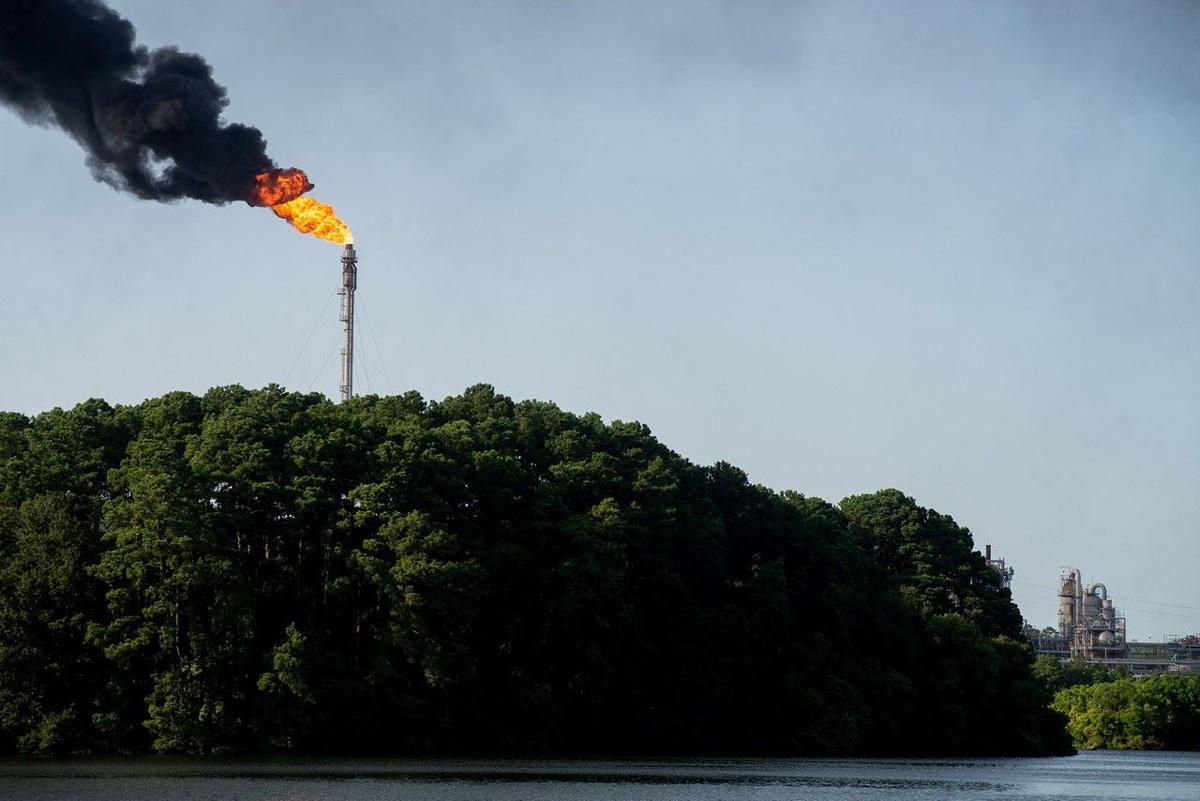 Flaring at Eastman Chemical Co. as part of a plant shutdown.

Smoke from flaring at Eastman Chemical Co., where plants are being shut down after a widespread power outage.

Black smoke rises from a stack where Eastman Chemical Co. is flaring material as part of the shutdown of plants related to a power outage.

Smoke rises from Eastman Chemical Co. plant south of Longview as it flares materials while shutting down mulitple plants in response to a power outage that hit the region.

Flaring at Eastman Chemical Co. as part of a plant shutdown.

UPDATE: Union Hill ISD in Upshur County has canceled classes today due to a power outage. The district reported the cancellation on Facebook and said students who ride the bus would be fed breakfast and sent home at 8:30 a.m.

“We’re methodically energizing our substations to ensure we can restore power to all customers tonight,” Gary Guin, SWEPCO director of Risk & Reliability, said in a statement. “The SWEPCO team appreciates our customers’ patience.”

Customers who turned off their air conditioners and appliances may turn them on again. SWEPCO has resolved voltage problems experienced earlier today.

Since 7 p.m., SWEPCO said, it has restored power to nearly 25,000 customers. Approximately 85,000 customers were without power at the peak. The latest outage numbers are available at SWEPCO.com/OutageMap.

Uncertainty remained late Sunday about the cause of a massive power outage that impacted about 85,000 customers across the region and was blamed for plant shutdowns at Eastman Chemical Co.

Flames and smoke seen rising from inside the Eastman grounds led to social media-fed fears of an explosion at the plant, but company officials said it was part of the process of shutting down plants as power failed.

The Rusk County Office of Emergency Management said the power outage was caused by what it called an "incident" at an AEP Southwestern Electric Power Co. substation near the Eastman plant. A SWEPCO spokesman said later he could not confirm that, adding, "We are still determining the root cause."

Whatever caused it, the outage had a big regional impact. Just before 5 p.m., the News-Journal began receiving reports from across the area of outages, power cycling off and back on, and low power. Shortly after 7 p.m., SWEPCO said about 85,000 customers were facing outages or reduced power. Without power to pump, some water supplies shut down, traffic lights were off in area cities, and restaurants and other businesses were dark.

About 10 p.m., SWEPCO said it expected to restore power to all East Texas customers overnight.

At Summer Green apartment complex in Longview, residents gathered outside after power went out. Among them was Kendra Grubbs, who said lights in her apartment began flickering about 5 p.m. Sunday.

“The lights were on at 5, but I was in the kitchen, and it started fluttering and then the TV in the living room just shut off and then it came back on," she said. "I didn’t know what was going on."

Residents across the area reported similar experiences, with power going on and off, and lights dimming — and for tens of thousands, eventually going off.

In and around Longview, a major focus was the plumes of black smoke that could be seen for miles rising from Eastman's site just south of the city. Closer to the plant, flames could be seen billowing both from stacks and on or near the ground.

In a telephone interview as the plants were shutting down, Eastman Vice President and General Manager Mark Bogle said the flames and smoke were part of the typical process in an unplanned shutdown.

“The AEP system’s voltage disturbances we’ve all been experiencing this afternoon shut down all our plants. What we’ve got right now is flaring from our cracking plants and a feedstock plant," he said. "This flaring is reflective of trying to shut down.”

He added there were no reports of releases of chemicals or gas, or of injuries related to the outage, shutdown or flaring.

Eastman spokeswoman Kristin Parker said later that horizontal flaring touched off a fire in a grass field on the plant grounds. "The fire is being controlled by our site emergency services and is no cause for concern to the public," she said.

The situation across the region prompted activation of the Gregg County Emergency Operations Center near downtown, Gregg County Judge Bill Stoudt said. The decision was made by officials with the city of Longview.

SWEPCO spokeswoman Karen Wissing said about 6 p.m. that 69,000 customers in the Longview area were without power. In just over an hour, it rose to 85,000.

By 9:30 p.m., SWEPCO's online outage reporting system showed 58,232 of its Texas customers were without power. Here's a look at major outages by county, followed by percentage of the utility's customers represented:

Just before 10 p.m., SWEPCO said it had by then restored power to about 25,000 affected customers.

“We’re methodically energizing our substations to ensure we can restore power to all customers tonight,” Gary Guin, SWEPCO director of Risk & Reliability, said in a statement. “The SWEPCO team appreciates our customers’ patience.”

It also said customers who had turned off air conditioners and appliances could  turn them on again. Earlier, SWEPCO had advised shutting them down to avoid damage as it was experiencing low voltage across its system.

It also said teams of employees were working to find the cause of the outage. They were patrolling lines by helicopter and downloading data from station equipment to understand the cause, Guin said.

Without power, some water systems across the area also were facing challenges, including some shutting down. Some were advising customers to expect discoloration because water flows were shifting as some wells lost power. Others put customers on a boil notice.

In Upshur County, customers of Pritchett Water Supply Corp. were being asked to conserve water and be patient, as outages hit its wells.

"We are setting up generators in as many locations as possible, other areas are gravity fed by overhead storage," the corporation said in a statement. "We're doing the most and best until all power is restored."

In Henderson, City Manager Jay Abercrombie said via social media the water system was operational despite some wells being down. "Due to this, water may be moving a different direction in some mains and this may cause discoloration," he said. "If pressure falls and a boil notice is required we will relay that immediately."

At Summer Green, the outage interrupted Grubbs' plans for the evening.

“I was going to do laundry and clean up,” she said as darkness fell. “But I’m about to leave because it’s hot and I can’t see anything.”

She said flaring is a controlled process designed to burn gases in a safe manner. It's done to protect equipment from failure via pressure relief by converting various chemicals through combustion to carbon dioxide, water and nitrogen oxides.