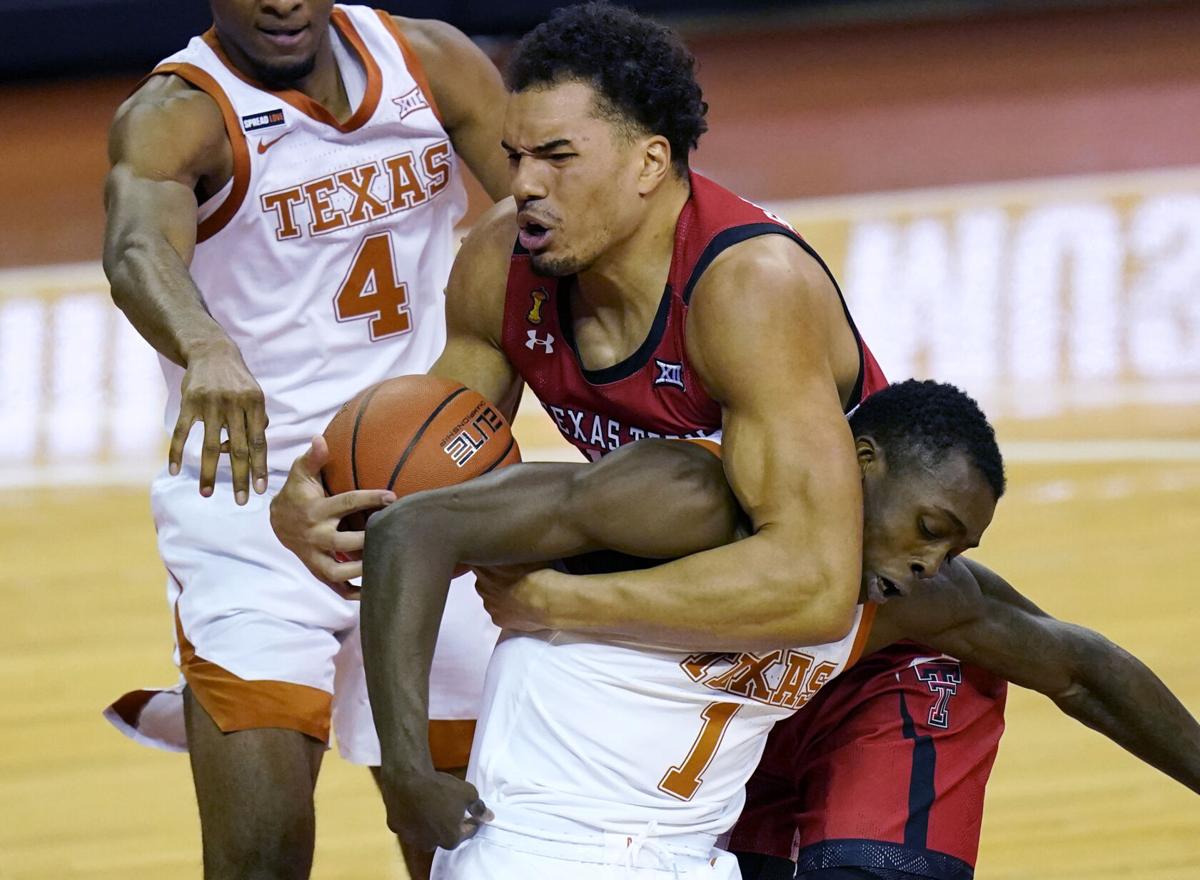 Texas Tech forward Marcus Santos-Silva, center, and Texas guard Andrew Jones (1) struggle for a rebound during the first half Wednesday in Austin. 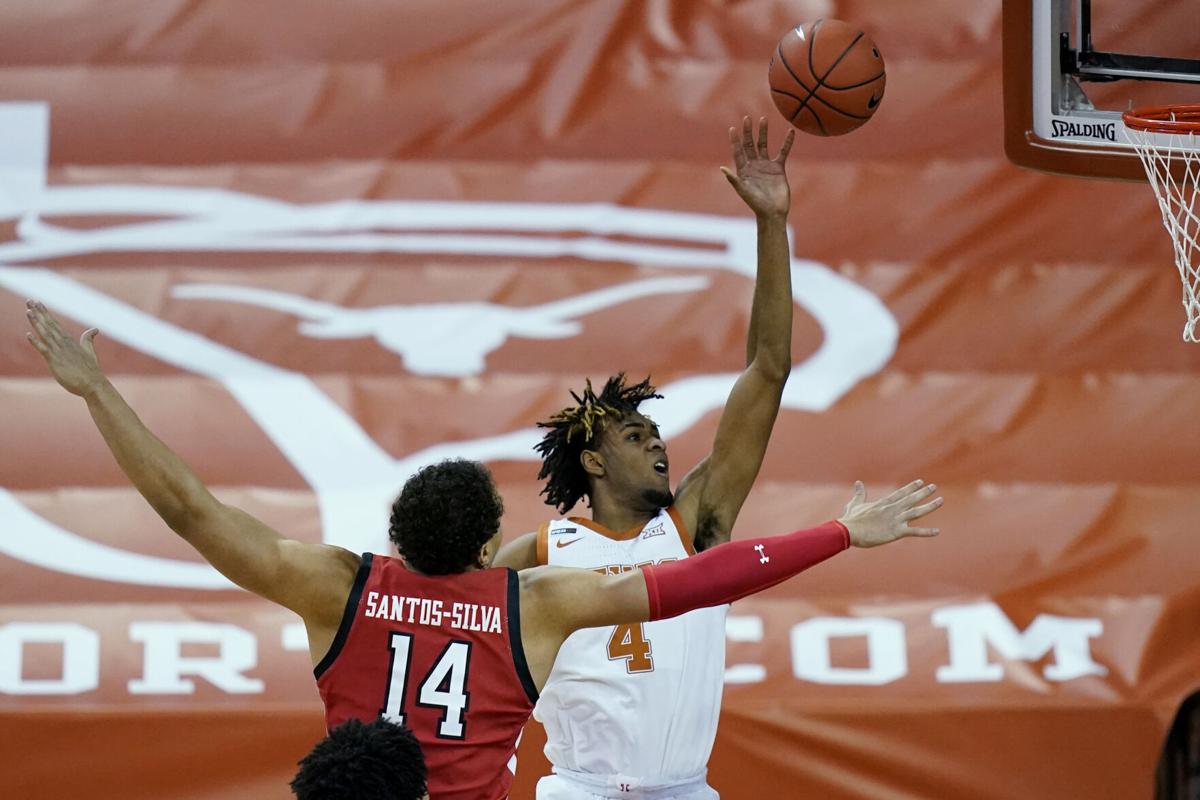 Texas Tech forward Marcus Santos-Silva, center, and Texas guard Andrew Jones (1) struggle for a rebound during the first half Wednesday in Austin.

AUSTIN — Mac McClung made a long jumper with 3 seconds left and No. 15 Texas Tech rallied to beat No. 4 Texas 79-77 on Wednesday night, ending the Longhorns’ perfect start in the Big 12.

Texas (10-2, 4-1) led almost the entire game and a blistering start against one of the top defensive teams in the country had the Longhorns in control before a sloppy finish and a flurry of late Texas Tech 3-pointers snatched the win for the Red Raiders (11-3, 4-2).

McClung’s shot was originally ruled a 3-pointer before a video review. Texas had a final chance, but Matt Coleman’s desperation 3-pointer never came close to the basket. Coleman also missed a shot in traffic for the lead with 17 seconds left.

McClung finished with 22 points. Andrew Jones had 20 for Texas, but scored just two points after halftime as the Red Raiders shut him down. Jericho Sims added 16 for Texas, but was just 6 of 14 on free throws, with two key misses late.

Texas led 77-73 after Courtney Ramey’s 3-pointer with 1:40 to play. McClung then made two free throws, Sims missed two free throws for Texas before the Red Raiders tied it when Ramey got sloppy passing the ball inbounds, creating an easy tying layup for Tech’s Terrance Shannon. McClung then buried his long shot from the right wing.

Texas Tech has roughed up the Longhorns in recent years with six wins in seven matchups, including three in a row in Austin. The latest was tense from the start. Both teams were whistled for technical fouls in the first half.

The last time these teams were supposed to play, they were pulled off the court during warmups at the 2020 Big 12 tournament in the early stages of the coronavirus pandemic. At the time, it was viewed as a pivotal game for Texas coach Shaka Smart, who was facing intense speculation that he could be fired.

Texas Tech: The Red Raiders gave up 48 points in the first half, then clamped down on Jones defensively, allowing him just one shot over the first 14 minutes. It was a pivotal turn that kept the Longhorns within range for a comeback after falling behind by 10.

Texas: The Longhorns finally had a game when it couldn’t find the big shot late. Texas was 4-0 in games decided by three points or less coming in. Just a few days earlier, Jones had made the game-winning 3-pointer in the final seconds to beat West Virginia on the road. And for all of its aggressive defense this season, Texas had no points off Texas Tech’s seven turnovers.