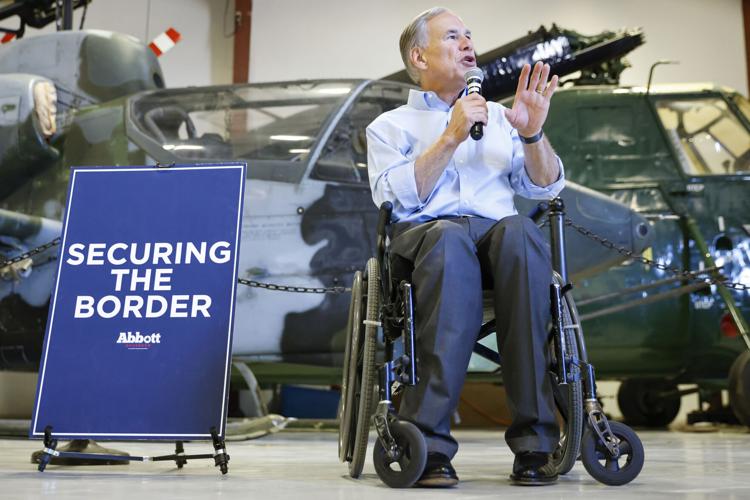 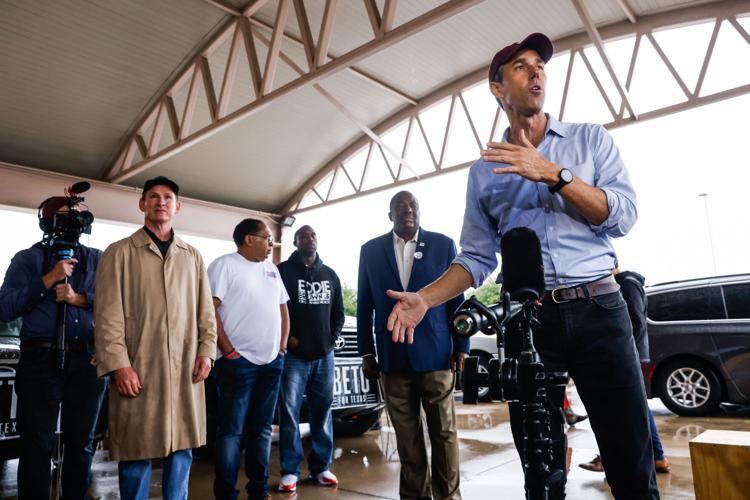 Beto O’Rourke gives a short speech to supporters during his visit to Friendship-West Baptist Church, a vote center in South Dallas, on Monday.

Beto O’Rourke gives a short speech to supporters during his visit to Friendship-West Baptist Church, a vote center in South Dallas, on Monday.

The president’s unpopularity in Texas has generated headwinds that make it difficult for Democrats to win statewide races.

Events and issues such as the 2021 winter storm, the Uvalde massacre, health care access and abortion rights aren’t worrying voters as much as the rising cost of goods and services, which is being blamed on Biden.

Democrat Beto O’Rourke is an underdog in his attempt to unseat Republican incumbent Gov. Greg Abbott, and Biden has made the challenge more daunting.

Texas Democrats not only have Biden’s specter haunting them, but also the lack of competition in most down-ballot contests. With former President Donald Trump in the White House and Republicans facing the national headwinds during the 2018 midterms, Democrats picked up 12 seats in the Texas House and beat two Republican congressional incumbents.

“Joe Biden is still an albatross around the Democrats’ neck. That’s true for all incumbent parties; in this case it happens to hurt Democrats,” University of Houston political scientist Brandon Rottinghaus said. “There are twin problems of low approval for the president and a negative economy, creating sour conditions for Democrats.”

Only twice in history — under Franklin D. Roosevelt in 1934 and George W. Bush in 2002 — has a president’s party picked up seats in both houses of Congress, and only seven times has it happened in one chamber during midterm elections.

To understand what a turnabout the last four years have been for Texas Democrats, let’s look back to the high-water mark in 2018.

Democrats had a clear message that resonated with voters: stopping Trump and Republicans from repealing the Affordable Care Act, which even some in GOP-leaning states supported.

“Trump was uniquely unpopular and divisive, so that created opportunities for Democrats to be able to peel off key voters that otherwise would support Republicans,” Rottinghaus said.

The health care issue drove voters to the polls up and down the ballot. Abbott, who was seeking his second term as governor, had an easy time running against the underfunded and largely unknown Lupe Valdez, a former Dallas County sheriff. But Lt. Gov. Dan Patrick and Attorney General Ken Paxton each had closer-than-expected wins, within 6 percentage points.

Patrick faces a rematch this year with Democrat Mike Collier, and Paxton is running against Democrat Rochelle Garza.

In 2018, O’Rourke came within 3 points of beating U.S. Sen. Ted Cruz, who was unpopular with independents and some Republican voters.

But health care had the largest impact on the down-ballot races. During a town hall meeting in Richardson, U.S. Rep. Pete Sessions was booed and criticized for efforts to repeal the Affordable Care Act, then widely known as Obamacare. Colin Allred, a voter protection lawyer and former NFL player, went on to beat Sessions and flip the Dallas-area 32nd Congressional District for the Democrats.

Democrats also won 12 House seats once held by Republicans, 10 in the Dallas area.

“What’s interesting is that the bottom of the ballot races ginned up support for the top of the ticket races,” Rottinghaus said. “Although you didn’t have Lupe Valdez do that well at the state level, you had a lot of wins for Democrats down ballot, and that is where all of the action was, and it increased enthusiasm from bottom to top.”

But Democrats failed to seize control of the Texas House two years later, and Republicans were able to develop a strategy for redistricting in 2021 to redraw legislative boundaries that would favor incumbents.

The new maps discouraged legitimate competition, which turned off the flow of money to down-ballot races that are now considered a lost cause in the 2022 midterms.

Without the national cavalry, or a strong push from the bottom of the ticket, O’Rourke and statewide Democrats have to win fights on their own, he often tells supporters.