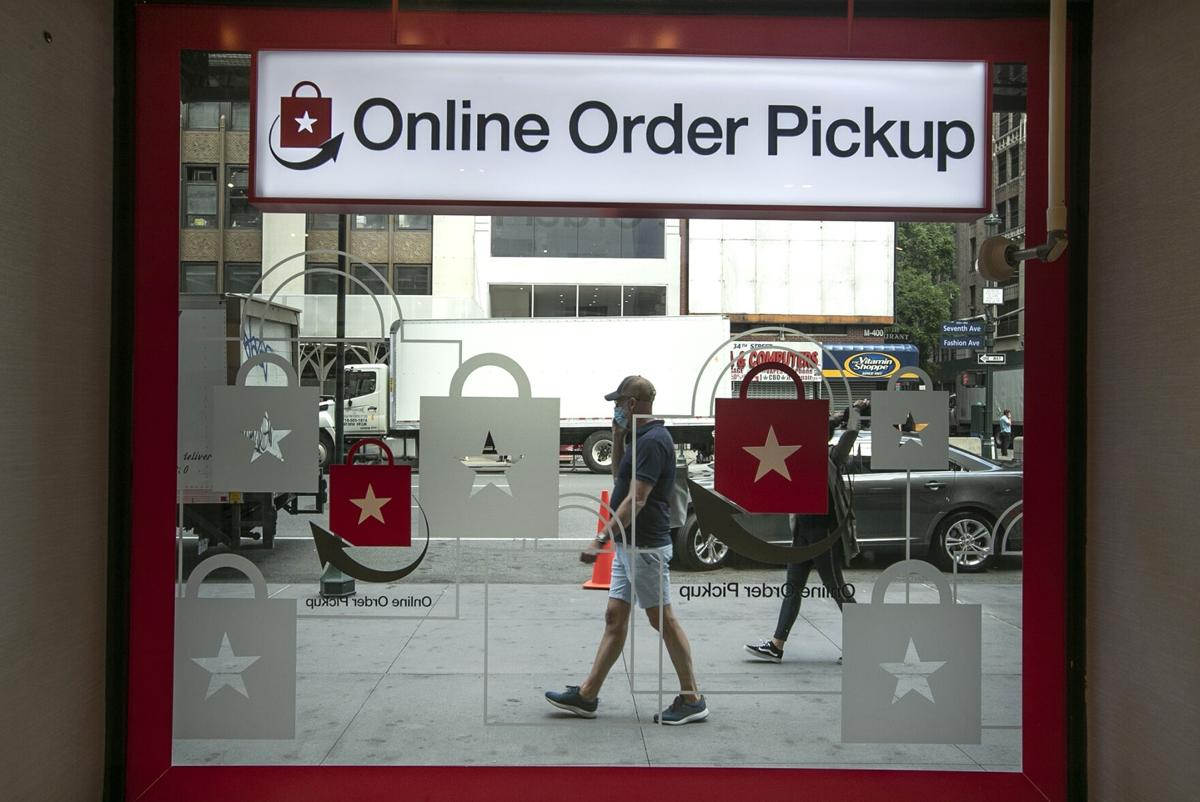 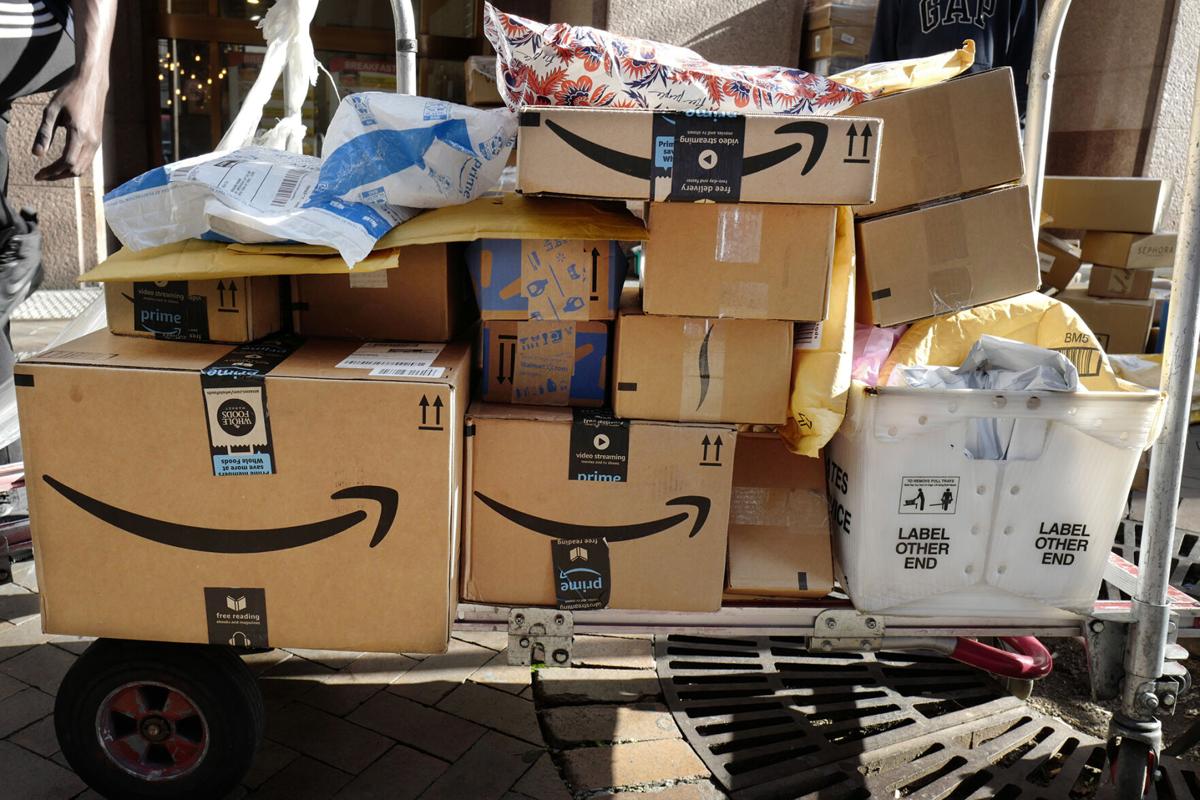 Amazon Prime boxes are loaded on a cart for delivery in October 2018 in New York.

Amazon Prime boxes are loaded on a cart for delivery in October 2018 in New York.

Early in the pandemic, armed with step-by-step instructions, Joseph Clay committed to buying absolutely everything online.

Texas toast, blueberry waffles and diet root beer are repeat orders, spliced with the occasional addition: skull-shaped bookends, slippers for his partner and one overnight purchase to placate an aching tooth. He gladly shelled out $17.21 for a tube of Anbesol, an over-the-counter pain relieving gel, which Amazon had it to him before dawn.

“My youngest daughter shops online constantly, so I called her up and said, ‘Hey, this online shopping thing — how does it work?’ “ said Clay, 60, a retired engineer in Nashville. “She gave me a quick rundown, and it just blew me out of the water.”

The coronavirus pandemic has reshaped habits and behaviors of even the most resolute shoppers as social distancing became a key line of defense against infection. But one of the most significant and unexpected shifts, experts say, was the almost immediate embrace of online shopping by people in their 60s, 70s and 80s.

As baby boomers move online, retailers and consumer goods brands are scrambling to meet them there with round-the-clock customer service, detailed nutrition information and interactive videos aimed at simplifying e-commerce for the uninitiated. Instacart, the nation’s largest online grocery provider, has created a service that helps older consumers set up accounts, fill their carts and place their first orders. The program has been so popular — helping onboard hundreds of thousands of new shoppers.

“There has been a significant increase in consumers over 50 who had never shopped online and are now saying, ‘Oh wow, this is so much easier than I thought,’ “ said Deborah Weinswig, chief executive of retail consulting firm Coresight Research. “There’s going to be a lot more mixing and matching: ‘Maybe I want to go to the store to squeeze my own vegetables, but I’ll get non-perishables and dry goods delivered.’ “

Consumers 65 and older, on average, spent a total of $1,615 online from January through October, a 49 percent increase from a year earlier, making them the fastest-growing cohort of online shoppers, according to NPD Group’s Checkout Tracking, which captures data from consumer receipts both online and in stores. Frequency of purchases, meanwhile, climbed more than 40 percent.

And though the trend is borne primarily from necessity — older adults are at higher risk for complications if they contract COVID-19 — analysts say they expect the behavior to stick even after the pandemic is over.

“I don’t think I’ll ever go back to a grocery store,” said Chip Bergh, 63, chief executive of Levi Strauss & Co. “I’m one of those people who likes to go grocery shopping, but I haven’t stepped foot in one during the pandemic. It works well enough.”

Clay starts each month with a $1,200 grocery delivery for his four-person household in Nashville, including his 23-year-old son and 80-year-old mother. Sometimes he makes a Kroger run to pick up meat, bananas and other fresh items, but otherwise avoids stores.

“I’m 60 and I have a heart condition, so I’m in that high-risk category,” he said. “I was advised by my doctor: ‘Don’t go out unless you have to.’ And I said, ‘Well, I’ve just learned this online shopping stuff.’”

It hadn’t occurred to Ethel Murrell that she could fill her fridge without a trip to the store until a few months ago, after some promotional Instacart emails and her own wariness about going out during the pandemic prompted the 75-year-old to give grocery delivery a try.

“Now I love it so much that I won’t ever go back,” said Murrell, who lives in Prince George’s County, Md., and uses a combination of delivery and curbside pickup services. She also got an Amazon Prime membership last year, which she says she wouldn’t have ordinarily considered.

Baby boomers are a coveted demographic: They tend to be loyal customers and have more disposable income than their younger counterparts. In 2018, consumers 50 and older spent $7.6 trillion, accounting for 56 percent of overall U.S. spending, according to AARP.

Though grocery delivery — popularized by services such as Peapod, Instacart and Fresh Direct — had been picking up in large cities like New York, Chicago and San Francisco even before the pandemic, it had been slow to catch on in many parts of the country, making up just 2 percent of annual grocery sales in 2019, Weinswig said. Baby boomers were an often-overlooked demographic among e-commerce companies, analysts said, because they tended to prefer shopping in physical stores and had little reason to adopt new habits.

The pandemic, though, has shifted consumer behavior in a way that retailers did not anticipate. Major chains like Walmart and Target have invested heavily to meet surging demand for delivery and curbside pickup, which has grown by as much as eightfold during the pandemic.

At Instacart, shoppers in the 60-plus category order groceries 25 percent more frequently than their younger peers and spend 35 percent more on household items, such as cleaning supplies and paper products.

Since the pandemic, the number of sign-ups from this demographic has tripled, a spokeswoman said.

“There’s been a clear shift during COVID,” said Nick Green, chief executive of online shop Thrive Market, where 1 in 4 shoppers is now older than 65. “We saw a spike and immediately started making changes to cater to older users because we knew a lot of them were at most risk of COVID and maybe hadn’t shopped online before.”

The site, which specializes in organic food and products, allows shoppers to filter items by dietary needs, such as plant-based or gluten-free. Thrive Market has also expanded its selection of supplements, which tend to be popular with older shoppers.

Packaged foods company Kraft Heinz is hoping to simplify online shopping by working with Instacart, Kroger, Walmart and other retailers to group items online by category, such as breakfast or burgers, instead of traditional supermarket aisles. The company is also creating videos and interactive images that clearly show a product’s size and ingredients, and is giving shoppers the option to add several related items — say, ketchup, mayonnaise and pickles — to their carts with one click. In many ways, executives said, the shift to online shopping makes it easier for companies to anticipate and meet consumers’ needs.

“We’ve seen a significant increase in baby boomers shopping online, so the focus has been, ‘How can we make this as easy as possible for them?’ “ said Elizabeth Bennett, vice president of e-commerce for Kraft Heinz. “If you think about a traditional store, I can’t control which entrance you walk in or which aisles you go down. But online, when we see who you are as a consumer, we can surface certain items.”

At Hy-Vee, a chain of about 250 supermarkets throughout the Midwest, the number of shoppers 65 and older who are ordering online has nearly quadrupled during the pandemic, outpacing overall growth. Many of its locations have expanded pickup areas in their parking lots and are adding new delivery options, according to spokeswoman Dawn Buzynski. The grocer has also added a tool to its website that allows shoppers to search for recipes and add ingredient lists straight to their online carts.

And the shift is not confined to groceries; older shoppers are flocking to other online retailers, too. The number of baby boomers shopping on Lowes.com soared more than 70 percent in the first two months of the pandemic, according to Jackie Pardini Hartzell, a spokeswoman for the home improvement chain.

“The past year has demonstrated just how quickly shopping behaviors can change,” she said.

Sue Kraft, 73, an artist in Zionsville, Ind., has begun doing all of her grocery shopping online, patching together weekly deliveries using Amazon Pantry — which was recently discontinued — Amazon Fresh and Shipt. Just about everything goes to her in the mail these days: shoes from Amazon, clothing from L.L. Bean and art supplies from Blick Art Materials.

“I actually hate shopping, and online shopping is a godsend to me,” she said. “[My husband] begins to worry about me if we haven’t had a box from Amazon delivered for a few days.”

But long held routines can be difficult to give up, particularly for customers who relish their weekly outings to the grocery store or want to pick out fresh foods themselves.