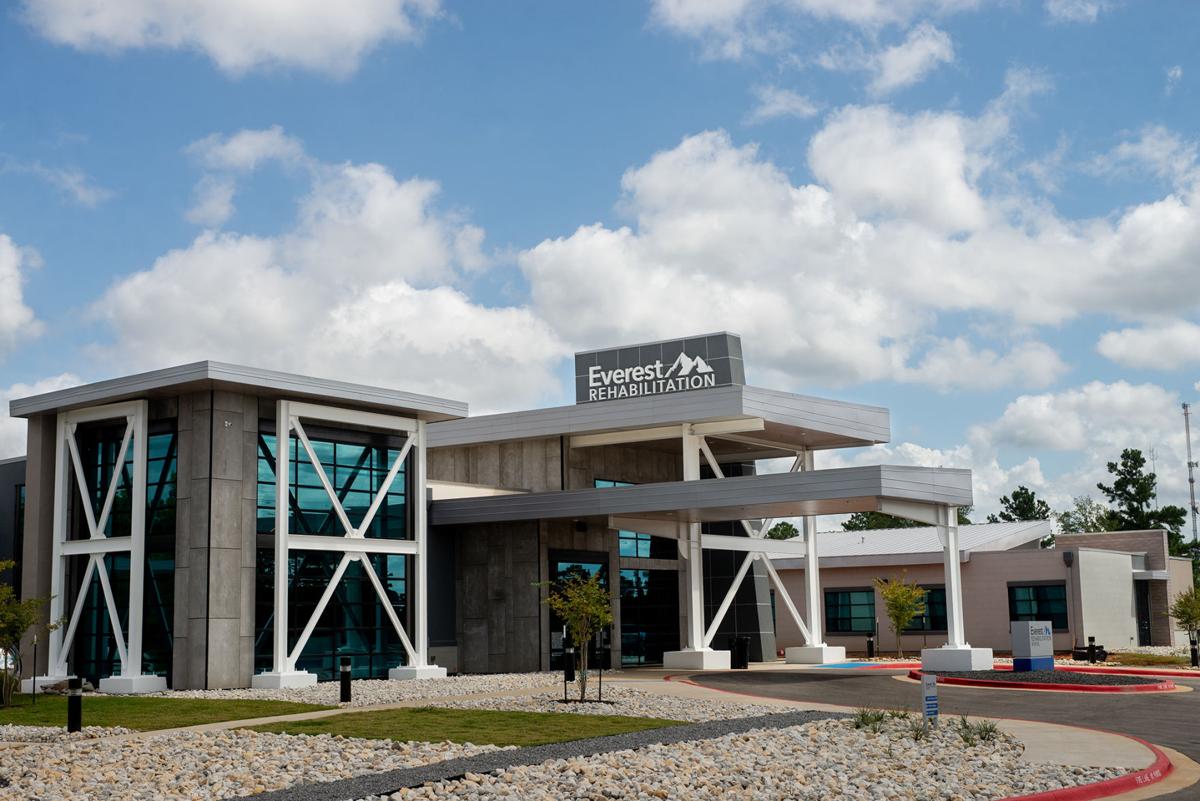 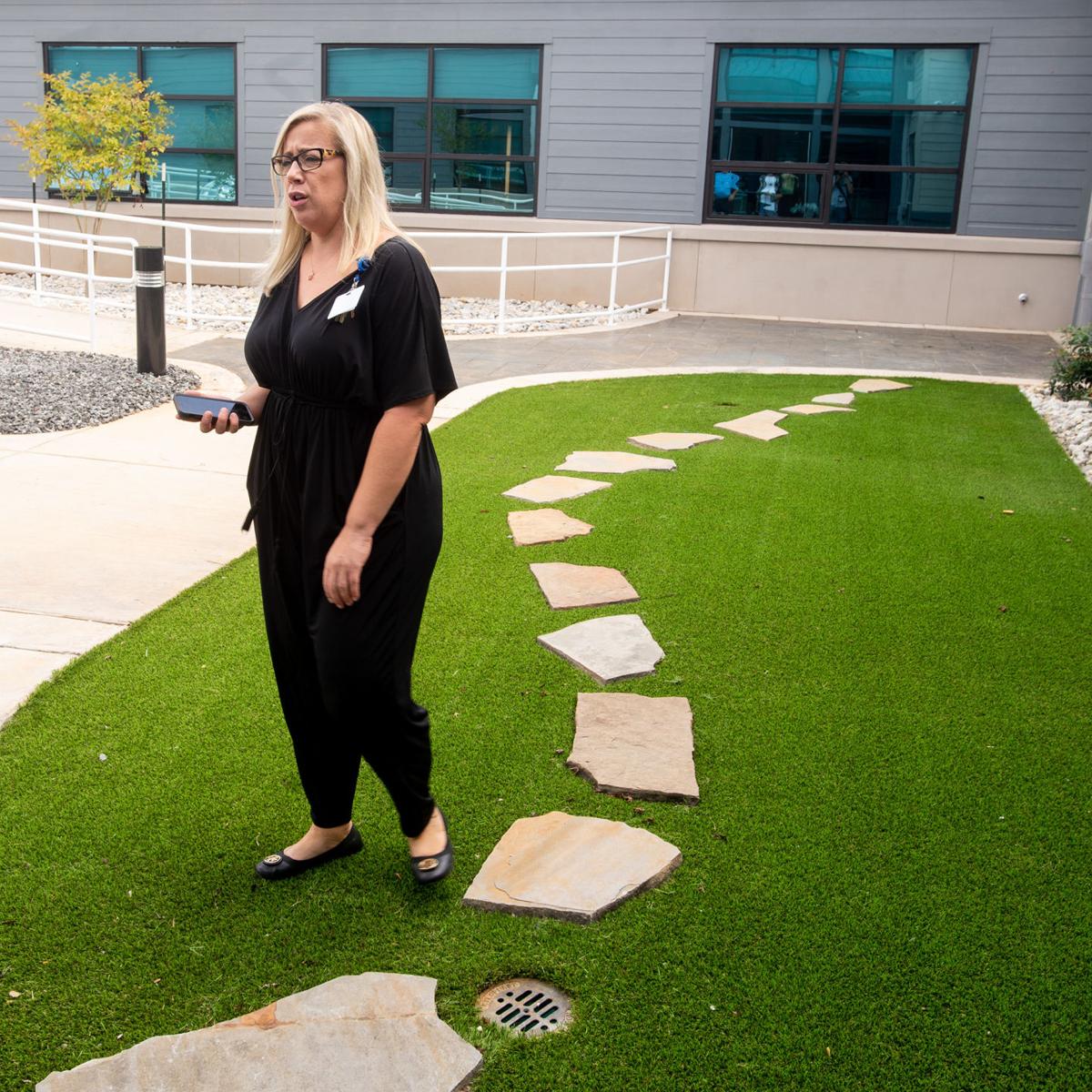 Kimberley Lero, CEO of Everest Rehabilitation Hospital, speaks about the variety of walkways installed to help people attending rehab at the facility. 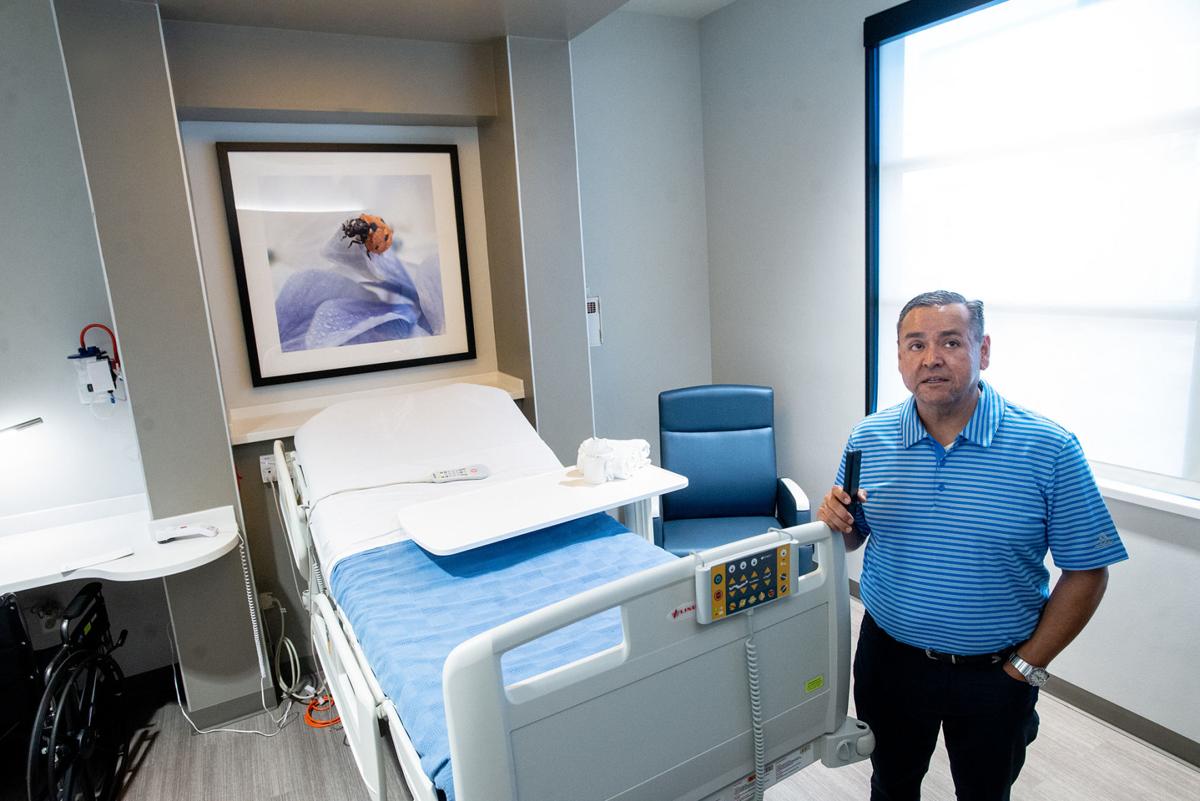 John Quintana, CEO/Co-founder of Everest Rehabilitation Hospital, speaks in September about the design of patient rooms. 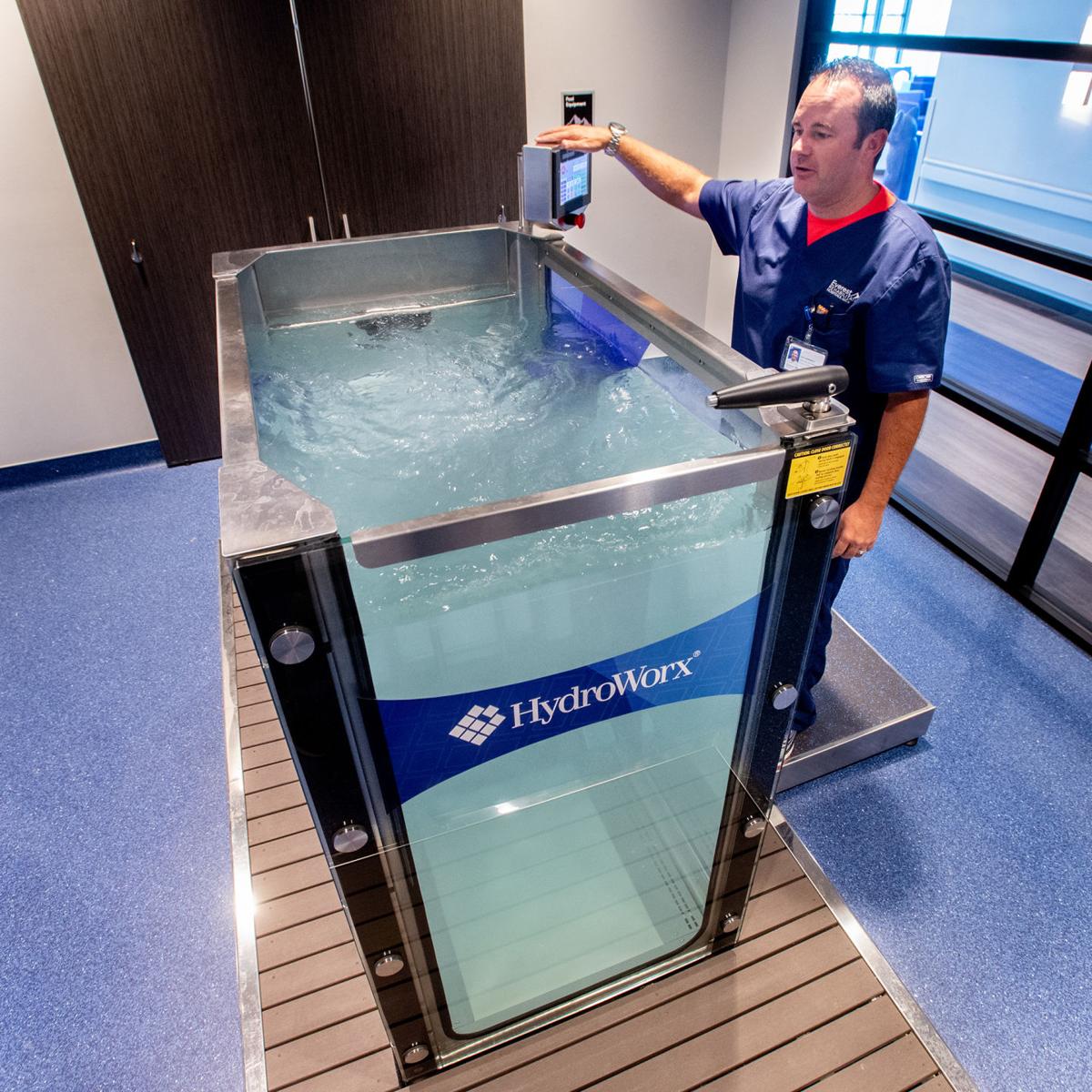 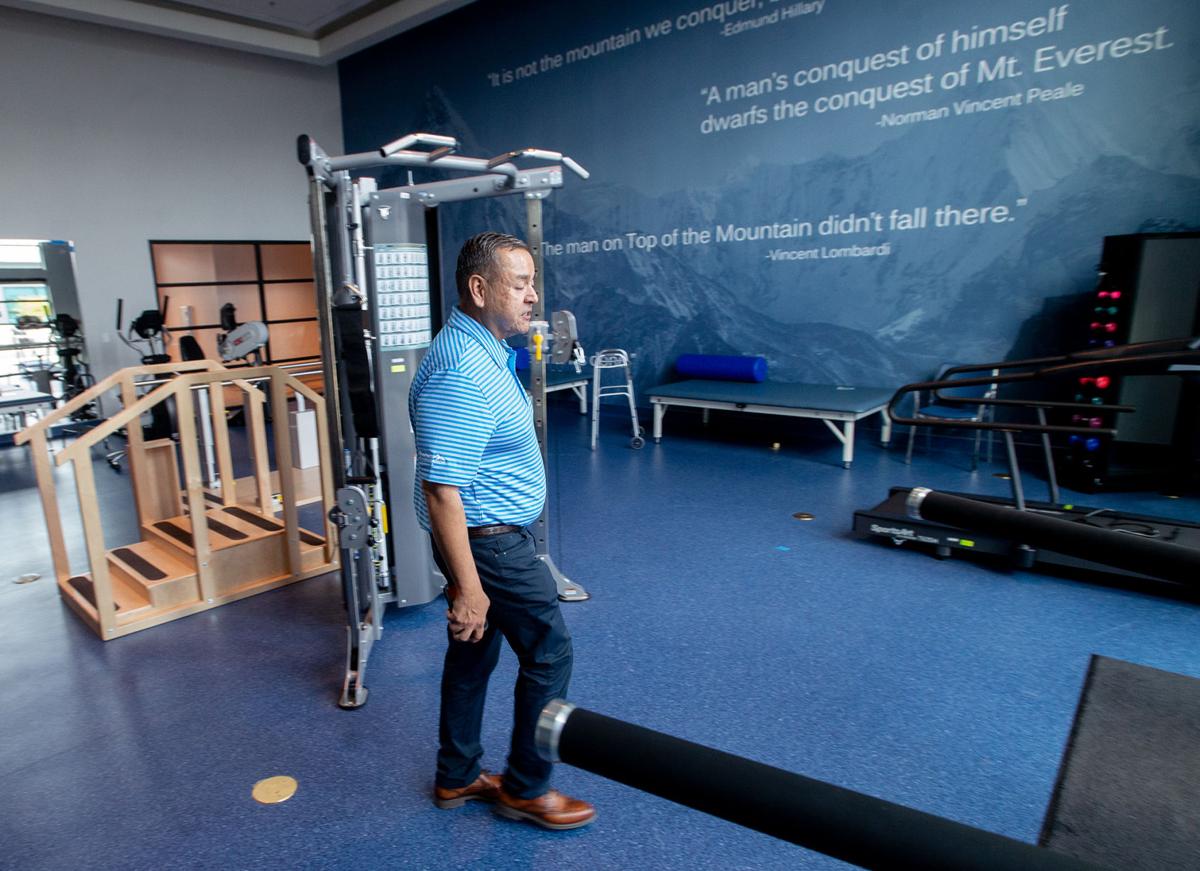 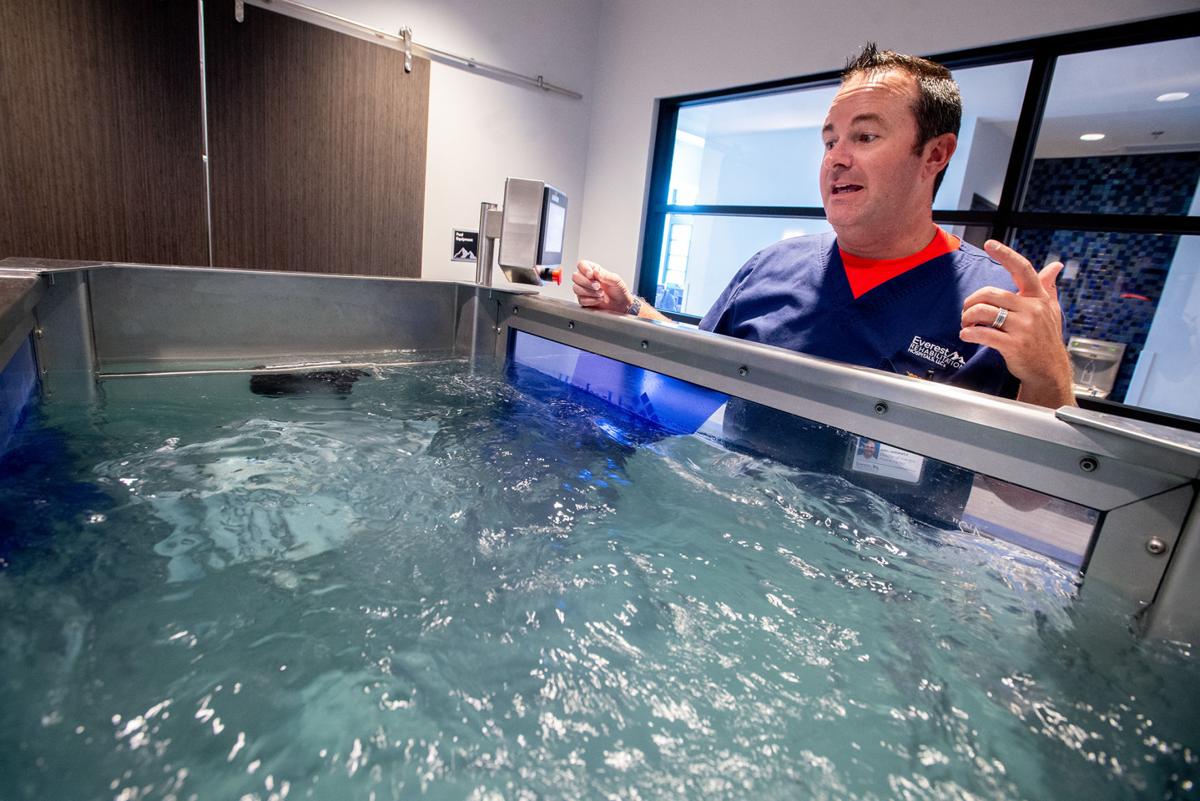 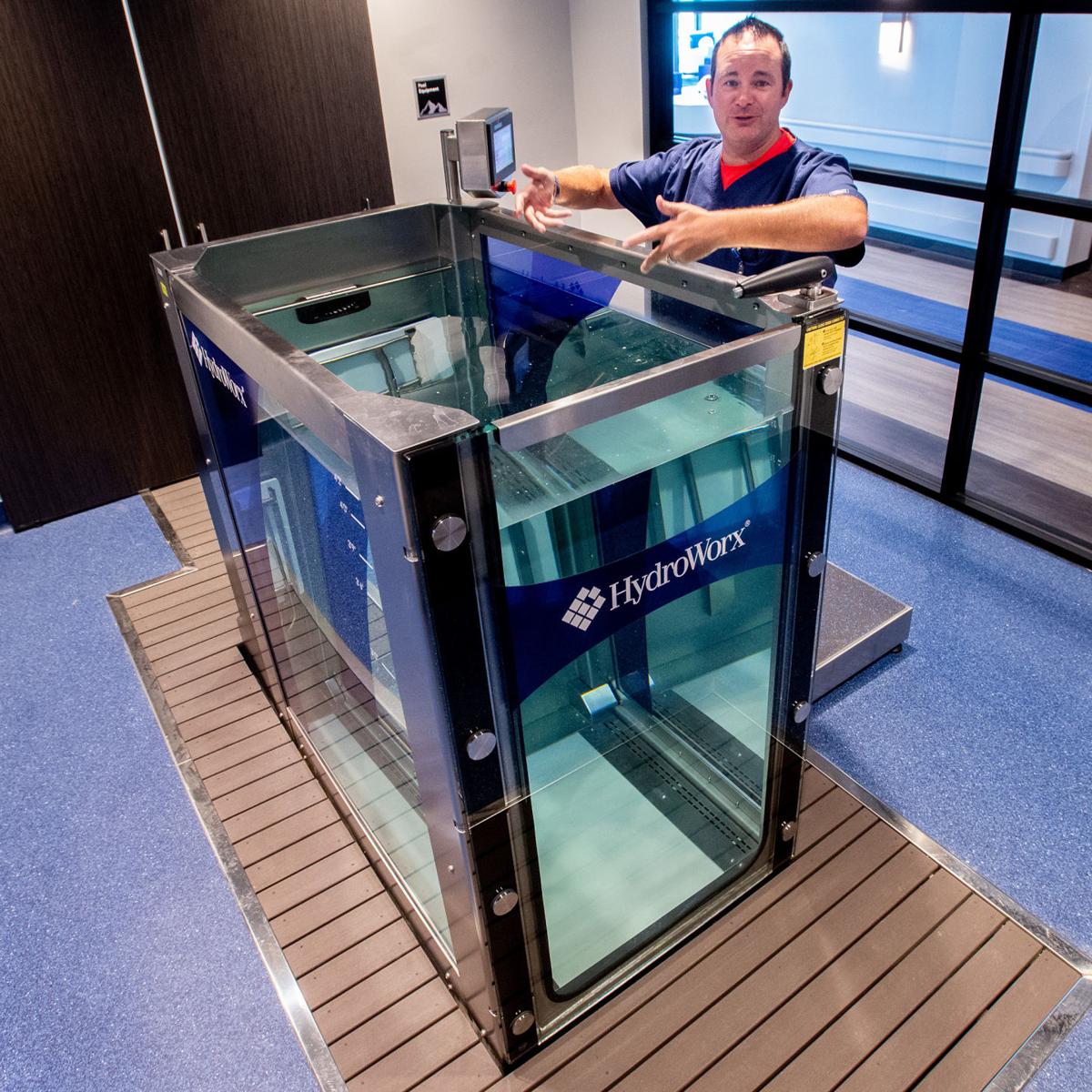 Kimberley Lero, CEO of Everest Rehabilitation Hospital, speaks about the variety of walkways installed to help people attending rehab at the facility.

John Quintana, CEO/Co-founder of Everest Rehabilitation Hospital, speaks in September about the design of patient rooms.

”It is not the mountain we conquer, but ourselves.”

— Sir Edmund Hillary, New Zealander who first reached the summit of Mount Everest with Nepalese Sherpa Tenzing Norgay on May 29, 1953

For many people recovering from surgery or a severe injury, getting back to “normal” may seem overwhelming, even impossible. That’s especially true for older adults, who often have chronic conditions such as arthritis.

Everest Rehabilitation Hospital, which opened this summer in Longview, seeks to help them overcome these mountainous obstacles on their journey to recovery.

Jay Quintana, co-founder and CEO of the facility’s corporate parent, said he has a personal connection to the challenges facing older patients who need physical therapy.

“My grandparents raised me,” he said. His grandfather had an amputated limb, and Quintana saw how few services were available for people like his grandfather.

“Jay is drawn to (working with older adults),” she said. “It’s his calling.”

That calling has led to discovery of a niche Everest is now working to fill across the country. The first two of its hospitals are open, it has three more under construction, another about to start construction — and big plans for the future.

“We’re looking at doubling the size of the company in six months,” Quintana said.

The parent company is called Everest Rehabilitation Hospitals for a reason, Quintana said.

“ ‘Everest’ came about by brainstorming possible names. When we thought about the challenges patients face, we compared it to climbing a mountain and thus the most famous mountain … Everest,” he said.

That theme is repeated throughout the 41,000-square-foot facility. Inspirational quotes adorn one wall of the hospital’s state-of-the-art inpatient physical rehabilitation gym. Photos of the massive Himalayan mountain — the highest in the world — line airy, light-filled corridors.

Everest’s mascot is the red panda, which are native to the eastern Himalayas. Several sculptures of the creature can be found throughout the building. However, these red pandas are cast in blue, in keeping with the royal blue, white, tan and dark brown color scheme.

Business cards are emblazoned with the slogan, “Taking Rehabilitation to New Heights.”

The $23 million facility boasts inpatient and outpatient therapy gyms, an outdoor mobility courtyard, two large education or conference rooms, the Summit Café and an in-house pharmacy. It specializes in helping patients recovering from injuries and surgeries or living with disabilities and chronic medical conditions.

In a news release, Quintana put it this way: “Our interdisciplinary level of care in our acute rehabilitation hospital setting cannot be provided at other levels of care such as skilled nursing facilities or nursing homes. … We provide one-to-one therapy, three to five hours a day, six days a week; daily medical visits by rehab physicians and a strong nurse-patient ratio that contributes to the optimal outcomes and the highest quality of care.”

Patients must be 18 years of age or older; the Longview facility has already had patients as old as 102, he said.

The undisputed star of physical rehabilitation is the underwater treadmill. Patients walk on a treadmill in a tank filled with water; the water supports the patient’s joints, preventing further injury, and the patient benefits from exercising muscles used in walking.

The outpatient physical therapy gym even has a small car so patients can practice getting in and out of the seat. Both gyms have floor-to-ceiling glass windows; ceilings are two stories high.

An outdoor courtyard has long, sloping ramps and short flights of steps for patients to practice negotiating. They can walk on concrete, cut stone, artificial turf and several types of paving stones.

A day or two before discharge, inpatients stay in a small apartment with a regular bed, kitchen and bathroom, to practice handling daily tasks such as using a microwave or operating the stove.

“We get patients as independent as we can before they go home. … Our goal is to get the patient back to their previous level of function,” said Lero, vice president of quality and compliance.

Everest Rehabilitation Hospitals, based in Dallas, turned three years old in September. Besides Quintana, co-founders are Omar Jenkins, chief financial officer, and Marc Sparks, chairman of the board.

The first corporate staff — Lero, a chief clinical officer, a head of information technology and a corporate director of business development — were hired just over a year ago.

Quintana has been in the physical rehabilitation field for 28 years.

“I had been running health-care companies. … I had built hospitals for other companies. I had seen what works and what doesn’t work,” he said. “I decided it was time to start my own company.”

His research on access to rehabilitation hospitals across the country found a niche to be filled. While larger cities often had several such facilities, “the smaller cities were ignored,” he said. That means people needing inpatient rehabilitation in communities with populations from 65,000 to 85,000 had to drive 35 or 40 miles for services.

That’s a long commute if you drive it every day, especially if you’re an older adult who needs physical therapy or an older person whose spouse is hospitalized for rehabilitation.

“Our vision is that family is an important part of rehabilitation. We wanted to cut out the commute,” said Lero, who has been an emergency room and labor and delivery nurse. Through her career, she found she enjoyed helping older adults while working in a long-term acute care hospital setting.

“Our goal is to be a resource for this community, both for patients and other health-care providers,” she added.

An analysis of the projected number of hospital patients discharged to rehabilitation facilities indicates that the Longview facility “will be self-sufficient in six to nine months,” he added.

“We are committed to this community. We wanted to hire local people who are invested in this community,” he said. “We have 128 employees. It’s a 24-hour operation.”

Quintana said he’s been impressed by “the outpouring of support that we received from Longview, from the time that we first looked at land.”

The parent company’s goal is to build a new hospital every six months.

“We are constantly looking at locations, with seven to 12 locations in our pipeline” at any one time, Quintana said. Each facility is identical.

Because of weather delays, the Longview hospital opened first, accepting its first patient July 7, while the Temple facility opened Aug. 8.

The Everest facility in Rogers, Arkansas, is slated to open Dec. 1, followed by the Oklahoma City hospital on March 31 and the Keller, Texas, facility on April 1. Construction of another hospital in Liberty Township, Ohio, a suburb of Cincinnati, is expected to begin soon.

Here's a look at Everest Rehabilition Hospitals' first facility, which opened in July in Longview:

Everest at a glance