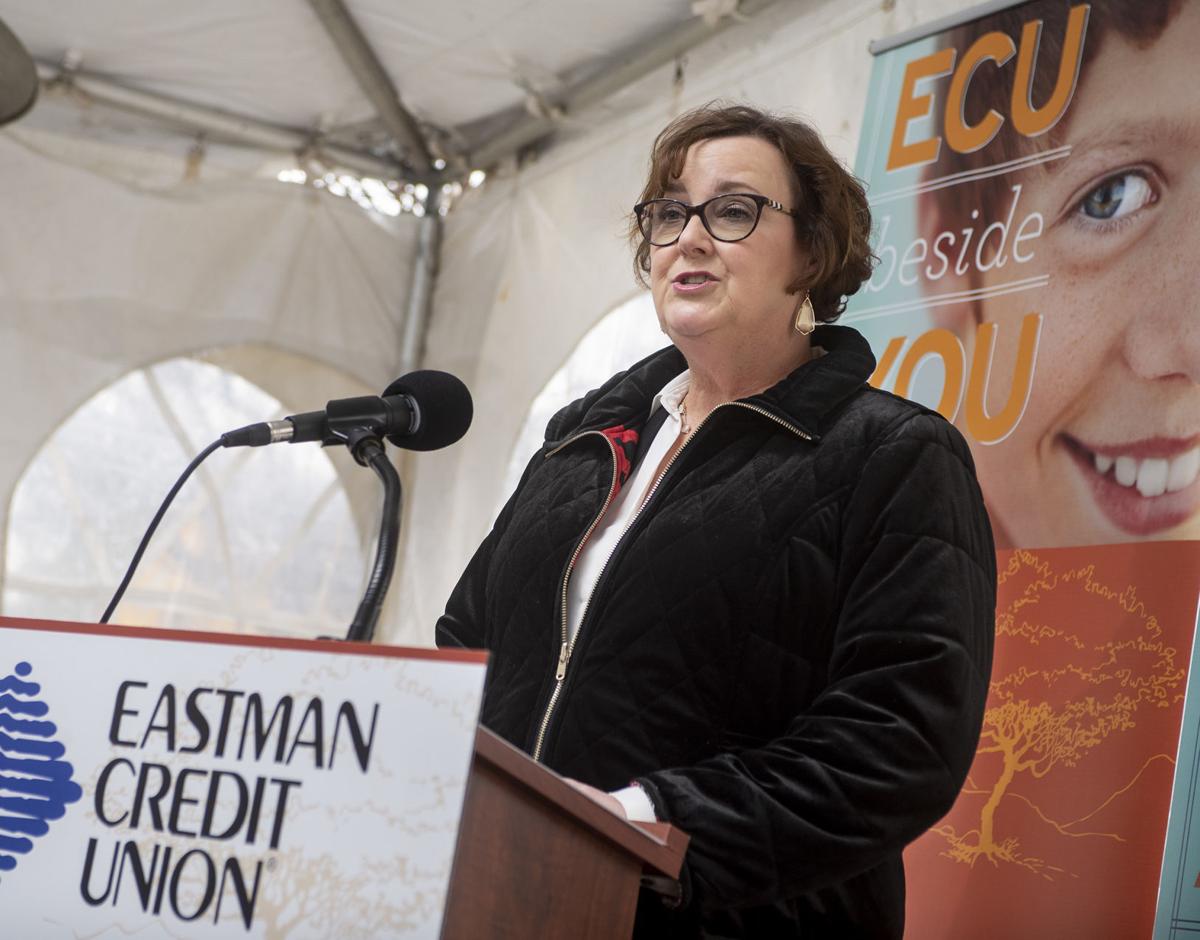 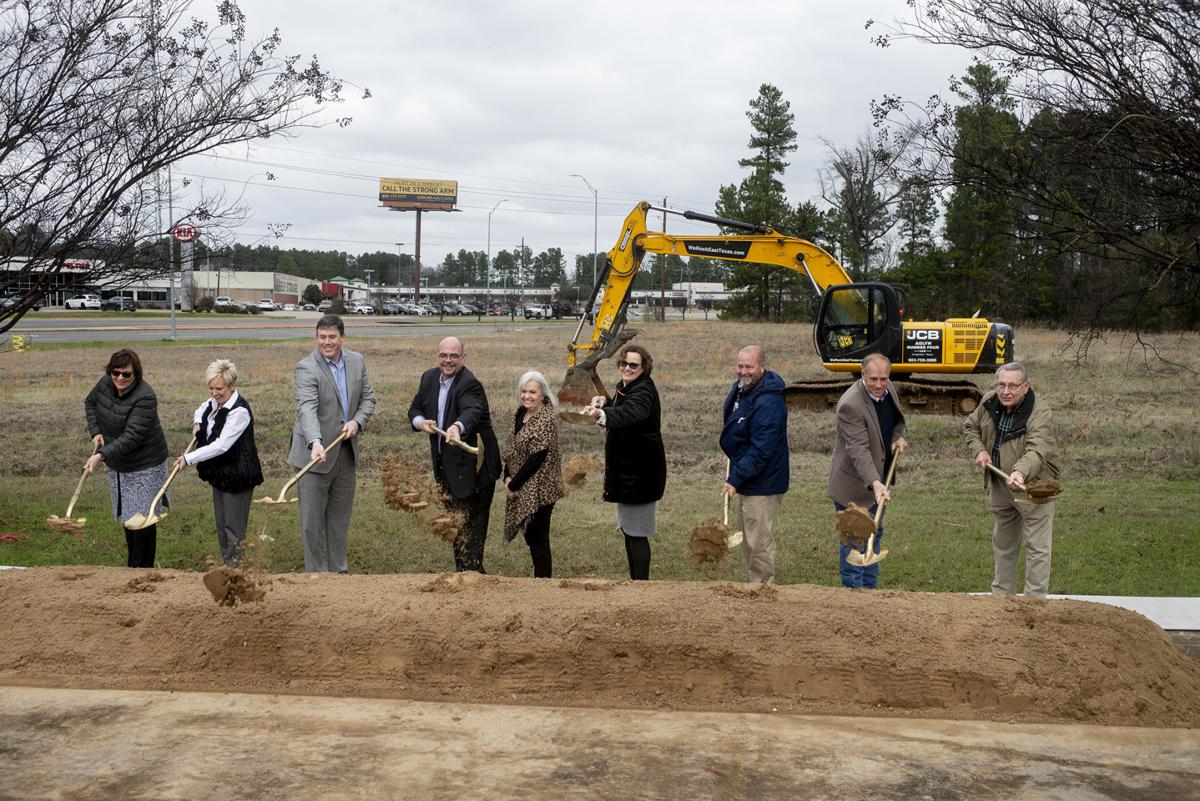 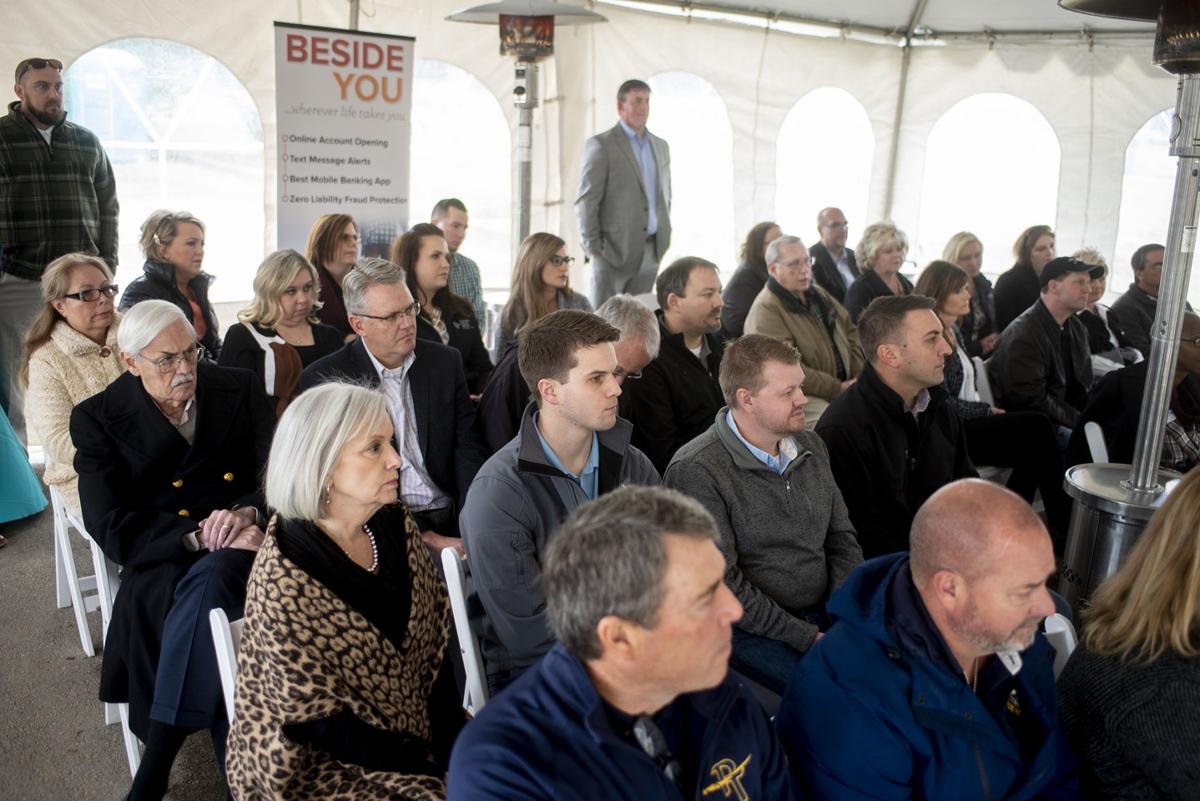 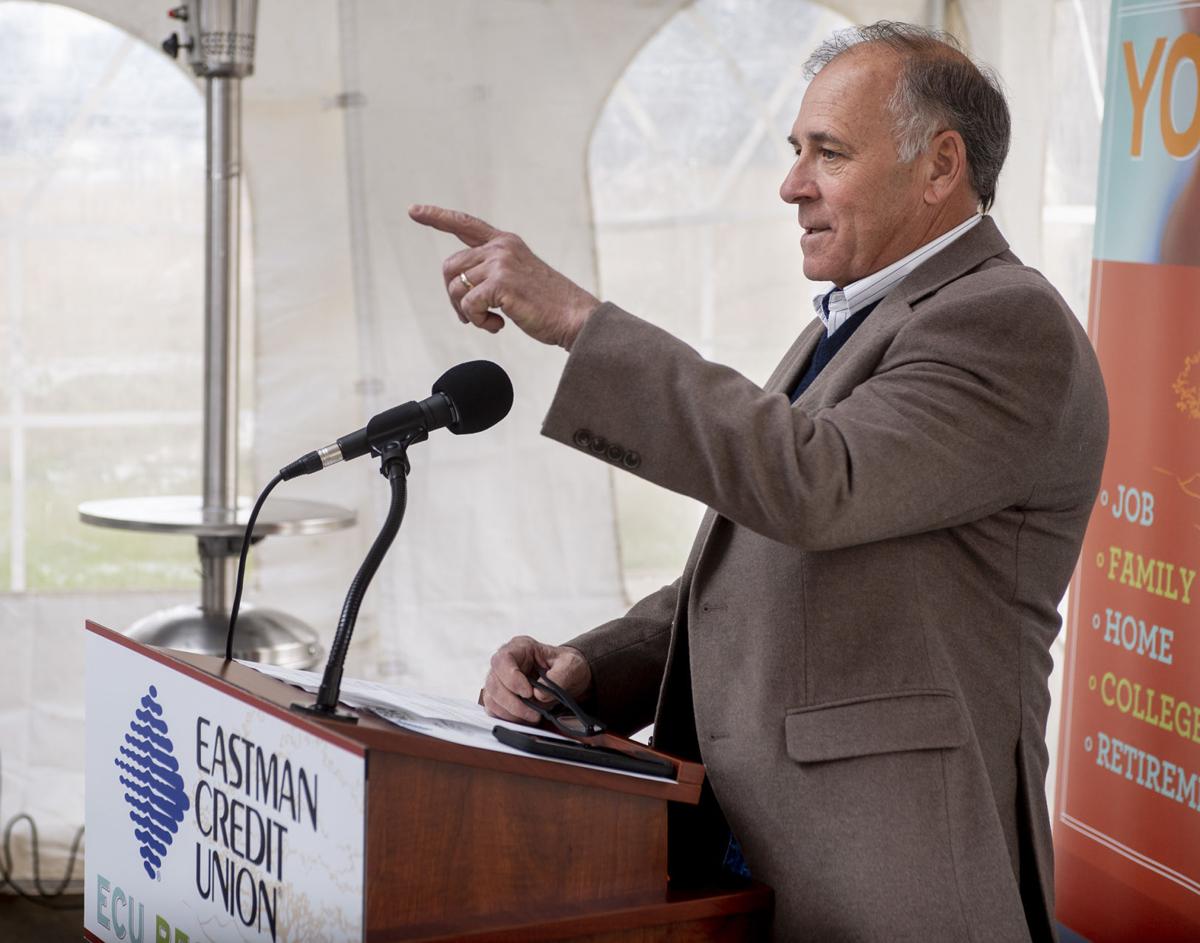 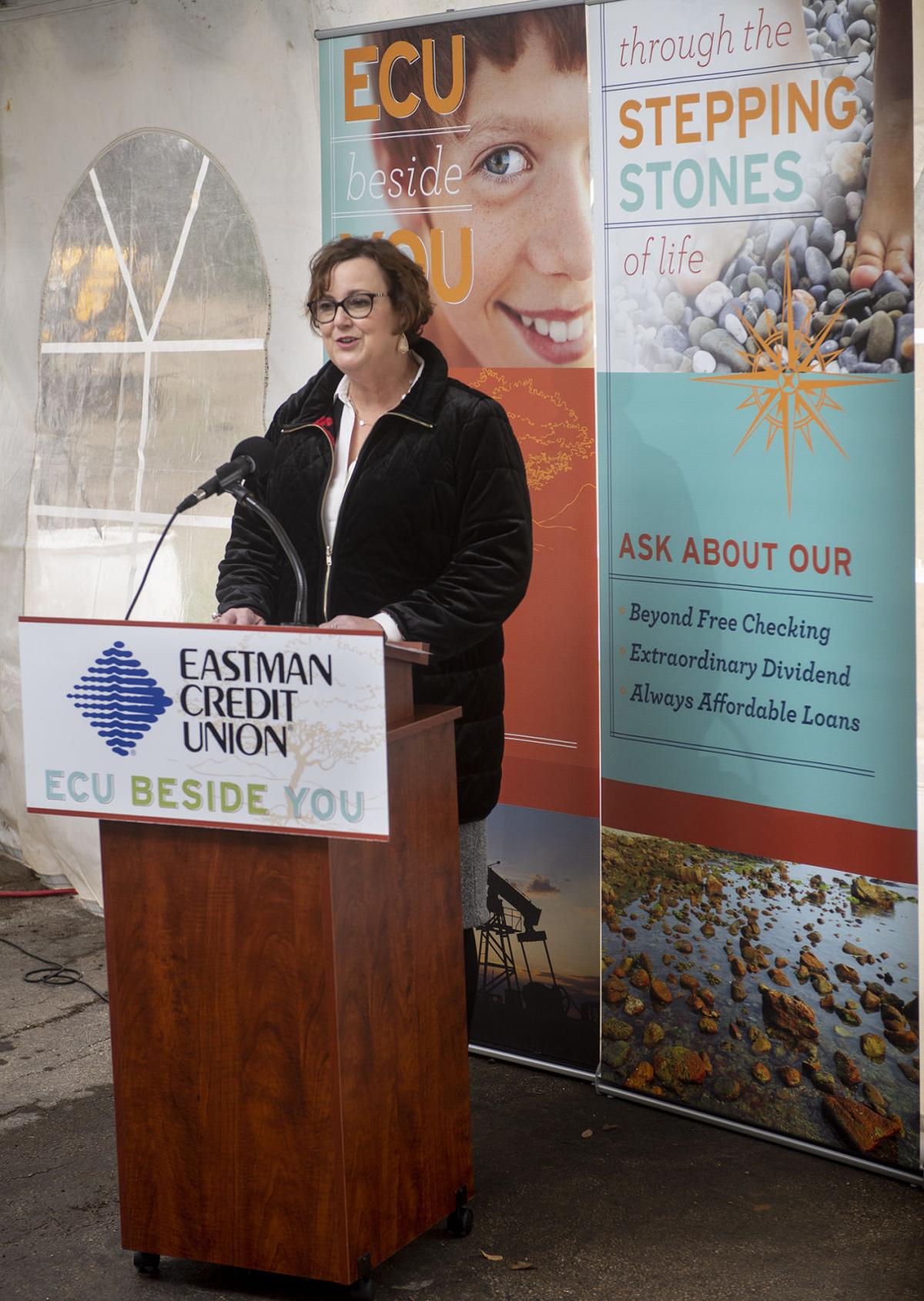 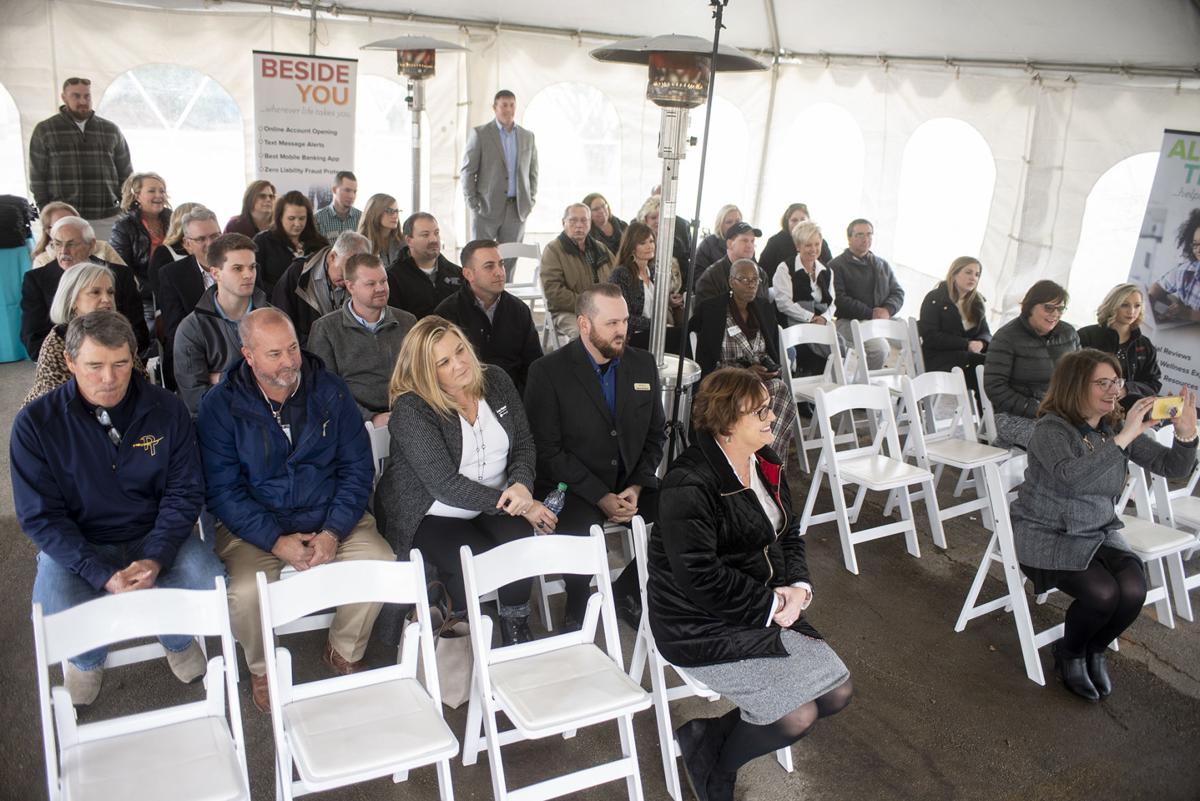 Customers of Eastman Credit Union now have a central location to apply for mortgages and by early next year will have an additional location for banking services.

Eastman Credit Union broke ground Thursday morning on its fourth branch in Longview, a 34,000-square-foot, two-story building at 2020 W. Loop 281, near Pine Tree Junior High School. And on Thursday afternoon, credit union officials hosted a grand opening for the mortgage center that opened in January in a 4,200-square-foot building in The Crossings at Main and Main at 318 Nealy Way.

The West Loop 281 branch/support center, which is set to open in spring 2021, will be Eastman Credit Union’s largest location in Gregg and Harrison counties.

The groundbreaking ceremony began in a heated tent — with temperatures outside only in the high 30s — on a 5-acre site that formerly was home to Wei Asian Buffet. Dozens of people attended, including credit union staff and Longview city officials.

“The city is very excited,” District 6 City Councilman Steve Pirtle told the gathering. “I grew up in this area. It’s great.”

Referring to the $104 million public infrastructure bond issue approved by voters in November 2018, Pirtle said, “This is what we passed the bond for.”

And he said the new branch will encourage growth and improve the city’s tax base.

The new branch will create jobs, said credit union CEO Kelly Price, who is based at the corporate headquarters in Kingsport, Tennessee, and was in Longview for the day of ceremonies.

She said Eastman Credit Union began serving the Longview in 1979 with an office at Eastman Chemical Co.-Texas Operations, which started in 1950 and now is the city’s largest industrial employer with about 1,500 workers.

The credit union has 240,000 members worldwide, she said, including 17,000 in Texas. Eastman reached $5 billion in assets at the close of 2019 to become the 39th-largest credit union in the United States.

The site plan indicated it has a construction value of $800,000, said Vance Wyly, office manager of the Longview Development Services Department.

The location was made possible by a deal that Bill Graham, managing director of Sperry Commercial Global Affiliates Graham Group in Longview, said he brokered.

“We wanted a central location where members could come for mortgage services,” Linkous said.

She said the mortgage center has about 20 employees, including loan officers, support staff and people manning the call center.

Linkous said ECU has seven loan officers, one of whom will remain at the south branch at the Eastman plant at 300 Kodak Blvd.

All residents of Gregg and Harrison counties — not just employees at the chemical plant — are eligible to open accounts with Eastman Credit Union. Membership is also open to people outside the counties who work or attend school in either or both counties.