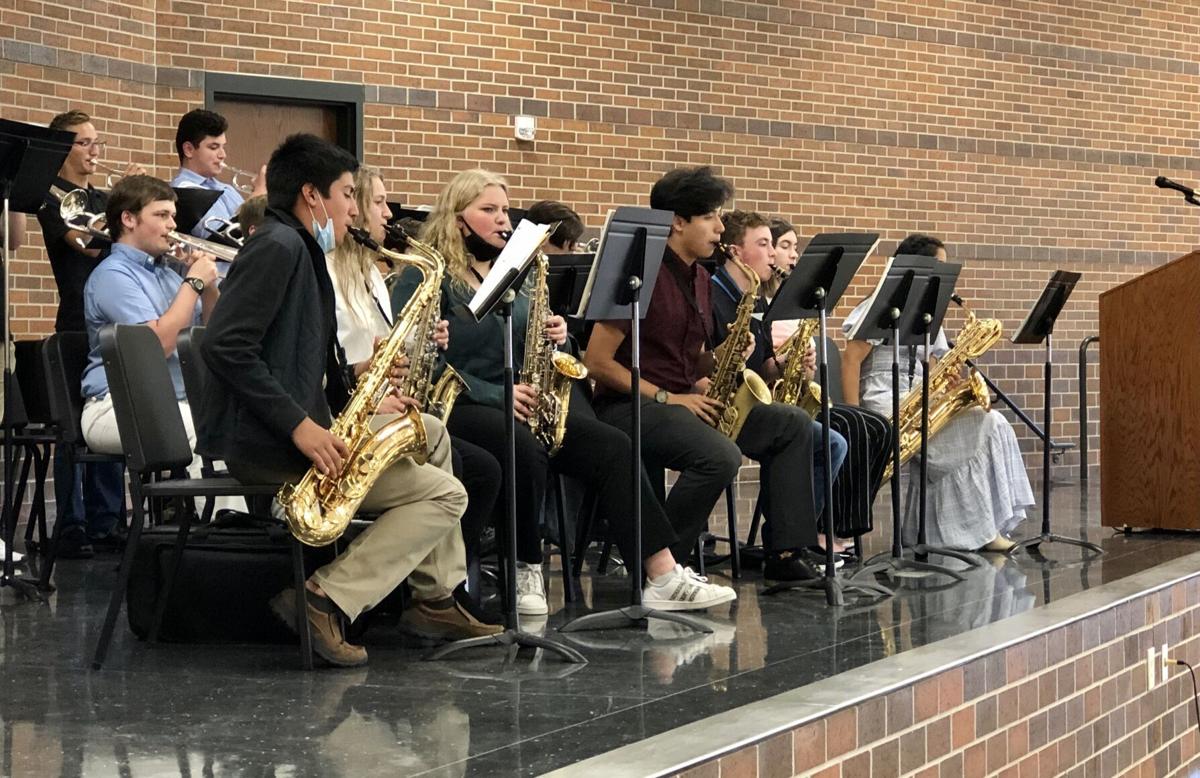 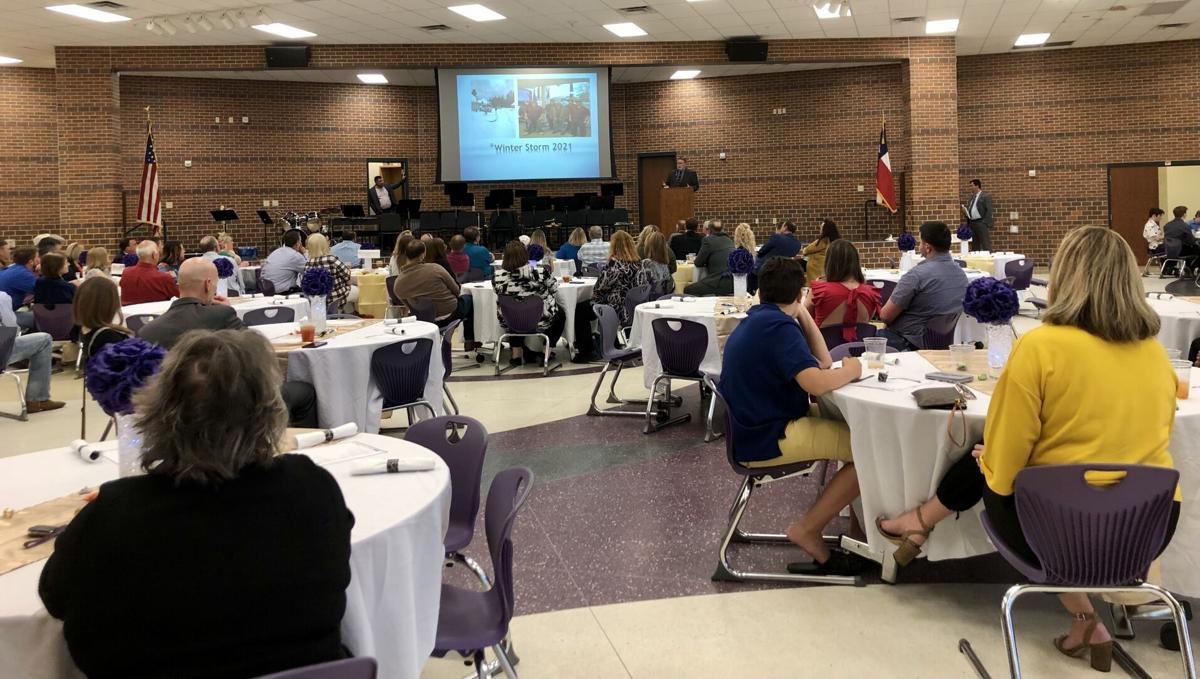 HALLSVILLE — The Hallsville Chamber of Commerce on Thursday brought back a decades-old tradition as it held its first awards banquet and State of the City Address.

Chamber of Commerce President Chris Comer said the awards banquet is something the chamber did decades ago, and members wanted to bring it back to recognize the businesses and workers in the city that serve the community’s needs so well.

On Thursday, several area businesses were nominated in four categories.

Cajun Tex owners Johnny and Donna Horne won the New Business of the Year award. Other nominees were Rise Salon and Corner Grocery.

Ray Jackson of Brookshire’s took home the Business Person of the Year honor. Other nominees were J.P. Daub of Daub Realty and Ken McFerrin of Circle K Trailers.

And in the Business of the Year category, Ballard’s Septic Services was honored. Other nominees in the category were Pool’s Chevron and Hallsville Floral and Gifts.

Also honored this year was Mike Buchanan of Buchanan’s Hardware in Hallsville and Marshall, who received the Lifetime Achievement Award for his years of service to the community through his stores.

“The Lifetime Achievement Award recognizes members who have spent decades serving the community,” Comer said. “The Buchanan family, and it’s truly a family business, has served the community for more than 40 years with their hardware store and pharmacy. They help keep us up and running, especially during COVID-19 and Snowmaggedon.”

Buchanan on Thursday said he was honored to receive the award.

“My wife and I wanted to raise our kids the way we were raised in Hallsville, so we came back here after I got out of pharmacy school, even though there wasn’t a pharmacy here at the time,” he said. “We wanted to be in a small town where you have good friends and good people around you.”

In addition to the awards banquet, Hallsville Mayor Jesse Casey gave a State of the City Address to recap what’s happened in the city the past year, as well as remind residents of what’s coming up.

Casey reviewed the decreasing tax rate in the city, which has dropped every year for the past four years to sit at about 36 cents per $100 valuation, he said. He said the city has also managed to increase its general fund account by 46% and its proprietary fund by 39% to put Hallsville in a good position should a need pop up in the future.

Casey said the city also will be able to repair two to three roads per year, each year on a rotation, without having to borrow money, thanks to savings and grants.

“Usually there are about 60 to 70 homes in Hallsville for sale at any given time, but right now there are 13,” Casey said. “We have people coming in here from all over.”

He said the city is looking forward to an upcoming Texas Department of Transportation project that will see a sidewalk and bike path bio;t from Hallsville High School, up Cider Lane to U.S. 80. He said the city is also looking to expand roadways near the Hallsville ISD Intermediate campuses and baseball fields after a traffic study in the fall revealed a need for a turning lane.

Casey said the city is also enjoying recent updates at its park and looks forward to a potential grant project through Texas Municipal League that could see the construction of a new water tower on the north side of town.