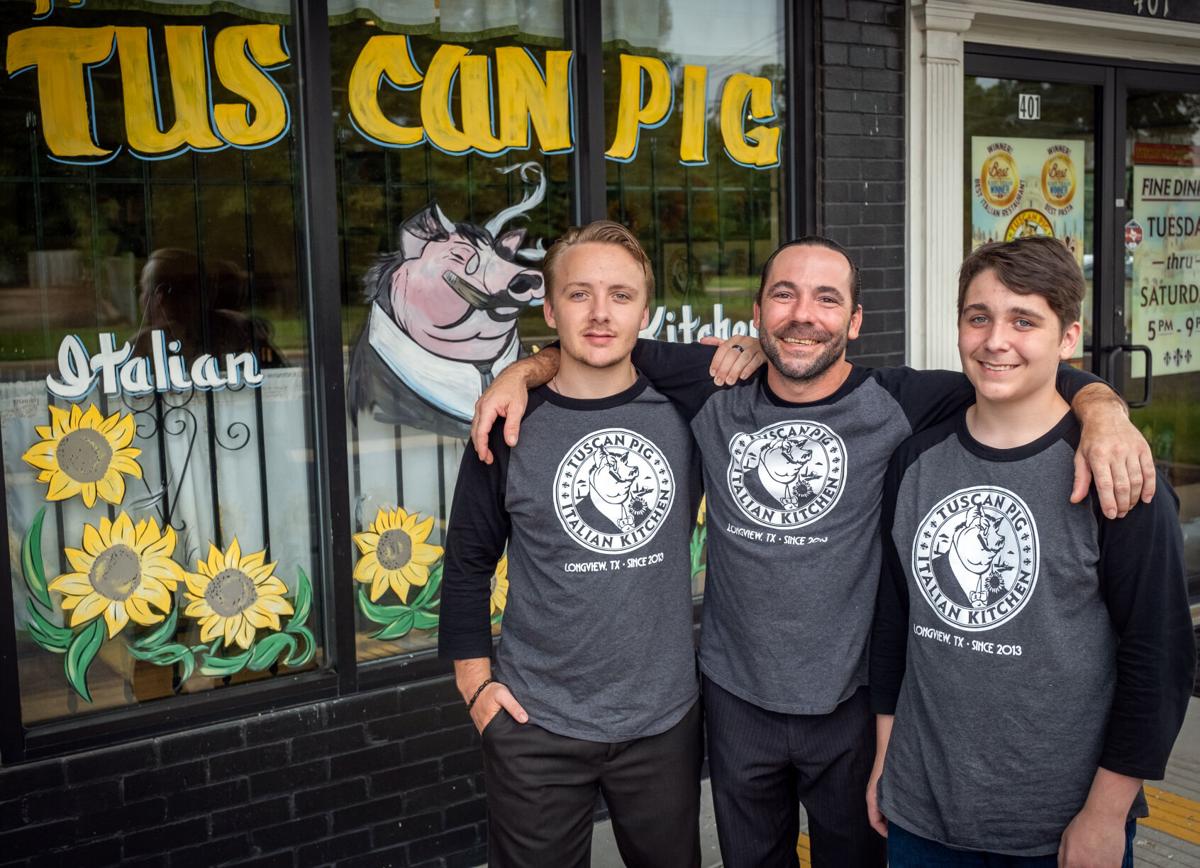 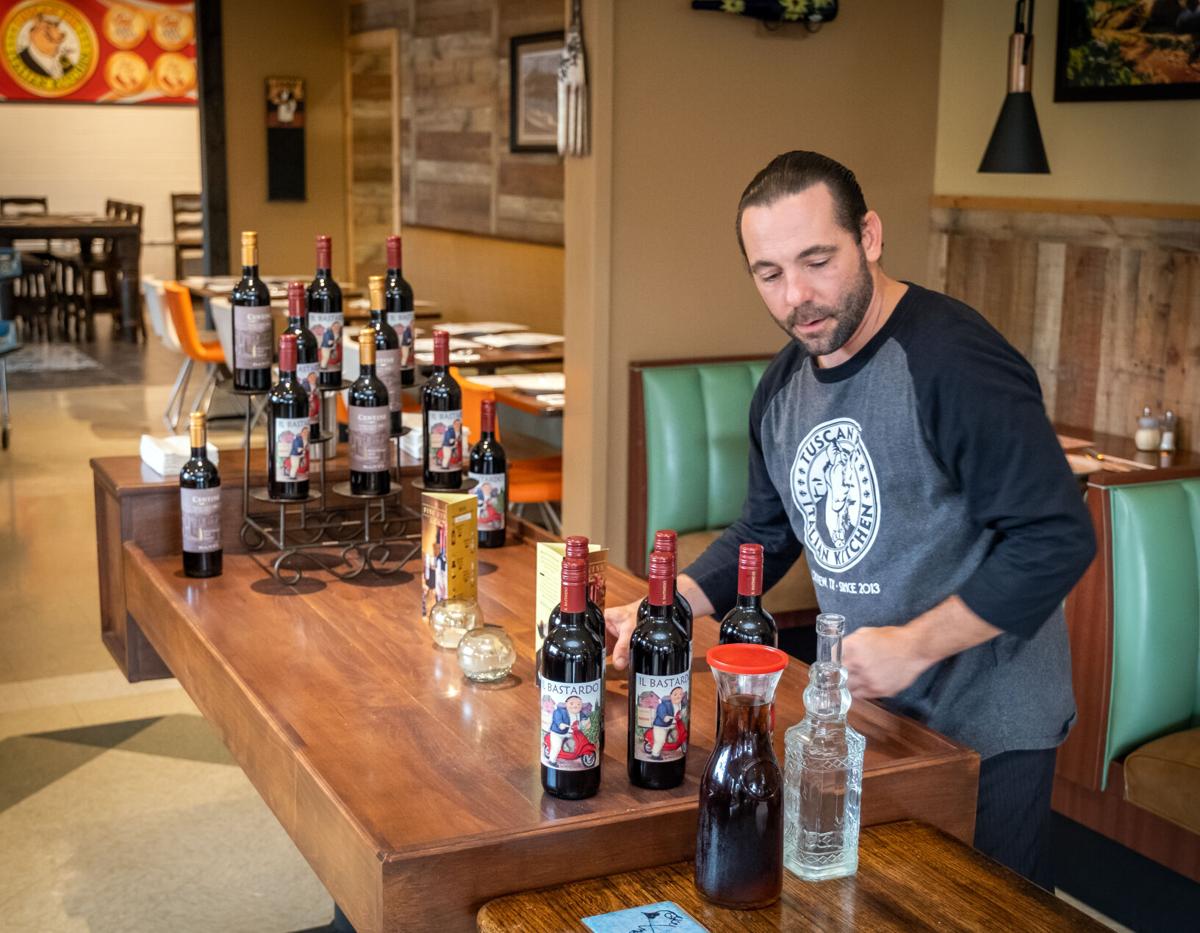 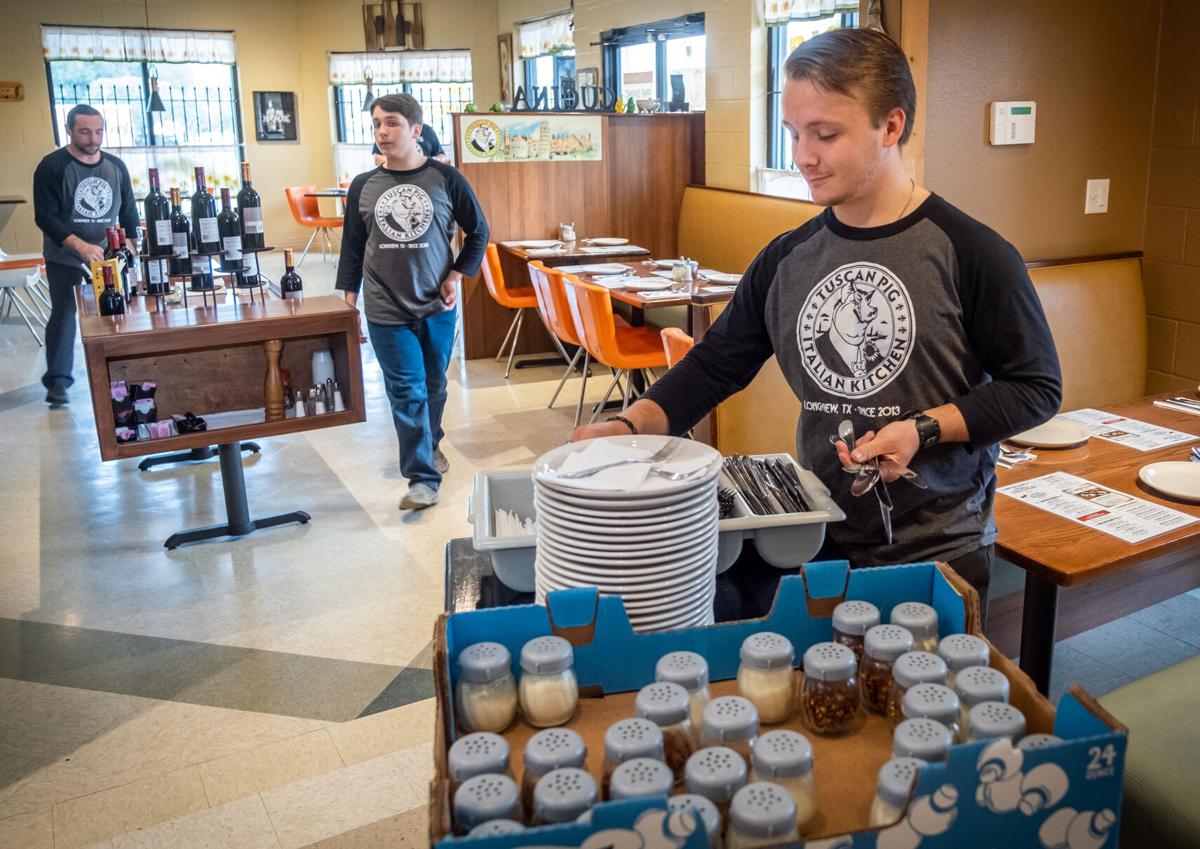 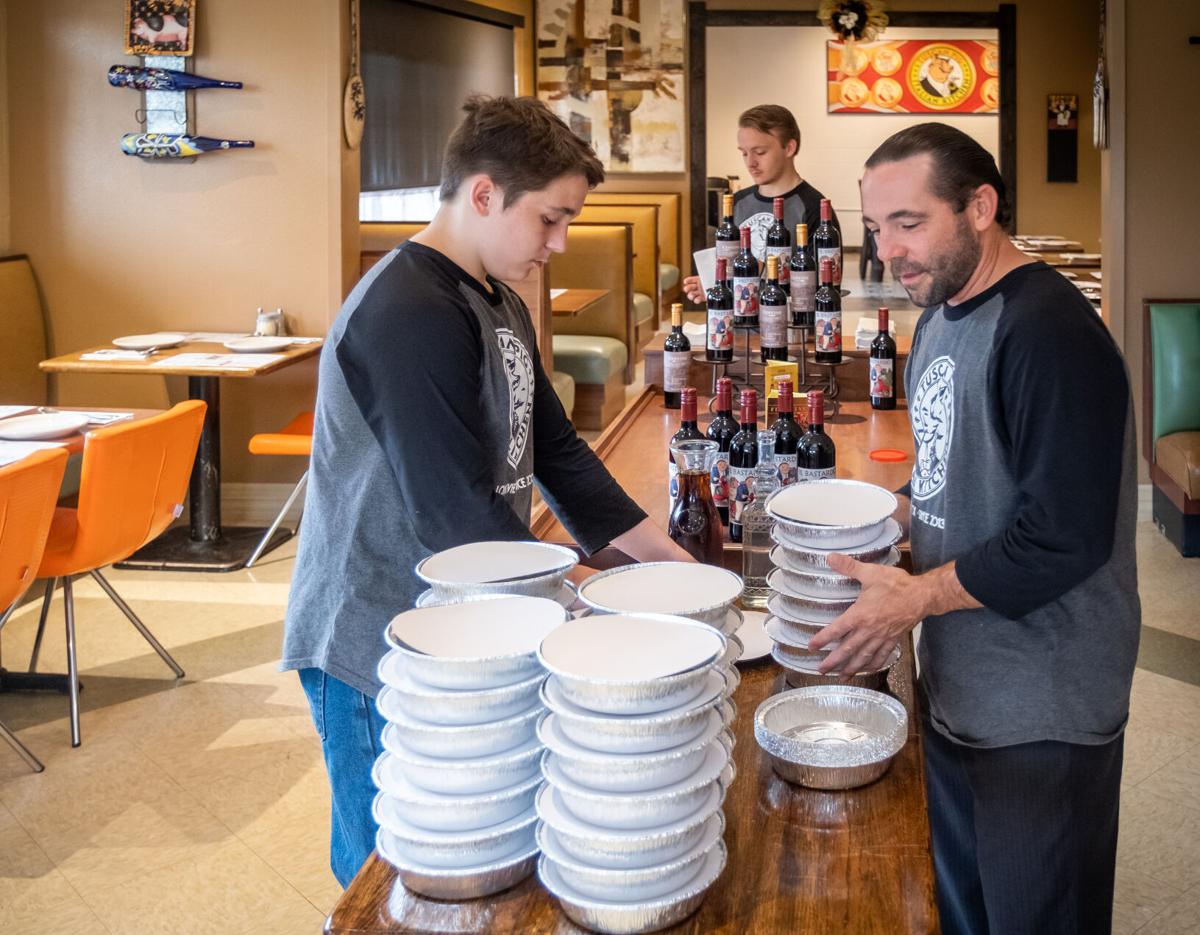 Ask Arthur McBride and his two sons what the best part of their jobs is at Tuscan Pig Italian Kitchen in Longview, and they’ll answer without hesitation.

“Definitely the food is No. 1,” McBride said, sharing a smile with sons Tyler and Tristan McBride.

Their middle names need to be mentioned as well, though, because Rudy Kiapeta, who owns the Tuscan Pig with his wife, Miriam, said they used those to make the McBrides’ names more Italian for the jobs that helped bring the father and two sons out of a pandemic slump: Arthur Leonard is called “Leo;” Tyler Alexander is “Alex;” and Tristan Anthony is “Tony.”

“We were in a situation,” Arthur said, recalling the time leading up to his accepting a position in March as a waiter at Tuscan Pig.

The Air Force veteran, who said he served in Operation Enduring Freedom after 9/11, and his wife, Heather, who also is a veteran, attended college in Tyler. He said he graduated with a civil engineering degree and had a job lined up at a local company. Then COVID-19 happened, and a hiring freeze followed.

His wife works full-time, and he found another job for a while that ended up not being a right fit, he said. His family also operates a bee-keeping and honey business — McB’s Bees — with him and his wife working to become master bee keepers.

He was unemployed for about eight months, Arthur said, and he started driving for a food delivery service. It was a stop at Tuscan Pig, during the time the restaurant was only serving food by delivery and pickup, where Arthur encountered Kiapeta — they live on the same street and also attend St. Mary’s Catholic Church but didn’t know each other well.

“I got to know him, his personality,” Kiapeta said. “He was very passionate and very caring about delivery....”

Kiapeta said he has had the same troubles as other restaurants and businesses in trying to hire employees to return to work after collecting unemployment benefits during the COVID-19 shutdown.

“I had difficulty bringing people in for interviews,” he said, saying applicants would respond to job posts on Facebook but not show up for interviews.

“I love it. I always cherish this place,” Arthur said, later adding that he also likes for his sons to see the dedication the Kiapetas have in running the business.

“I do want to pursue a career in engineering, but it’s going to have a stipulation that I keep working here,” Arthur said.

Kiapeta brought Tristan, a recent St. Mary’s Catholic School graduate, on as a waiter in May. Tyler started in May bussing tables. He’ll attend Longview High School this fall with plans to join the Junior ROTC program.

Arthur said Kiapeta does a lot for the community and has been a mentor to him in his beekeeping business.

“My fear is when they take a family vacation,” Kiapeta said.

A look back on this week's heartwarming coverage from across East Texas.