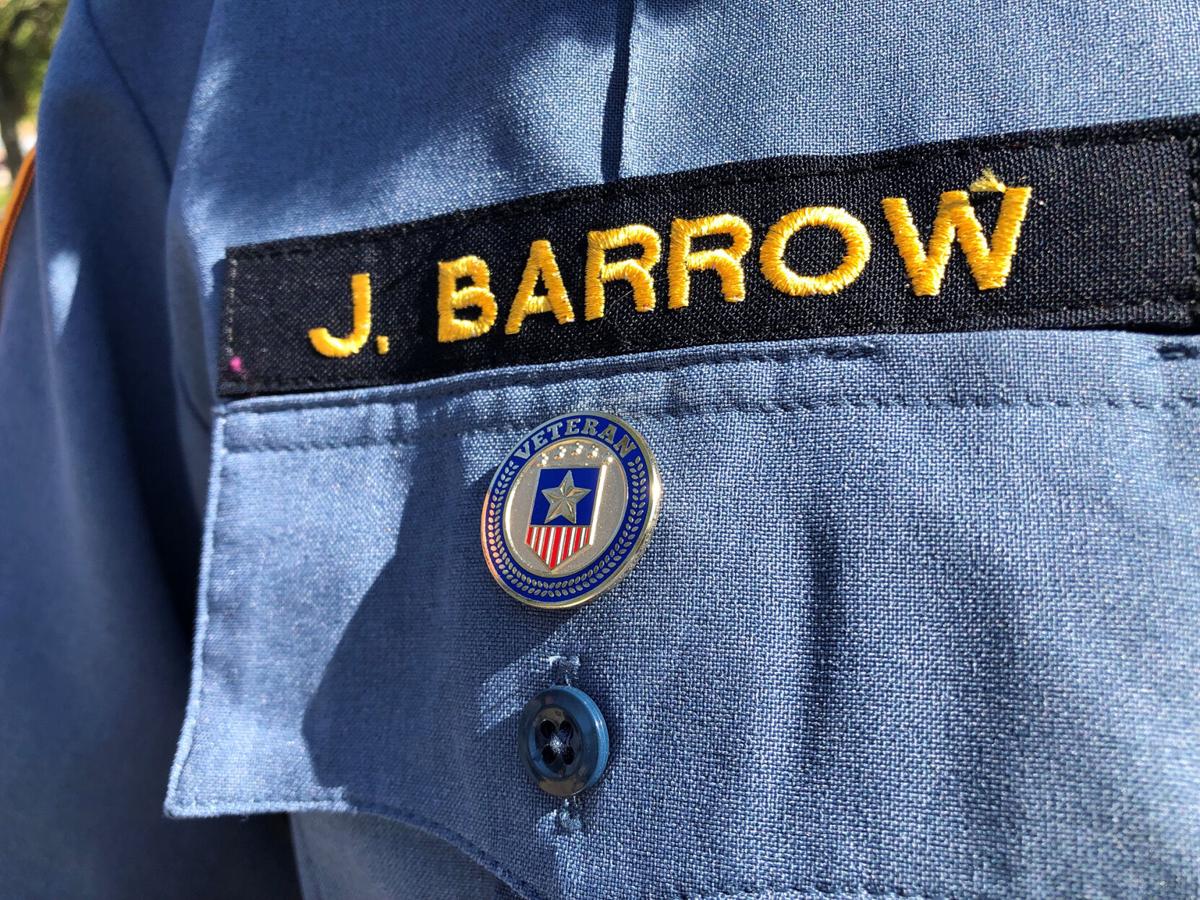 A pin on Jerry Barrow’s shirt indicates the Bullock Investigations employee is a veteran. The Longview company was honored by the Texas Veterans Commission as the Medium Employer of the Year for 2020. 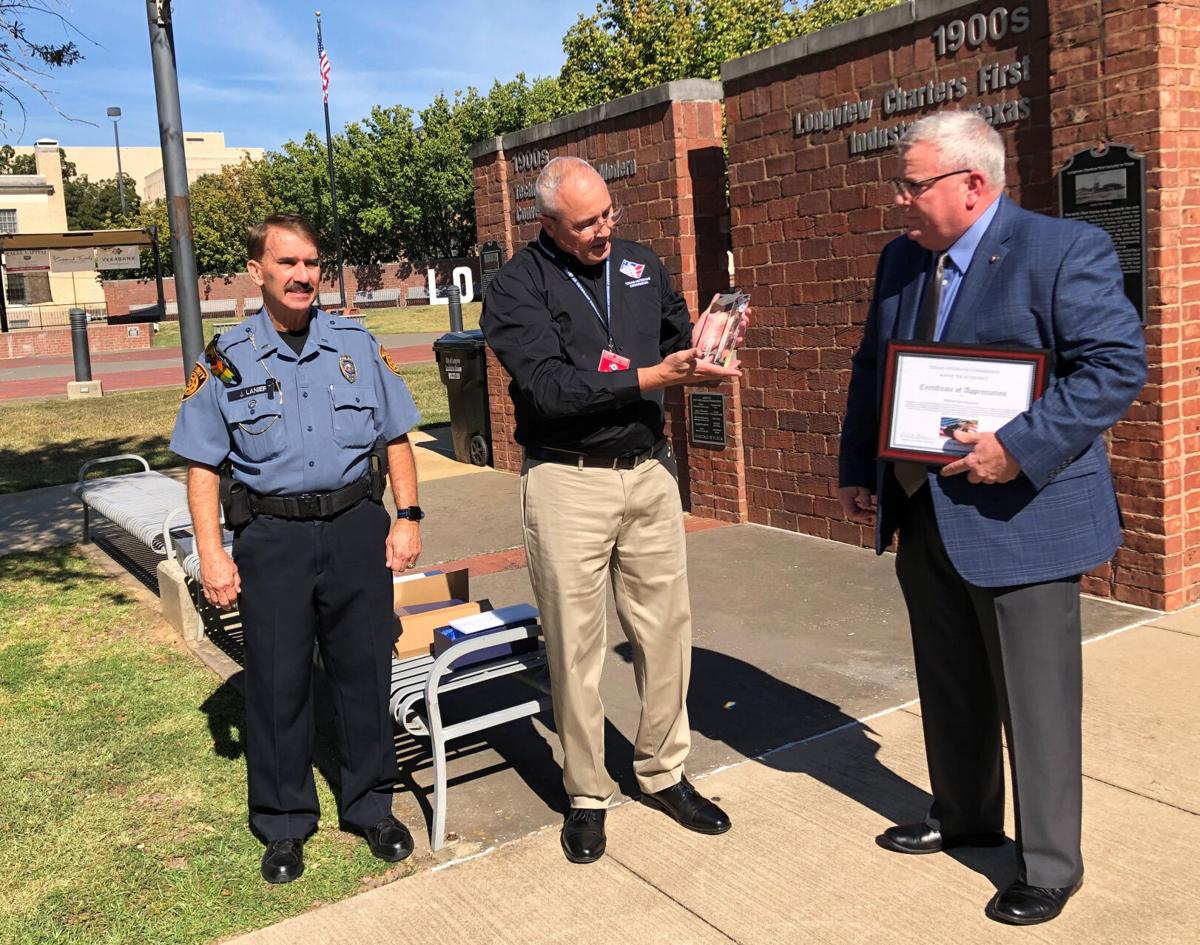 A pin on Jerry Barrow’s shirt indicates the Bullock Investigations employee is a veteran. The Longview company was honored by the Texas Veterans Commission as the Medium Employer of the Year for 2020.

Curtis Chalupa with the Texas Veterans Commission said he did” a “double-take” when he saw the number of veterans employed by Longview-based Bullock Investigations.

Those numbers — 42% of the more than 70 people employed by the company — were part of the reason the firm received the Texas Veterans Commission Medium Employer of the Year award for 2020.

Presentation of the award was delayed by COVID-19, but Chalupa, North Texas regional director of the Texas Veterans Commission, was in Longview on Friday morning to recognize the company, its owner Mike Bullock and a number of its employees.

Chalupa estimated Bullock Investigations competed against about 22 firms regionally and more than 70 in the state to receive the award for companies that employ 50 to 250 people.

“They were selected above everyone throughout the whole state,” he said, describing the award as a “pretty big deal.”

“That’s completely awesome,” he said. He added in his experience that he’s seen one firm with more, Lackland Security, but that company is in Tarrant County.

Mike Bullock, a retiree of the Longview Police Department who started Bullock Investigations in 2009, said the number of veterans employed by his company is closer to 46% now.

“Our veterans make us such a great company,” he said.

Jack Lanier is a retired Air Force veteran who works as administrative lieutenant over training and marketing for Bullock Investigations. He’s also the veterans’ liaison for the firm.

“We hire veterans simply because we can count on a veteran to do a job...,” he said. “Hiring 42% veterans has really paid dividends to us because of the character of the personnel as well. They’re squared away. You can always depend on them.”

Bullock Investigations’ main work is in security, but it also offers investigative service and has a K9 unit with dogs certified in detecting narcotics and explosives. The supervisor over that division is Sgt. Nick Gaviria, a combat veteran who served in the Marines. Gaviria said he’d had trouble finding work before joining Bullock Investigations about three years ago because he had a service-related disability and used a service animal. He said it deterred employers.

“Trying to get a job with a service animal was the hardest thing ever,” he said. He turned to the Veterans Administration for help obtaining the narcotics dog he works with today, Papi, and then said he approached Bullock. Now, he said they work with some 11 school districts in the area. Also, he said the explosives detection K9, Choco, is the only one in East Texas. That service previously was only available from the Houston area, he said.

Other veteran employees on hand for Friday’s ceremony were Chris Davis, who oversees several Dallas locations where Bullock investigations works, and Jerry Barrow, sergeant for the Longview/Tyler area. Both are Army combat veterans.