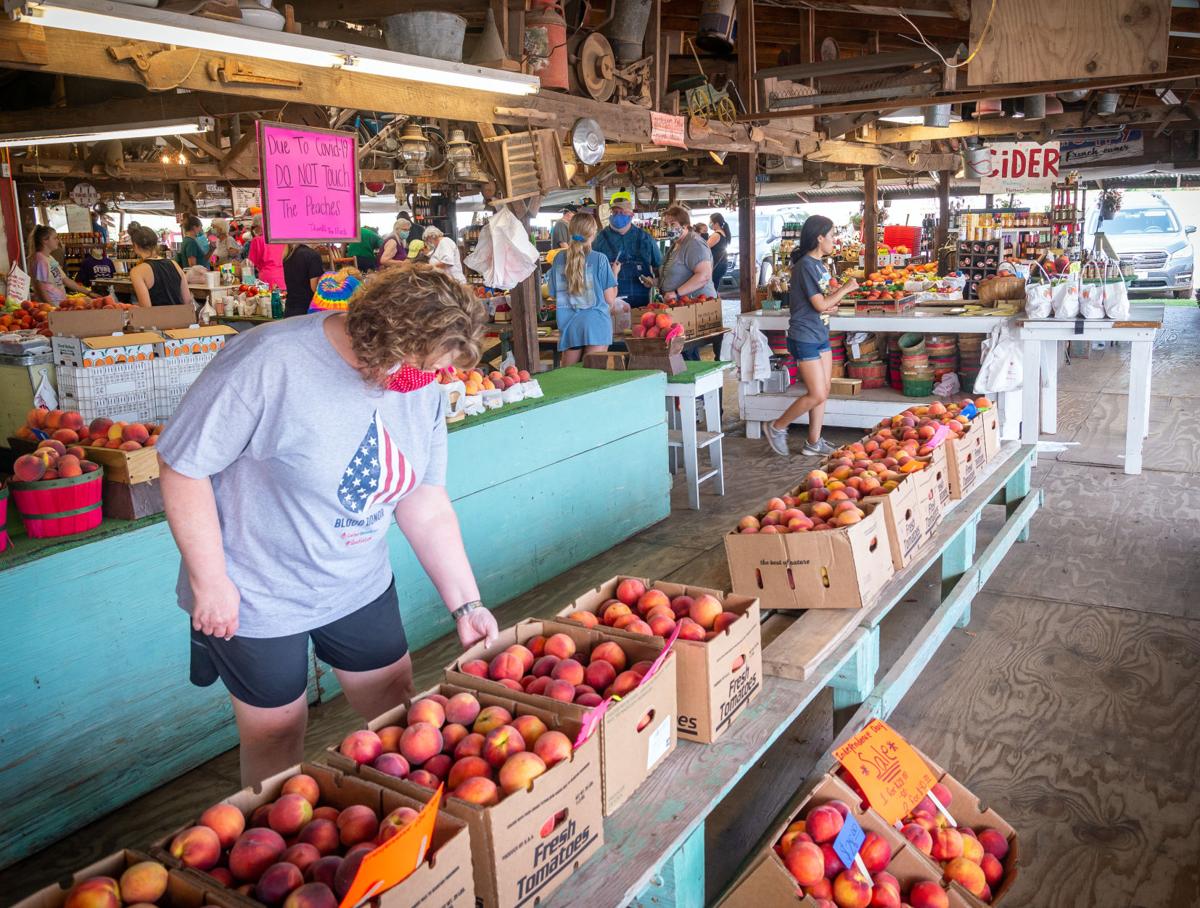 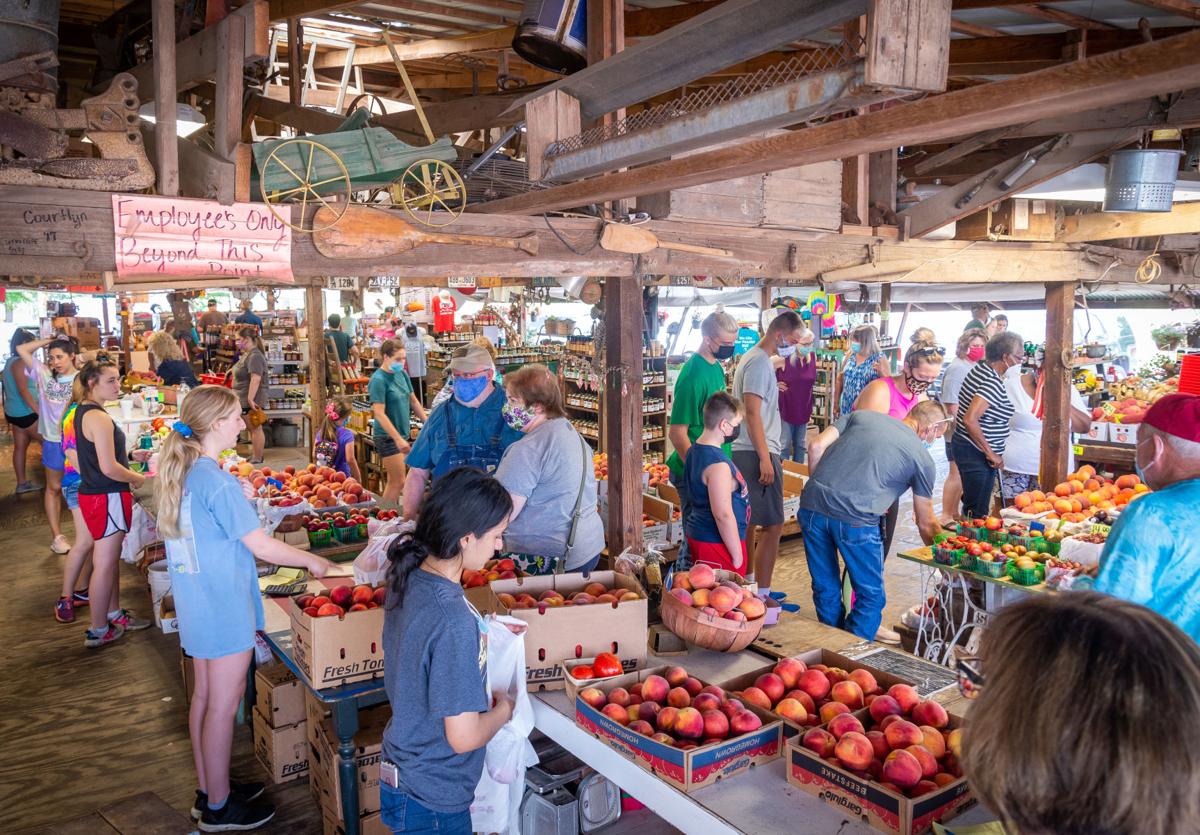 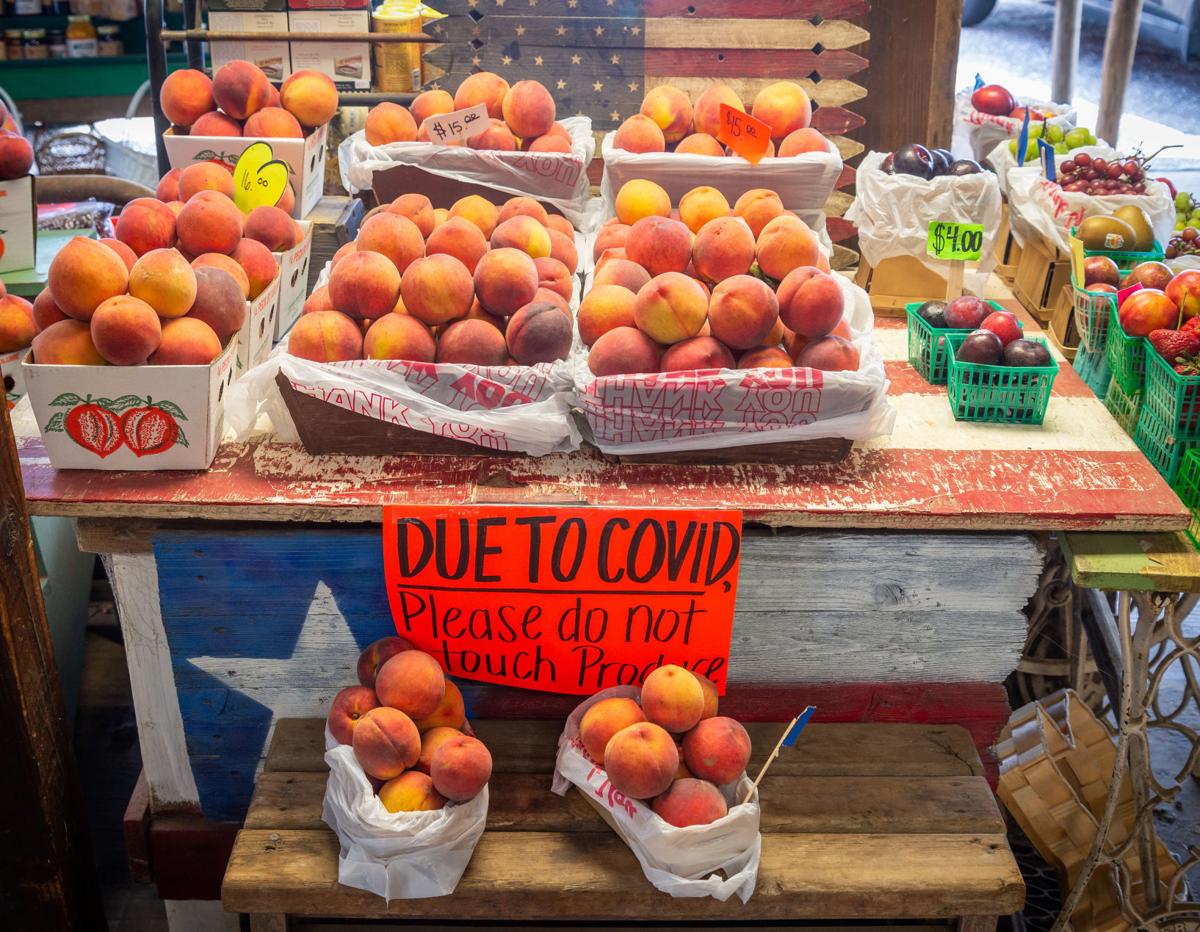 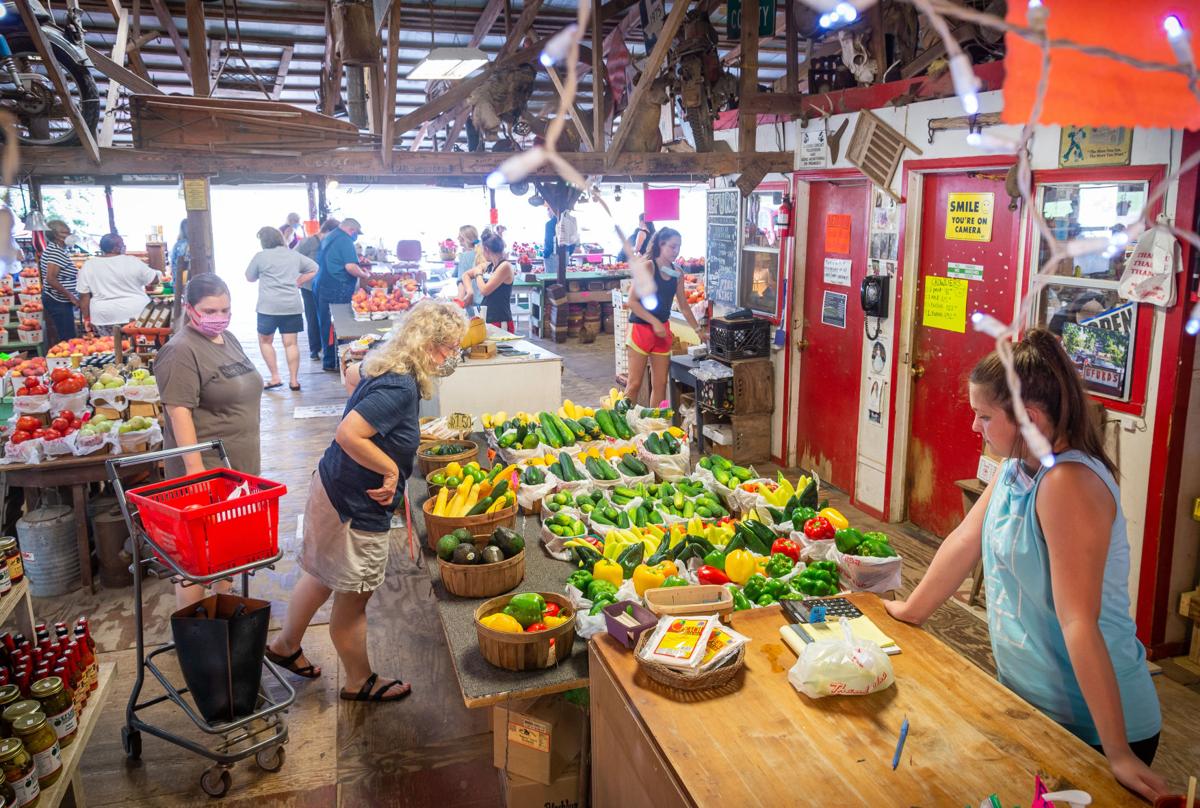 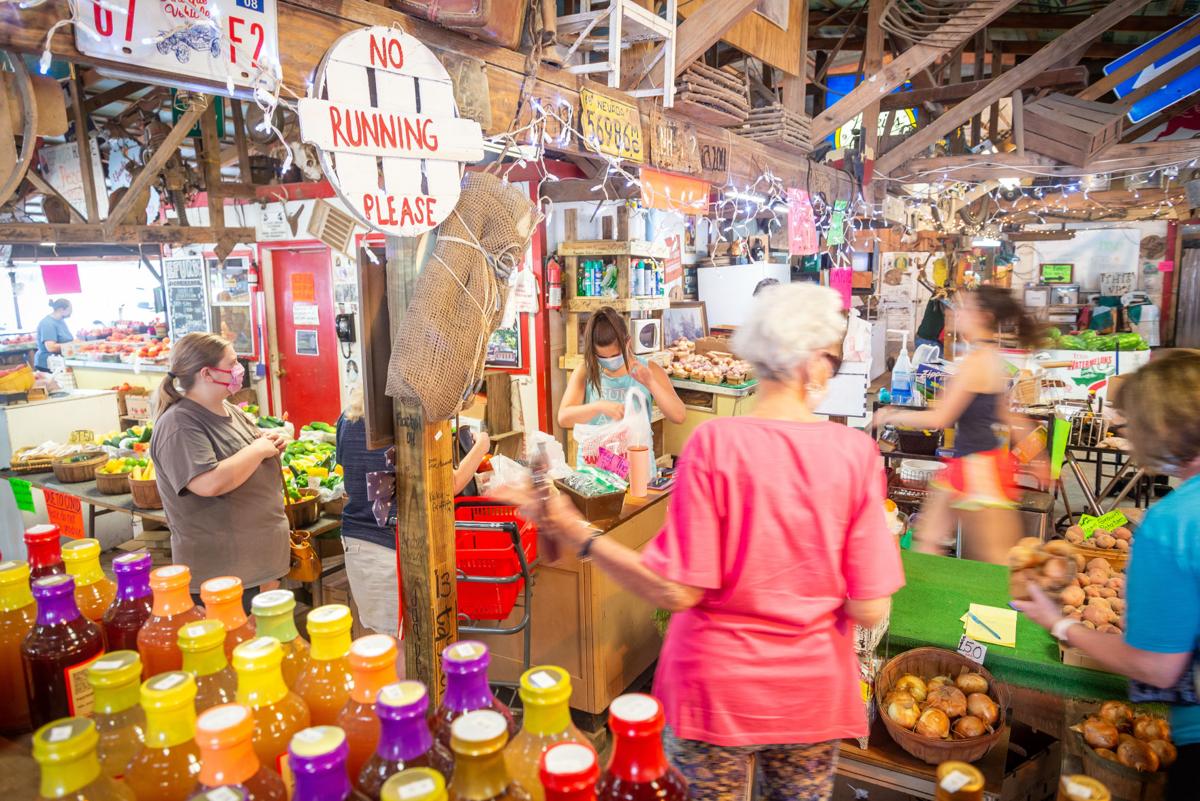 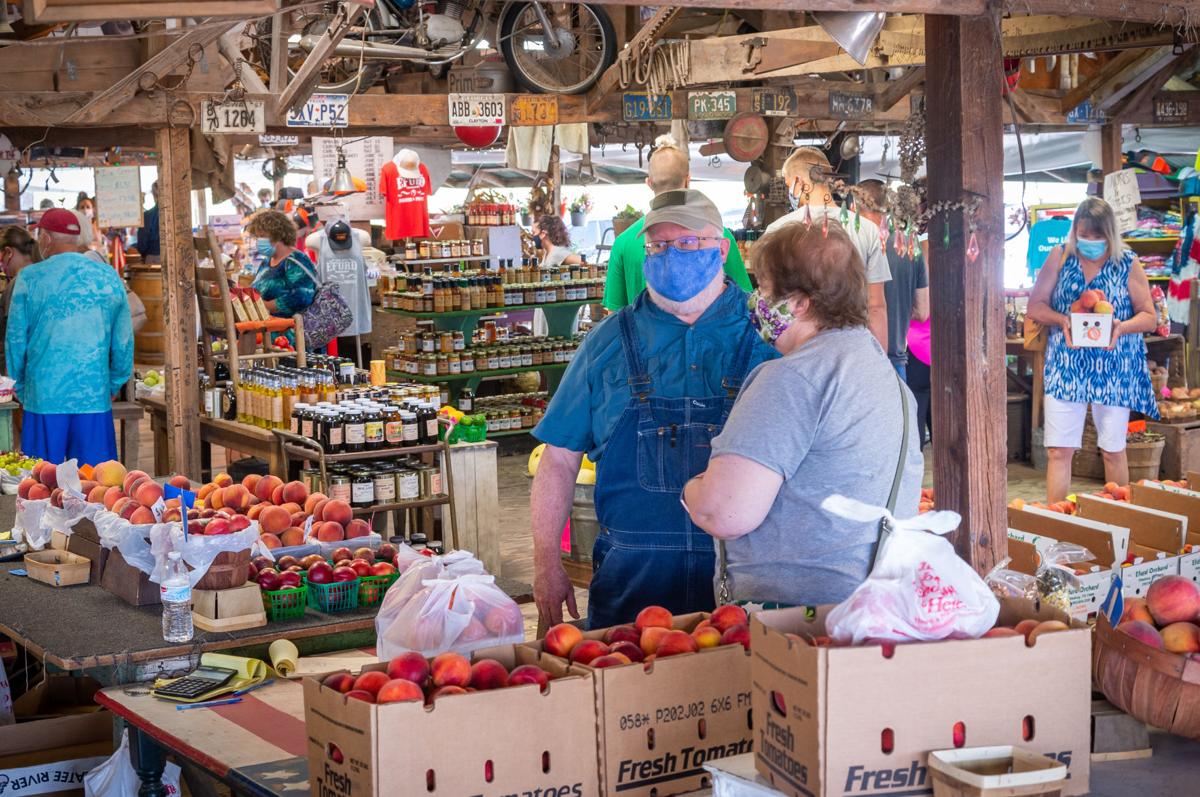 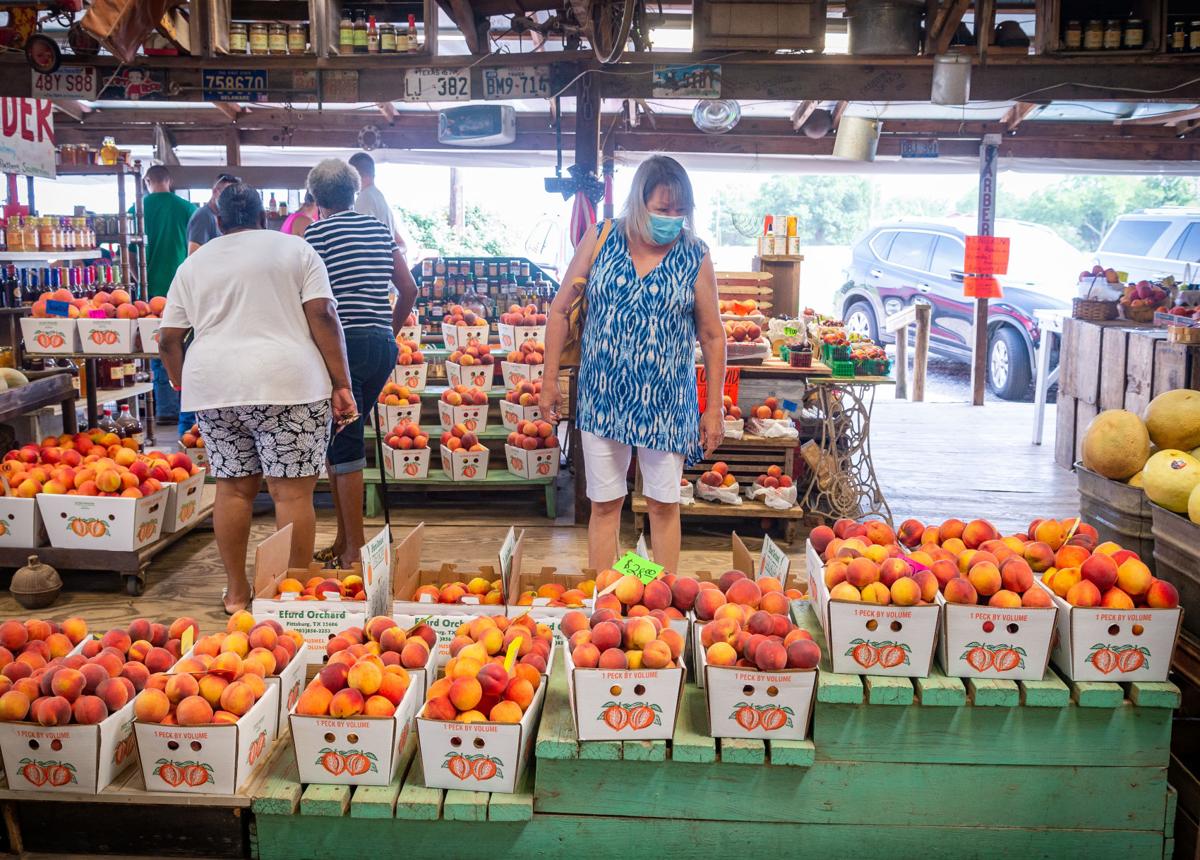 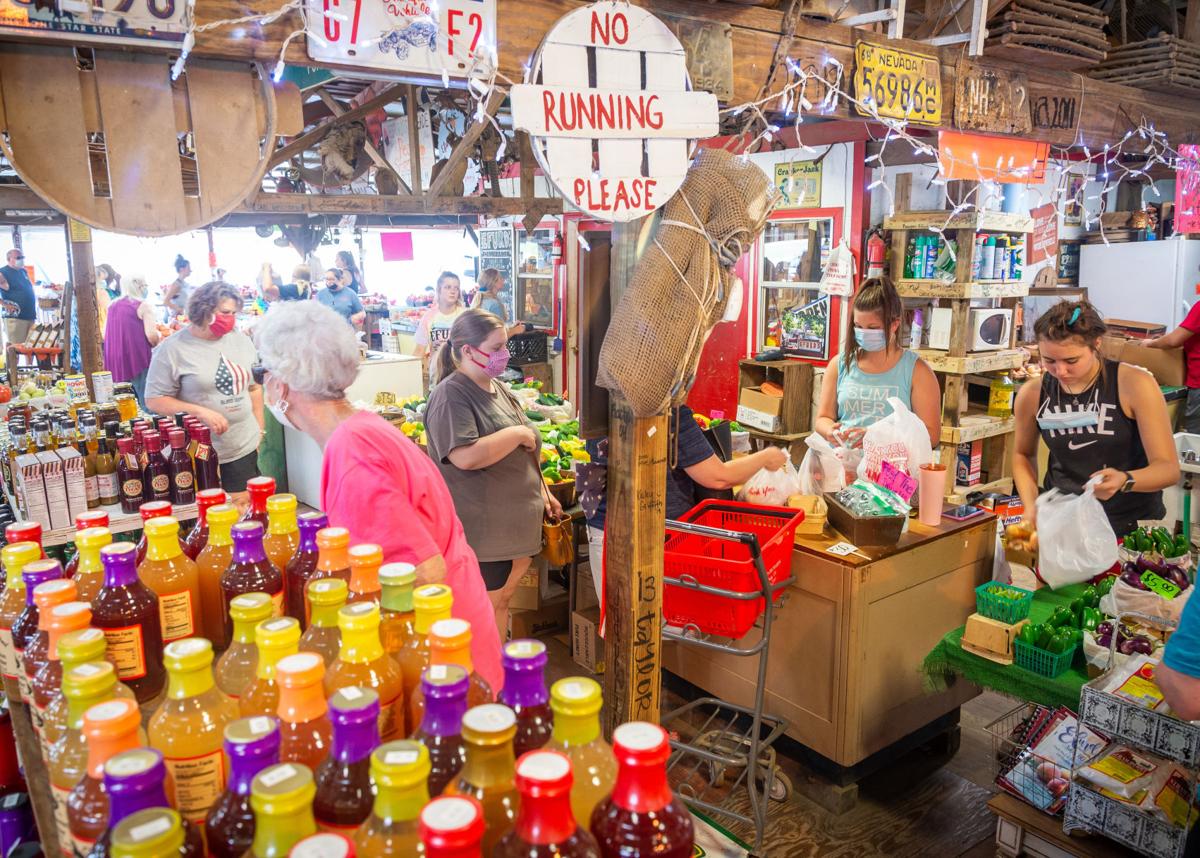 PITTSBURG — Peach lovers and curious others packed the Efurd Orchards store Friday in Pittsburg, showing no signs of the COVID-19 pandemic keeping people away.

“We have been busier than we have ever been,” said Amy Efurd, part owner with husband Greg and son Brantly. They are the second and third generations to run the orchards and store founded by the late John Hart Efurd, who died at age 87 four years ago.

Customers on Friday included people who have been coming for years and others who were there for the first time. However, all of them showed an appreciation for peaches.

Joyce and Abel Hidalgo of Longview said they have been coming for 20 years and invited a friend and the friend’s daughter to join them. She said they came Friday — a day off from work for some because of the Independence Day holiday — to avoid weekend crowds.

Hidalgo said that in the past her family picked plums and strawberries with their grandson, Logan Boukinght of Hallsville, while he was growing up.

She said they came Friday to buy freestone peaches because their seeds break away, making them easier to eat.

Freestone peaches differ from cling peaches, which are harvested until the end of June, Amy Efurd said.

“You just have to cut off the seed (and) bite around the seed,” she said, adding that peach harvesting started in May this year.

Efurd Orchards covers about 200 acres and include strawberries, blackberries, potatoes, onions, plums, peppers and squash, she said. However, peaches are the main crop — and the big draw to the store.

The peaches “most of the time are pretty sweet,” said Frankie Blankenship, a resident of Princeton who has been coming to the Efurd store for eight years and as often as three times a year. While he likes to ride his motorcycle, he said he rode Friday with his sister and brother-in-law, Tawnya and Max Strawn, also of Princeton.

Blankenship said he eats peaches raw or cans them to make cobblers. He said he planned to buy a bushel of peaches “in a big ole’ square box.”

“I’ll freeze them and we’ll eat them,” Carrell said.

Other newcomers Friday were Roger Hourigan of Dayton and Christy Spence of Vivian, Louisiana.

Hourigan, who brought his wife, Brenda, and mother-in-law, Dorothy Havard, said his wife likes to do road trips and found out about Efurd Orchards by doing a web search.

He said he planned to spend about $200 on peaches, blackberries, mayhaw jelly, T-shirts and other merchandise.

However, ice cream was off table for Joyce Hidalgo, a diabetic, while her husband and friends ate ice cream from a cup.

She spoke highly of the Efurds, saying, “They are just good people, wholesome people. They have worked hard all their lives.”

Season for peaches: Through around Labor Day