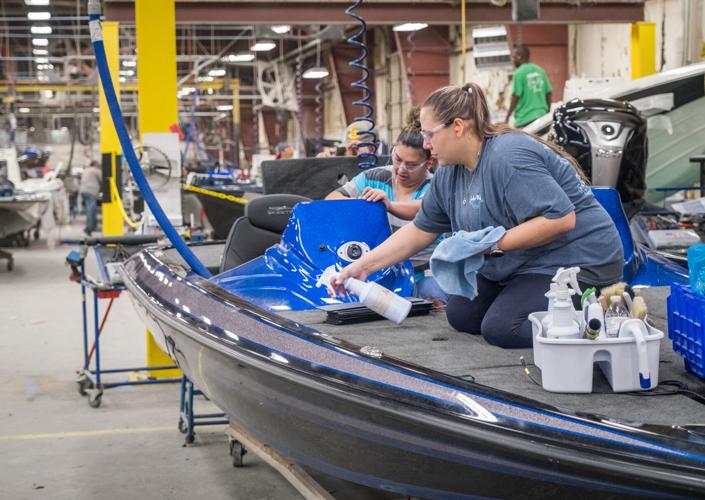 Workers prepare a boat for delivery Aug. 19 at Skeeter Boats Inc. in Kilgore. 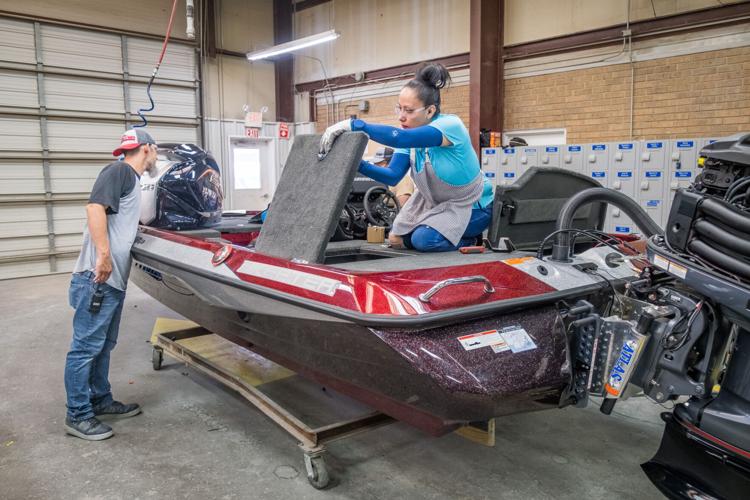 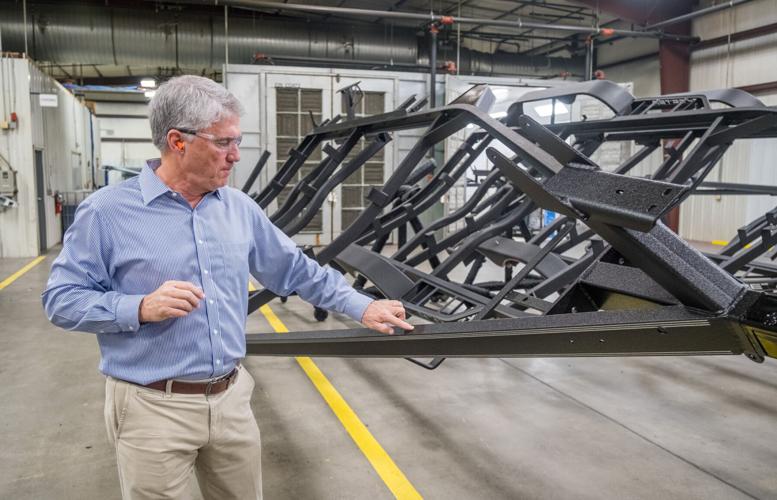 Workers prepare a boat for delivery Aug. 19 at Skeeter Boats Inc. in Kilgore.

KILGORE — Skeeter Boats will grow its Kilgore footprint to include the former Halliburton site, the Kilgore Economic Development Corp. announced.

KEDC said the expansion comes through a purchase/sale agreement and economic development performance agreement with KEDC with the backing of the city of Kilgore and other stakeholders.

As part of the project, Skeeter Boats will purchase the former Halliburton site on FM 349. KEDC said the project will stretch across the coming decade, adding more than 90 jobs and an estimated 25% increase in capacity with the investment in the two facilities.

“Skeeter Boats has been a high-impact employer in Kilgore since the early 1970s and has been land-locked in their current location,” KEDC Executive Director Lisa Denton said. “This purchase will allow the company to achieve intentional growth of the Kilgore location over the next several years.”

The initial project timeline is 18 months.

KEDC’s board of directors gave final contract approval Jan. 17, and the Kilgore City Council is expected to vote Feb. 20 on tax abatements for the project.

The two-phase project includes 12 acres, along with an option on the remainder of the 55.130-acre site. The capital investment for Phase 1 is estimated at $6.76 million and will include adding seven jobs, according to KEDC’s initial three-year agreement with Skeeter.

Phase II is scheduled to start about 30 months into the agreement, with Skeeter purchasing the remaining 43.125 acres of the former Halliburton site and construction of a new boat factory in years three to five of the agreement. The capital investment is estimated at $30 million and will include adding 84 jobs within seven years of the agreement.

Jeff Stone, senior vice president of Skeeter Products, said he was eager to bring more people into the Skeeter family and increase daily production capacity in Kilgore while simultaneously putting a neighboring property back in action.

“I’ve grown up in this area and this part of East Texas. It’s very important and very exciting to see that kind of revitalization take place,” he said.

This will be Skeeter Boat’s largest expansion. The company has been operating for 75 years — 50 of those in Kilgore.

“With the unfortunate departure of Halliburton in 2020, the KEDC board immediately recognized the need for acquisition of the property, with the sole intent of getting it back onto the tax rolls at its highest and best use,” Denton said. “Upon the closing of this sale, and with full support of the City Council, we will have accomplished that goal.”

KEDC said potential, performance-based incentives for capital investment and job creation include up to $354,525 paid during the three-year term of Phase I and up to $1.7 million in the seven years of Phase II.

Stone said they were thankful for assistance from KEDC and other taxing entities for their support.

“It’s also a boon to be able to expand into a currently vacant, under-utilized site and breathe new life into it,” he said. “It’s very essential in the sense of providing more diversity in the local economy in being able to use that property to provide additional jobs, additional tax base, which is very important to the city, the county, the school district.

“It’s win-win for the city, for Skeeter, for Yamaha, and especially for citizens in the area.”

KEDC said the expansion would enable Skeeter to “produce a variety of the smaller essentials for the boats — things like consoles, storage boxes and hatches — and bring those employees under one roof in Kilgore while adding more positions.”

“The new job growth will come from increasing our capacity from 12 boats to 15 boats a day,” Stone said. It takes about 125 hours to produce one boat, so the added manufacturing capacity equates to as many as 15 jobs per boat that’s added to the daily routine.