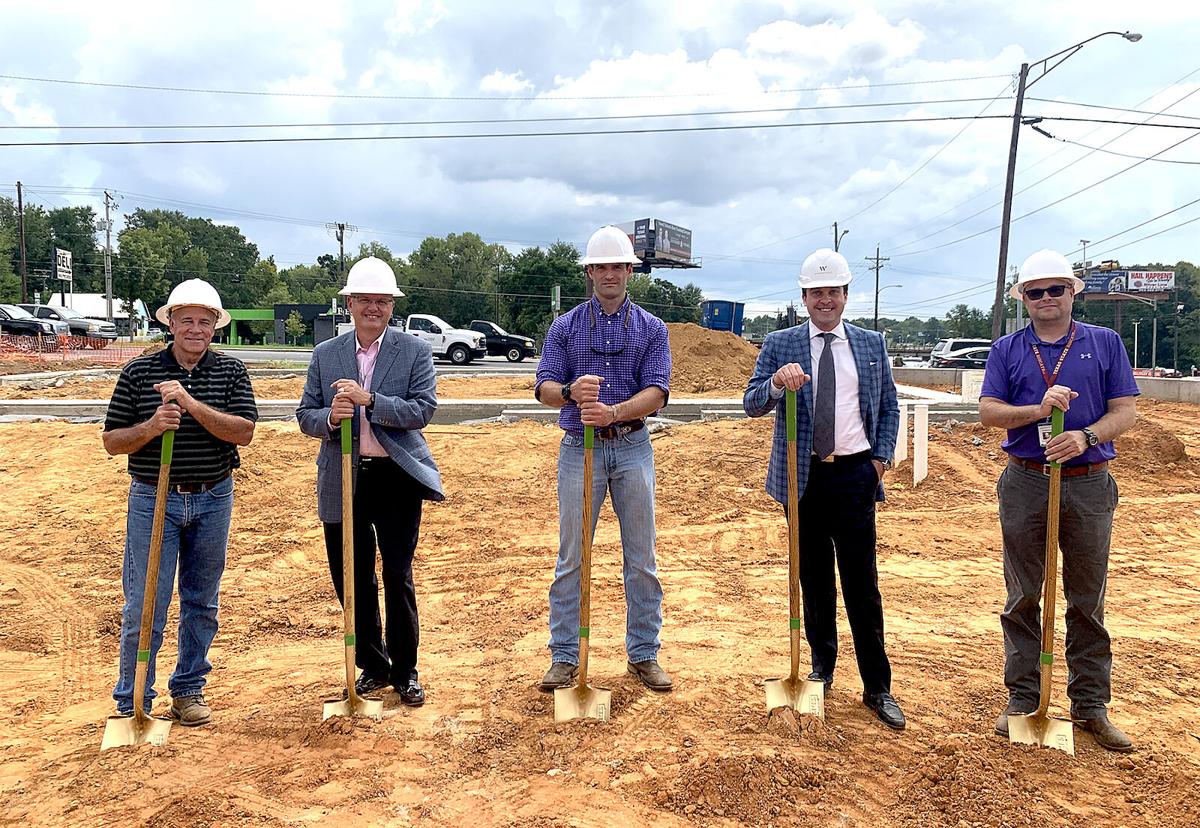 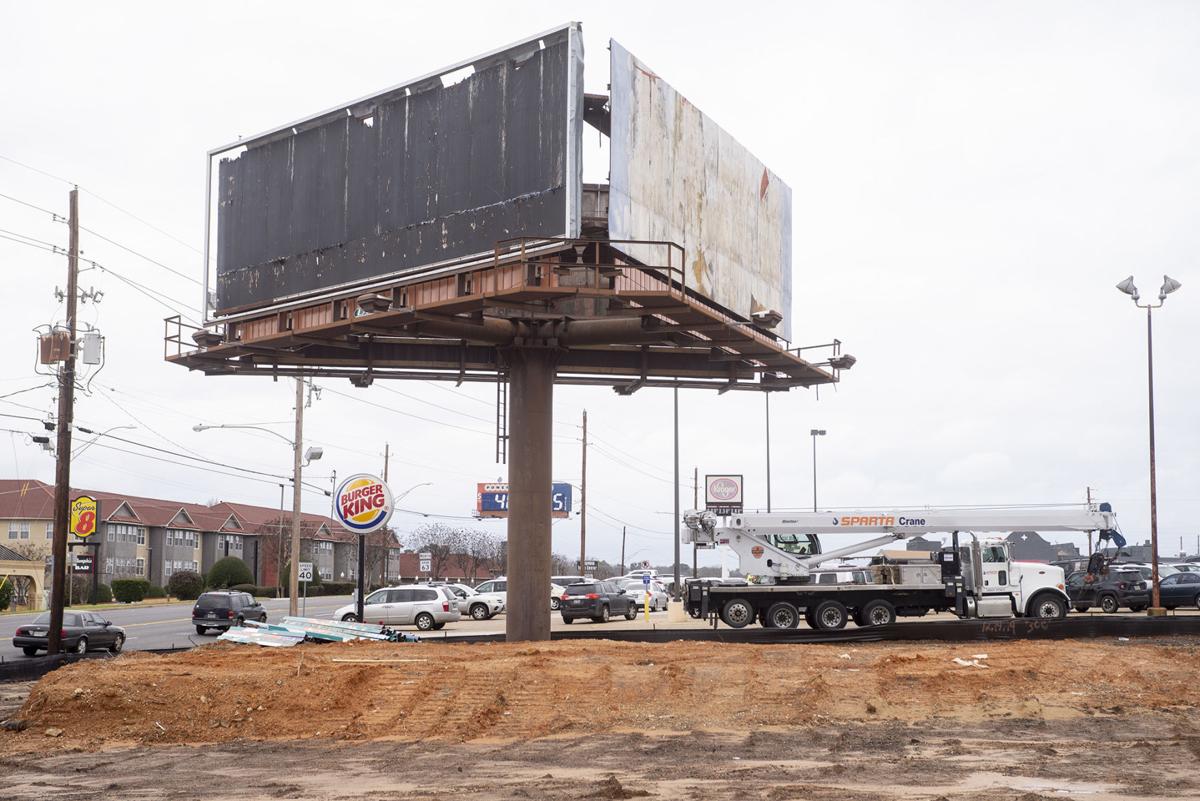 A three-sided billboard is seen in January at the former location of the Waffle Shoppes of Texas on West Marshall Avenue. The billboard was torn down, and a Starbucks is planned at that location. 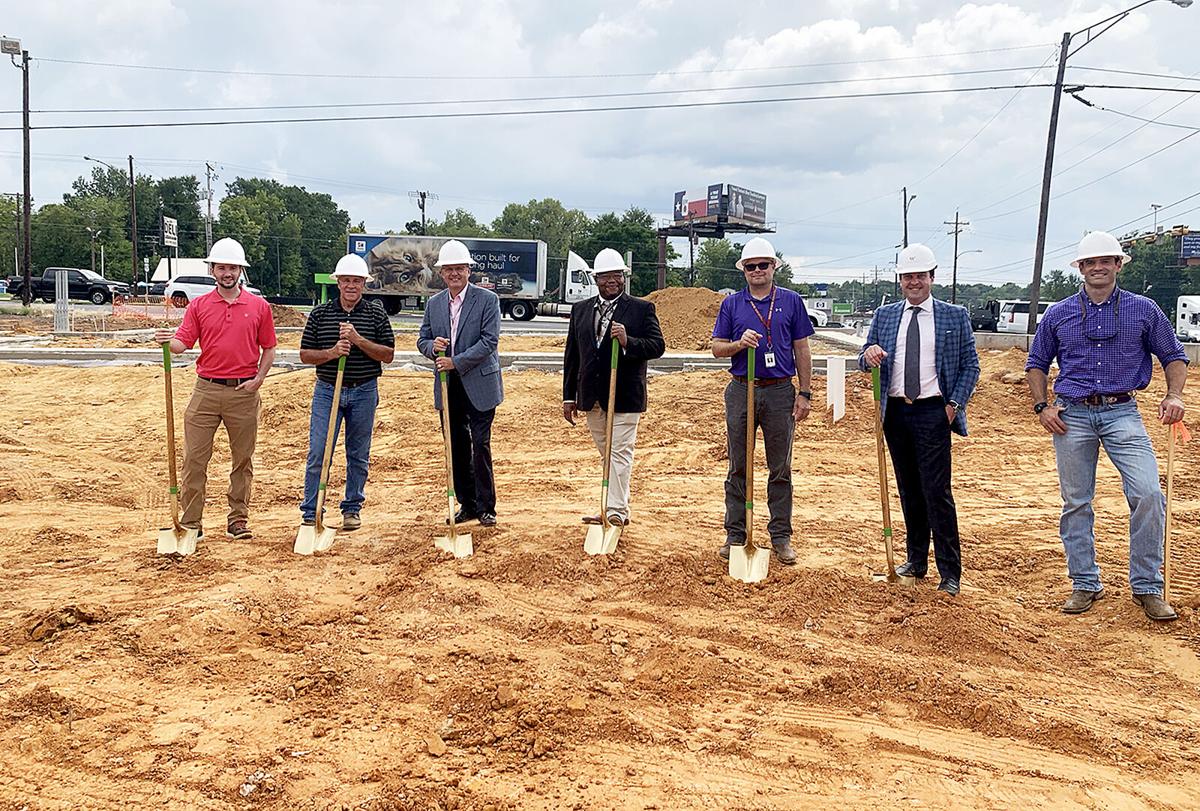 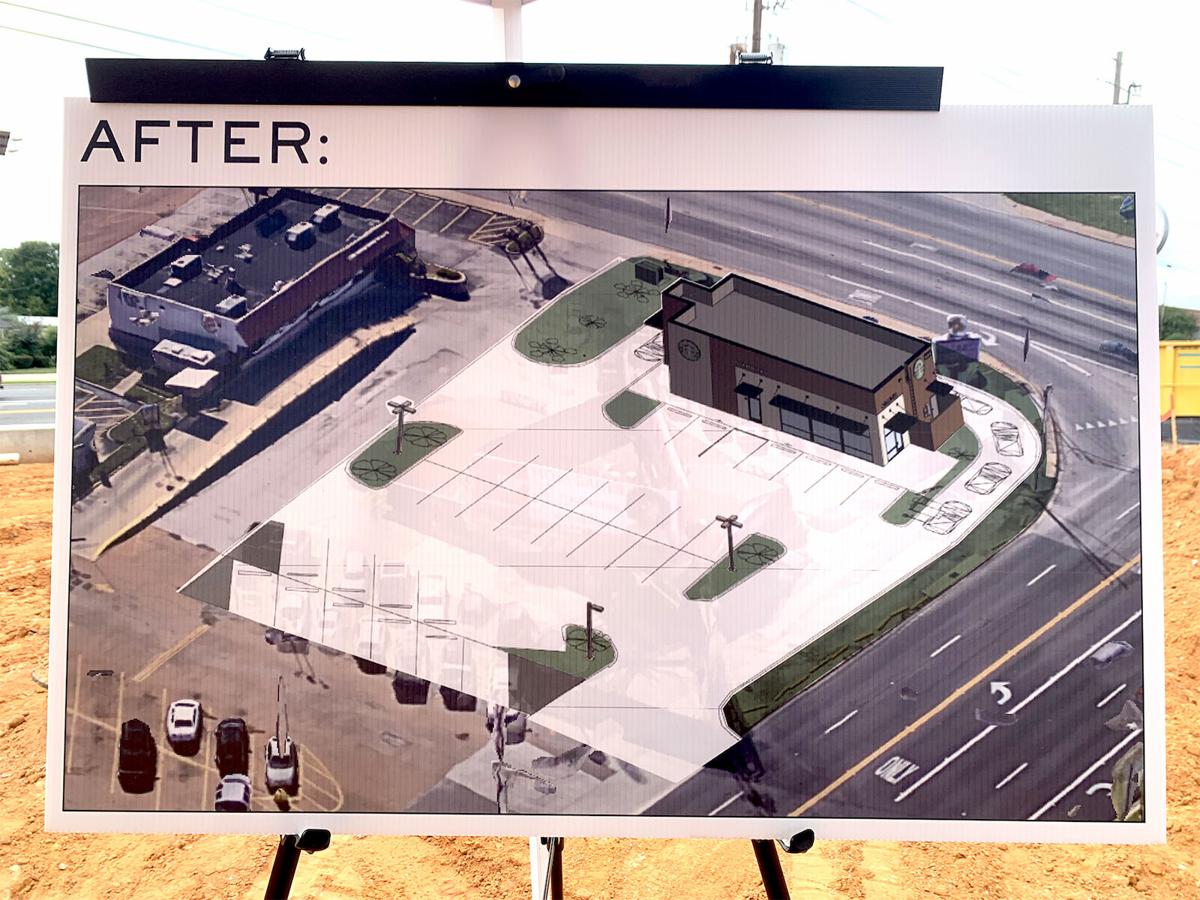 A rendering shows plans for the new Starbucks at Marshall Avenue and Spur 63 in Longview.

A three-sided billboard is seen in January at the former location of the Waffle Shoppes of Texas on West Marshall Avenue. The billboard was torn down, and a Starbucks is planned at that location.

A rendering shows plans for the new Starbucks at Marshall Avenue and Spur 63 in Longview.

A project to bring a Starbucks to one of Longview’s busiest intersections that initially faced hurdles before spurring a change in city policy broke ground this week.

Developers, city leaders and an elected official gathered Thursday for a groundbreaking ceremony on the future site of the Starbucks at Spur 63 and Marshall Avenue in Longview, where a Waffle Shoppes of Texas restaurant once stood.

District 6 Councilman Steve Pirtle on Friday acknowledged the obstacles the project faced in its early stages and said he was glad to be at a point to move dirt.

“We went through a lot of things to get that done,” he said, “I think we have come out on the other side of this a whole lot better.”

Developers John King and Grant Gary encountered a problem with a three-sided billboard that towered over the former Waffle Shoppe. The problem involved the city’s 2003 sign ordinance.

The Longview City Council in October approved amendments to the ordinance that — among other changes — allowed the billboard to be removed, and it was torn down in February.

“We made a silk purse out of a sow’s ear on that corner there,” Pirtle said.

The councilman’s district includes the project’s area, and he said he is glad that it does.

“We’re (the mayor and City Council is) so proud that they’re investing in our community and at that intersection,” he said.

Pirtle said he checked with the businesses surrounding the project, and they all are on board with bringing Starbucks to the busy corner. He also said the project shows a change along one of the city’s main arteries.

“(Highway) 80 as a boulevard is really starting to rejuvenate itself,” he said. “I think that is a big plus — due to the mayor and the council — because we’re pushing that and we want that for the citizens. We want that to grow and to still use that as a corridor.”

Gary on Friday also talked about the various stakeholders involved in the project and bringing them all together, saying the project was coming up on about the two-and-a-half-year mark.

“All of those pieces coming together that at any one time could have become the roadblock that stopped the project, but it kept going,” he said. “Starting the construction and having the groundbreaking has major significance for all of us in the journey.”

Gary echoed Pirtle’s thoughts, saying he sees the project as being part of the area’s continued revitalization.

“We kind of consider this one of the key gateways into the city of Longview,” Gary said.

The Longview Development Services Department issued a commercial permit July 24 to Casey Slone Construction of Marshall for a 2,000-square-foot building shell for the Starbucks. The permit’s value is $500,009.

Gary said the project should be “going vertical” in the next couple of weeks.