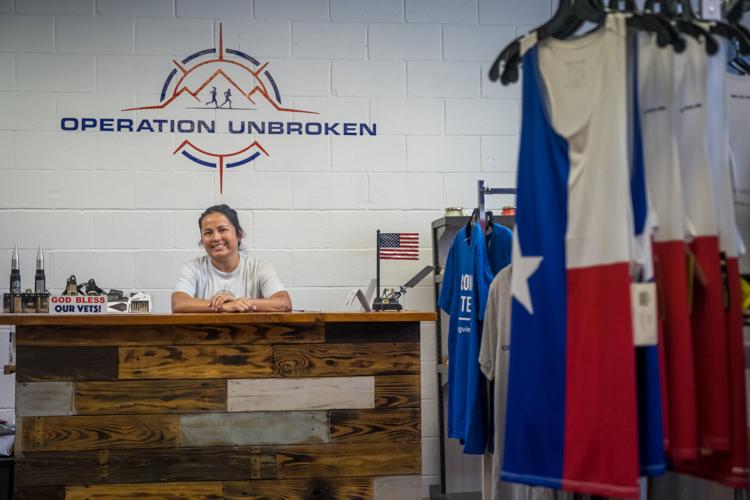 Lucero Harris works behind the counter Friday at Operation Unbroken. 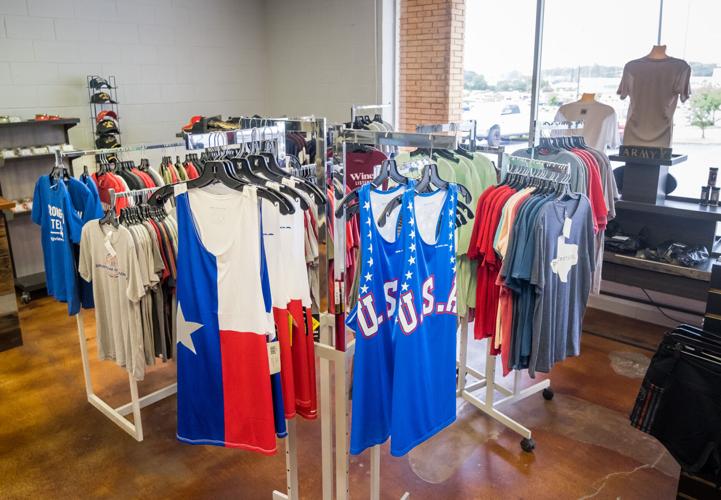 After closing because of slow business, owners Lucero and Matthew Harris had a grand reopening this past weekend at Operation Unbroken on Loop 281 in Longview. (Les Hassell/News-Journal Photo) 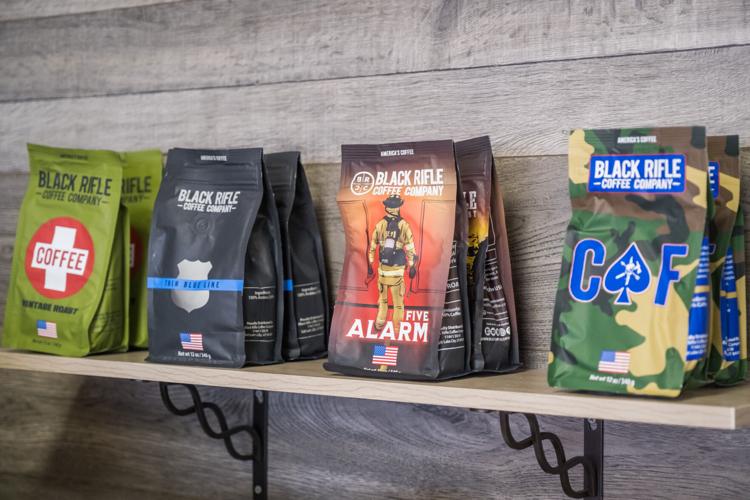 Owner Lucero Harris says the store’s selection of coffee is what keeps most of their customers coming back to Operation Unbroken on Loop 281 in Longview. 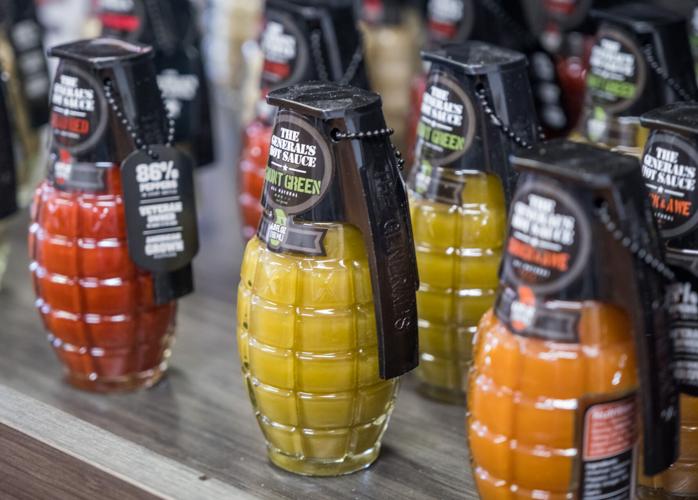 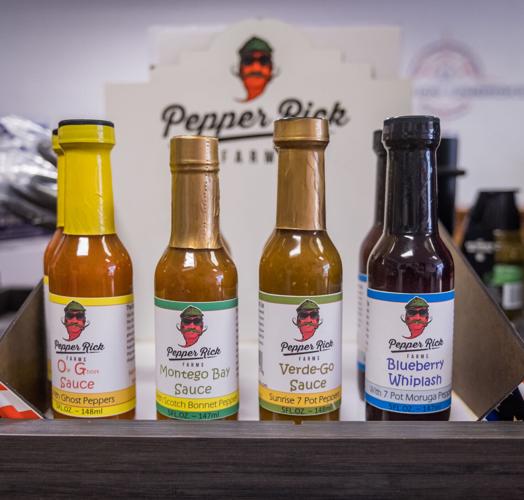 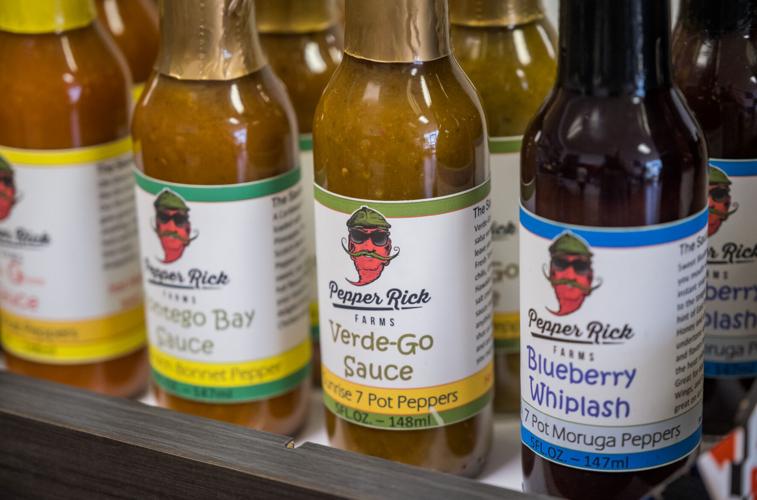 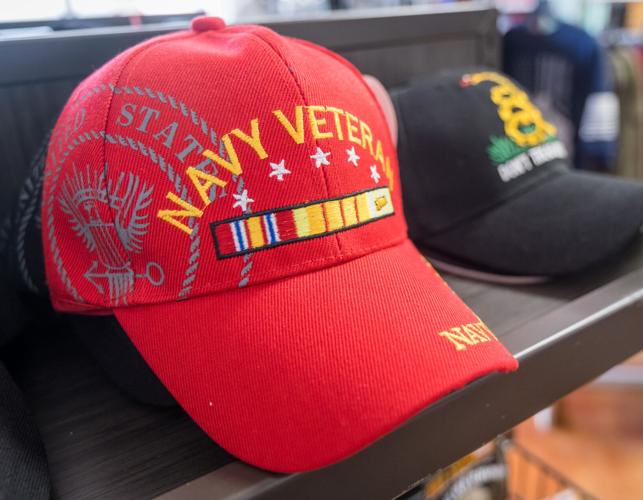 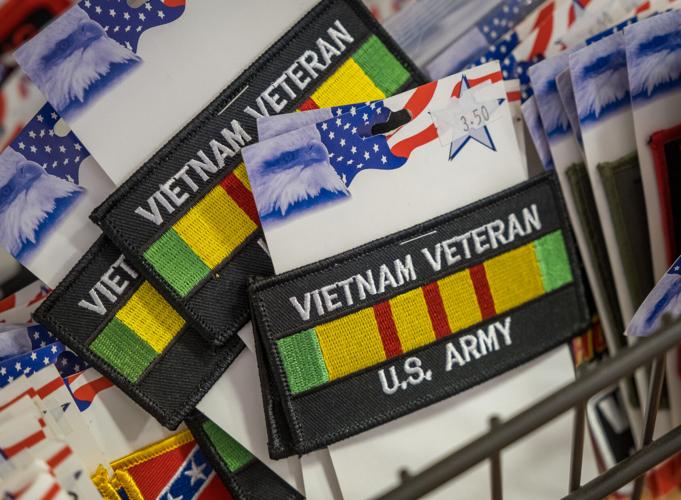 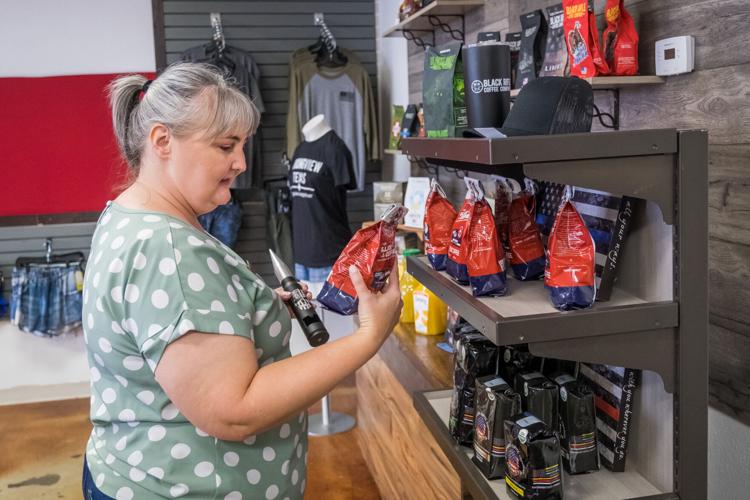 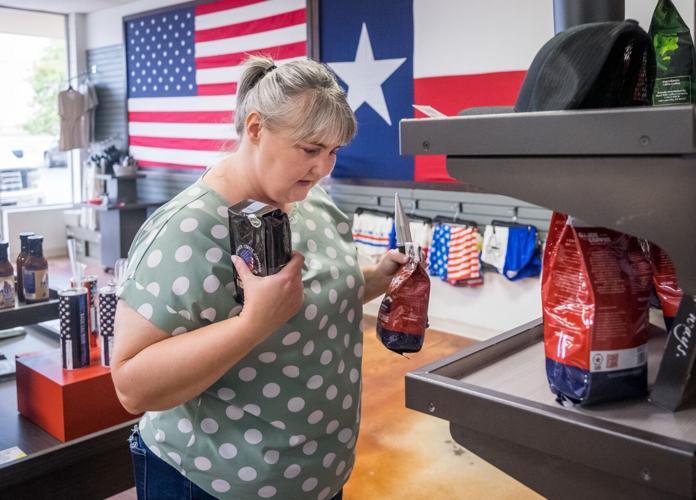 Lucero Harris works behind the counter Friday at Operation Unbroken.

After closing because of slow business, owners Lucero and Matthew Harris had a grand reopening this past weekend at Operation Unbroken on Loop 281 in Longview. (Les Hassell/News-Journal Photo)

Owner Lucero Harris says the store’s selection of coffee is what keeps most of their customers coming back to Operation Unbroken on Loop 281 in Longview.

Operation Unbroken didn’t give up.

The store reopened Saturday, once again focusing on products produced by veterans or that support veterans and veteran organizations. Operation Unbroken had closed for a few months after struggling to keep the doors open. The store at 1747 W. Loop 281, in the Northwest Village Shopping Center, had opened in May 2020, selling coffee beans, apparel, soaps, hot sauces, wooden decor, nutritional products and more.

It won the Longview Chamber of Commerce’s Veteran Owned Business of the Year award in May, after it had closed earlier this year, inspiring owners Lucero and Matthew Harris to redouble their efforts to reopen. They conducted a fundraiser selling “Strongview” T-shirts to help raise money to reopen.

“I think winning the ... award really gave me the extra boost that I needed,” Lucero Harris said. “The more I talked about my store, the more I remembered why I’m here in the first place.”

The award helped promote the retail store to the community, though it was difficult to talk about at the time because of what they were trying to push through, she said. The community has been encouraging and supportive since then, including other small business owners.

“I think that I feel more encouraged day by day,” Harris said.

The fundraiser helped them get the doors open again, she said, and people in the community asked about how to help. It was meaningful, she said.

“I want the community to want us to be here,” Lucero said. “That’s the main goal. ... You could definitely choose anything else over us. That was my biggest takeaway was having the feeling the community wants us here.”

Lucero and her husband served in the military. They married in 2008 after they graduated from high school in East Texas. He enlisted in the Army and was stationed in Alaska. Matthew was injured in Afghanistan and medically discharged in 2011, Lucero said. She enlisted in the U.S. Army in 2017.

Saturday’s re-grand opening was “great” she said, with ongoing and new customers visiting the store.

“That’s the kind of family we’ve been trying to make,” Harris said, describing how customers told them they’d missed them. “That response is absolutely awesome.”

Now, when people ask how to help, she tells them “tell your friends” and share posts from Operation Unbroken on social media. It helps small businesses, she said.

The store will be closed July 29-Aug. 9 because their daughter, Elizabeth, will represent Texas in the U.S. Kids Golf World Championship in Pinehurst, N.C., and the Harris family will be traveling with her.

Otherwise store hours are 10 a.m.-3 p.m. Tuesday-Saturday. Operation Unbroken will be open until the trip and will reopen after the family returns.

While she doesn’t want to close the store, it was important to be there for her daughter, Harris said.

“That just means we’ll really need everybody’s support once we get back. We’ll just be working really hard,” she said, including working on establishing an online store to complement the storefront.