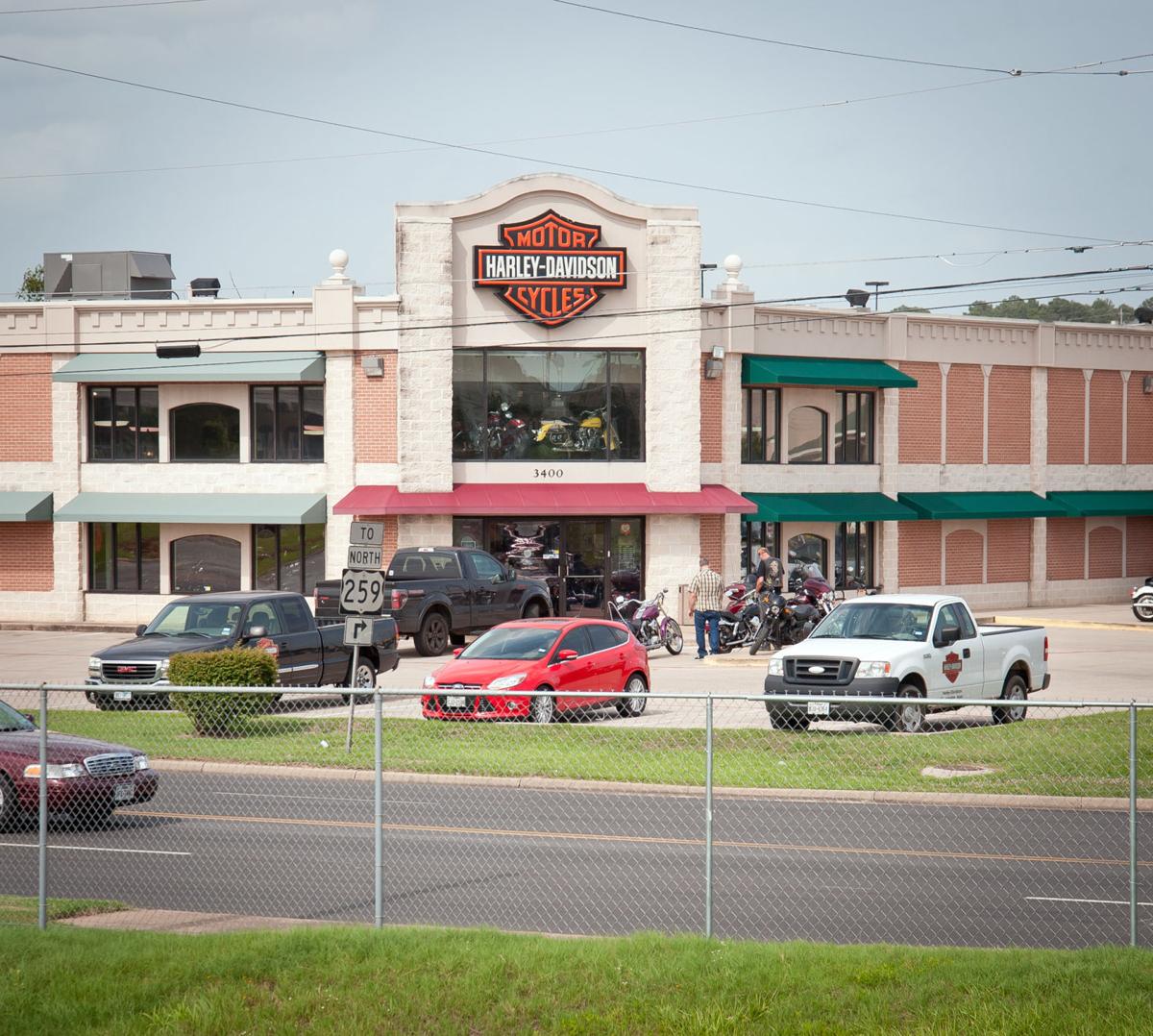 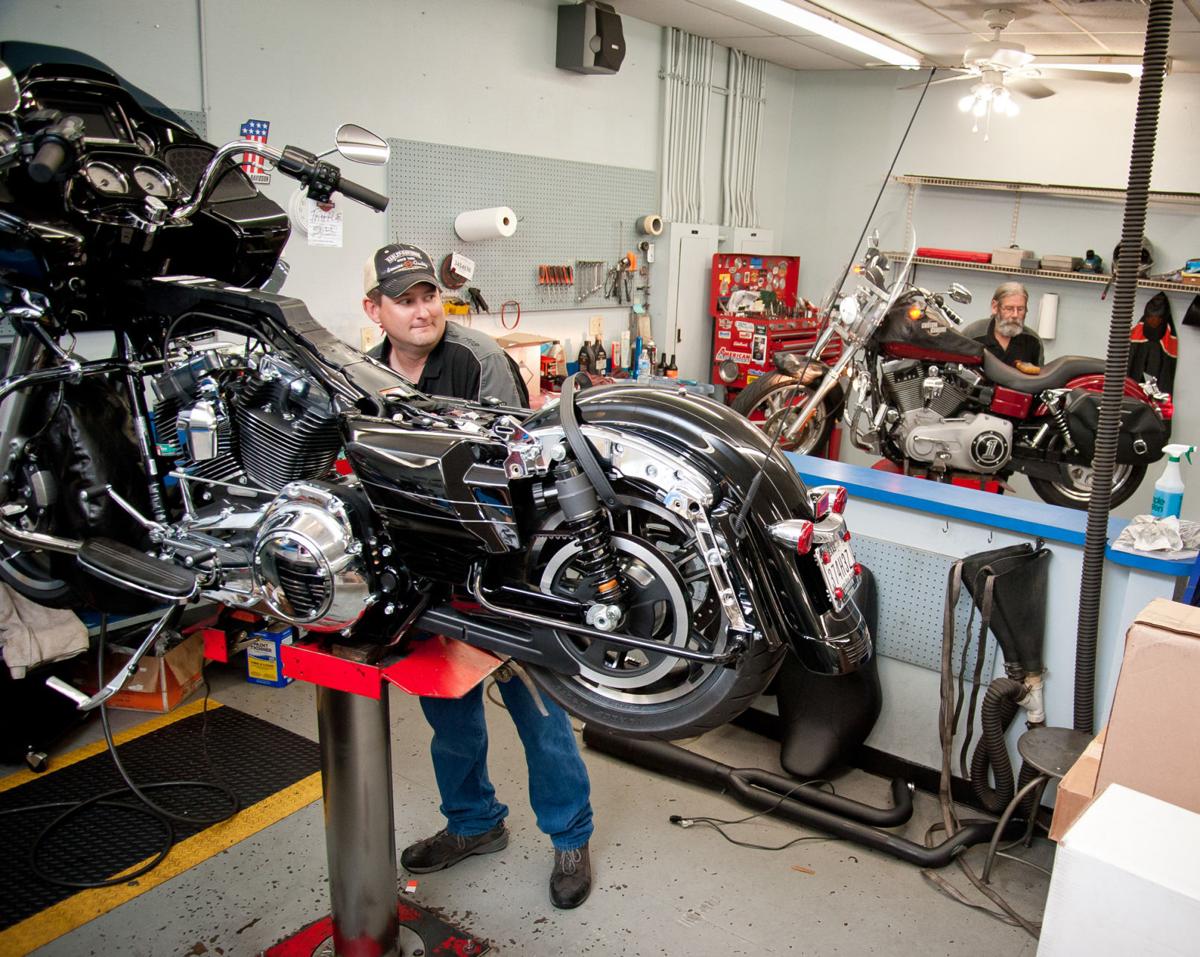 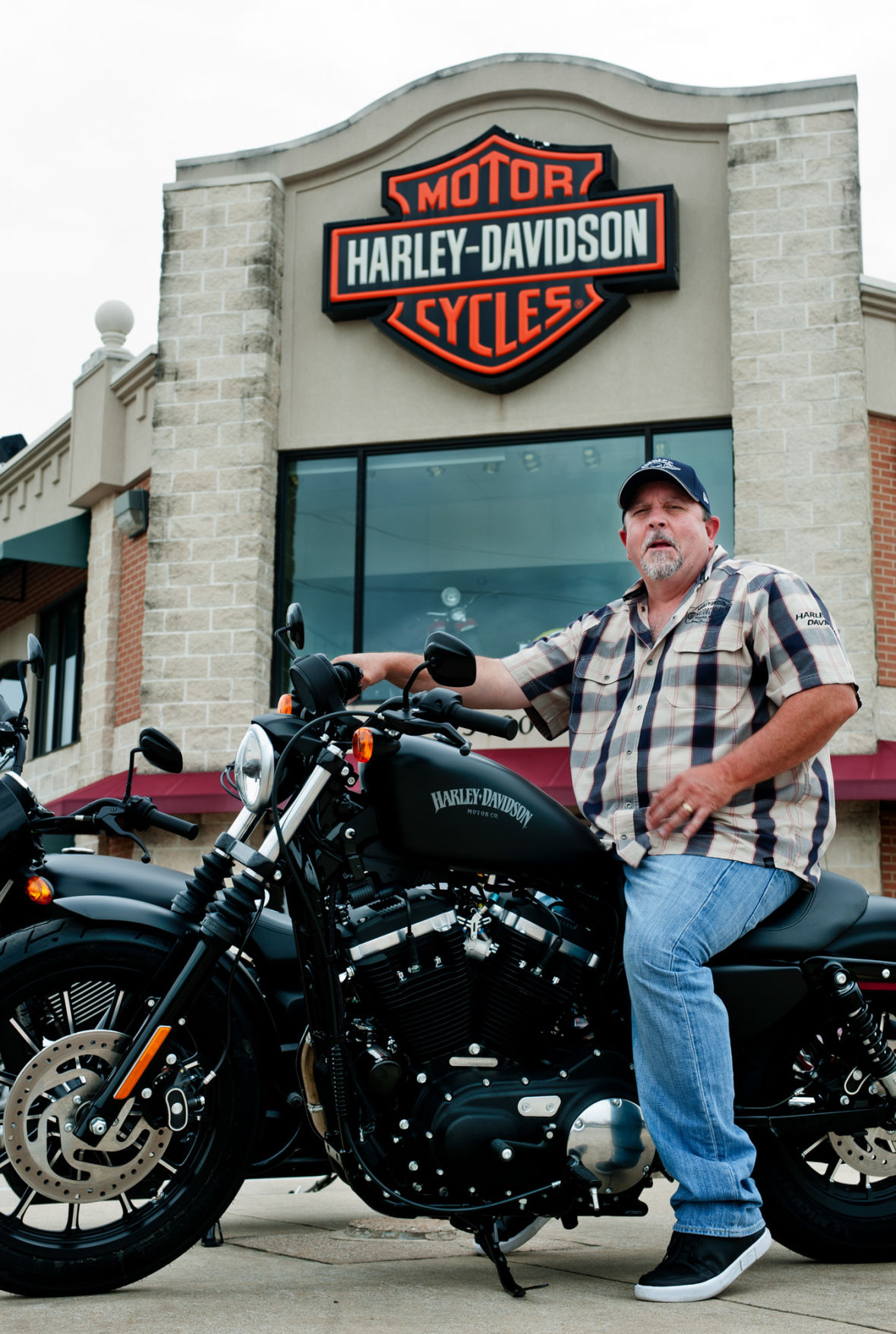 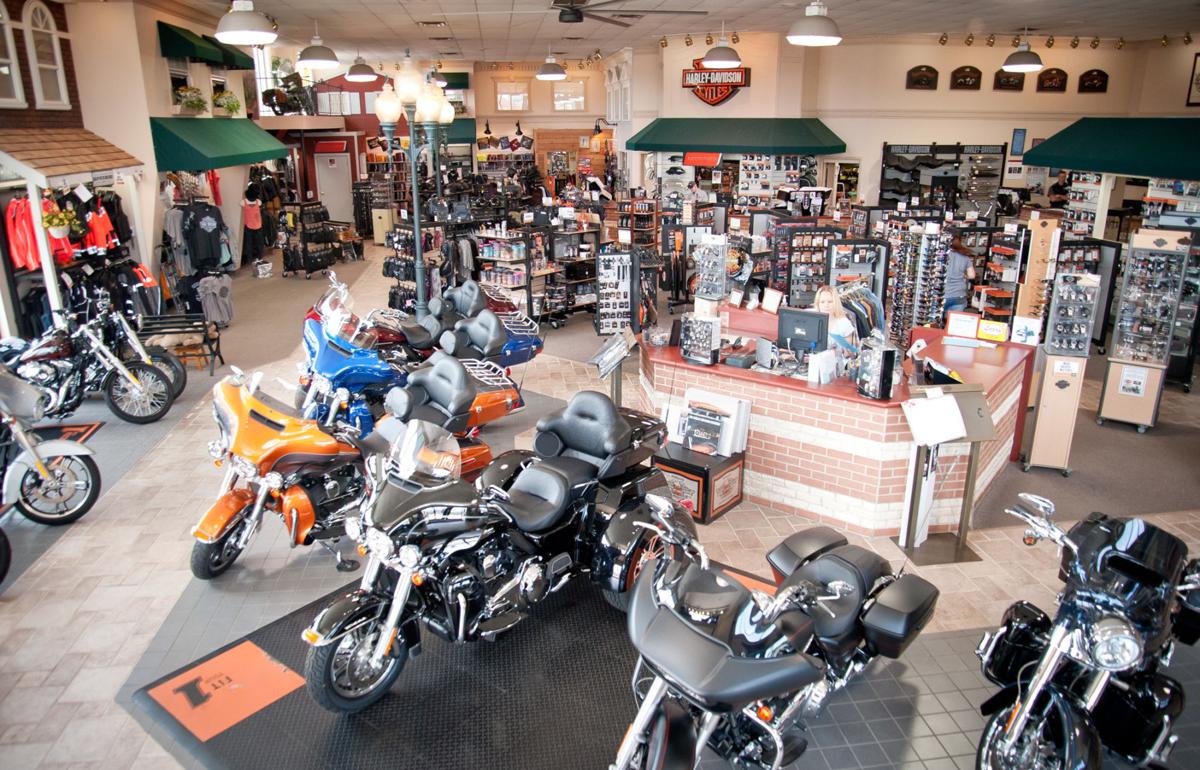 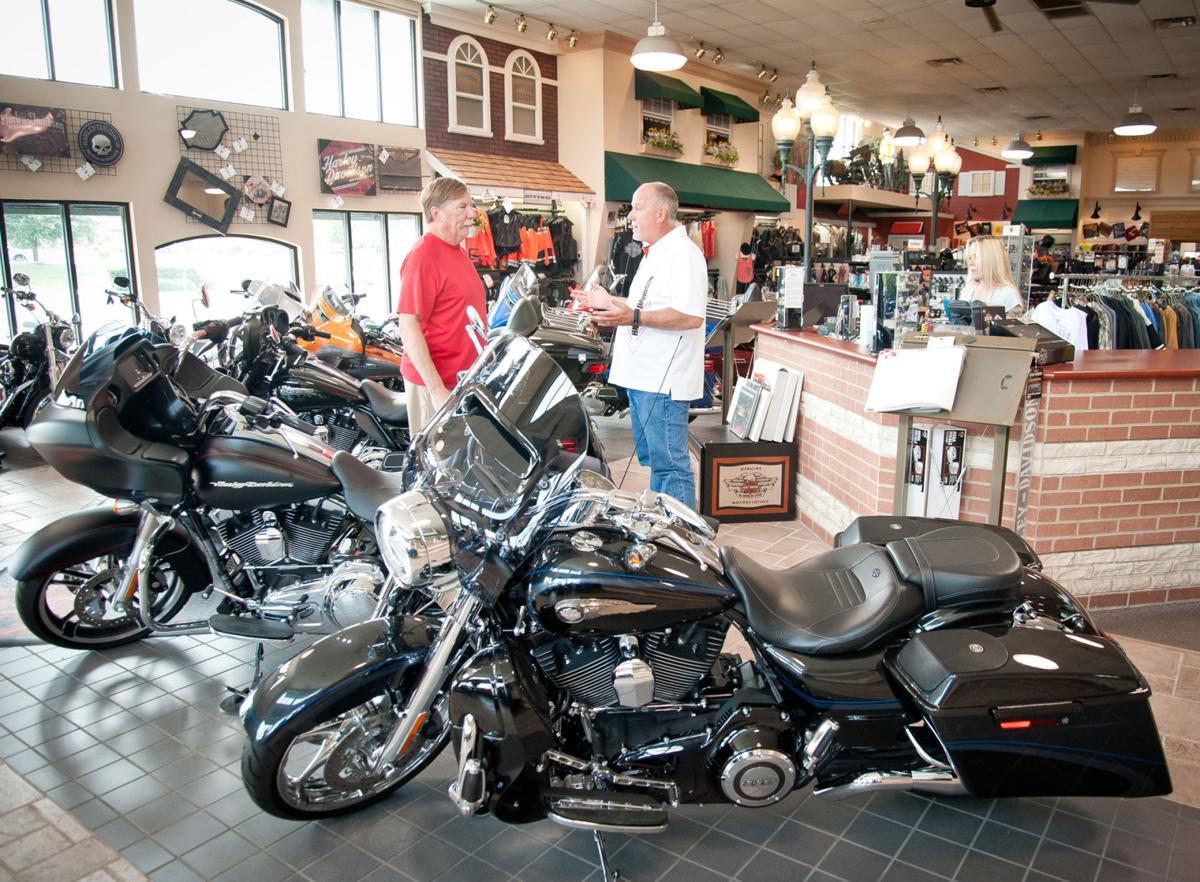 As he takes over the Harley Shop in Longview, its new owner is mapping out a path for growth for the 35-year-old dealership.

Bedford-based Calculated Risk Motorcycle Group announced this past week it had added dealerships in Longview and Nacogdoches to its family of companies.

“My dad’s side of the family is from Louisiana,” said Smith, head of Calculated Risk. “I’ve spent a ton of time in East Texas and Louisiana riding around the pine trees and fishing. Pine trees to me mean home or comfort. I do a lot of riding in East Texas, so I just like being there in general.”

Smith, who started his company in 1996, said he hadn’t been planning on such growth in such a short period of time.

“You don’t get to pick when opportunities present themselves,” he said, adding that he had turned down opportunities that didn’t make sense because of market potential or team members working there.

“That Warren Buffet guy is not stupid. He buys companies that are already doing well,” Smith said. “That’s what we think we’re doing in Longview. It’s a good crew.”

The Longview dealership has represented the Harley-Davidson brand well for many years, he said. But the East Texas market is underserved, and the answer is growth.

“The previous owners have done a great job. Now we’re going to take the baton and take it to the next level,” he said.

“The facility needs to be and will be upgraded. We’re going to build a new store,” a bigger store, and, on a more immediate time frame, employ more people.

Smith estimated it would take a couple of years to get the Longview dealership into a new home that will be from 30,000 to 40,000 square feet, at least doubling the size of the current store.

He said the move will likely involve “finding new dirt and building a new facility on that dirt.” He’s already looked at land on U.S. 259 in the Peters Chevrolet area as one possibility. The dealership will add employees well before that, although he takes issue with the word “employee.”

“We don’t have employees. We have team members,” he said.

“That’s not what Harley Davidson is. As a brand to begin with it’s a family type of brand. Once you either work in a dealership or ride one of the motorcycles — this is an inclusive community. Team member makes it feel that way. It is that way.”

The Longview store, which sells and services new and used Harley-Davidsons, parts and gear, employs about 15 people. He expects to double that within six months.

That, combined with the new facility, will bring growth. “When you’re in a 15,000-square-foot building, with 15 folks in it — they’re good folks and they did a good job. It’s not that they were doing poorly,” he said, but that many people working in that size space can only handle so many people who walk through the door.

The others, who perhaps aren’t greeted at the door or whose questions aren’t answered, might walk out the door. “We’re not competing against other motorcycle dealerships,” Smith said. “We’re just competing for their recreational dollar. Folks want to have fun, and they’re going to spend it fishing or skiing or hunting or they’re going to spend it riding a motorcycle. This is America. Folks want to have their recreational activities. We’re going to give them every reason possible for it to be a Harley Davidson.”

Rob Edwards is general manager of the Longview and Nacogdoches dealerships.

He said he purchased his first Harley when he was 16 and has worked in the motorcycle business for more than 15 years.

Much of that has been at Harley-Davidson dealerships, Edwards said, adding that he most recently was general manager at a dealership in Missouri.

He wanted to both move to Texas and work for Smith, he said, because of his reputation.

“It probably is as high as anyone in the industry, and certainly the people that I know that know him — he came highly recommended,” Edwards said. Also, he noted, Calculated Risk Motorcycle Group is the highest-volume dealer in the state.

Smith said the Longview store previously had a couple of events a year. Under his ownership, the dealership will schedule two or three events per month.

“One of the positions we’ll have is the ambassador of fun. The regular business term would be marketing or event coordinator,” Smith said. “When you’re dealing in a recreational product, you’re looking for reasons to engage with your bike or with your boat or whatever it is you do for fun. We need to give you every reason possible to get on your bike and go for a ride.”

That, in turn, creates return customers, he said.