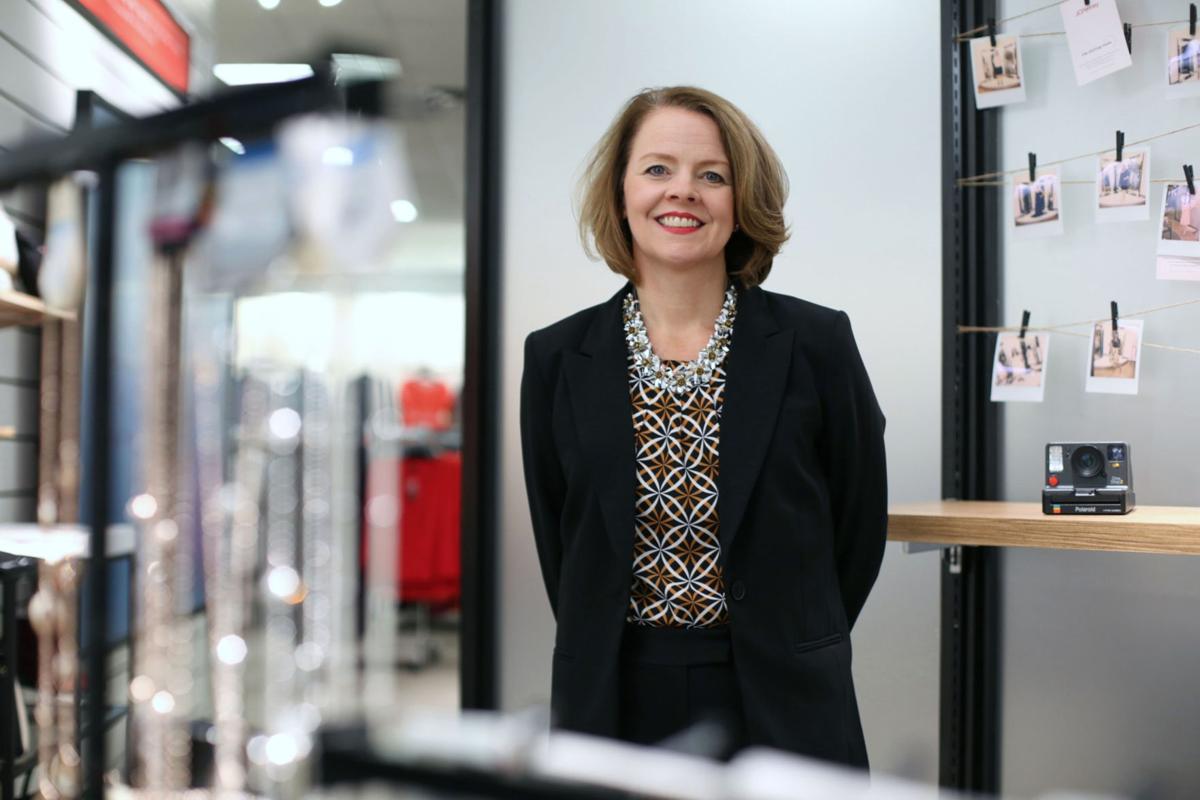 Jill Soltau, chief executive officer of J.C. Penney, is making a long-shot bid at J.C. Penney to do what her predecessors couldn’t: uncover what customers really want from the ailing department-store chain. 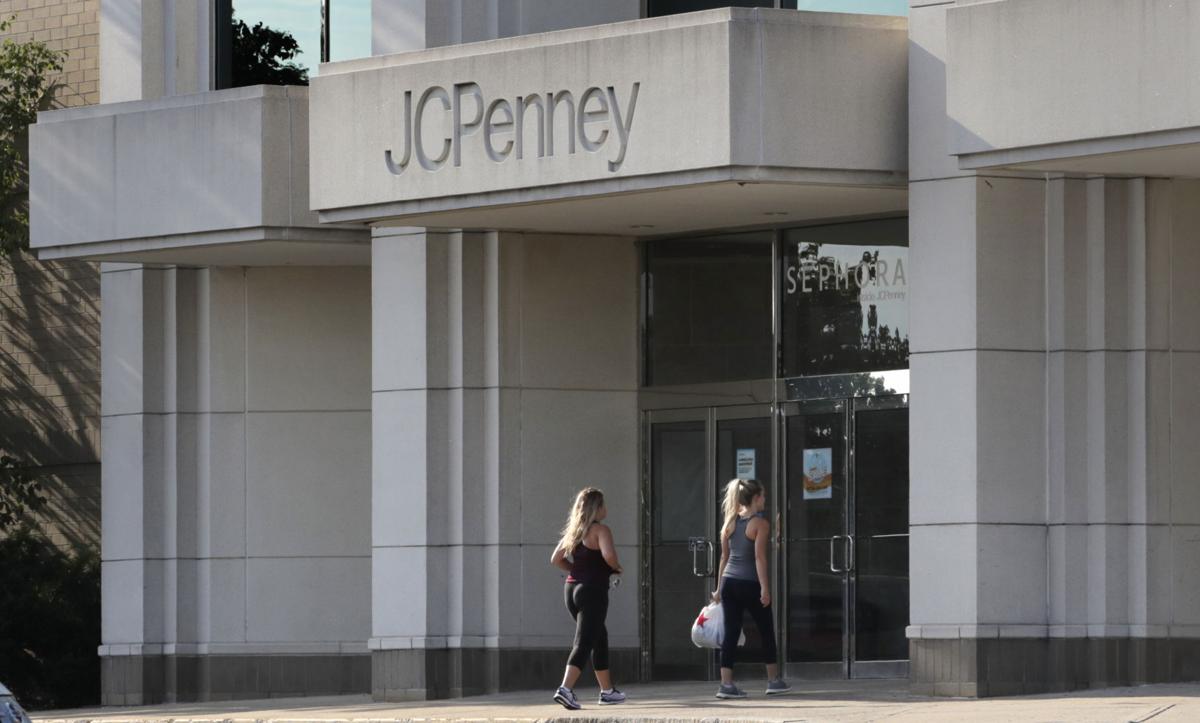 Women walk into the J.C. Penney store in August in Peabody, Mass.

The company logo is seen Aug. 14, 2019, on the building at the JCPenney store in Peabody, Mass. J.C. Penney Co. on Thursday reported a loss of $48 million in its fiscal second quarter.

Jill Soltau, chief executive officer of J.C. Penney, is making a long-shot bid at J.C. Penney to do what her predecessors couldn’t: uncover what customers really want from the ailing department-store chain.

Women walk into the J.C. Penney store in August in Peabody, Mass.

The company logo is seen Aug. 14, 2019, on the building at the JCPenney store in Peabody, Mass. J.C. Penney Co. on Thursday reported a loss of $48 million in its fiscal second quarter.

Jill Soltau is making a long-shot bid at J.C. Penney to do what her predecessors couldn’t: uncover what customers really want from the ailing department-store chain.

Soltau joined the Plano-based company last October with the stock in a free fall that has yet to reverse. During her second day on the job as the company’s first female chief executive officer, she commissioned a survey that came back with some telling findings: Customers are tied to their digital devices, they care about fashion and want to forge an emotional connection with the places they shop.

J.C. Penney had work to do in every category, Soltau said in her first sit-down interview since she started the job.

Within the first six months of her tenure, she identified 18 of the department-store locations for closure and exited the major appliance business, which had been reintroduced by prior CEO Marvin Ellison in 2016. She also moved most furniture sales to online only.

“It hasn’t been a great shopping experience, I think largely because the company had lost its sight on doing what’s right for the customer,” Soltau, 52, said in an interview in Fort Worth. Customers have been “confused” and “not sure who we are, who we’re trying to be,” she said.

Other changes she’s put in place since then may not seem as radical-ritzier fitting rooms, a lot less merchandise and more experiences like in-store workshops on makeup application and home cooking-but the results are promising, she says. A company test of its new dressing-room model inside two stores resulted in customers with a more than 30% bigger shopping basket.

Still, with foot traffic falling and four straight quarterly declines in same-store sales, Soltau acknowledges she has a lot of work ahead. The question is how much longer investors are willing to wait. Shares are down 9% since the start of the year, despite a wider bull market that’s driven the S&P 500 up 20%.

If it seems Soltau is moving deliberately-and maybe a bit slower than Wall Street might like-there’s a good reason. In 2012, the company burned a lot of customer goodwill when it made the critical error of scrapping coupons, thinking buyers would rather have low prices all the time than feel the buzz of snagging a limited-time deal. Yet by doing so, J.C. Penney misjudged its core audience, and it has taken time to win them back. The CEO’s office has also been a revolving door, with four leaders in less than eight years.

“Sometimes there’s a lot to undo,” says Soltau who previously ran the arts-and-craft retailer Jo-Ann Stores. “This company has made a lot of promises that it hasn’t fulfilled,” she says. “We’ve got to earn the trust back of our customers, of our vendors, of our investors and the only way to do that is share once we have results.”

S&P Global Ratings downgraded the retailer last month, citing “growing risk” that it will pursue a debt restructuring in the next 12 months. It has close to $4 billion of total debt, including bonds, revolving loans and a term loan, according to data compiled by Bloomberg. The New York Stock Exchange told the company this summer that it was at risk for delisting if it couldn’t get its share price higher. It’s been hovering much of this year in penny-stock status.

Compounding the 117-year-old chain’s internal woes are the broader challenges faced by U.S. department stores. Once the country’s shopping anchors, they continue to stumble even as the retail sector overall remains relatively strong. Earlier this month, Moody’s Investors Service cut its 2019 operating income forecast for department stores to a 15% decline from an earlier outlook for a 10% drop.

Soltau says the in-store experience keeps department stores relevant in an increasingly e-commerce world. And she pointed to the new fitting rooms as one example. In a corner ofthe Alliance Town Center a store in Fort Worth, the space is brightly lit with decorative wallpaper and larger mirrors that contrast with the dark, dingy, messy rooms of yore.

Tables hold jewelry, handbags and other suggested accessories that customers could buy, and more frequently do-it turns out-when they’re right there in front of them. Perfume, lipstick and free tote bags that say “It’s Not What You Wear, It’s How You Own It” are part of the redesign. The space is staffed with a full-time stylist. Shoppers can capture the moment with Polaroid cameras available for use. The section is only for women currently, though men’s department renovations are planned.

The fitting rooms and workshops show that Soltau is focused on shoring up J.C. Penney’s core business of being an apparel and accessories retailer, says Bloomberg Intelligence analyst Poonam Goyal. “Can this be scaled?” Goyal asked. “Everything that she’s put out so far is good, but I still can’t justify them having 800 plus stores.”

Soltau says the new styling sections address both foot traffic and sales troubles at the chain, known colloquially as Penney’s. And she says J.C. Penney will remain in malls, despite concerns those venues are a dying breed. Some 80% of transactions at the retailer are in store, she says, even if 89% of our customers “start their path to purchase online.” The chief executive says she doesn’t have plans at the moment to shutter any more of the chain’s 850 locations.

Other chains are also revamping their layouts to broaden experiential shopping. Macy’s carved out space in dozens of stores to create a shop-in-shop that changes themes every few months, Kohl’s rolled out its Amazon.com partnership nationally and Nordstrom is offering more tailoring and ramping up restaurant options at its New York flagship that opens next month.

Soltau has also sharpened her focus on the chain’s well-known and oft-lamented oversupply of products. The company cut inventory by 12.5% last quarter and reduced markdowns, which had been hurting sales. The Fort Worth store continues to offer many items at 40% and 50% off, a sign it’s still clearing excess inventory. That will continue to be a focus along with reducing options to keep the stores from feeling too crowded.

Analyst Goyal says if Soltau’s strategies had been put in place in 2012, they would likely have been more successful than what her predecessors did: “bringing other distractions to make up for the bleeding core.”

Shoppers will start to see more of her plan come into fruition as the critical holiday season approaches. Soltau promises that the retailer will “show up this holiday in a way our customer hasn’t seen in a long time.”

“It won’t be perfect yet,” she says. “We have a long way to go, but our customer will feel the change.”