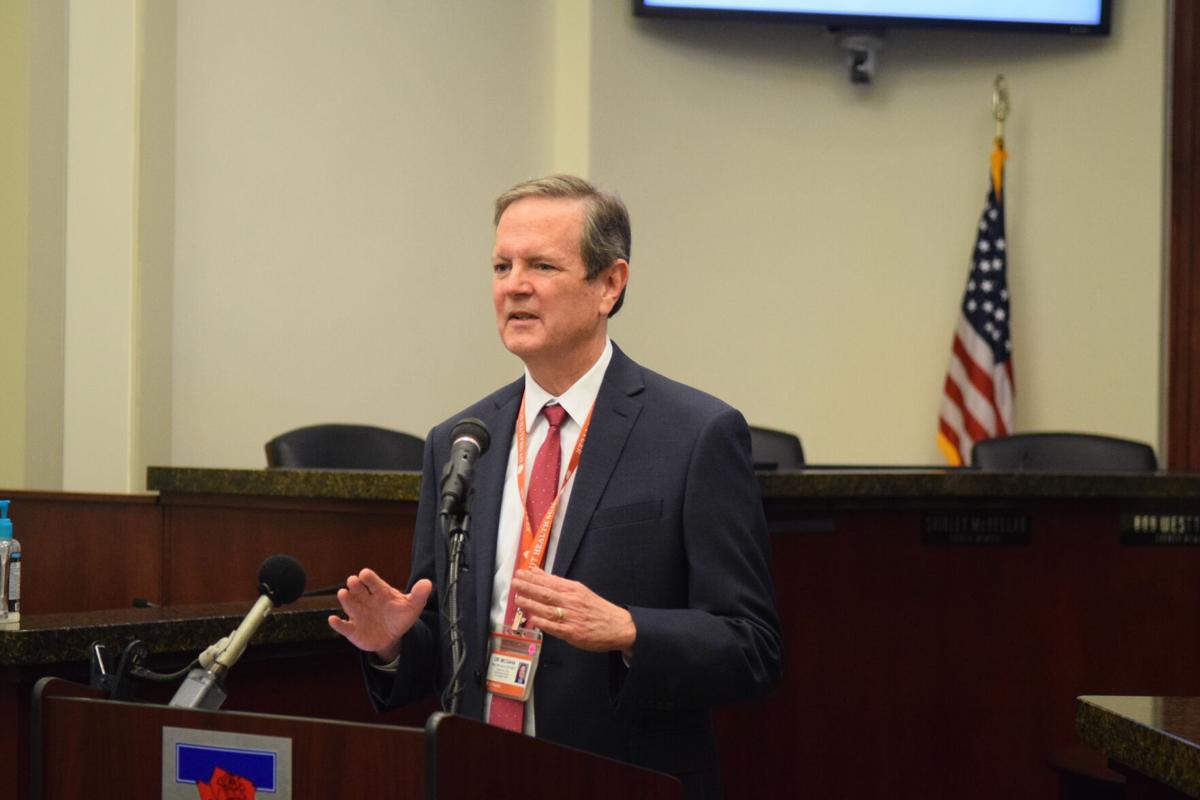 Smith County Health Authority Dr. Paul McGaha talks about safety measures and when a COVID-19 vaccine will be available to the public. 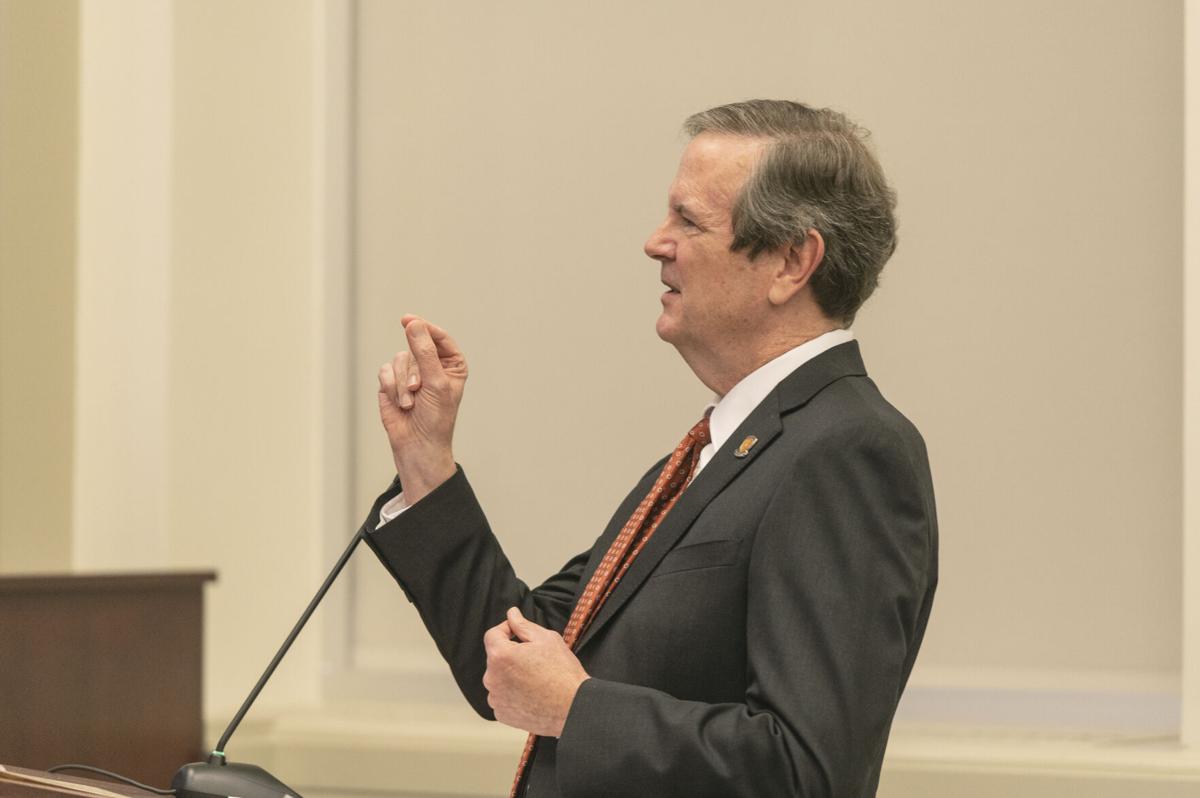 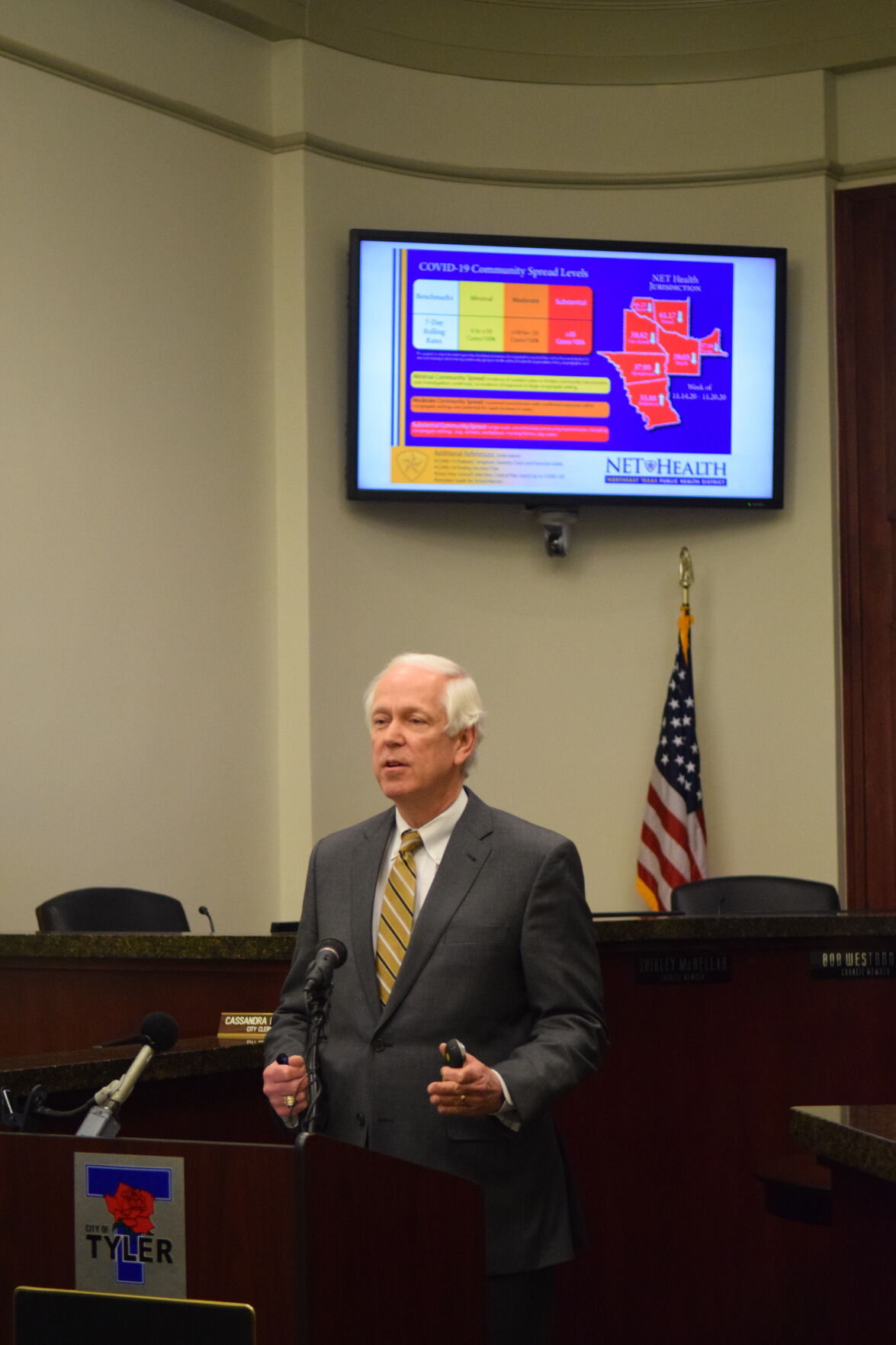 NET Health CEO George Roberts talked about numbers and what point restaurants could be forced to close again with another winter surge. 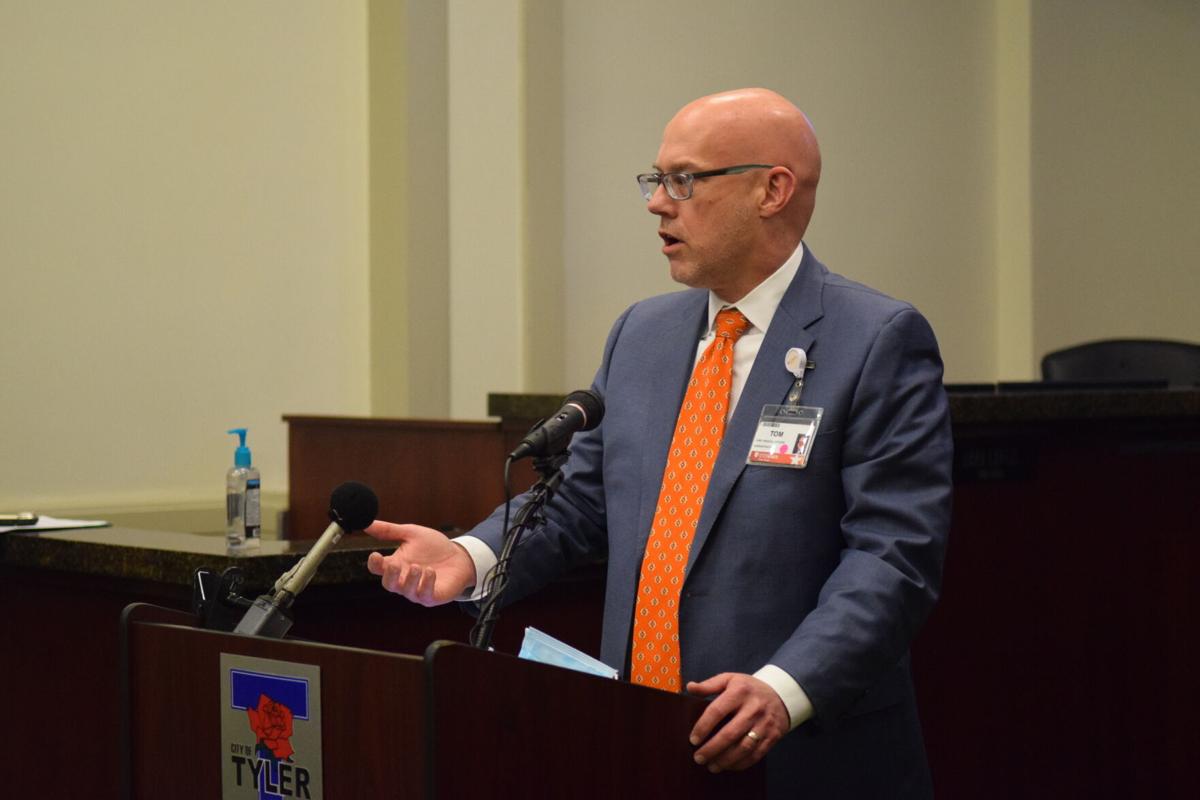 Smith County Health Authority Dr. Paul McGaha talks about safety measures and when a COVID-19 vaccine will be available to the public.

NET Health CEO George Roberts talked about numbers and what point restaurants could be forced to close again with another winter surge.

Based on his predictions, Smith County Health Authority Dr. Paul McGaha said anyone who wants a COVID-19 vaccine in East Texas could likely receive it in April.

McGaha provided an update on the reports of vaccine production during a news conference Monday at Tyler City Hall, where health officials shared details on the area COVID-19 response.

“The vaccine does represent a great hope for us to really stop the pandemic if enough people will take it,” McGaha said, adding that East Texas is on the cusp of receiving a vaccine sometime in December for priority populations, such as healthcare workers.

McGaha noted that companies like Pfizer and Moderna are producing early vaccines with more than 90% rates of effectiveness in preventing COVID-19.

He said surveys show that 58% of Americans are willing to take the vaccine when it’s prepared and approved.

“If 70% of our population is either vaccinated or has had the illness, we get into a situation we call ‘herd immunity.’ If you can vaccinate 70%, it will effectively block the spread to other community members,” McGaha said. “It will still continue to spread, but not to the degree it is spreading to now.

“We hope people will consider the vaccination and get all of their questions answered. There will be a lot of misinformation coming out, get your information from authoritative sources and it does represent a great hope for us moving into the next year to really quell this epidemic and pandemic,” McGaha added.

Early data shows the vaccines appear to be safe, McGaha added. The vaccines need to go before the Food and Drug Administration advisory panels to gain approval from scientists and public health officials.

If approved at the FDA, the Centers for Disease Control and Prevention advisory committee on immunization practices will then have to give its blessing.

Once those approvals occur, the vaccine can start being administered, he said.

He said populations will be prioritized. Healthcare professionals will be first, and then others will be in line for vaccines. It will likely be April when there is enough for everyone who wants the vaccine to be able to get it, McGaha said.

Thousands of healthcare workers throughout Texas are registering for the preliminary vaccine doses, he said. Hospitals are becoming poised to start receiving supplies.

“It will be logically distributed to those who are healthcare workers, high-risk, first responders,” McGaha explained. “It’s a very logical thought-out plan.”

But as the vaccine nears, McGaha said it’s important to continue mitigation efforts for reducing the spread.

“That second or third generation spread could wreak havoc on a lot of populations,” McGaha said.