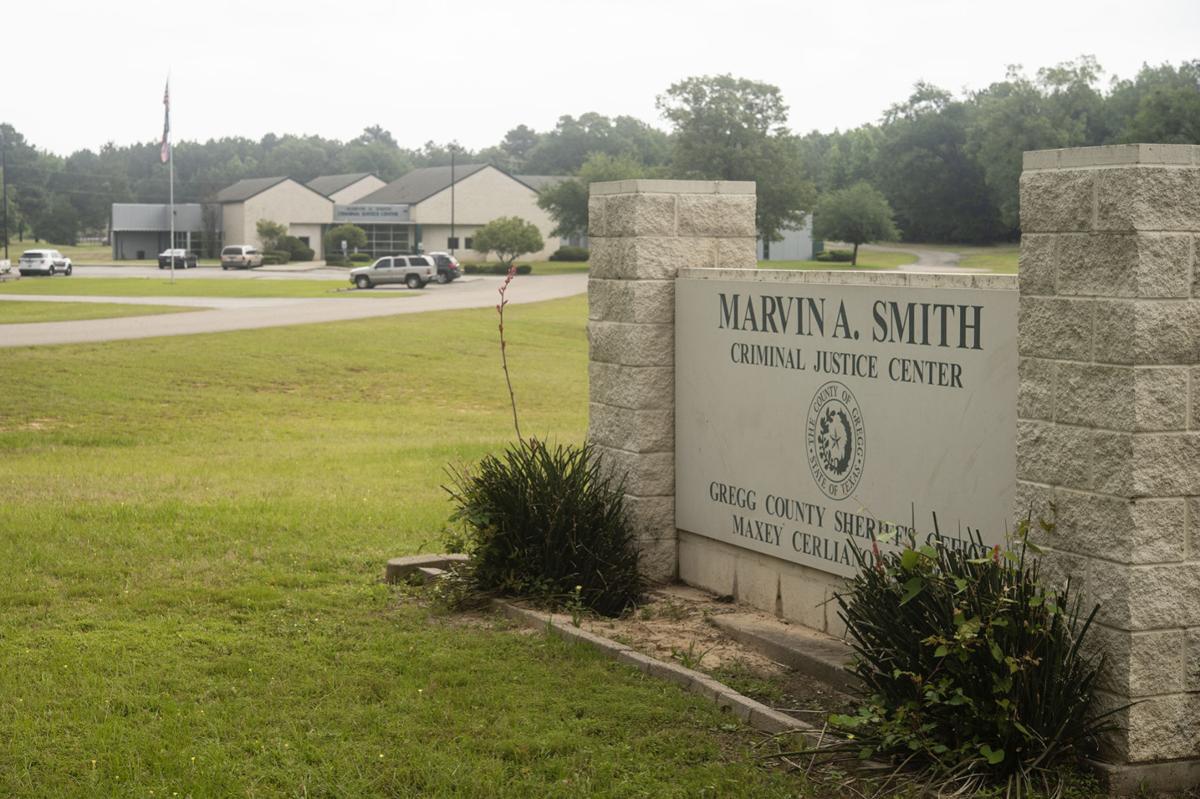 Gregg County’s Marvin A. Smith facility in Kilgore serves as a medical unit for inmates who test positive for COVID-19. 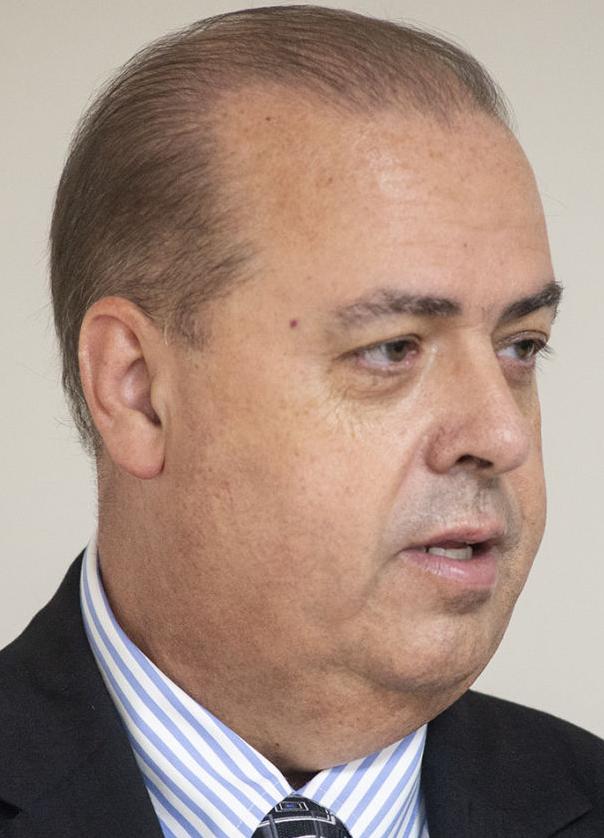 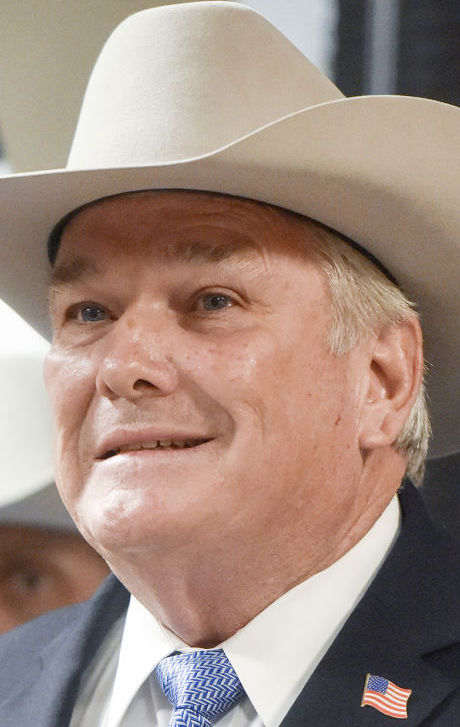 TYLER Editor’s note: Plaguing Prisons is an ongoing series examining how the coronavirus pandemic is impacting jails, prisons and the criminal justice system.

— As the COVID-19 pandemic was becoming a reality, Smith County Sheriff Larry Smith and Gregg County Sheriff Maxey Cerliano came up with a proactive plan to house up to infected 33 inmates at their facilities. The number seemed high 45 days ago when only one inmate had tested positive for the virus.

Now, 33 inmates and officers in Smith County alone have tested positive for the virus.

Smith said the speed at which the virus spreads in confined spaces and the lack of resources from the state and federal governments to test prisoners for COVID-19 and isolate those who are sick have created a strain at the Smith County Jail.

He said staffing is bare bones because of the number of positive COVID-19 cases, quarantined employees and prior jailer position openings that are not filled. Officers, who are trained to work inside the jail, have been moved from assignment at the Smith County Courthouse and annex building to make up for the loss of jailers.

Smith has been in constant contact with the Texas Commission on Jail Standards as the facility is having difficulties meeting the required one-to-48 ratio of jailers to inmates.

Even with the coronavirus outbreak, jailers still must conduct regularly mandated checks on prisoners, in addition to suicide watch monitoring.

“There’s a lot of working parts in the jail that the general public has no idea what has to happen in a jail at any given shift and at any given time,” Smith said.

Gregg County Sheriff Maxey Cerliano and Smith made an agreement ahead of any of their inmates contracting COVID-19.

The jail is continuing to follow a mitigation plan put into place March 18, but the only change is that masks now are mandatory, Cerliano said earlier.

That plan involves new inmates put in quarantine for 14 days before they are moved to population.

“We are constantly monitoring any signs, symptoms and temperature,” Cerliano said earlier. “Any positive inmates that have been exposed to other inmates, then they are checked. Everybody that enters the jail, whether staff members, inmates or arresting officers, all have a visual check and a temperature check. So all of those things have all been in place for quite some time.”

The Smith County Sheriff’s Office has requested state assistance to test all inmates and employees at both jail facilities. Smith said getting those tests has been a challenge.

“You have jails throughout the state that have positive inmates that they don’t know about,” Smith said. “For us to get out in front of this and cut the ones out of the group that are infected and reinfecting, we’ve got to know, No. 1 if they’ve got the virus. Until we can get timely tests, it does us no good because if we have a test that takes five days to get back, I can’t keep an employee out for five full days unless I know they’re positive.”

Smith and Gregg counties are No. 1 and No. 2 on the state’s list to have all inmates and jail staff tested, he added. The jail standards commission is also heavily involved in the inmate testing.

One of the worst obstacles when it comes to not having timely testing is the fact that many inmates or employees could have the virus but be asymptomatic, Smith said.

“It kind of makes you feel helpless because as I’ve said earlier, until we’re able to get timely tests and results, you’re beating your head against the wall. You’re reinfecting people because you have people that are walking around asymptomatic that are reinfecting until we can, as I put it, take the cattle out of the herd,” Smith said. “There’s no way you’ll ever have a healthy side and an infected side. It’ll be all co-mingled and reinfecting until we get timely results on these tests.”

Getting the state to come to Smith County Jail has been challenging, as well.

At first, the Texas Department of State Health Services told the sheriff’s office that officials would be at the Smith County Jail within 100 hours, but they did not come, Smith said.

A second group from the department couldn’t come because those employees did not have the proper training.

“So that’s the frustration I’ve had with the system. Don’t tell me you can do something if you can’t do it, number one,” he said. “But when you’re able to do it, we need help.”

More than a month after the first sign of a possible infection, the Texas Division of Emergency Management has stepped in, and Smith is working with the agency to determine how to have inmates tested soon.

These tests are expected to be administered by inmates on themselves under supervision, but there are unanswered questions on the testing process, Smith said.

After spending time in the Central Jail, Smith observed that most inmates are calm and looking forward to being tested.

As outlined in the agreement between Gregg and Smith counties, the first two inmates who tested positive for the virus were housed in negative pressure cells in Smith County.

On April 2, a Gregg County inmate with the coronavirus was moved to one of the cells. In late April, two Smith County North Jail inmates tested positive.

When the special cells in Smith County were filled, additional inmates with the virus were then transferred to Gregg County’s Marvin A. Smith facility in Kilgore, which was set up to serve as a medical unit.

Cerliano said the Marvin A. Smith Unit can accommodate as many as four female inmates and 27 male inmates with COVID-19. The other portion of the building is occupied by voluntary trusties who assist with jail operations, such as cleaning.

“He’s able to have the same continuity of care for both Smith County and Gregg County inmates,” Cerliano said.

If a greater level of care is needed, inmates are transferred to a hospital, he said.

When transferring inmates to the Marvin A. Smith Unit, officers and inmates wear personal protective equipment and the vehicle that is used is decontaminated, Smith said.

Smith said officers recently had to transfer an inmate to Marvin A. Smith and two recovered inmates back to the Smith County Jail.

“The simple thing to do would be to drop the one off and put the other two in the vehicle and bring them back. Well, we couldn’t do that,” he said.

After receiving two negative tests for COVID-19, recovered inmates from Smith County return to the Smith County Jail population, but that doesn’t mean they won’t be tested again to see if they become reinfected.

“It’s not a known fact at this point if people will be reinfected or not yet,” he said.

After mass testing of Gregg and Smith inmates, Smith said he expects Marvin A. Smith will reach capacity. Once that happens, a portion of the Smith County North Jail will be used to house infected inmates.

Smith also plans to have asymptomatic employees with COVID-19 in that part of the North Jail to deal with these inmates.

To reduce the jail population, some nonviolent misdemeanor offenders are being released on personal recognizance bonds, and some are receiving citations and a court date for minor offenses instead of jail time.

Smith said those accused or found guilty of committing more serious drug offenses are not being released because these crimes often cause violence.

“I’m not talking about a mere possession of marijuana. I’m talking about the distribution or manufacturing of a (drugg such as) cocaine, methamphetamine, heroin or whatever; it is classified as a violent crime,” Smith said.

Before being released into the general jail population, new inmates are held for 14 days in a separate area for quarantine to ensure they do not have COVID-19.

“You have people that don’t show signs as many as 21 days before they test positive once they’re infected,” he said. “Everybody is learning as we go about COVID.”

To reduce the possibility of someone infected by COVID-19 coming into the jail to visit an inmate, visitation has been stopped. Inmates have been given electronic tables to hold live video visits with those outside the jail.

To lower their exposure to COVID-19, deputies use personal protective equipment and dispatchers ask questions about whether those seeking the help of deputies are showing coronavirus symptoms before deputies respond to the scene.