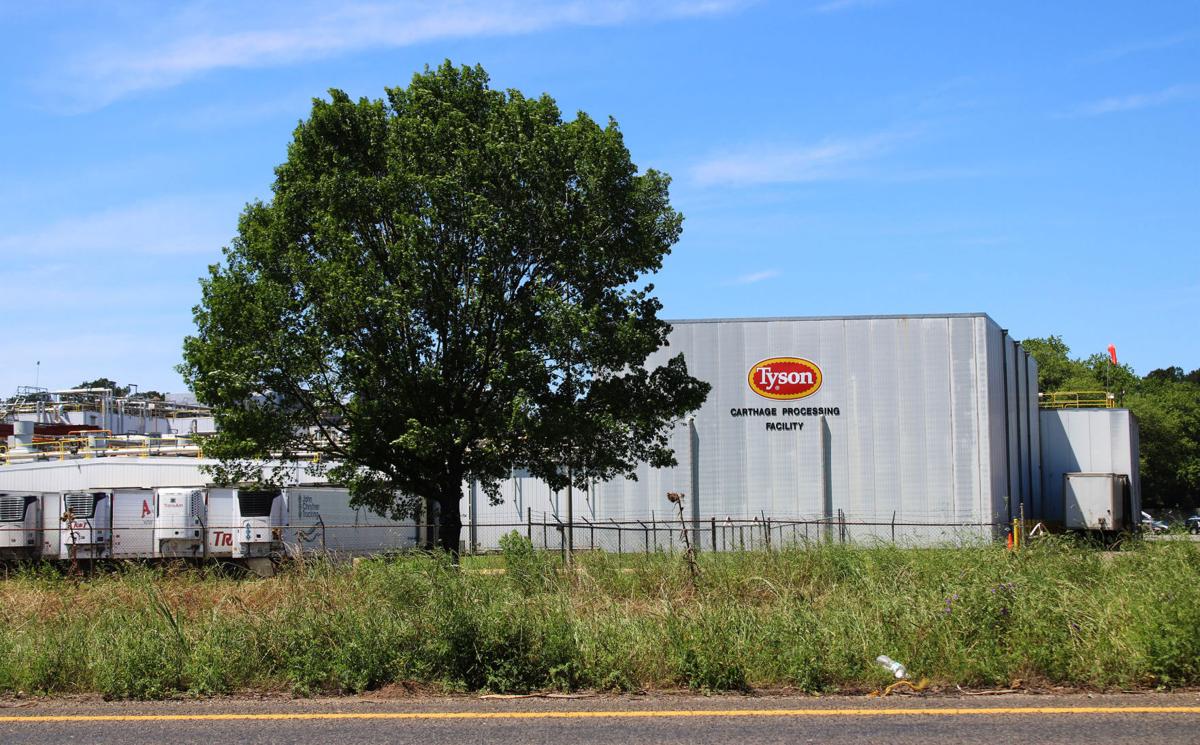 CARTHAGE — Employees at the Tyson Foods processing plant in Carthage that has been linked to a cluster of COVID-19 cases say they’re concerned because of safety measures that don’t go far enough and the high number of confirmed cases at the facility.

“People are scared to come to work,” said one employee, whom the Panola Watchman allowed to remain anonymous because she feared losing her job. “I know I’m one of them, but I have to because if I take off then I won’t have no income coming in. It’s just a mess over here. The fact that you’ve got to come, and if you don’t, you don’t get paid.”

Panola County Judge LeeAnn Jones confirmed this week that 22 employees at the Carthage plant have tested positive for coronavirus. Of those 22 employees, Jones said 13 are Panola County residents.

Panola County has recorded 164 total COVID-19 cases and seven deaths, Jones said Wednesday. None of the deaths in the county have been linked to the Tyson plant.

Elsewhere, the Tyson plant in Shelby County has been connected to 56 coronavirus cases , according to The Nacogdoches Daily Sentinel.

“Given the high volume of meat and poultry processed by many facilities, any unnecessary closures can quickly have a large effect on the food supply chain,” Trump’s order said.

Tyson, in a statement, said its workplace safety efforts are “significant and strictly enforced at all locations.” The company declined to provide numbers or locations about COVID cases, including at the Carthage plant, because it said the situation is ever-changing.

However, the company said if a case is confirmed at a location, anyone who has been in close contact with the person is contacted. The company says it also informs team members who have not been exposed and provides information to supervisors so they can answer questions.

The company said it has implemented social distancing based on Centers for Disease Control and Prevention and industry guidelines, including increasing distance between workers on the production floor, installing workstation dividers, installing barriers in break rooms and erecting tents outside to serve as break rooms so employees have more space. The company also said it has installed infrared temperature scanners and given facial masks to employees to wear at work.

“Our plant production areas are sanitized daily to ensure food safety, and we have significantly stepped up deep cleaning and sanitizing of our facilities, especially in employee break rooms, locker rooms and other areas to protect our team members,” Tyson spokesman Worth Sparkman said. “As an added precaution, we may sometimes suspend a day of production to complete an additional deep clean of facilities.”

Employees at the Carthage plant say safety steps such as social distancing barriers and outdoor break rooms have been put in place. But they also say the sanitizing measures at the plant are not enough.

“A lot of people have just quit coming (to work) and either they’ll come for a while and then they’ll stop,” she said. “It’s just bad out here. Sanitation’s supposed to clean up on ... Wednesday and the weekend... That’s not enough to do sanitizing. They need to shut this place down for a week and clean it up.”

Another employee, who also was allowed to remain anonymous because of fears she would lose her job, said she was concerned about earlier reports that only confirmed five cases at the plant. (Jones, the Panola County judge, confirmed the 22 cases Wednesday after meeting with Tyson officials Tuesday.)

The employee said she was concerned for employees who have to go to work every day despite the health risk.

“They are acting as if this virus isn’t serious, and they are putting people’s lives in jeopardy expecting everyone to still come to work,” she said.