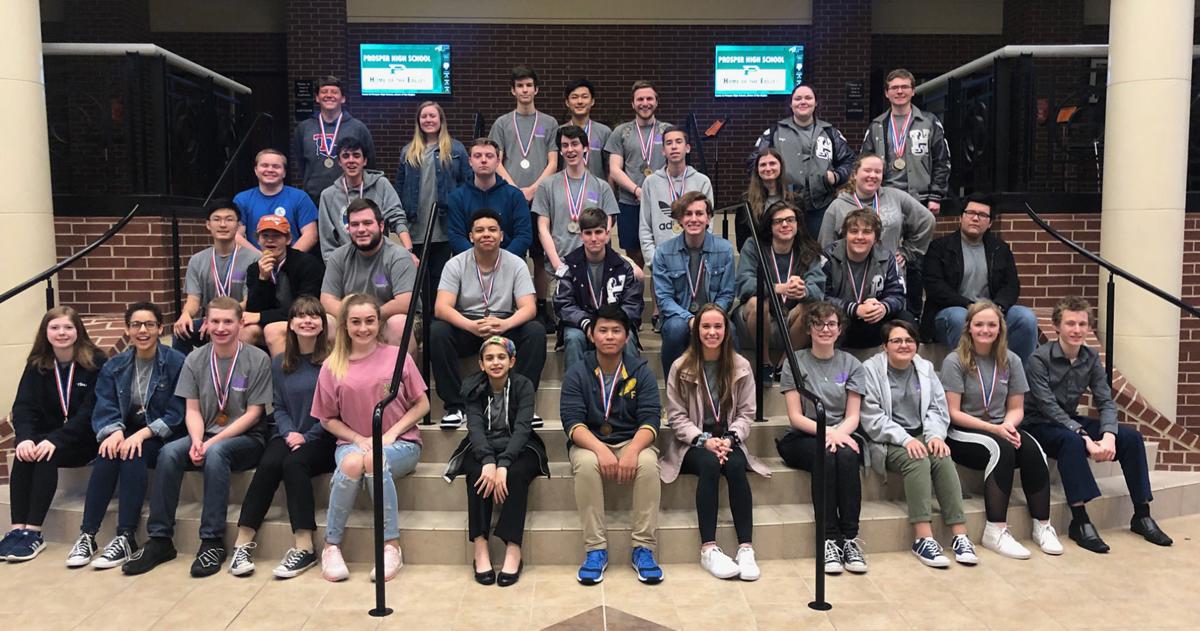 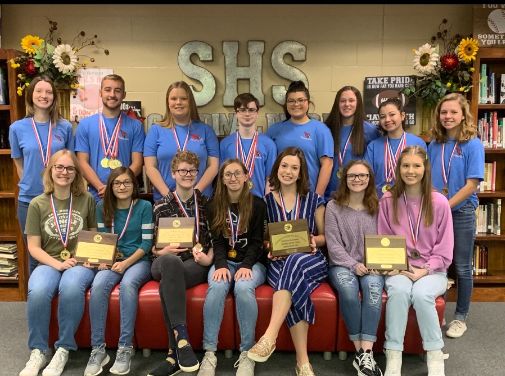 Sabine High School senior Scottie Taylor is hoping that by the time he returns home two weekends from now, he’s the owner of three gold medals.

Taylor’s not new to the state meet; this is his fourth year in a row to compete. In his sophomore year, he won fifth place in calculator applications, and in his junior year, he won third place, and his team has won the event since his freshman year.

He also was on the winning math teams his sophomore and junior years, and last year was on the first-place number sense team.

Taylor this year will compete in number sense, calculator applications and mathematics.

“I started working since I was a freshman in the class period we have. I’ve worked my way up slowly, and my personal goal is to win all three events and have three gold medals,” he said. “We work really hard and just teach the kids that once you get to the state meet, as long as you do your best and get beat it’s OK, you can live with it.”

Sabine’s UIL academics coordinator, April Washburn, said the team is made up of about 100 students, which is fairly large for a 3A school.

Her students have competed in an average of five to 10 invitational meets this year to prepare for district and regional contests in hopes of defending its state championship title. Since winning the 3A Region II meet, something the team did not accomplish on its road to state last year, the team has added competing in online virtual meets to its usual practice.

“I’m nervous, but I’m confident in these kids,” she said. “You don’t want to be overconfident, but this is a great group of kids. They work really hard, and I’m really proud.”

The team advanced a record 26 students, with one achieving a perfect score on the accounting test, Branson said.

Senior Garrett Bell scored a perfect 420 on the regional accounting test after losing an accounting competition at district for the first time.

“It really kicked me into shape, and I worked even harder,” Bell said. “And for that to happen was a great accomplishment.”

This will be Bell’s second state competition. Last year, he won first place in accounting, and his accounting team won second. This year, he is hoping to not only be the individual champion, but for his team to get first place, too.

To prepare, Bell said his teacher has printed out just about every state accounting test in the 2000s, along with other notes, and the team has been studying and working on the practice tests.

“This year (the goal is) definitely to win state, no doubt about it,” Branson said. “I hope we have at least two state champions out of a couple of events.”

The team works from August to April, Branson said. The students can work during one class period every day, and many students stay after school until 5:30 p.m. two or three days a week.

Ashlyn Wright, a Sabine High School senior, will be competing in her first state meet this year after placing first in ready writing at the regional meet.

“I’m pretty nervous, because I know it will be harder than what I’m used to, but I’ve been reading a bunch of state prompts so far to get used to the length,” Wright said. “We all in ready writing, we kind of feel we go in there, give it our all, and if we don’t do so well, we still know that at least we gave it our all.”

She said she hopes “giving her all” will lead her to placing in the top six and winning a medal at the state competition.

Bell said he hopes he can be part of a state champion team at Hallsville to top off his senior year.