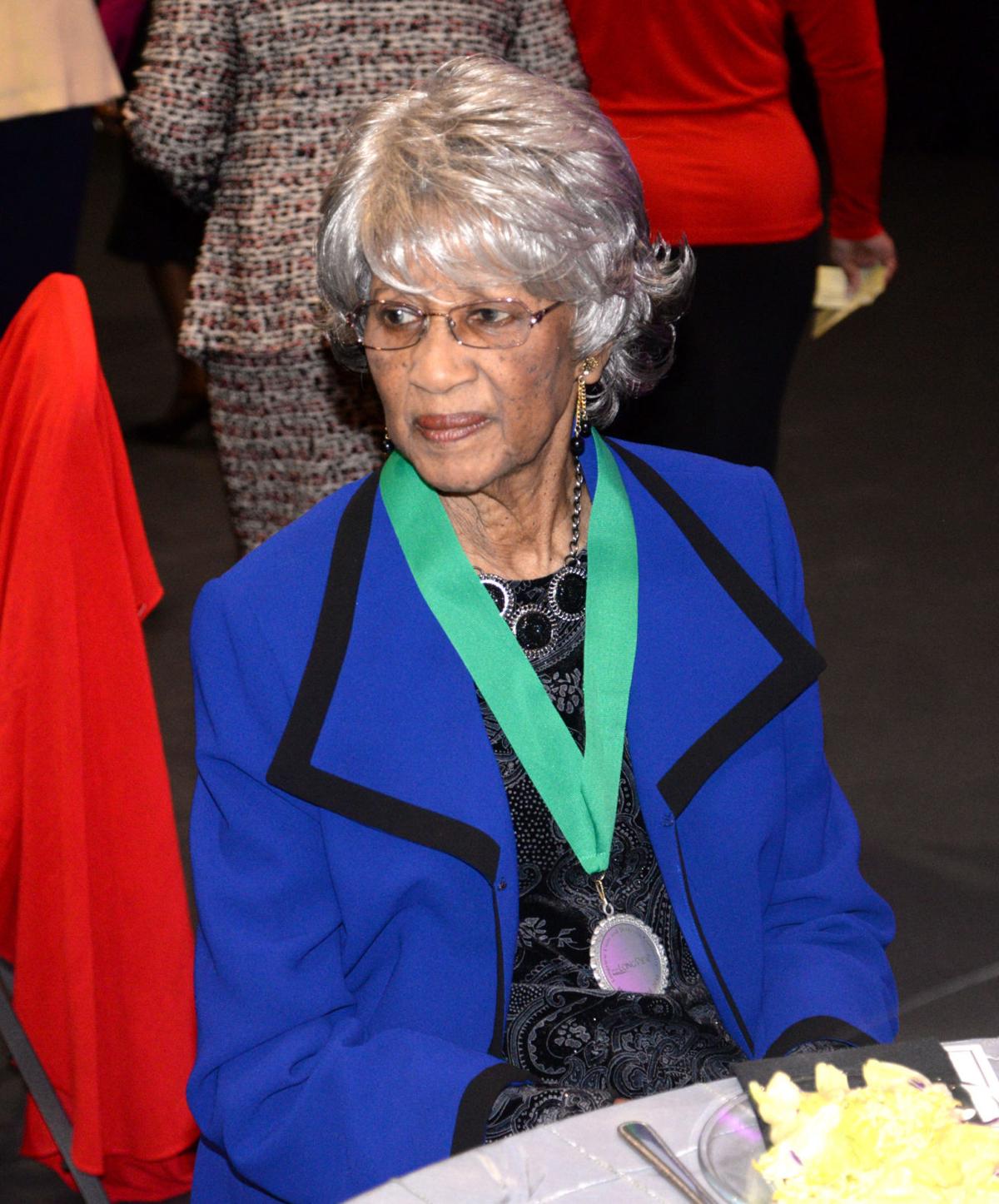 Armatha Barryer Banks was presented the Unity Award on Janaury 29, 2015, during the Unity Honors Luncheon at Maude Cobb Convention and Activity Center in Longview. 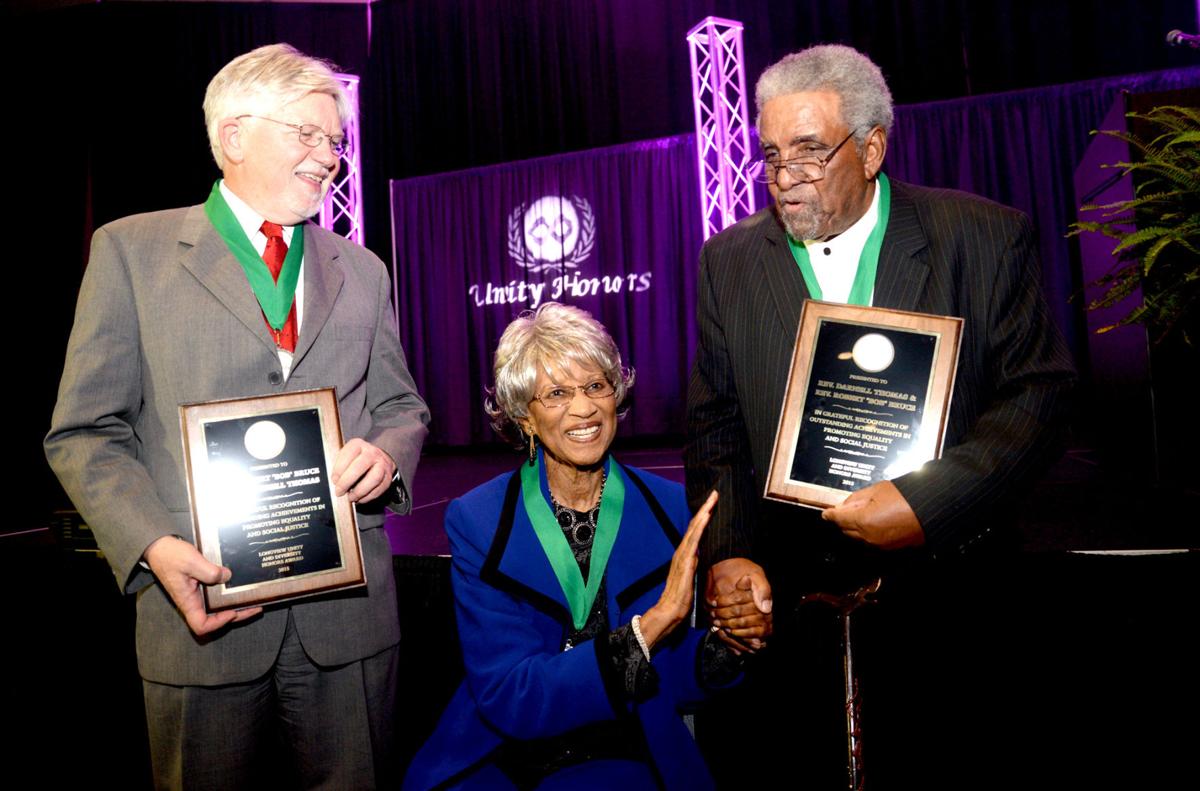 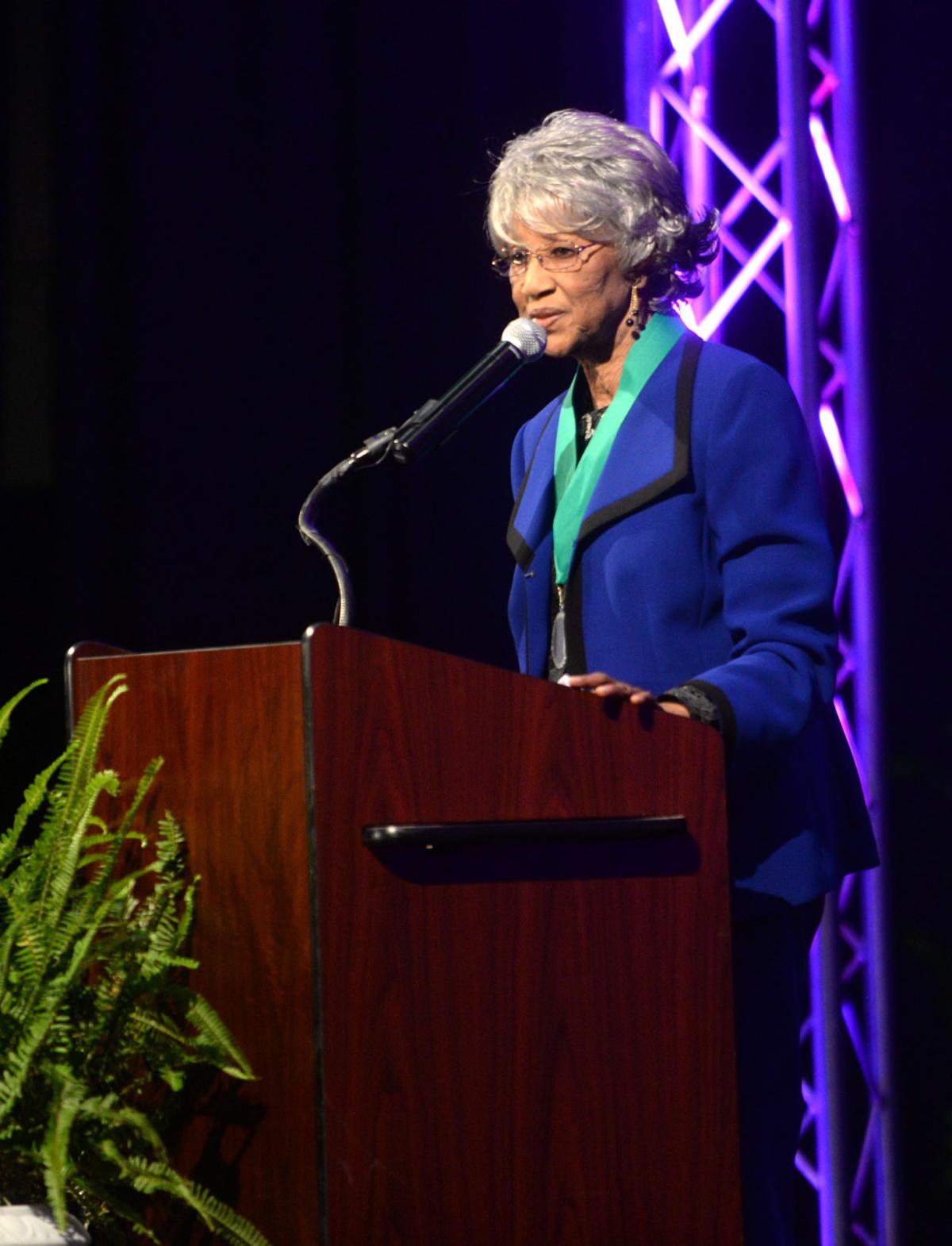 Armatha Barryer Banks was presented the Unity Award on Janaury 29, 2015, during the Unity Honors Luncheon at Maude Cobb Convention and Activity Center in Longview.

A soft heart and a steel spine served Armatha Barryer Banks well as she stood up for justice from the civil rights era to voter registration drives in recent election cycles, family members and longtime friends recalled at her passing.

“At her home in Longview, when anybody was feeling down, they said, ‘There is always a sweet spirit in this house.’ And they always left feeling better,” Banks’ only child, Freddie Williams of Shreveport, said Thursday, two days after her mother died at age 92. “She taught me to care about others. Her famous words were, ‘Do unto others as you would have them do unto you.’”

Banks, a 2015 Unity Honors recipient, was something of a quiet icon in Longview.

The Beckville-area native spent her childhood on a 130-acre farm in Panola County before her family moved to Longview, where she led sit-ins and bus rides during the 1960s after earning her bachelor’s degree in home economics at Texas College in Tyler.

Work as a dietitian for a public school in New York City preceded her permanent return to Texas, where she undertook a similar position at Doctors Hospital in Dallas. But she always kept a foothold in Longview while living elsewhere.

“She stayed engaged in what was going on, because this is home,” her Lilly Street neighbor and family member, Kasha Willams, said of Banks, whose daughter is married to Williams’ uncle. “This is where her passion lay.”

Banks returned to Longview for good in 1991 to comfort her mother after her father died.

The daughter of Fred J. and Gertie Deckard Barryer, herself widowed when her daughter was an infant, Banks emulated her mother in self-sufficiency and love of family.

“She was like my mother,” Banks’ last surviving sibling, Thelma J. Barryer Carr, observed. “She was the matriarch of the family after my mother passed. She believed very strongly in family — family, family, family.”

But Banks was no softy, and her mind was a tight drum when it came to organizing against oppression. Freddie Williams said her mother would round up teens to go buy goods at the grocery store.

“And somebody said, ‘Mrs. Banks. Why are we here buying stuff, and there’s a (lunch) counter and we can’t use it?’ “ Freddie Williams said, recalling that lunch counter abruptly closing when the young black customers took their seats. “We’d get on the bus, and fill it up, and go to the next stop and (get off and walk) to the next stop. And the lady would say, ‘Did I just pick you up?’ And she said, ‘Yes, you did.’ And she was in contact with lawyers in case they did get arrested — that was all taken care of. But, as far as I remember, nobody ever got arrested.”

It probably was good sense advising local authorities against stepping on Banks’ toes.

Vik Verma, who worked with Banks on local political campaigns from 2011 through 2014, recalled his friend’s description of lunch-counter sit-in strategy.

“In order to avoid being arrested — because, they’d arrest you for loitering — you would step outside the store and walk back in,” Verma said, noting that Banks was 85 years old when they corroborated on the first City Council campaign for Kasha Williams and was 88 years old on the last one.

“She wasn’t just doing it back in the day,” he said. “She was doing it most of her life. ... She was, quite frankly, one of the most indestructible people I know.”

Verma, who moved to Wisconsin last year after many years in a lead role among Gregg County Democrats, said he had decided during the 2014 election cycle not to trouble the aging volunteer. That is, until their mutual friend, Madolyn Scott, brought word from Banks.

Voting was important enough to Banks that she set up a voter registration table for a month at Jerusalem Apartments in 2012.

”I’m proud to call her my friend,” Verma said. “I’m proud to have worked with her on many projects and grateful for everything she’s done for Longview — particularly with regard to the cause of civil rights.”

Kasha Williams came up emulating Banks’ spitfire defense of equal rights — for all.

“She would tell us, ‘You can’t just sit out on the sidelines. You have to have a plan,’ “ the multiple-term former Longview councilwoman said. “Voter registration was huge to her — that was her thing. She did that till she couldn’t do it anymore.”

And she pondered what made Banks so passionate for justice.

“I think she was born that way,” she said. “I think it’s the family, the legacy in the family and the things she saw as a young person growing up in the South and her education — all of those things are what sparked her to equality and civil rights issues. ... She was watching the news 24/7 and knew what legislation was going on.”

Services for Banks are set 11 a.m. Thursday at St. Mark’s Christian Methodist Episcopal Church, 1100 Sapphire St., where Banks worshipped for many years. Burial will be in Shiloh Tabernacle Cemetery near Beckville. Family visitation had not been set by Friday.

In lieu of flowers, the family asks for donations to the Shiloh Tabernacle Cemetery in Panola County sent in care of Freddie Williams at 2406 Lilly St. in Longview, 75602.

“She was such an active person and a vibrant part of the community,” her sister Carr said. “And she will really be missed.”