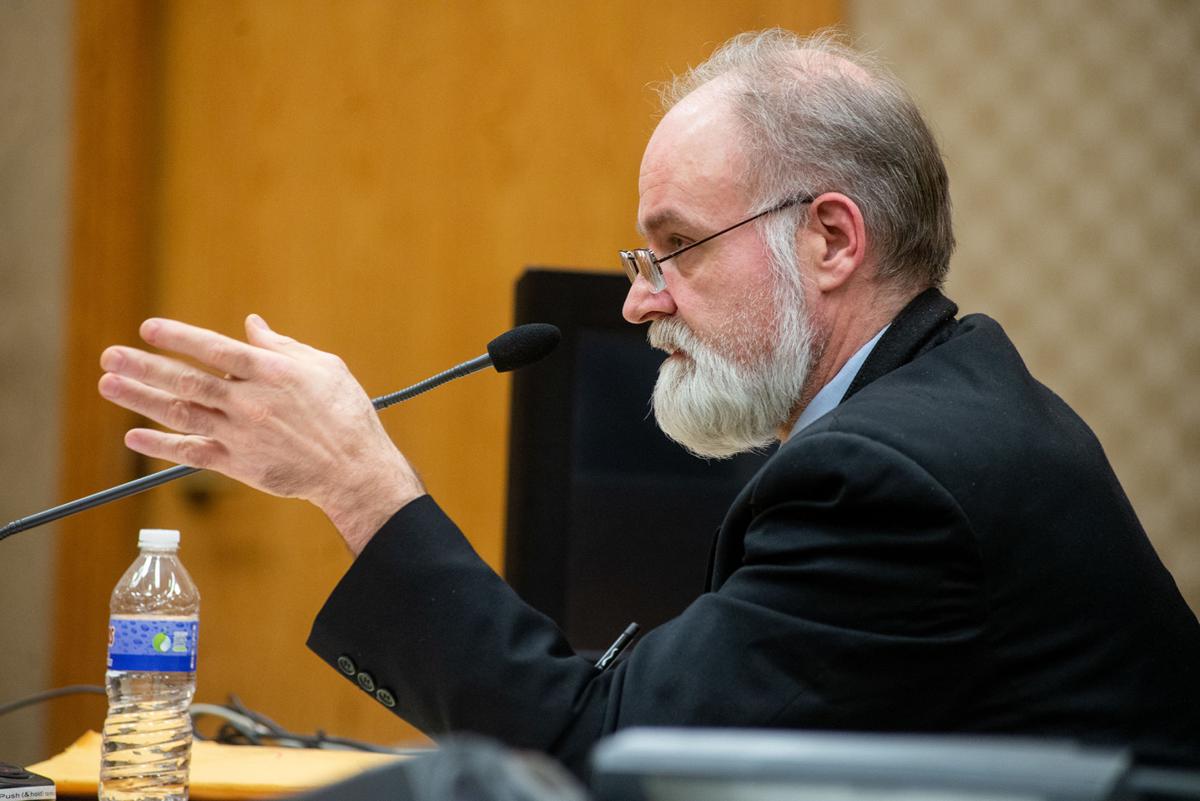 Michael Sampson represents himself in a trial in which he is accused of burglary on Tuesday, July 16, 2019, in the 124th District Court at the Gregg County Courthouse. The jury took about an hour Wednesday to find Sampson not guilty.(Michael Cavazos/News-Journal Photo) 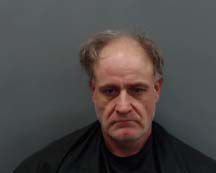 A jury in Longview took about an hour Wednesday to find a man representing himself in a burglary trial not guilty.

Michael Edward Sampson picked apart elements of the state’s case during one day of testimony Tuesday, and he brought home each of his points during his closing statement to jurors Wednesday morning.

Sampson was tried for the Sept. 27, 2018, burglary of 41 items, including jewelry, watches and laptops in varying stages of repair, from a downtown Longview apartment at Tyler and Green streets.

Despite his hyperbole, Sampson faced two to 20 years in prison if convicted of the second-degree felony.

Representing himself, with court-appointed attorney Brandon Winn as his second-chair adviser, Sampson raised at least nine points he said were holes in the prosecution’s case. Chief among those were his contention that prosecutors failed to identify him as a man seen on video casing the apartment and the lack of physical evidence tying him to the crime.

“Where’s the gun in the house that the suspect touched?” Sampson asked, referring to a long gun that the resident who discovered the burglary said had been moved from a closet to another room. “One fingerprint would be enough to place me in that apartment, but they can’t produce one print. ... Somebody torpedoed the only (exculpatory) evidence I had in that house. ... They didn’t want to find the gun, because they’ve got their victim. They’re not seeking justice, as they’re supposed to.”

The man on the video was not wearing gloves. That man, whose full face was not on the video, also had reached above the door as though checking for a key.

That little shelf also was not dusted for prints, nor was anything in the burglarized home.

District Attorney Tom Watson said after the verdict that he respects the jury’s decision.

“There were some issues with the case that they believed created a reasonable doubt,” he said. “This is why we do this job, not to convict, but to see that justice is done. The defendant has a right to a fair trial, and that is what we gave him based off the evidence that we had.”

Gregg County Assistant District Attorney Monica Strickland, who tried the case for Watson, had argued to the jury that Sampson was trying to distract them.

She also pointed out Sampson has since grown out his silver beard.

“That’s why people grow out beards after a crime occurs,” she said.

Forty-one items, including three laptops and a Yeti cooler were taken in the burglary. Longview police said the burglar made off with the items in a roughly 3-foot-by-2-foot red suitcase.

Winn had set a Yeti cooler, which was the size of a small overnight bag, in sight of the panel.

“The jury (later) said they got my point, which was the Yeti didn’t fit,” into the red suitcase with the laptops and other stolen gear, Winn said.

Winn’s client still faces a felony drug charge, leveled about a month before the burglary. The count is possession of less than 1 gram of a controlled substance.

“As far as the drug charge goes, we will pursue that just like we do every case,” Watson said.

Sampson was taken back to jail after his win on the burglary count.

“He was really happy, very elated,” Winn said, adding it had been an education representing the Longview native, who also has three patents pending with the U.S. Patent and Trademark Office. “I’ve never done this. It was like trying to instruct someone in open-heart surgery on the fly. The jury agreed with him.”

Video of the burglar leaving the crime scene was somehow corrupted or erased and was not shown to jurors.

Sampson had been drawn into the crime by a man who sold a watch and a ring from the home at a Longview pawn shop. That man, Rickie Lynn Williams, said he knew Sampson, and Sampson said Wednesday that Williams was dating Sampson’s ex-girlfriend.

Williams had testified Tuesday he had received the stolen goods from “Cowboy,” claiming that is Sampson’s nickname.

“My name’s not Cowboy,” Sampson said. “It never has been and never will be.”

Longview Detective Suzzanne Hardy also had testified she’d vaguely recognized the man in the video and knew for sure that was Sampson once she saw him.

“This guy in the video had dark hair,” Sampson, who has thinning brown hair, said Wednesday. “There’s no reliable witness or (recovered) merchandise other than what Rickie Williams pawned.”

Williams had identified Sampson as the man who delivered the stolen items to him, both from a police photo lineup and in court Tuesday.

“Nobody said I was at the apartment complex,” Sampson said. “No one saw me, nobody. That’s reasonable doubt, at least. There’s no, virtually no, scrap of physical evidence.”

He told the jury that investigators could have used global positioning satellite technology to track down two Apple computers stolen in the crime but didn’t.