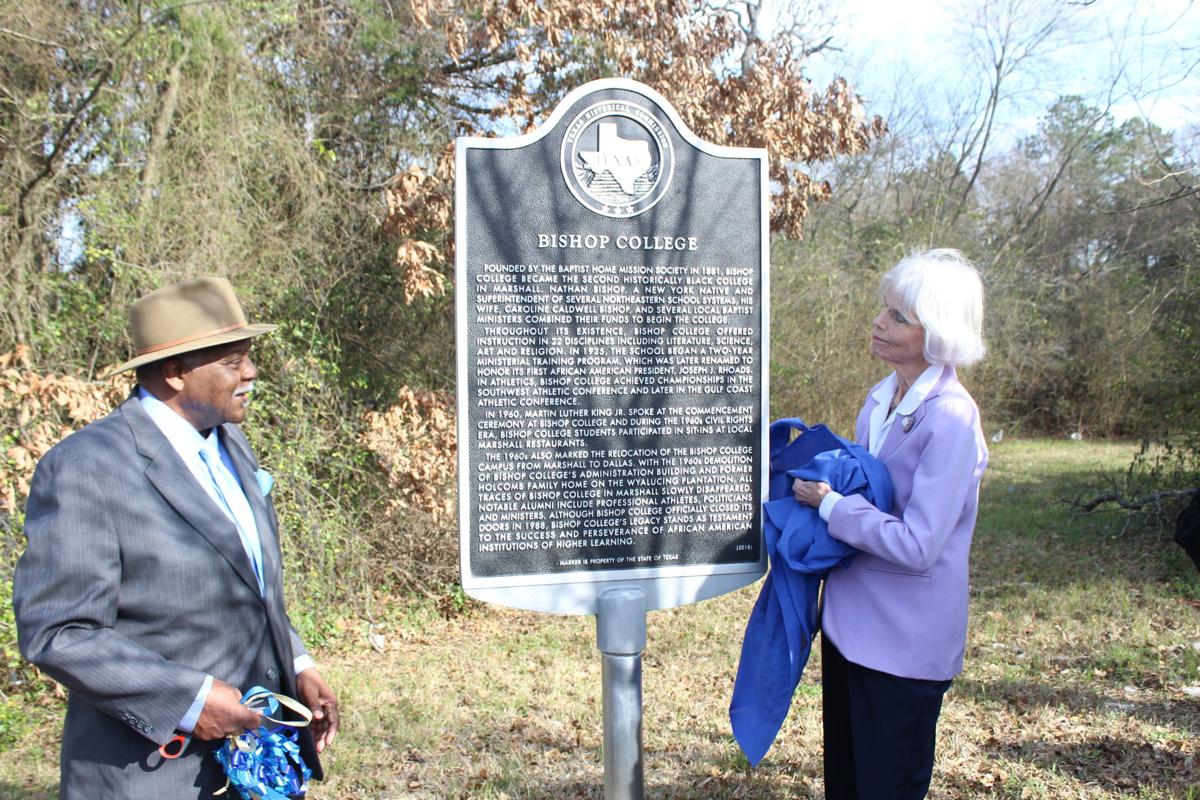 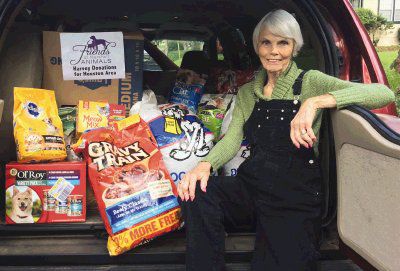 Marshall City Commissioner Gail Beil sits in 2017 with a truckload of pet food donated by locals at Serenity Salon and Spa and picked up by Friends of Marshall Animals to go to Houston with Beil on her mission to help residents affected by Hurricane Harvey. Beil, who had resigned from the city commission in November, died Wednesday at age 81. 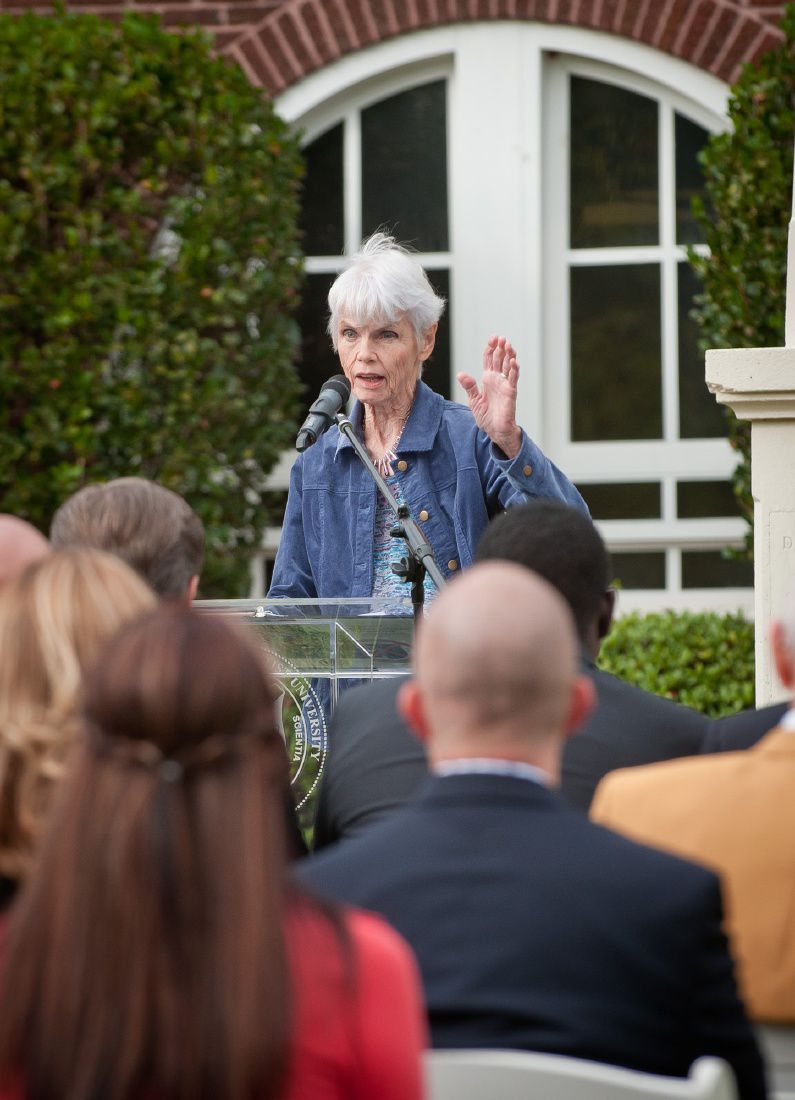 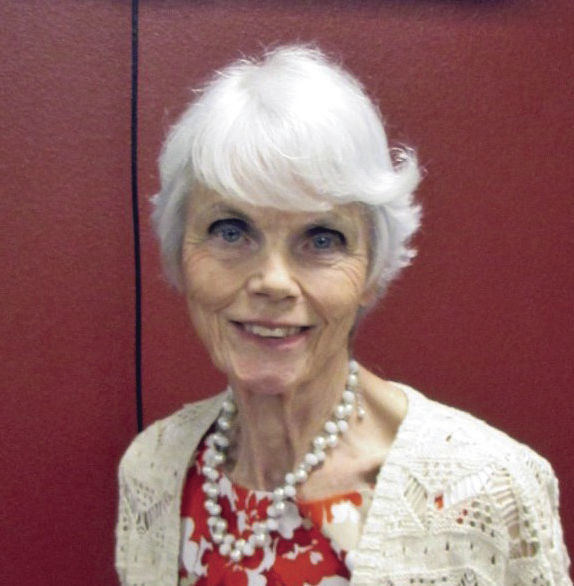 Marshall City Commissioner Gail Beil sits in 2017 with a truckload of pet food donated by locals at Serenity Salon and Spa and picked up by Friends of Marshall Animals to go to Houston with Beil on her mission to help residents affected by Hurricane Harvey. Beil, who had resigned from the city commission in November, died Wednesday at age 81.

MARSHALL — Those who knew and loved former Marshall City Commissioner Gail Beil remember her as a notable historian, passionate journalist and committed public servant who loved her city and the people in it.

Beil died Wednesday at age 81. A celebration of life is set for 3 p.m. Feb. 15 at First United Methodist Church in Marshall.

“She was a remarkable woman, who gave of herself to the betterment of our community,” Mayor Terri Brown said as she led a prayer for Beil’s family during the city commission meeting Thursday.

“She was kind, generous and will be missed dearly by all who loved her,” Brown said.

City officials said Beil, who served on the commission from 2017 to 2019, carved a lasting mark on the community through her professional work and civic activities.

“Gail Beil was a force of nature who cared for Marshall with all her heart,” Latham said.

He said he noticed her passion the moment he met her.

“I met her on my first day on the job and quickly understood that she was a unique and driven individual,” Latham said. “If she wanted something done, it got done.”

HistorianAs a historian, Beil played a pivotal role in documenting not only the history of the city, but also Harrison County.

“If you’ve seen a historical marker in Harrison County, chances are, Gail Beil has had her hands all in the workings of getting it made — sometimes single-handedly,” said Bill T. Whitis, chairman of the Harrison County Historical Commission.

As chairwoman of the commission’s historical marker committee, Beil always went above and beyond her call of duty, Whitis said.

“She took it upon herself to research and write the essays necessary to submit the paperwork to the state,” he said. “Normally that falls upon the person or group wanting to get the marker made, and Gail would step up immediately and say, ‘I’ll do it,’ because she loved doing that.”

Because of her diligence in preserving history, which consisted of researching and writing text for more than 30 historical markers in the Marshall community, Beil was given the highest honor in the East Texas Historical Association, becoming a fellow in 2013.

Beil also had won a TV Emmy for her contributions to the award-winning PBS series “Marshall Texas, Marshall Texas,” a documentary by Marshallite and renowned PBS journalist Bill Moyers on segregation and integration.

As a past president of the historical association, she also was instrumental in forming the association’s Lucille Terry Award and played a key part in starting the annual history breakfast.

“She pursued any piece of history she felt needed to be brought to light,” Whitis said. “She didn’t care about political, cultural, social boundaries. She moved to ensure that history stays alive.”

The debate team honored her in 2015 with the Denzel Washington Team Support Award.

Then-Coach Christopher Medina said at the time that the team members considered her another mother, always cheering them on, opening her home and traveling to every function.

As a former Pi Kappa Delta national tournament championship winner in the 1950s and biographer of famed civil rights leader James Farmer — a member of the award-winning 1935 Wiley College debate team, Beil provided the best link to the history of the Great Debaters, Medina said.

She met Farmer for the first time in 1983 during the filming of Moyers’ documentary and maintained a connection throughout the years.

In 2017, Beil advocated for a statue to be erected on the west side of the courthouse to pay homage to the legacy of Farmer, a Marshall native.

Other effortsBeil was a charter member of the Marshall/Harrison County League of Women Voters for 50 years, was an advisory board member for National Public Radio and had served on several committees for the Harrison County Historical Museum. She had been a member of its board of directors since August 2018.

“Gail was directly involved in the acquisition of the permanent home of the (Harrison County Historical Museum) Library/Research Center,” said Becky Palmer, director of the museum.

“This makes our history more valuable to researchers nationwide,” she said. “Gail forged relationships to nationally known historians, which created interest in our local history.”