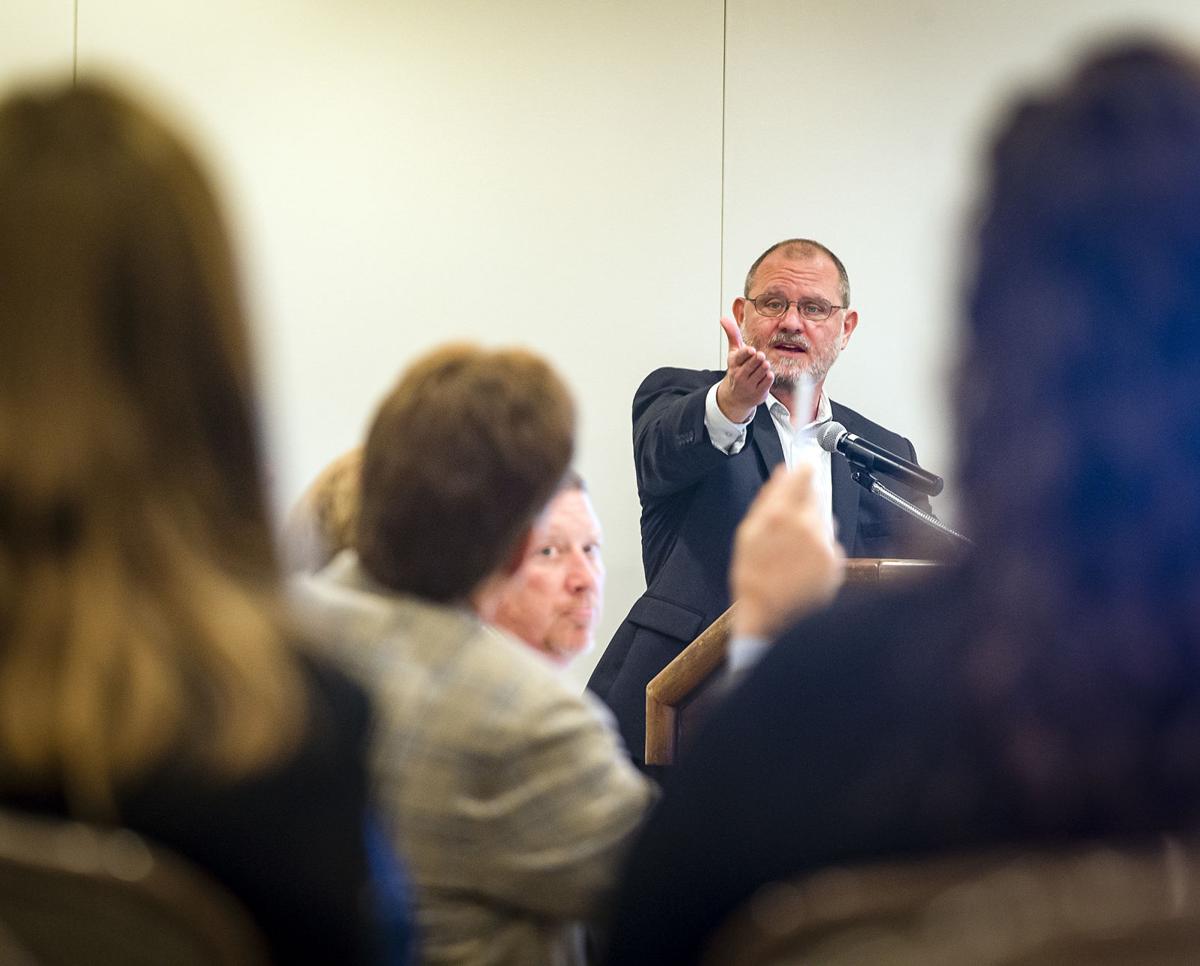 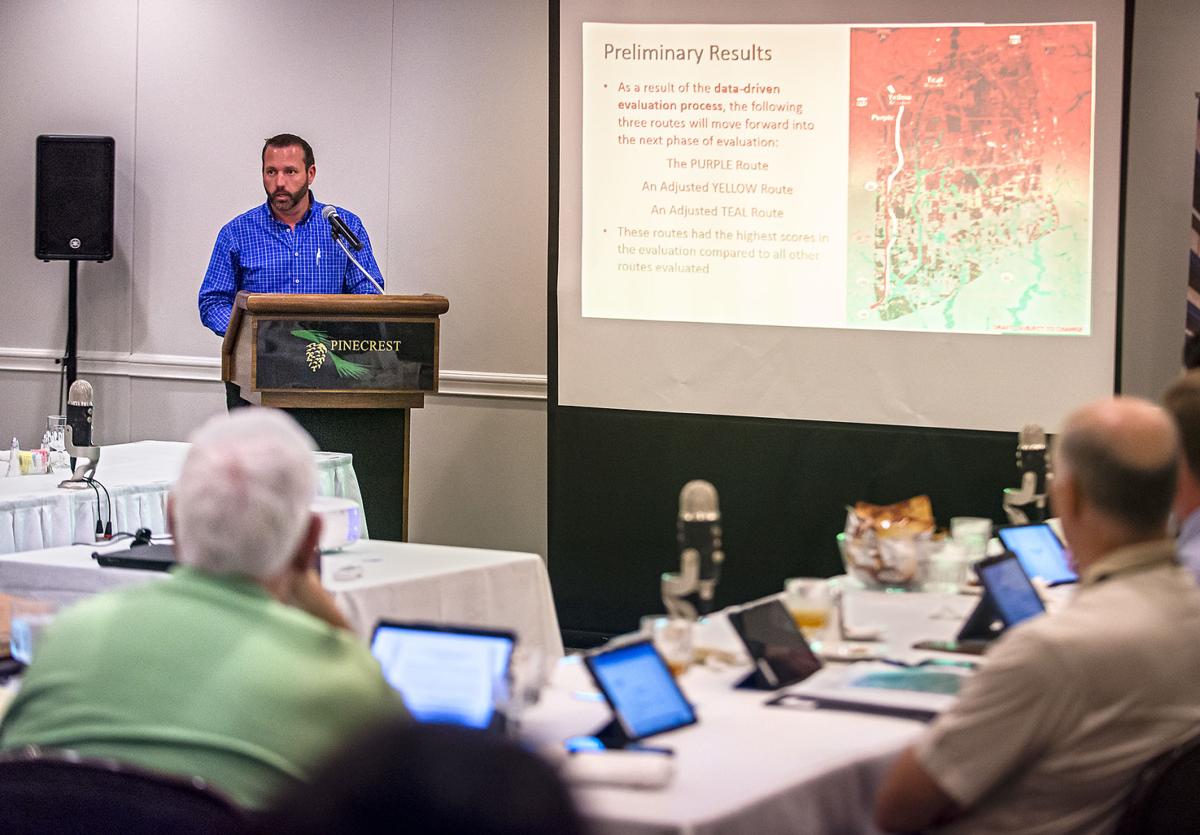 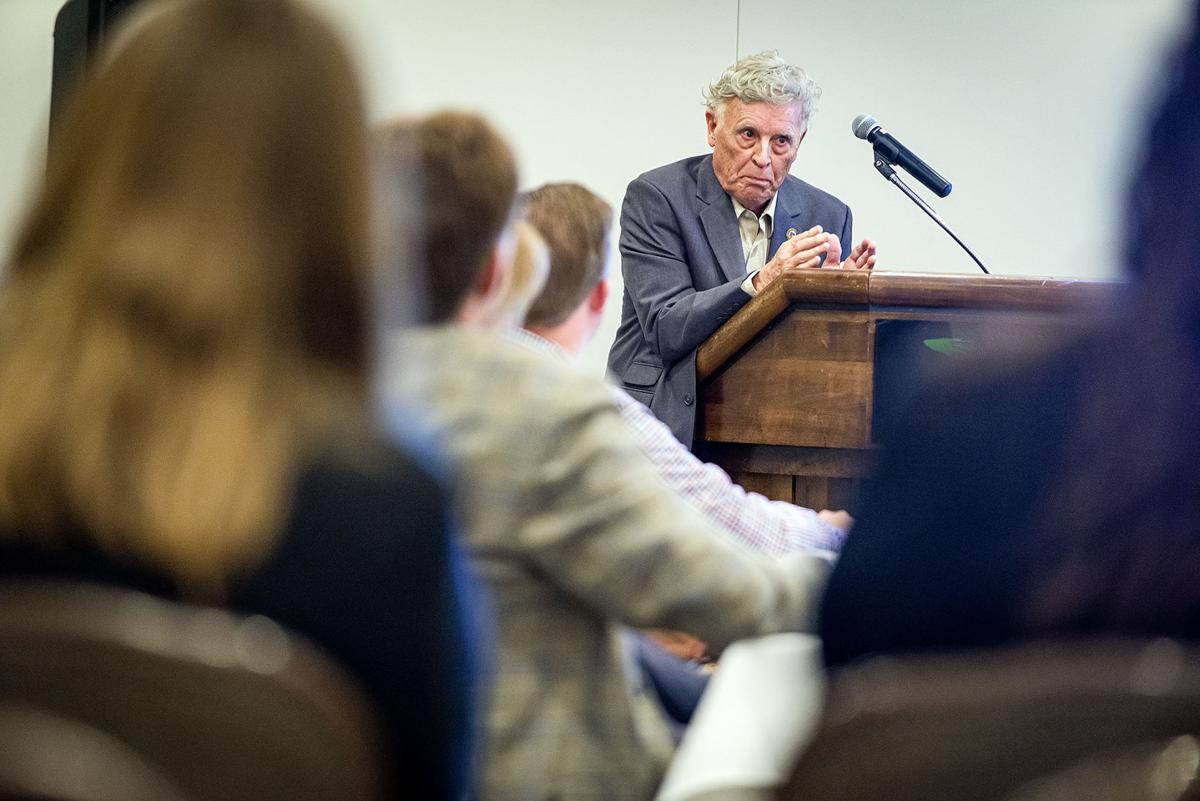 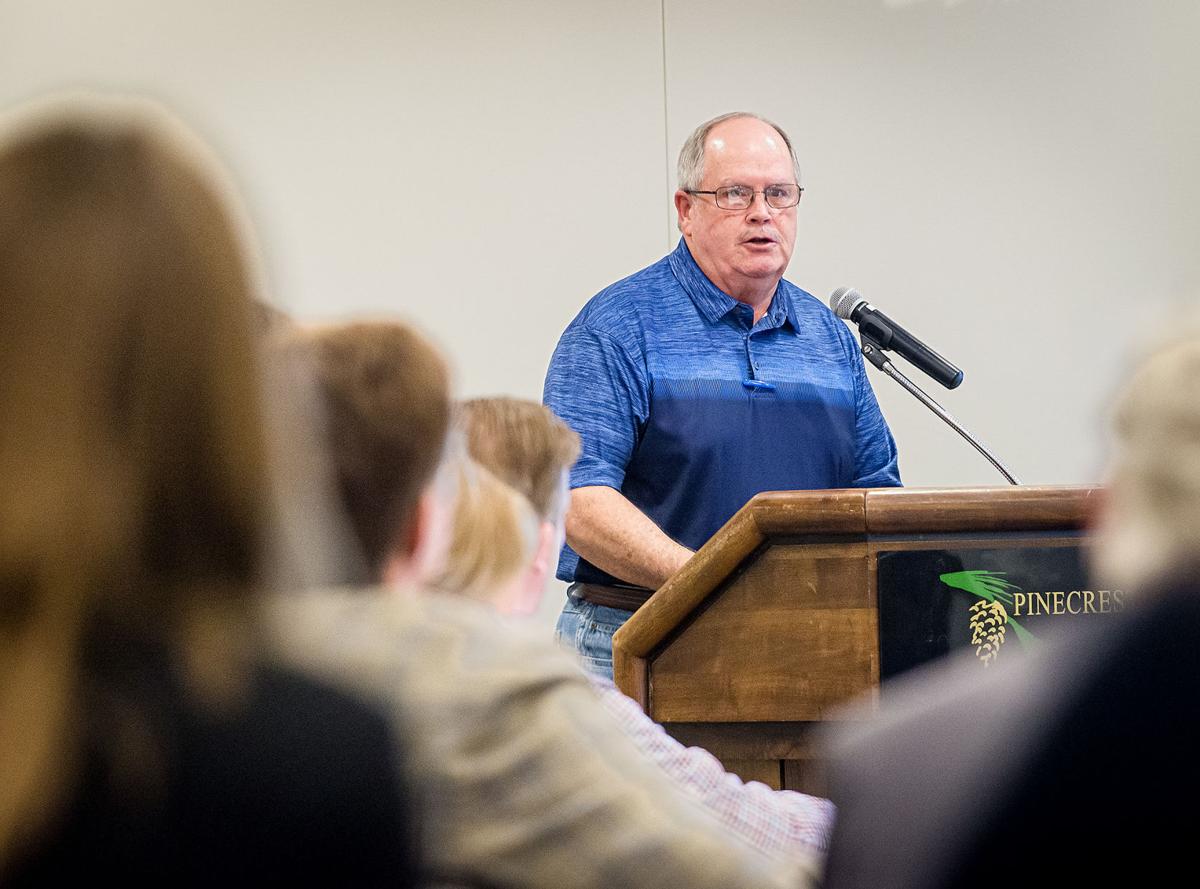 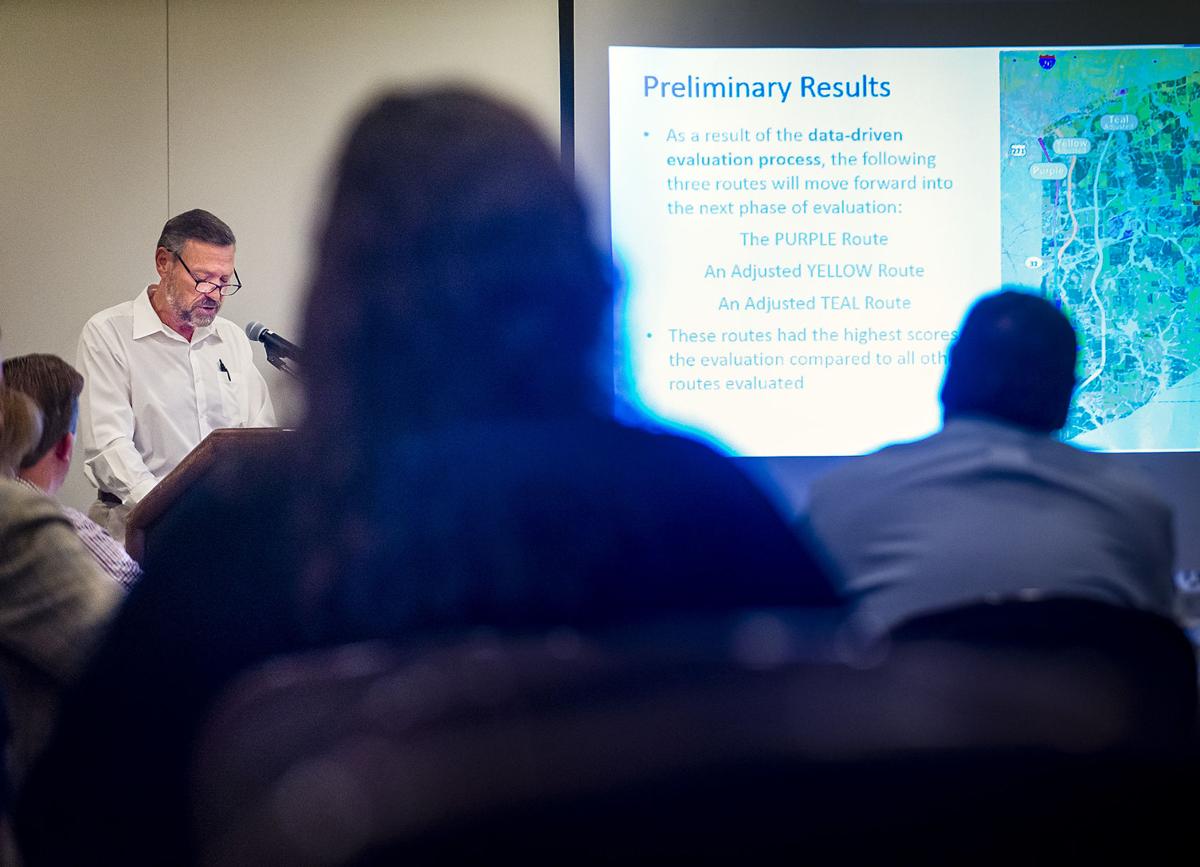 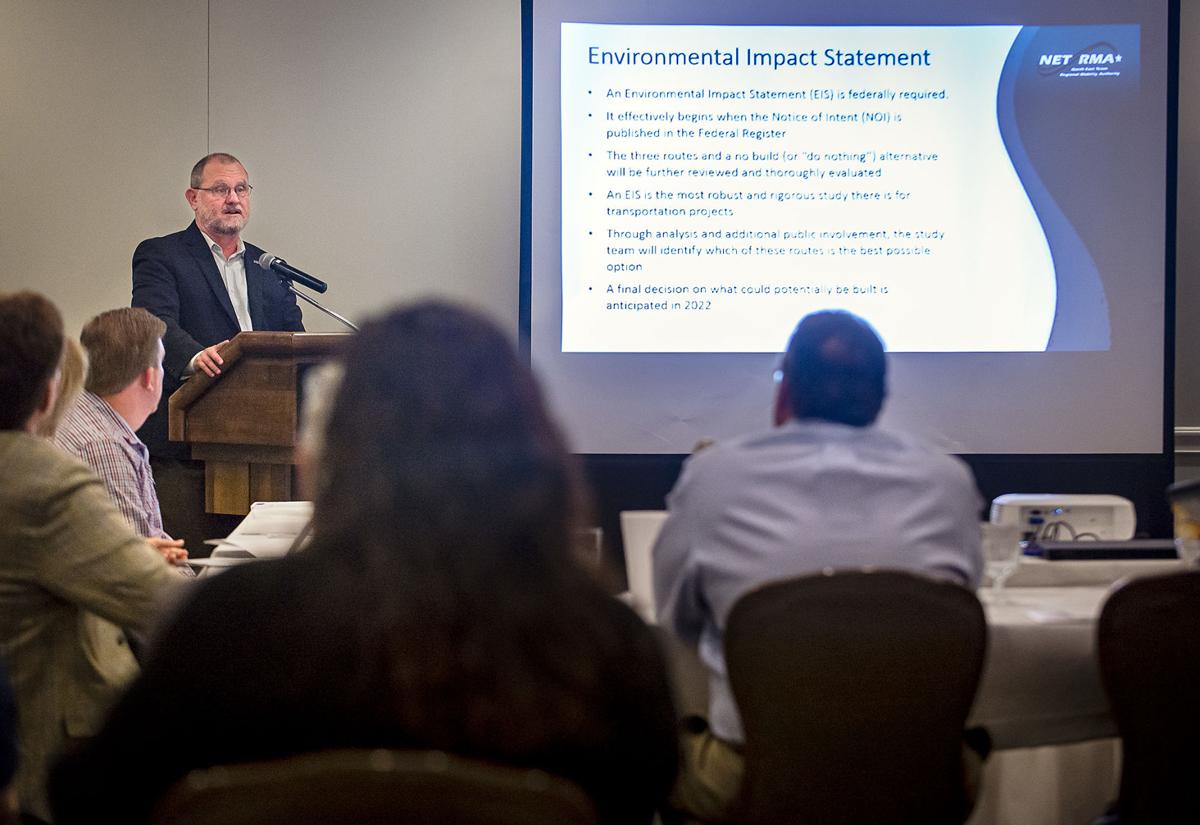 A proposed route for Segment 6 of Toll 49 in Smith County from Texas 110 north to U.S. 271 drew opposition from three property owners Tuesday who expressed concern about its proximity to schools and homes.

The Segment 6 extension will complete the long-awaited outer loop that will run in a horseshoe shape around the city of Tyler. The extension now has three routes under consideration — identified as the adjusted teal, the adjusted yellow and purple routes.

Robert Wilson told members of the Northeast Texas Regional Mobility Authority board meeting at Pinecrest Country Club in Longview that the adjusted teal route would veer too close to Kissam Elementary School and other schools in the Chapel Hill ISD. He said the route would come to about 0.16 miles from the elementary school, which is only a block from the high school and middle schools.

Wilson expressed concern about on- and off-ramps being too near to the schools and increasing congestion.

“Please don’t put (the students) at risk on the teal route,” Wilson said.

The proposed routes would be 10 to 13 miles long, Project Manager Elizabeth Story said after the discussion.

The adjusted teal, the adjusted yellow and purple routes to the west on Segment 6 may be viewed online at www.netrma.org/projects/segment-6 .

Wilson and two other property owners spoke after project consultant Andy Atlas, vice president of CP&Y in Austin, gave a presentation on the three routes that had been narrowed down from six. He said the selection process would involve more opportunities for public comment, with no decision by the now-14-county board being made until 2022.

Cass and Camp counties have joined NETRMA’s previous 12 counties of Bowie, Kaufman, Cherokee, Gregg, Harrison, Panola, Rusk, Smith, Titus, Upshur, Wood and Van Zandt. Members of the NETRMA board of directors are appointed by the commissioners courts of the counties that the agency serves.

Also speaking out Tuesday against the adjusted teal route were Mike Hilliard and Frederick Mears.

Hilliard, who said he has lived in the Chapel Hill area for 34 years, said retirees who live along the proposed cannot afford to move away. He expressed concern about property values declining and its potential effects on 39 property owners.

The adjusted teal route would be a “road to nowhere,” said Frederick Mears, a retired psychology professor from the University of Texas at Tyler. He said he would prefer the purple route, which would be closer to UT Tyler, Tyler Junior College and Texas College.

Mears cited the advantages of other major roads leading to other state universities such as Texas State University in San Marcos and Texas A&M University-Commerce.

After the meeting, board chairwoman Linda Thomas said, “I can’t say enough about the importance of public input to the development” of the proposed route.

The route-narrowing process followed survey responses from 893 people, Atlas said during his presentation.

“We evaluated all of these routes,” he said. “We are making sure it is data-driven.”

He said members of the public initially viewed more than 50 routes.

“We will do more analysis and meet with the public,” he said.