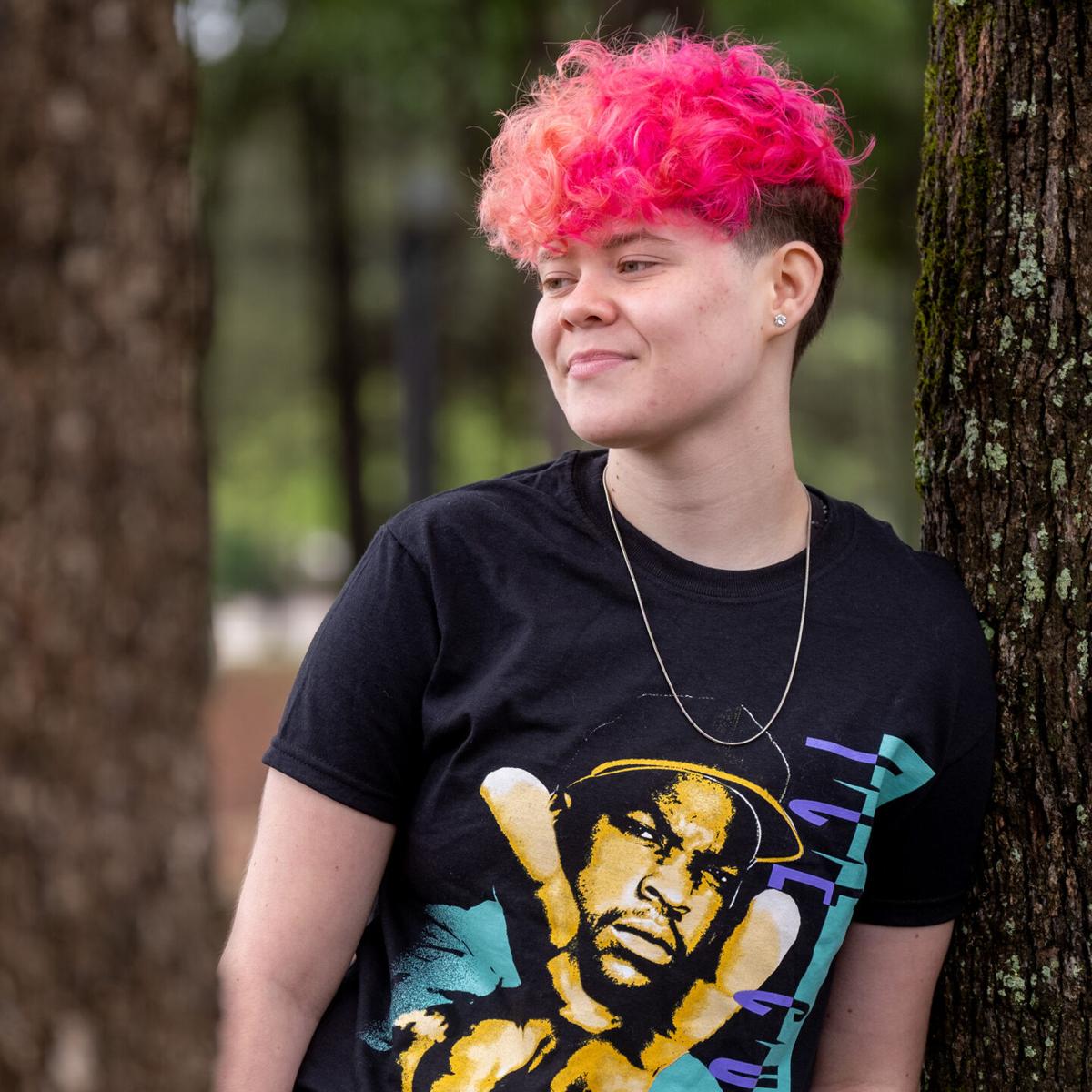 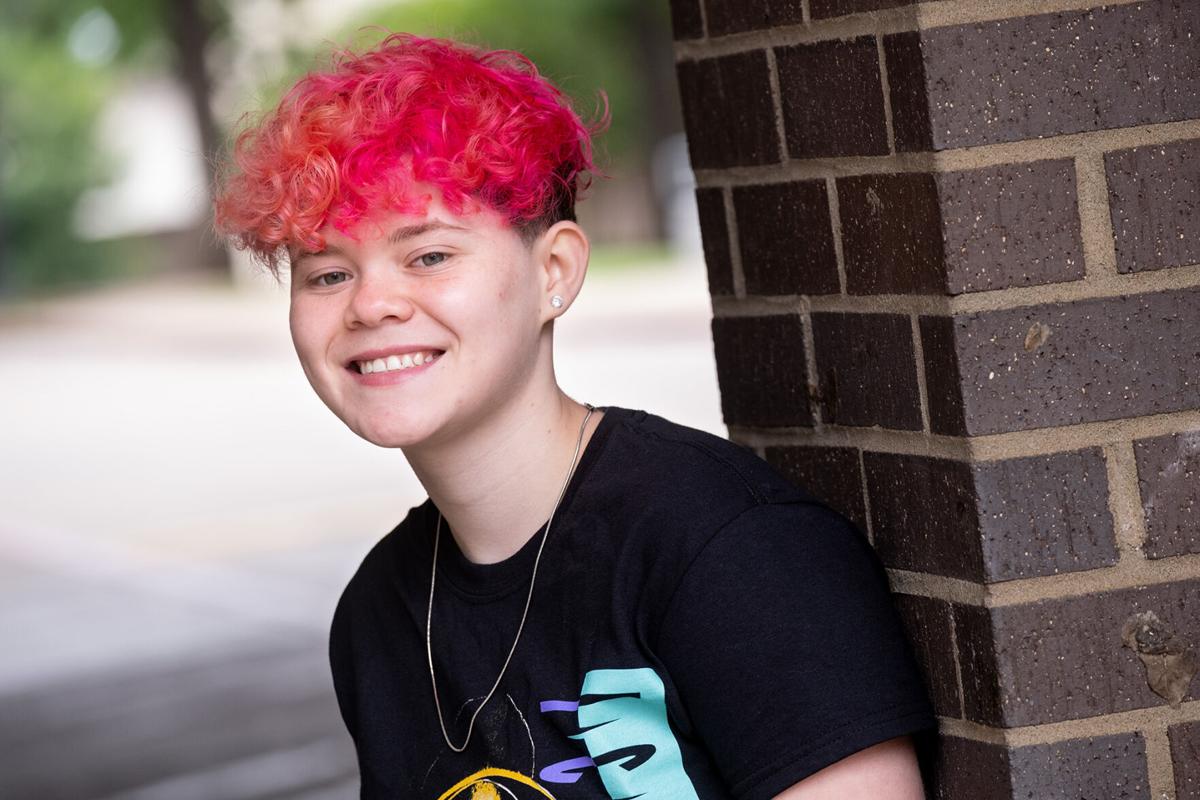 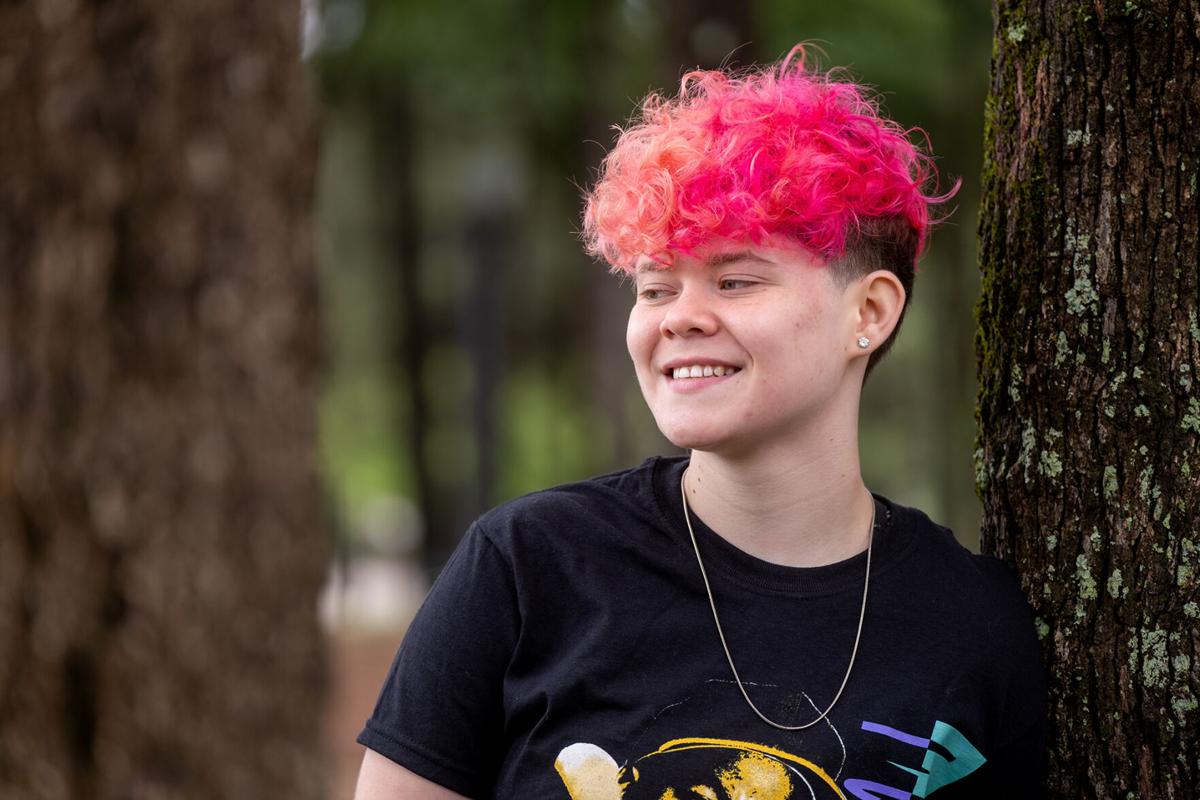 McKenzie Blaylock isn’t afraid to take bold leaps, whether it’s cutting her hair and dying it pink or moving to another state in the middle of the semester.

That boldness has allowed the Longview High School senior to make decisions that bring her happiness, no matter what anyone says about her.

McKenzie’s only time in Longview ISD has been her senior year. It’s her third school.

“I’m originally from Mississippi, but we moved to West Texas a few years ago, and we’ve been on and off from there to Mississippi,” she said. “But we moved here because we didn’t want to necessarily be back home, because there’s not really anything there, but we wanted to be where it was, like, trees, water, simple things like that because we still missed the country life.”

The first time McKenzie moved was for work, she said. After her aunt moved to Odessa because the oilfield industry was booming, her mother wanted to be there, too.

After the first move, her mother and stepfather divorced after 10 years together, but McKenzie moved to Midland to live with her aunt and transferred to a school there.

“It’s not everything I pictured for how I’d be,” she said. “Life kind of takes its course in its own way, and all you can really do is just roll with it. Which is what I’ve been trying to do.”

After her and her mom moved to Longview this school year, McKenzie started finding ways to make decisions for her own happiness.

“My mom still lives here, but we have some issues,” she said. “So, I moved another time back to Mississippi these past few months. You get older and there’s just so much that you want to have for yourself, and I don’t like to be negative, I like to have positive energy. ”

Since moving back to her hometown of Vicksburg, Mississippi, McKenzie has been living with an aunt there and finishing her senior year at Longview High School through virtual instruction.

“And I’m not going to lie — it was worth it,” she said. “Because I found so much more happiness within myself, like my hair is pink. I’ve always been different, but I never wanted to fit in. Little things like my hair, cutting it, dying it pink, some people don’t have the courage to do that, but if they see one person doing it, maybe it will affect them and introduce them to something that maybe they’ve been reaching for but haven’t yet reached it.”

McKenzie said she hopes and tries to be someone who can help others “be OK the way I’m OK.”

“I was bullied really bad,” she said. “Going through high school, I guess eighth grade going to ninth grade, I came to terms with it doesn’t matter what anybody says about you because once you find happiness and that self-love, you just laugh about it and go on about your day. With life and that whole situation, not one of us are going to make it out alive. Why waste it caring about what someone says about you?

“You have a whole life to live and a future, and if you want something for yourself, you need to be strong up here and strong in here,” she said, pointing to her head and her heart.

McKenzie said she wants to continue helping people after graduation, so in a few months she will move to Dallas with her aunt and cousin. She said she will start studying and training to be a firefighter and EMT.

“Since I was younger, I’ve always wanted to be an EMT, helping people. I’m a people person. I love it,” she said. “Knowing that you can save lives forever, I think that’s beautiful.”

McKenzie said she lost two friends in January and September in car wrecks. That experience gave her even more clarity on wanting to be an EMT.

“That’s people’s families that you’re saving,” she said. “And there’s going to come a time that you can’t save everyone, and you have to come to terms with that, and I have to understand that myself.”