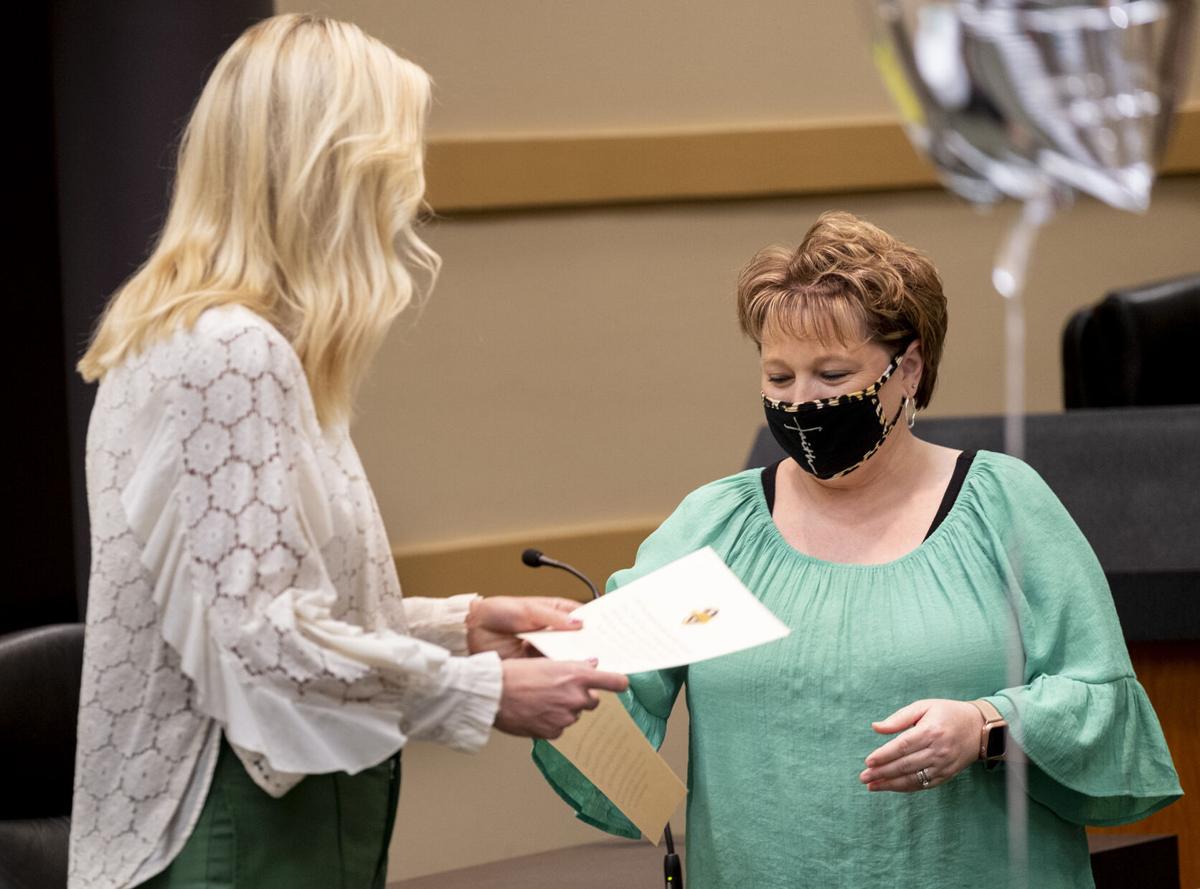 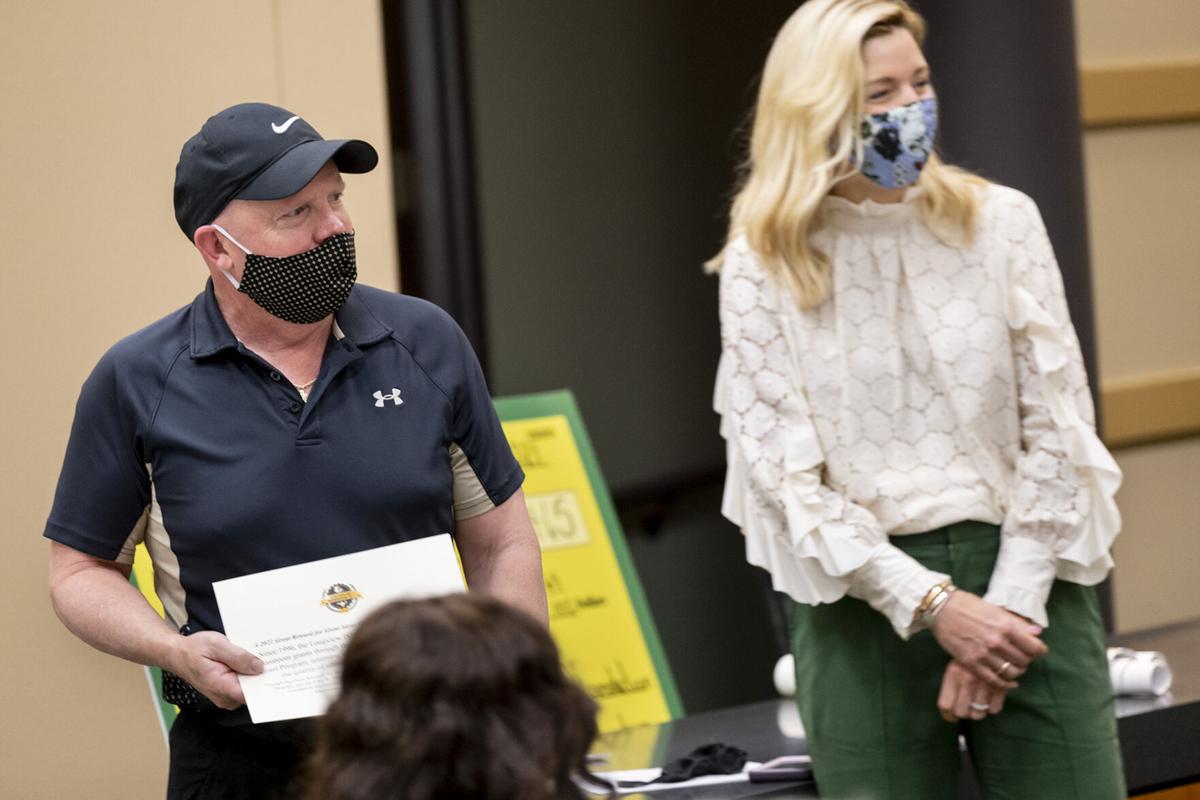 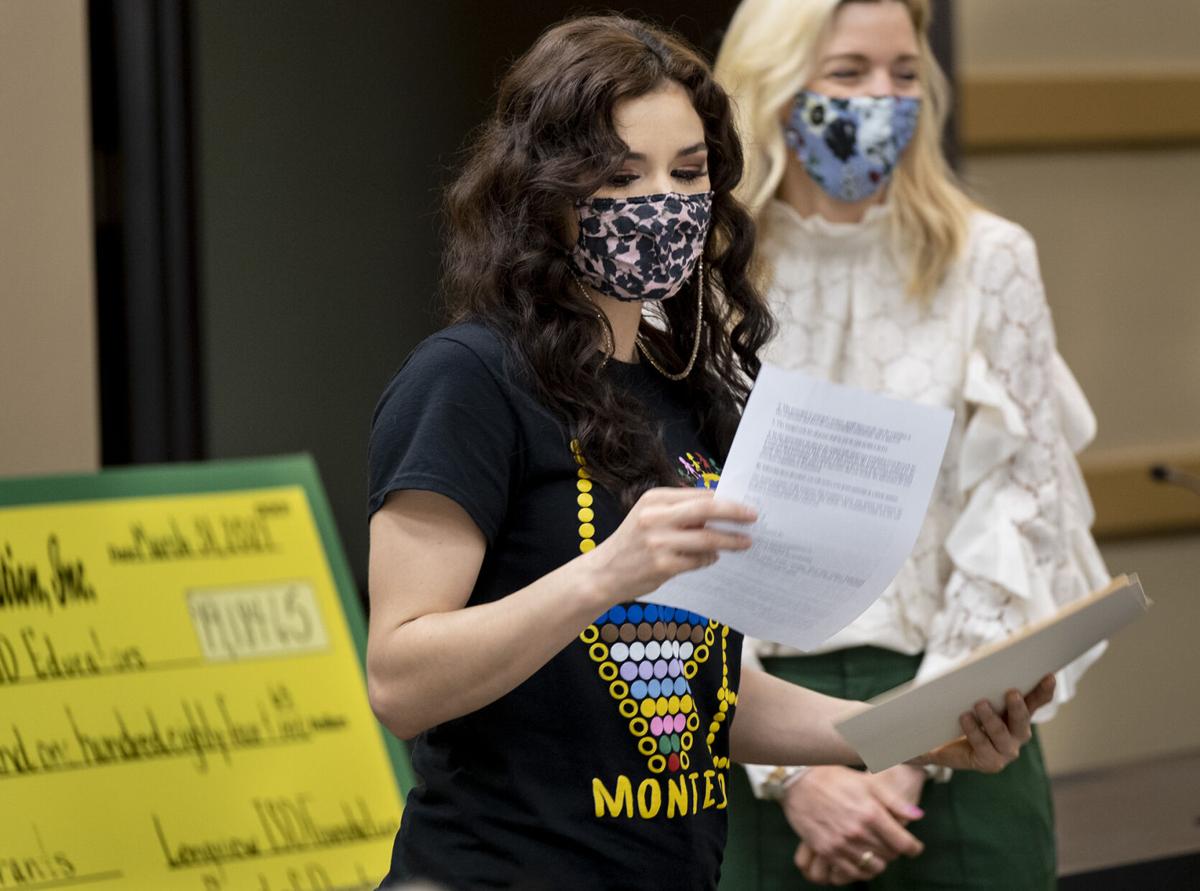 Maria Felix of of East Texas Montessori Prep Academy is presented with a grant Wednesday from the Longview ISD Foundation at the district’s Education Support center. 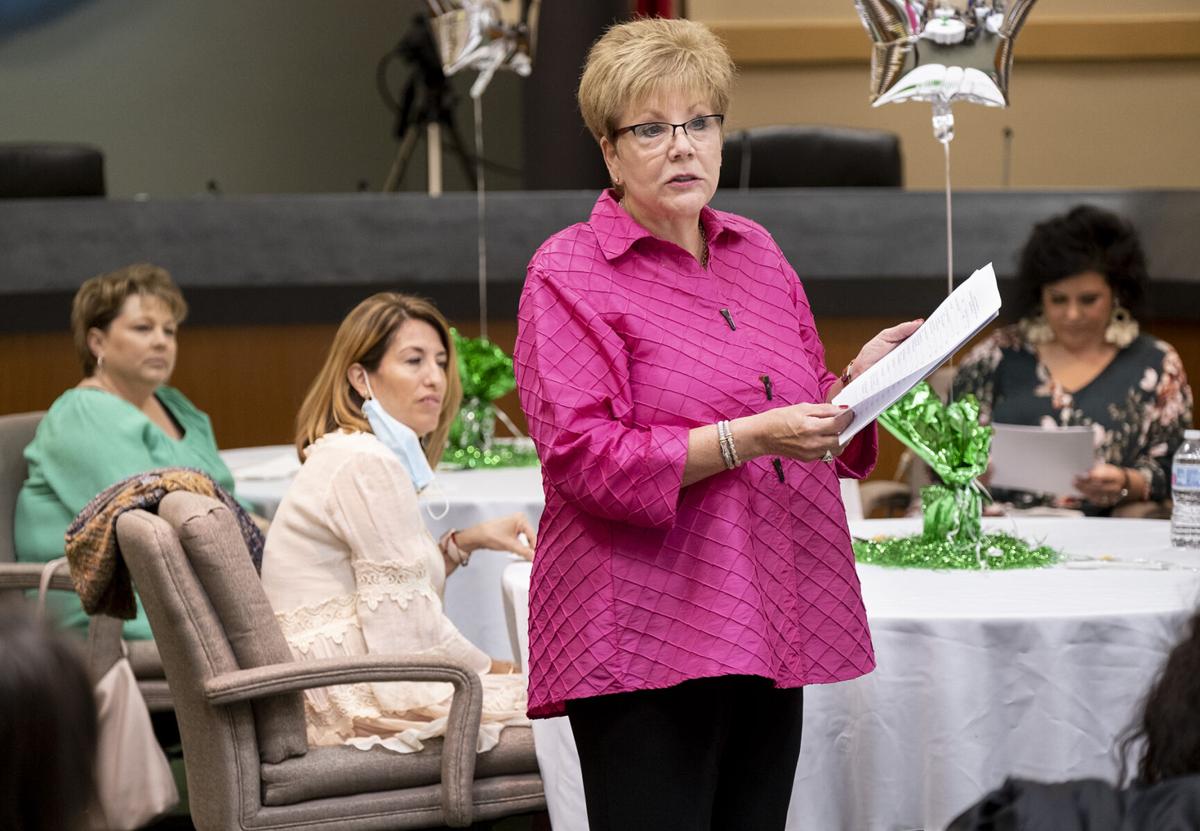 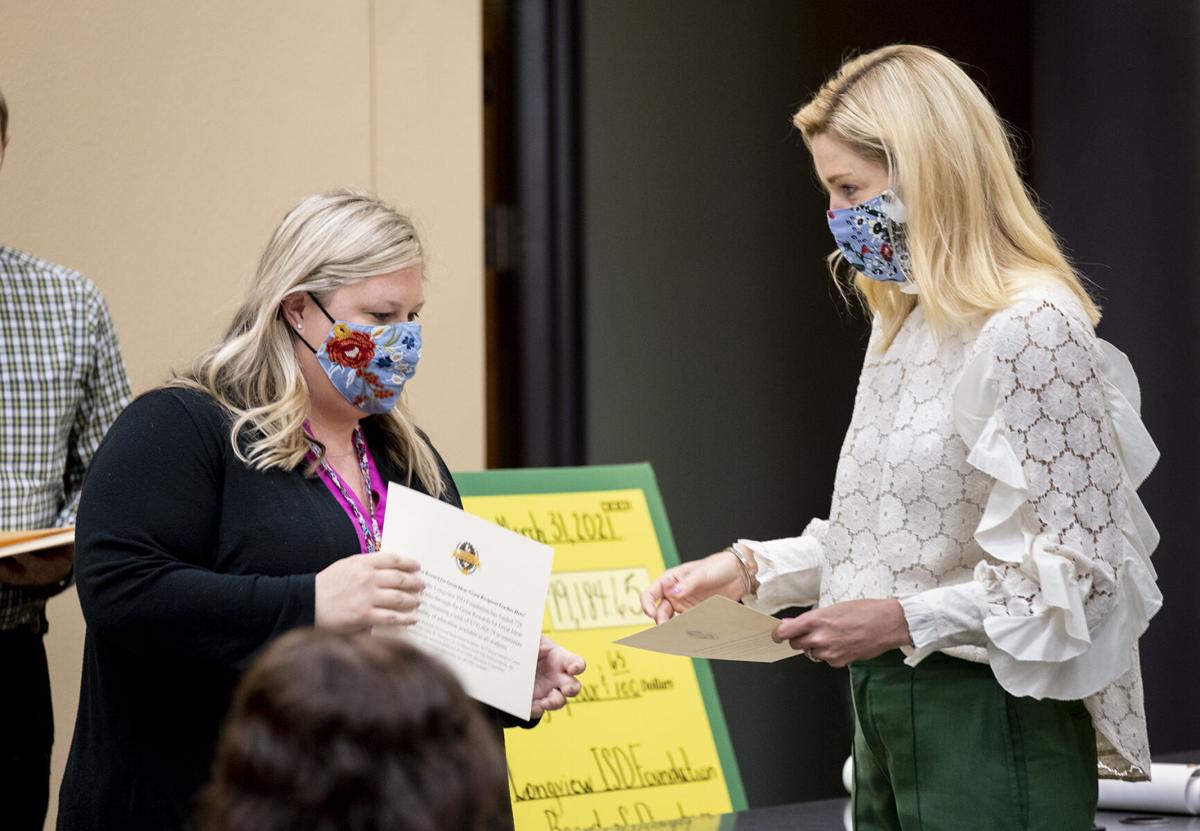 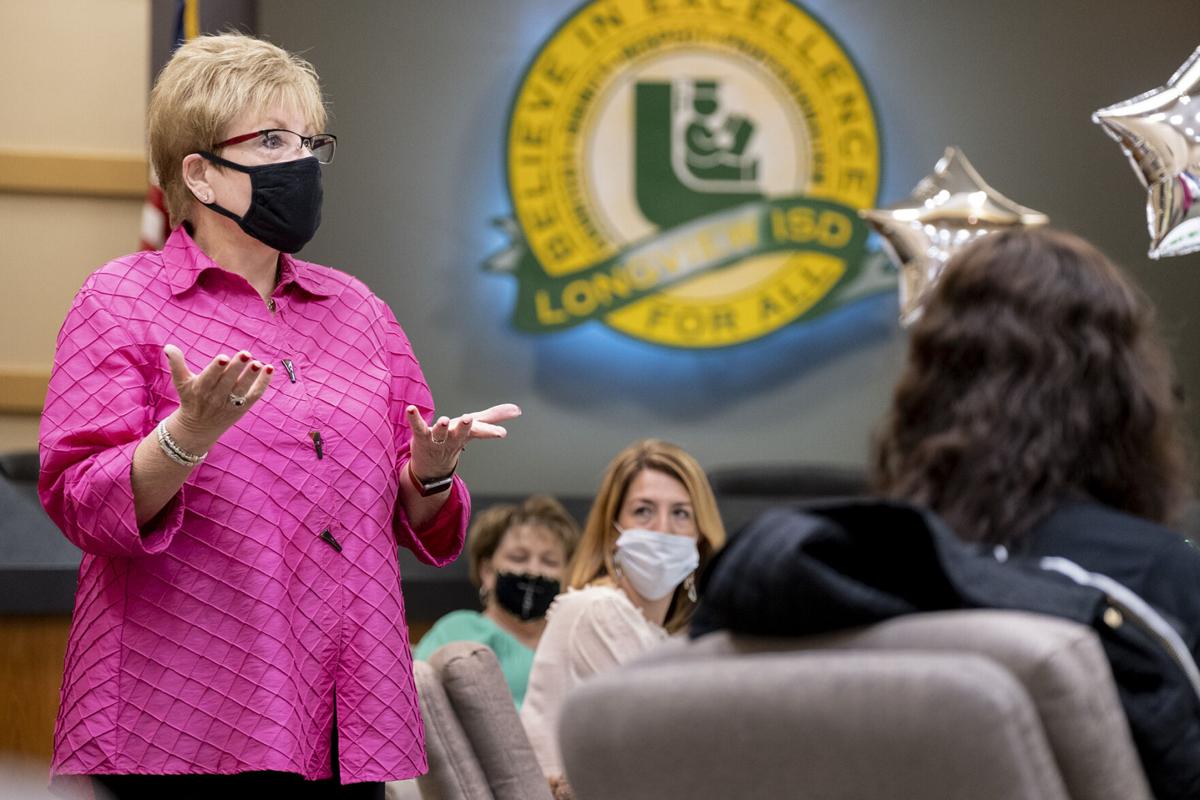 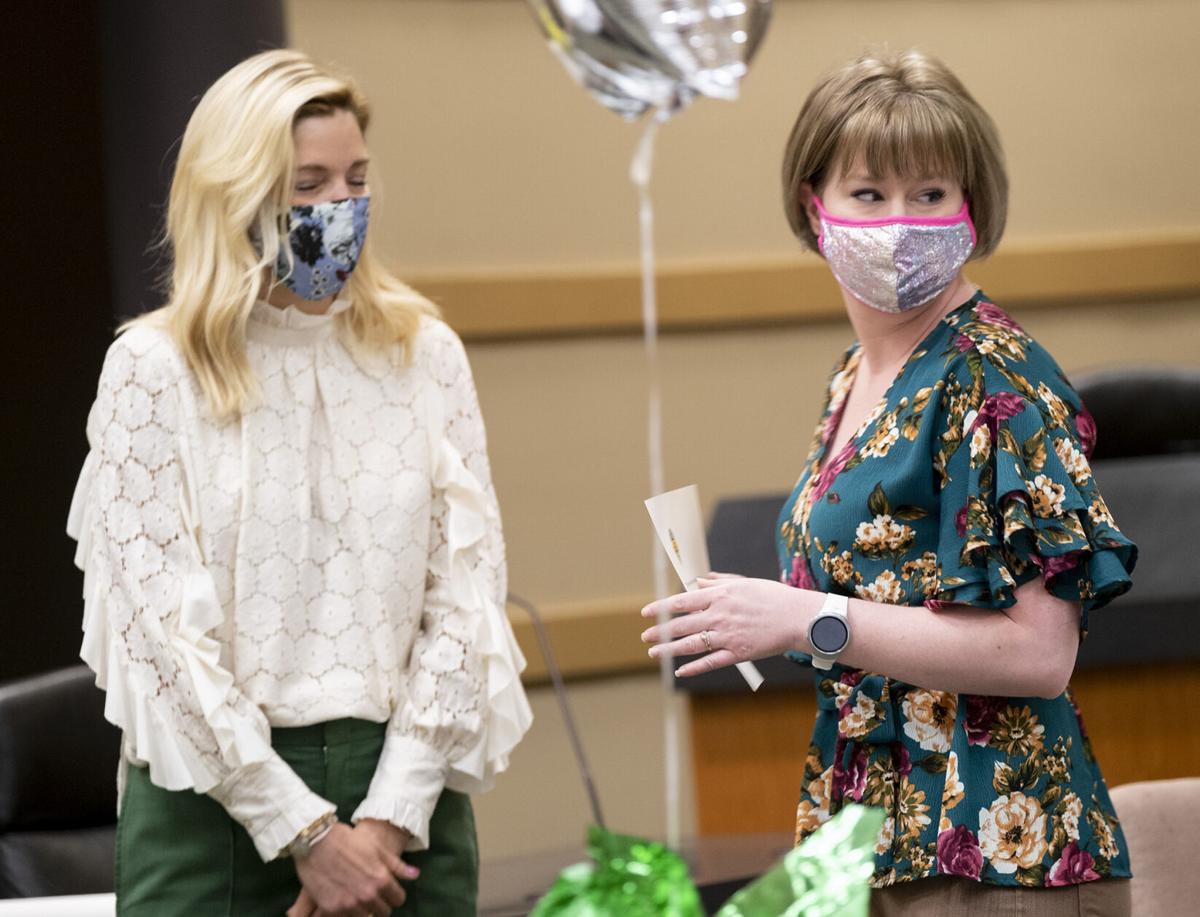 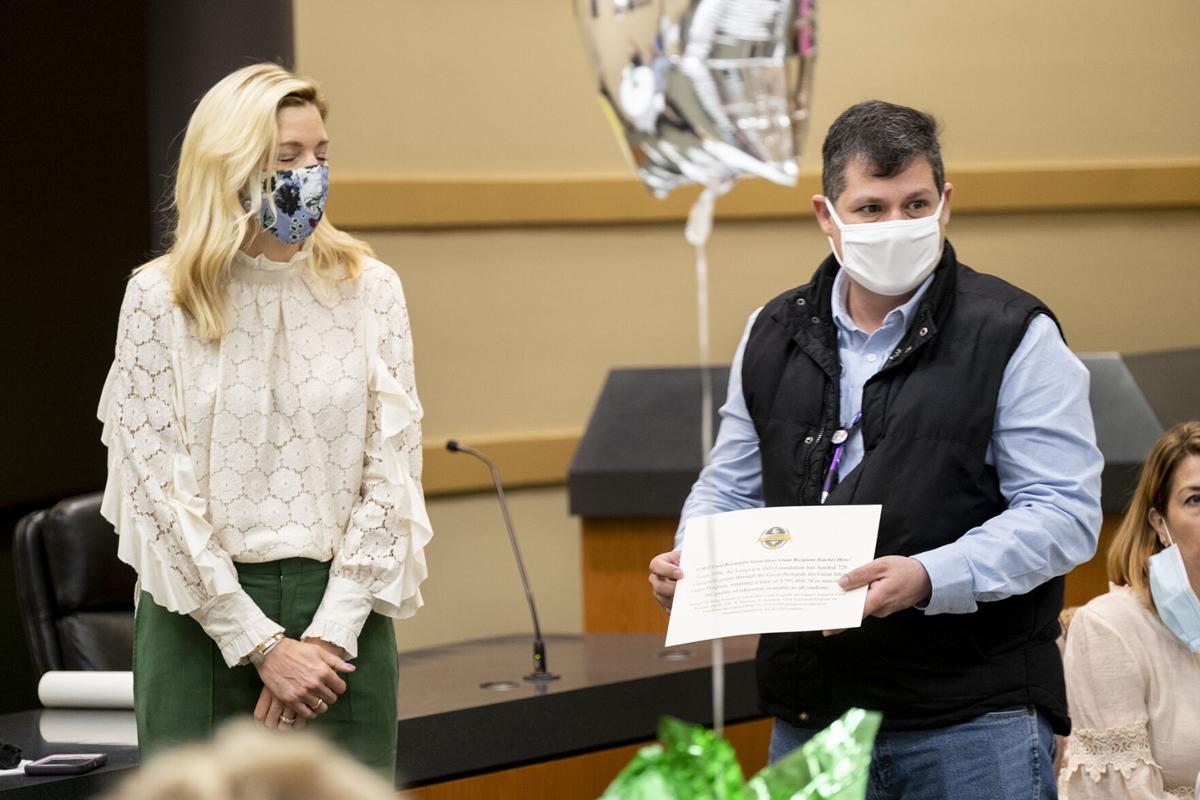 Maria Felix of of East Texas Montessori Prep Academy is presented with a grant Wednesday from the Longview ISD Foundation at the district’s Education Support center.

A pickleball class set, robotics materials, outdoor learning materials and sensory swings are some of the projects that will be funded on campuses thanks to Longview ISD Foundation grants.

The foundation awarded more than $19,000 in grants Wednesday morning at the district’s Education Support Center. Twelve Great Ideas Grants totaling $16,985 were handed out, and the Campus Initiative Grant for $2,199 went to Johnston-McQueen Elementary School.

Johnston-McQueen will use the grant to obtain materials to start a robotics and coding program.

“We know this year we didn’t receive quite as many grant (applications), and I didn’t think we would, because I understand how loaded everyone’s plate has been this year — especially at the start of the year when many of you were still doing in-class learning, synchronous teaching, asynchronous,” Ray said at Wednesday’s presentations. “I can’t even imagine. We know next year is probably going to be a lot more participation than this year.”

Deonne Collins of Judson STEAM Academy is part of a group that received a $588 grant for writing academy materials for seventh-graders.

Another recipient at Judson was Kaci Homer, who was awarded $519 to use with special education students in grades six through eight.

Hudson PEP Elementary School physical education coach Steve Hambrick is no stranger to the foundation’s grants. He received his third on Wednesday morning — $1,853 for a classroom set of pickleball materials.

“It’s different, and it’s kind of made a resurgence back into the population. I think it started in the 50’s or 60’s, and now it’s back,” Hambrick said of pickleball. “If you go to Arizona, that’s all you’ll see. They’re not playing tennis anymore, they’re playing pickleball. So I wanted to be the first group, especially in our district, to provide that for our kiddos.”

There are not a lot of funds for PE equipment, Hambrick said. When he got to Hudson PEP, he noticed a lot of equipment needed to be replaced.

“I’ve kind of figured out a secret on how to get new, top-of-the-line equipment just by writing a grant,” he said. “The kids look forward to it. I kind of tell them about it and get them all stirred up.”