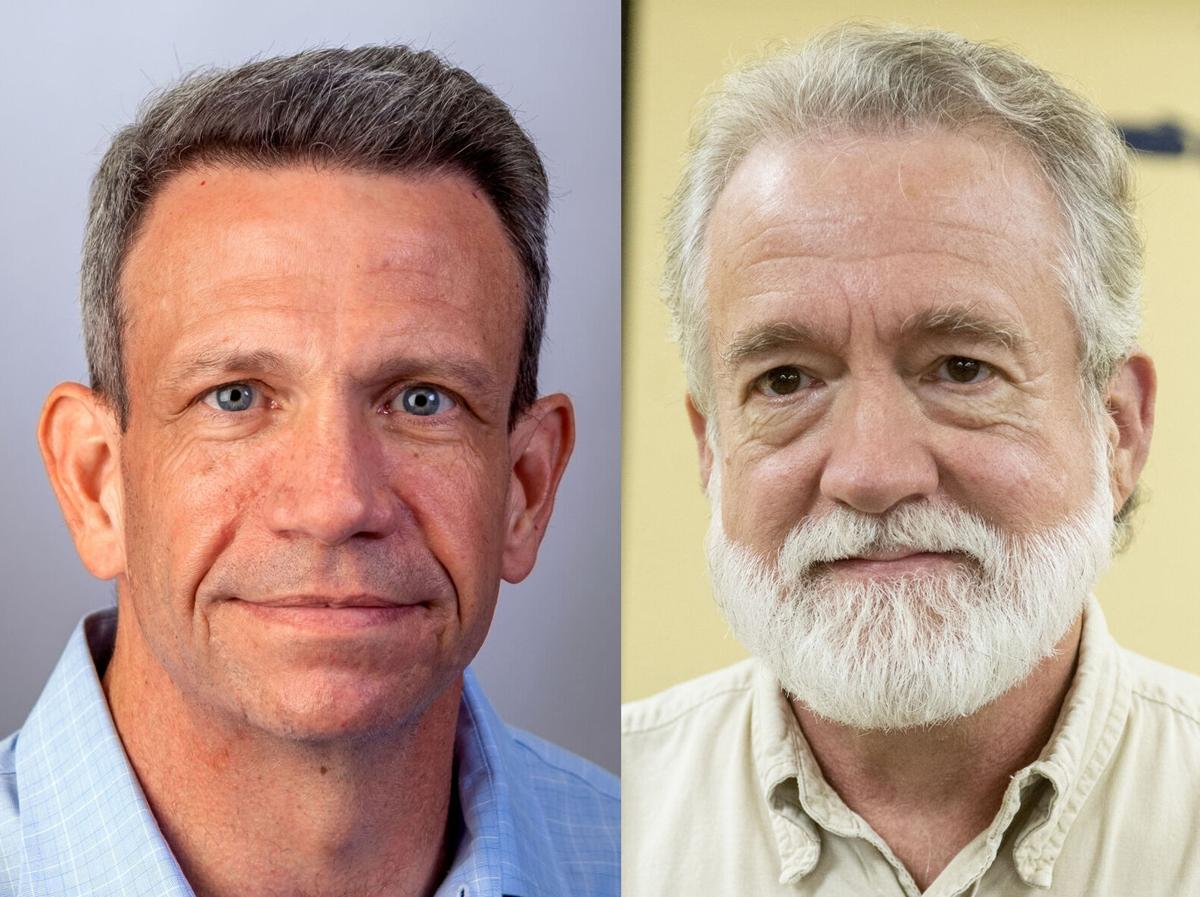 Drew Seidel, left, and Rob Woods are seeking the Place 2 position on the Pine Tree ISD board. 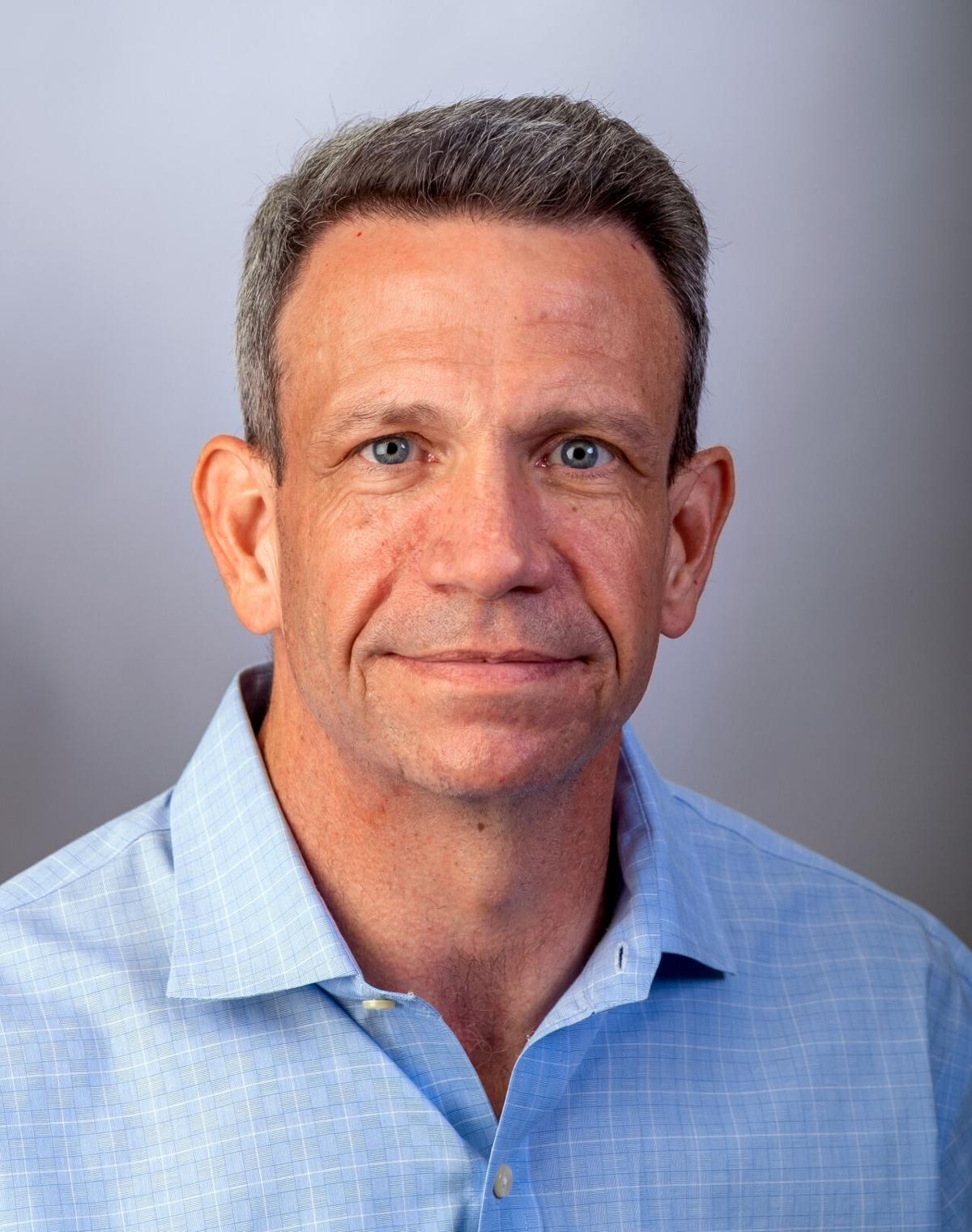 Drew Seidel and Rob Woods hope to bring a new perspective to the Pine Tree ISD school board as Place 2 candidates.

The seat was vacated by Kerri Daugbjerg.

Seidel is vice president of distribution for AEP Southwestern Electrical Power Co. and has two daughters at Pine Tree High School and a son who graduated from the district. He also is president of the booster club.

Woods, who is self-employed, is seeking a board seat for the third time since 2018. He ran for the Place 6 seat in November.

Pine Tree ISD trustees have discussed a need for a more challenging gifted and talented program.

The CEER (Communications, Engineering, Entrepreneurship and Robotics) Academy, which started this school year, aims to serve students who want more of a challenge.

Woods said he has a lot of questions abut the CEER Academy and if it is replacing GT. He said he plans to attend a parent meeting to get more information and speak with parents involved.

“ What is our new policy?” he said. “I think we need to promote gifted students. We used to do it.”

Seidel said any problem starts with understanding where you are and where you want to go.

“It starts with a conversation with everyone involved,” he said. “I’m not in a position to give a solution today. I think that’s the worst thing you can do is say I already know the answer. But I can tell you in my experience Pine Tree has done a fantastic job.”

Seidel said his children have been part of the Advanced Placement program, and all are successful.

”I am very confident this can easily be solved, and I understand that from a parent perspective,” he said.New programsLongview ISD is the only school district in the area with programs such as Montessori and International Baccalaureate.

”I’m going to find out what is Longview doing that we’re not doing,” Woods said. “Everybody compares Longview and Pine Tree, and that’s one of my areas of interests.”

Seidel said he is open to any programs that can help students succeed.

”I think we should look at everything,” he said. “I’m not interested in excluding anything just because it’s different. We definitely need to look at what is successful and being better today than we were yesterday.”

The superintendent of a school district reports to trustees, who are responsible for hiring, firing and evaluating the position.

In evaluating the superintendent, Seidel said he believes it is important to have clear expectations and direction.

“Before we let things go so far off the rails, we need to take action. We need to be involved so that that situation doesn’t sneak up on us,” he said. “It’s really about being involved and engaged every day and making sure we’re successful in bringing quality education to students.”

Woods said he has issues with Superintendent Steve Clugston.

“Mr. Clugston is just, he’s too hard core. He doesn’t have the ability to make a judgement on a fly, and when it’s obvious a lot of people are upset about it, he should have waived the requirements,” Woods said in reference to Clugston not allowing virtual students to attend prom despite a parent being upset about the rule.

Woods said he would not have supported the raise Clugston received after his last evaluation.

Like many districts across the state, Pine Tree ISD is a majority minority district, meaning students of color are the largest demographic.

However, there still are achievement gaps between those students and white students.

Woods said helping minority parents get jobs would help with the issue.

“If there were any businesses opening up, I think the school is a place jobs can be posted,” he said. “Pine Tree can send out a hand out they can take home and their parents can get another job.”

For Seidel, a way to help with the achievement gap is creating a culture and atmosphere where students can thrive.

“I know that Pine Tree really is focused on trying to get teachers who care, that want to be there and help students be successful, and I think that model works,” he said. “That’s the kind of thing I want to promote. I think it’s the right direction. I think it’s going to be very successful.”

Pine Tree ISD recently approved becoming part of the guardian program, which trains certain teachers and staff members to have concealed carry on campuses. Trained staff members are kept secret for the security of the program.

Both candidates said they support the move and would have voted for it.

Woods said he also would even volunteer for the program, if possible.

Seidel said he supports the people in the program being properly trained so they respond to a situation in the right way.

“It’s about safety for children and faculty and making it a safe place for learning to continue,” Seidel said. “It’s a complicated issue and people will probably side on either side of it, and I understand the reasons for that. I’m confident in the district trying to make the best decisions for students to protect them.”

Early voting for the May 1 election begins Monday.