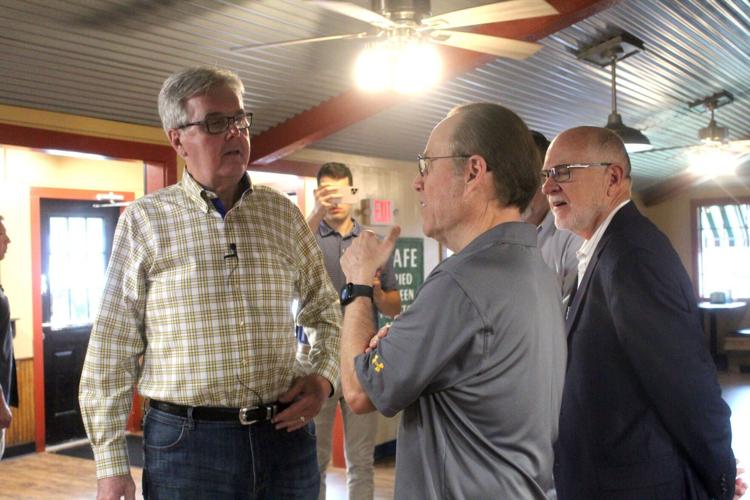 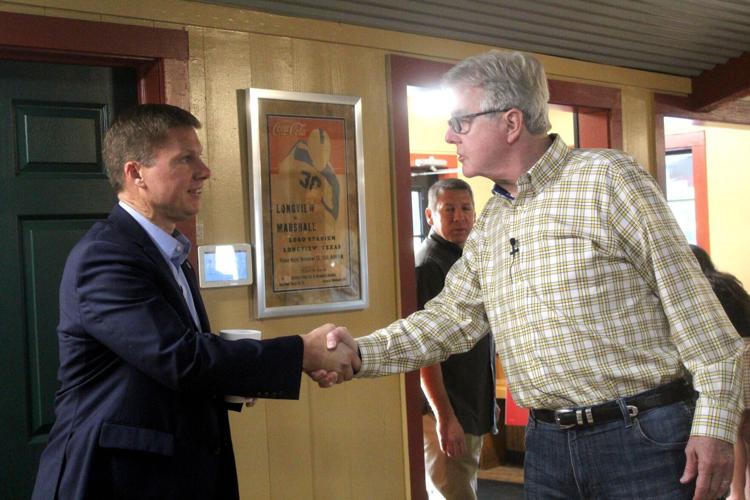 MARSHALL — Republican Lt. Gov. Dan Patrick on Monday made a stop in Marshall as part of his re-election campaign bus tour.

State and county officials, as well as Republican party representatives, met with Patrick at Jucys Hamburgers.

Patrick is running against Democrat Mike Collier and Libertarian Shanna Steele in the November general election. Early voting is Oct. 24 through Nov. 4, and Election Day is Nov. 8.

Patrick said has plans to hit 130 cities in eight weeks on his bus tour before the election.

“Because in Texas, it doesn’t matter how big the town — small, midsized or large — Texas depends on you,” Patrick said.

During the stop in Marshall, Patrick discussed a number of issues in the upcoming election, including his plan to add a mandatory additional 10-year penalty for the use of a gun in a crime.

Patrick also discussed his desire to pull Texas away from the use of renewable energy, which he said was unreliable as a source, and focus more on natural gas.

He also discussed addressing judges and district attorneys in the state who are not following the law — getting them out and filling the positions with those who will.

“This election is really not about Democrats versus Republicans; it really is about darkness versus light,” Patrick said, “Rural America is where our values are, so we really need all of you to get out and vote.”

“So many people are so busy in their lives that sometimes they don’t go vote, but it’s more important than ever,” Patrick said.

Collier is set to speak at a campaign stop at 8:30 a.m. Wednesday at Heritage Plaza in Longview.