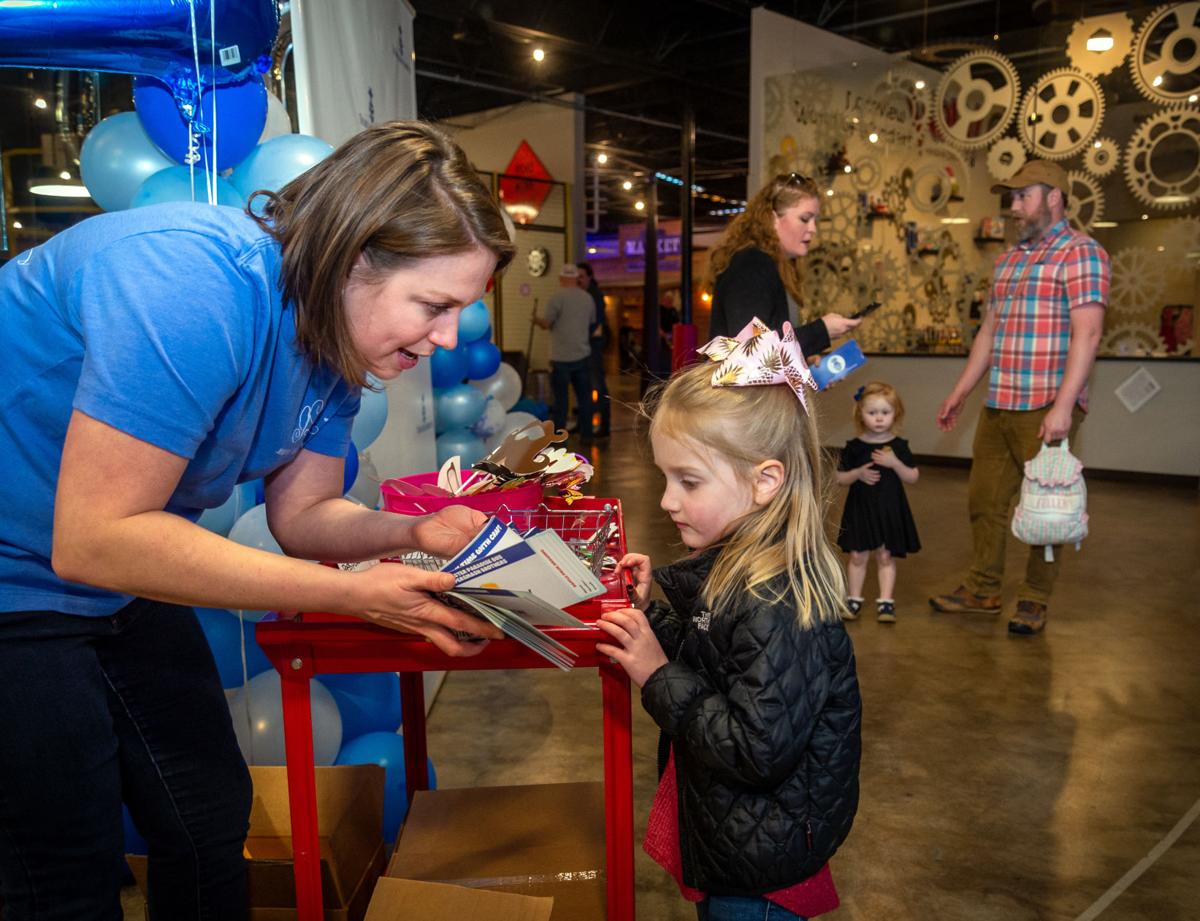 Elissa Hugman with the Junior League of Longview shows Callie Swindell, 4, how to get her sesquicentennial passport stamped Friday, March 6, 2020, at the Longview World of Wonders Museum during a kickoff party for the Junior League’s two-week Longview 150 Passport Program. (Les Hassell/News-Journal Photo) 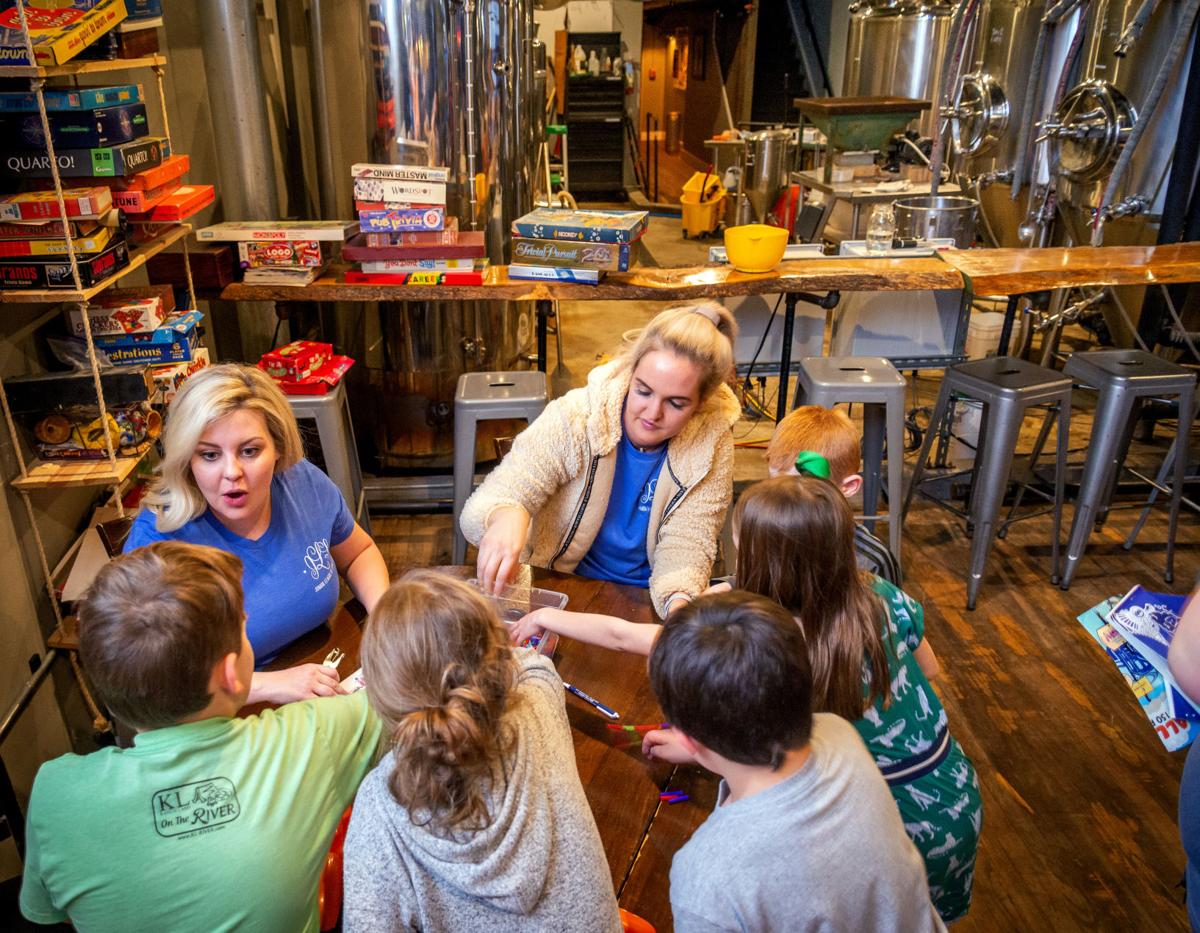 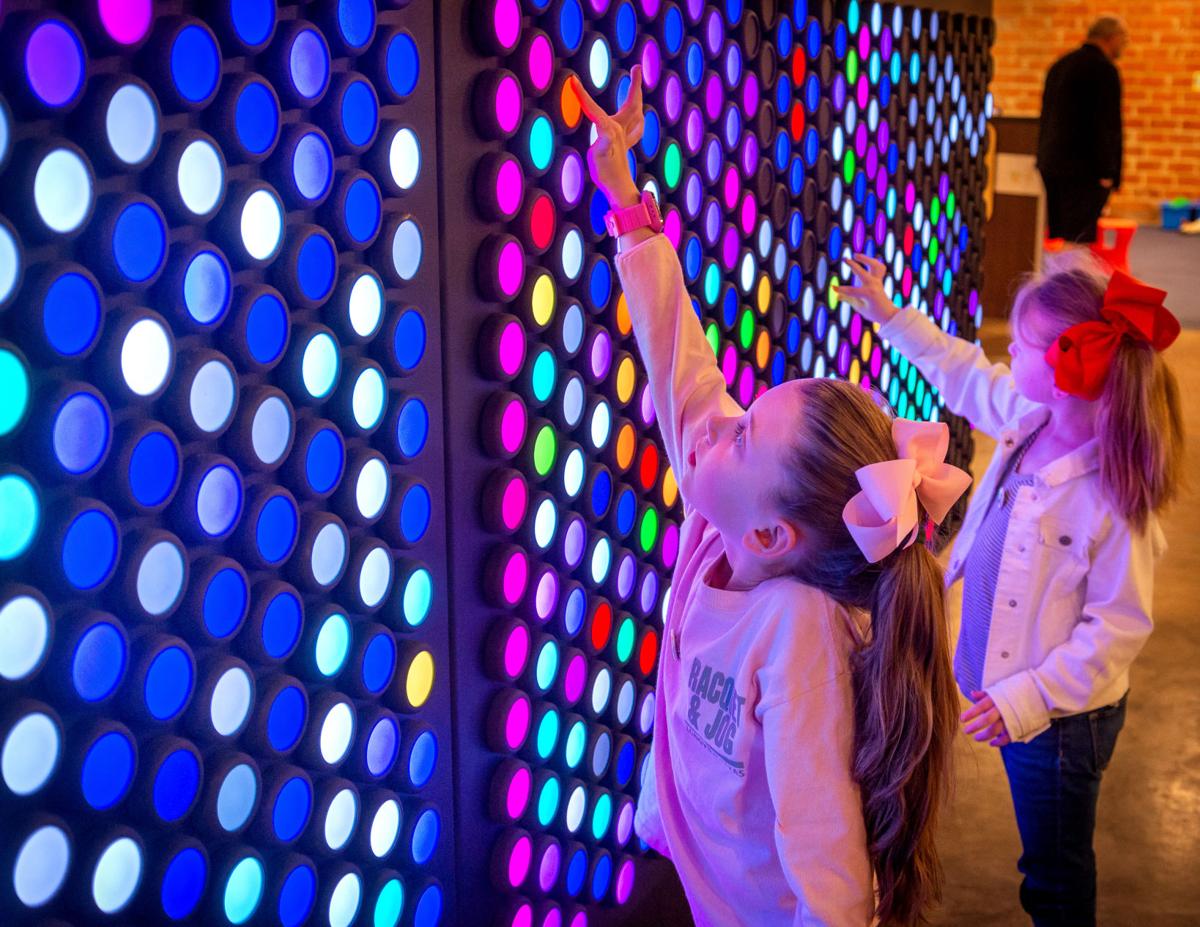 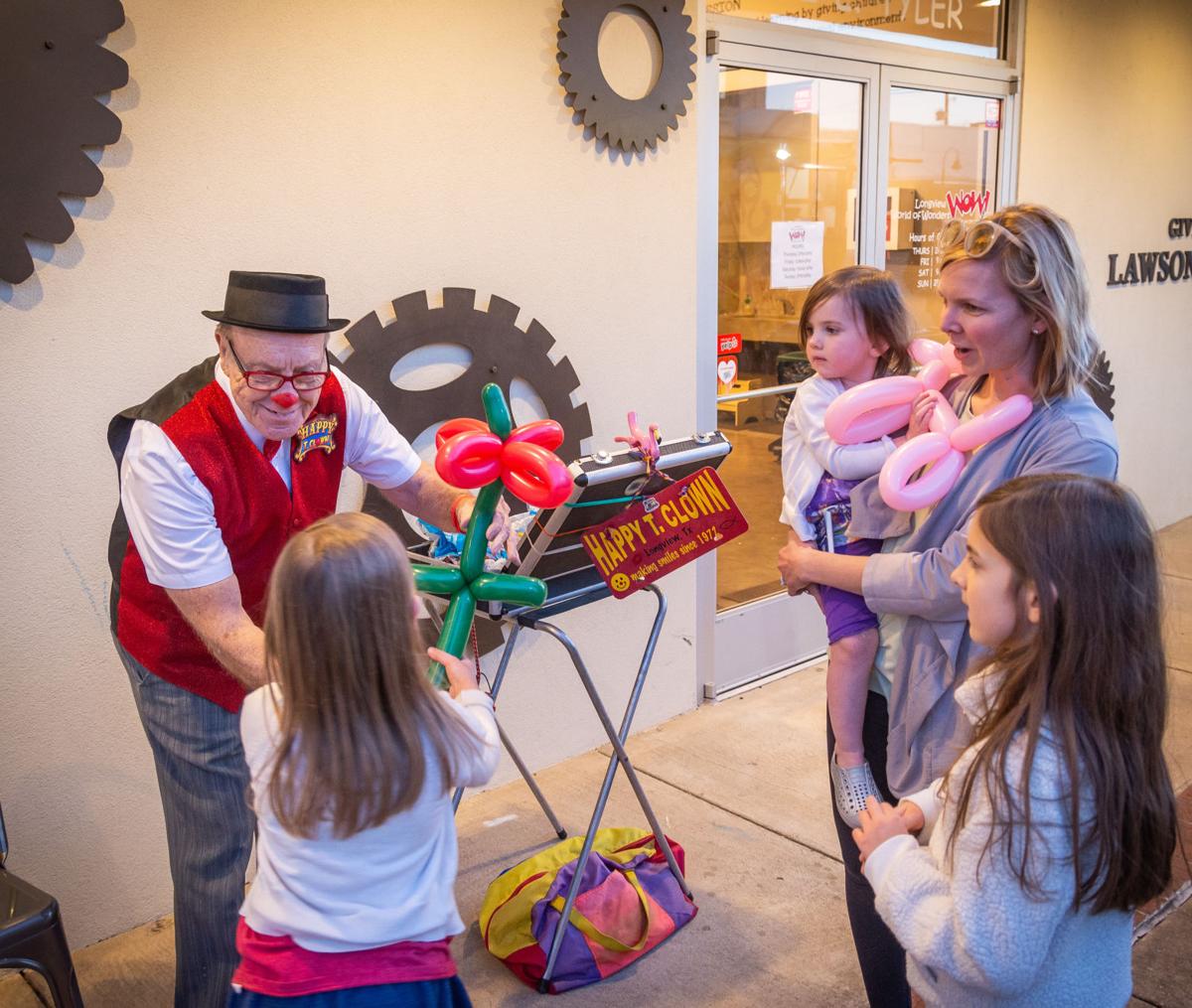 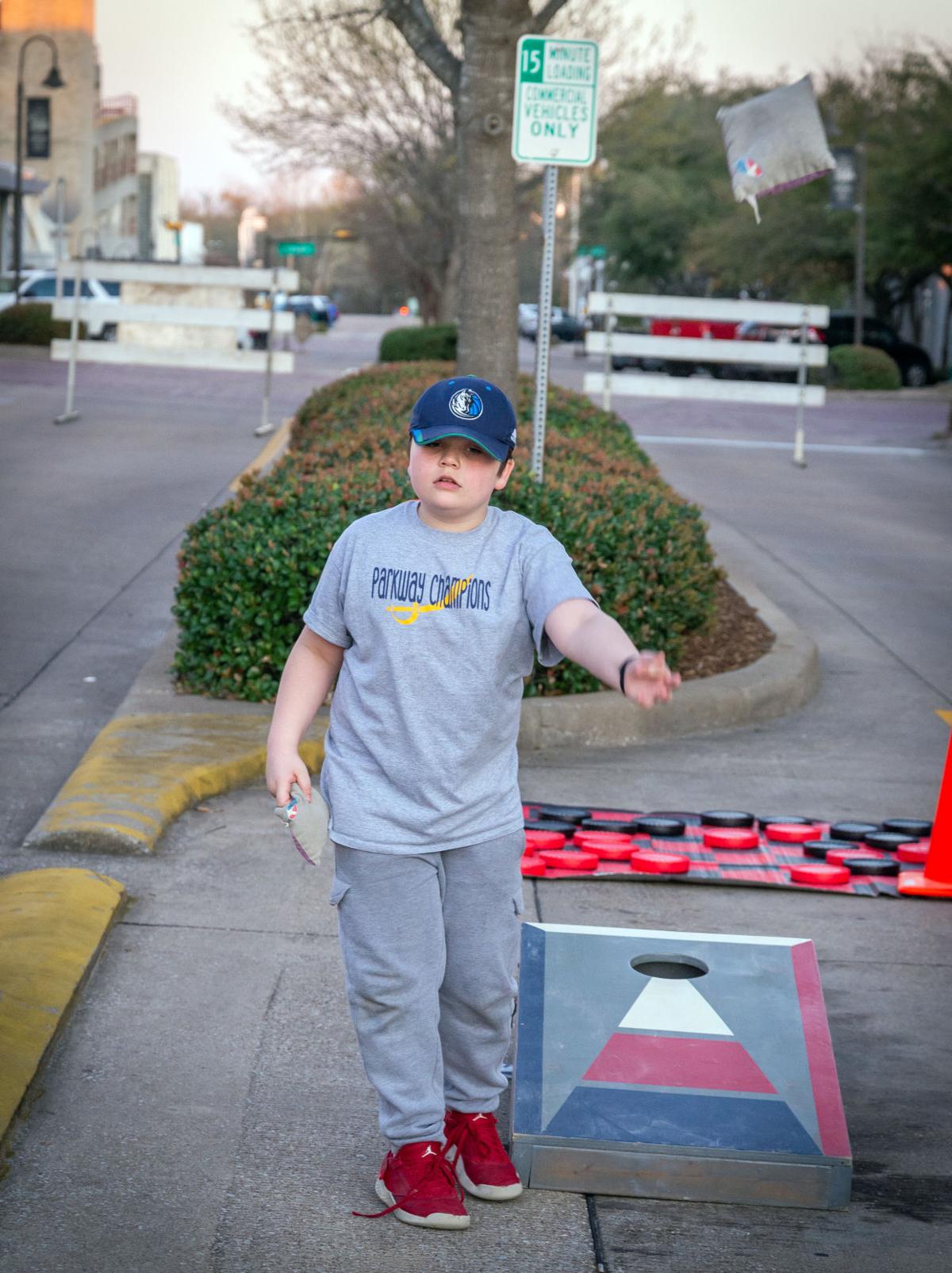 Noah May, 9, plays a game of cornhole Friday, March 6, 2020, outside the Longview World of Wonders Museum during a kickoff party for the Junior League of Longview’s two-week Longview 150 Passport Program. (Les Hassell/News-Journal Photo) 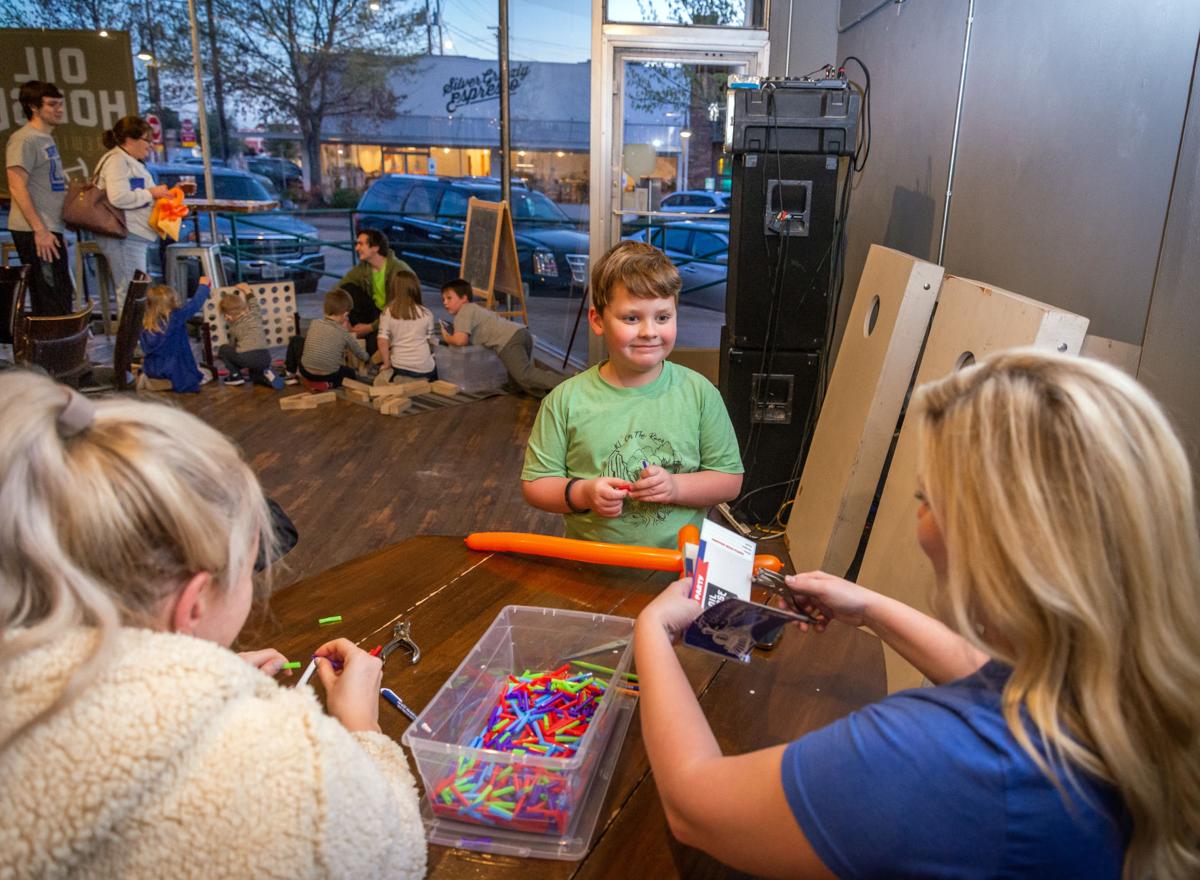 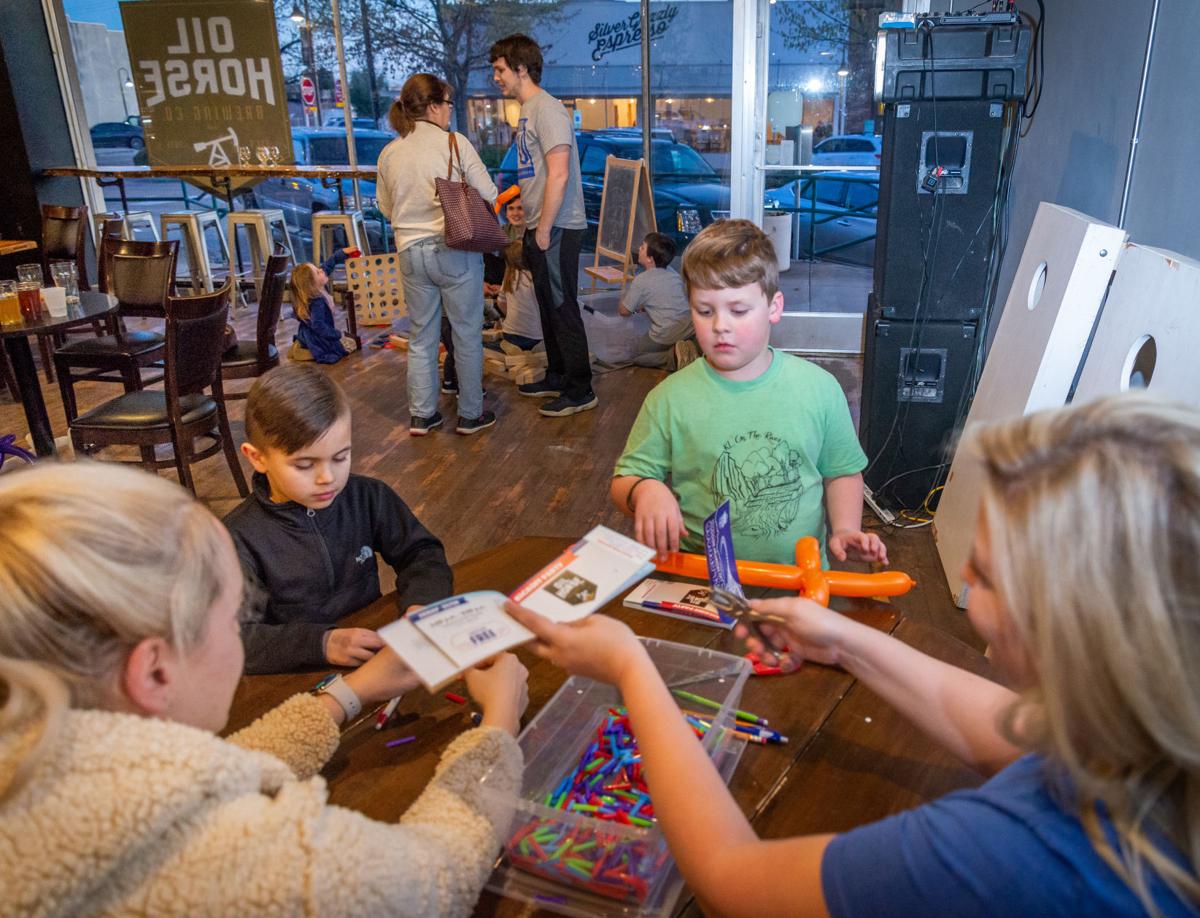 Elissa Hugman with the Junior League of Longview shows Callie Swindell, 4, how to get her sesquicentennial passport stamped Friday, March 6, 2020, at the Longview World of Wonders Museum during a kickoff party for the Junior League’s two-week Longview 150 Passport Program. (Les Hassell/News-Journal Photo)

Noah May, 9, plays a game of cornhole Friday, March 6, 2020, outside the Longview World of Wonders Museum during a kickoff party for the Junior League of Longview’s two-week Longview 150 Passport Program. (Les Hassell/News-Journal Photo)

Members of the Junior League of Longview kicked off the Longview 150 Passport Program downtown Friday with a party at the Longview World of Wonders Museum.

“My kids love this place,” Laci McRee said as she waited for her dad to drop off her son Braydon, 6, and daughter Abigail, 4.

“I think it’s awesome,” Joni Cobb said with 3-year-old Claire and 1-year-old Anna waiting for ice cream. The Junior League “went through a lot of effort to do this,” she said.

Themed as a train ride to coalesce with the city’s railroad history, the Passport Program was designed to showcase experiences for preschool and elementary-age children to celebrate the city’s sesquicentennial birthday. Children will visit participating businesses and locations for hands-on events as part of the historical program.

Over the next two weeks, young participants can get a passport booklet that will stamped each time they visit a stop along the program. Those stamps move them closer to prizes from the Junior League.

Danielle Early brought her 12-year-old daughter, Aley, along with nephews Clifton, 11, and Alec, 9, but she became very interested in the raffles.

“I love it,” Early said. “I was just trying to figure that out. It looks like there’s one at every single location.”

Kelly Belt has served as the Junior League’s co-chairwoman of the Passport Program, along with Ashley Perkins.

“What we hope,” Belt said, “is these children are going to be the ones that plan the Bicentennial in 50 years, so we hope that they have a fond memory of this event so that they want to help plan the next one.”

“All of the different participating organizations are going to have educational activities about their particular organization and how it’s impacted Longview, along with a little bit of fun for everyone,” Belt said.

McRee is a Junior League member who was tasked with telling the organization’s history and community-building initiatives to the dozens of young learners at the kickoff party “to help the city know a little bit more about the history of the Junior League and also to support some of the initiatives that we’ve had over the years.”

Belt said it took about a year to develop the calendar of events.

“We’re going to have raffle prizes at the end of the two-week period, everything from Mack and Hanson Orthodontics (which) has a wonderful gift card,” Belt said. “Longview Arboretum has several passes that kids will get to draw for to get to go out there and have a fun day, and then we’re going to have lots of fun things like different gift cards to different stores and different stores that they might enjoy.”

Admission to each event is either free or at a reduced cost from usual admission rates, according to the Junior League.

Contestants are asked to keep track of the train schedule and enter into prize raffles using their commemorative boarding pass booklet.

March 14: 10 a.m. to noon, actors in period costumes will offer free tours at the historical Greenwood Cemetery at Magrill and Fourth streets