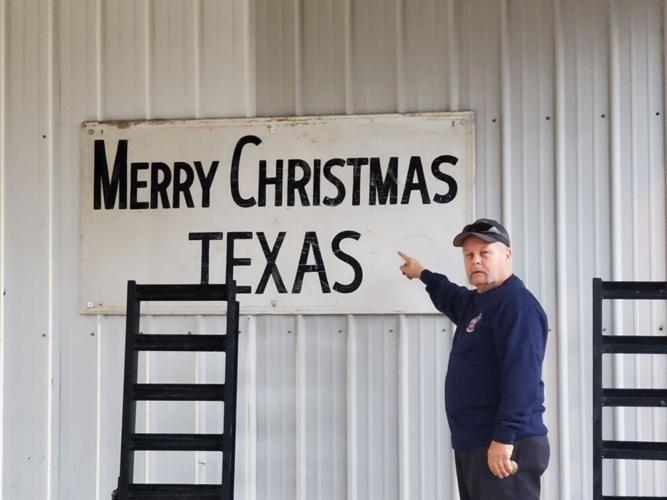 Vernon Burks shows off his “Merry Christmas, Texas” sign that’s at his house. 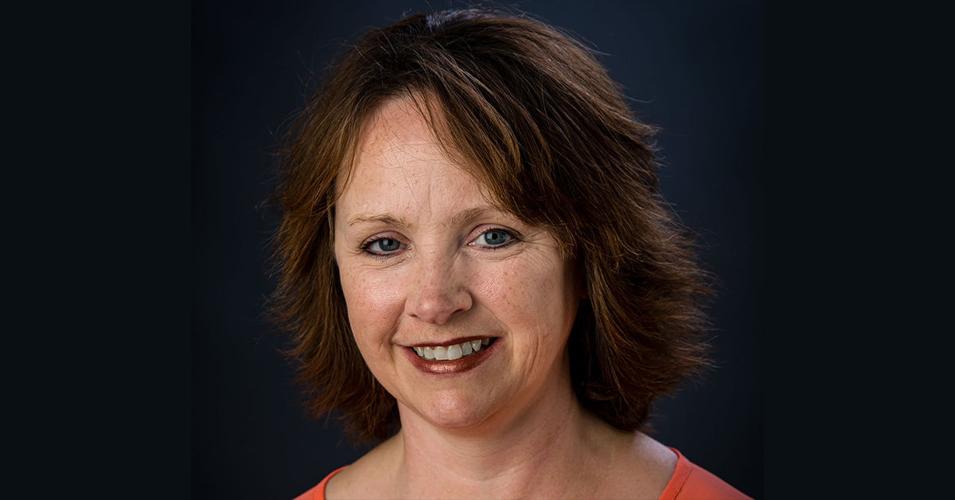 ANSWER LINE FOLLOW-UP: Earlier this month I responded to a question about Merry Christmas, Texas, from someone seeking information about what really was just a gas station.

The owner, O.L. Kimbrough, named it Merry Christmas, Texas, as if it was a real city — really as a marketing tool. A sign there at one point said it had a population of 3.

I was excited this week to learn who the “population 3” were, after reader Gail Burks saw the article. She called to let me know about her husband, Vermon Burks, who spent some of his teenage years there with his grandparents, who ran the station for a few years.

I got to speak to Vernon Burks (who also happens to be the chief of the West Harrison Volunteer Fire Department) about his time in Merry Christmas, Texas.

He said his grandparents, A.V. Hillhouse and Ozell Hillhouse, raised him. They were living in Greenville, Mississippi, until 1969. That’s when his grandfather retired from his job as a municipal employee in Greenville. They moved to Texas and went to work operating the Save No. 5, one of several gas stations that Kimbrough owned.

It was already called Merry Christmas, Texas, and Burks said the population was him and his grandparents, who lived on the property.

The dinosaur at the gas station was a “Sinclair dinosaur” that was on-site because it used Sinclair brand gasoline. The Sinclair logo had a dinosaur. The dinosaur was about the size of a Jeep, Burks said, and was made of fiberglass. It was on a pole and spun slowly.

Burks recalled the dinosaur was stolen once. It was found in one of his friend’s grandmother’s yards, returned to the station and attached more securely by welding it so it couldn’t be victim to another teenage prank. He also recalled that the gas station was featured in the early 1970s in the “cornfield” segment on the “Hee Haw” television show.

He was 15 when the family moved to Texas. His grandfather died in 1974, and he and his grandmother moved to White Oak where she had family. She later returned to Mississippi, but Burks, who graduated from Hallsville High School, had decided by then that he was a Texan.

He recalled that the gas station had two “Merry Christmas, Texas” signs on either end of the building. He learned later about a woman who had bought them. He was able to obtain one that is now on a shop building at his house.

The station, which was at the 599 exit off of Interstate 20, where Tuff Shed is now located, was later torn down. He doesn’t know what happened to the dinosaur.

“I would give anything to get that dinosaur,” Burks said.

So, if anyone knows where it’s at, let Answer Line know. Maybe we can arrange a reunion.

A: The 75603 zip code does exist, but it’s assigned to an area that includes portions of both Gregg and Rusk County. So, think Lakeport area.