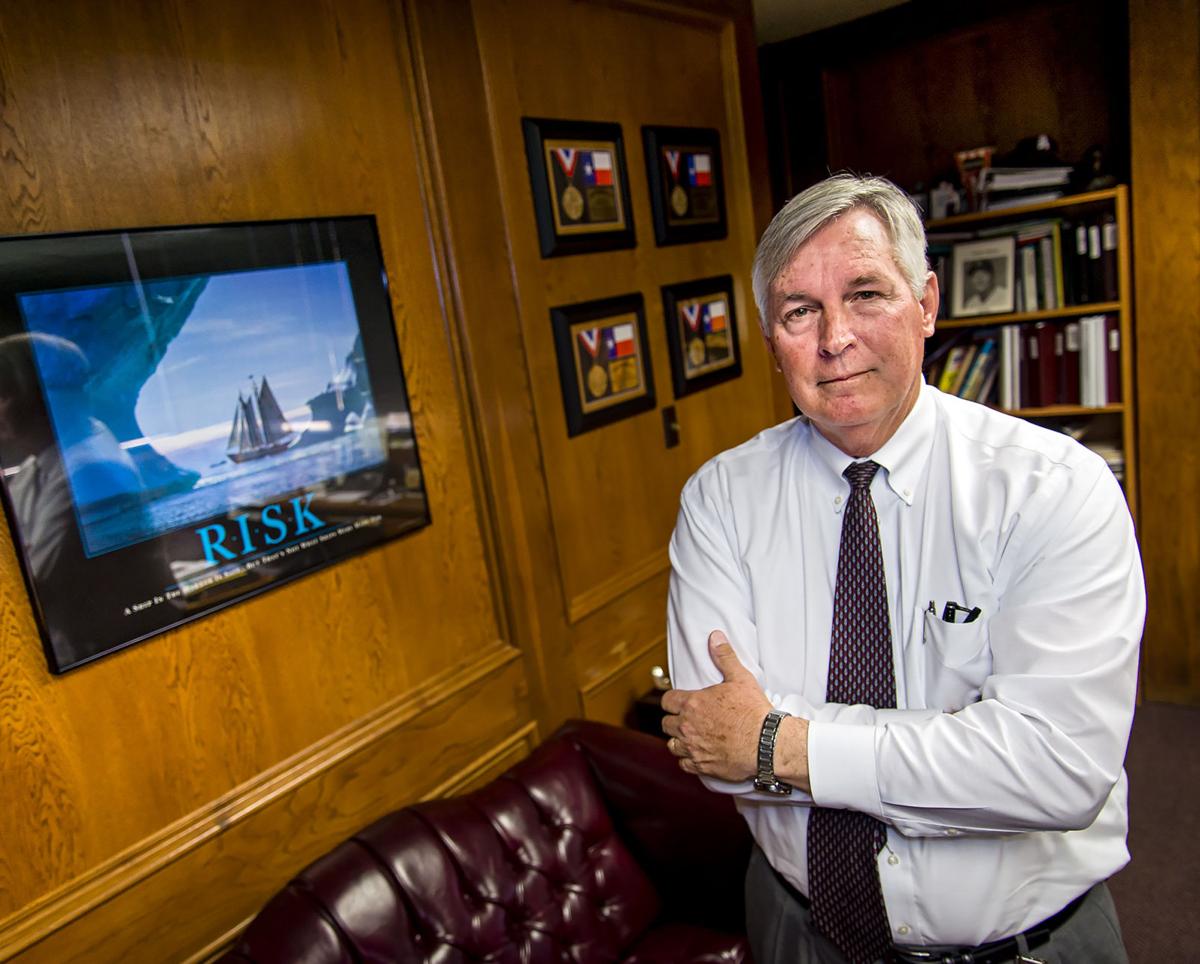 White Oak ISD Superintendent Mike Gilbert, seen this past week, is set to retire Dec. 20 after 13 years leading the district. “The last 13 years, I think I’ve been a part of the most important work that I’ve ever been exposed to,” he says. 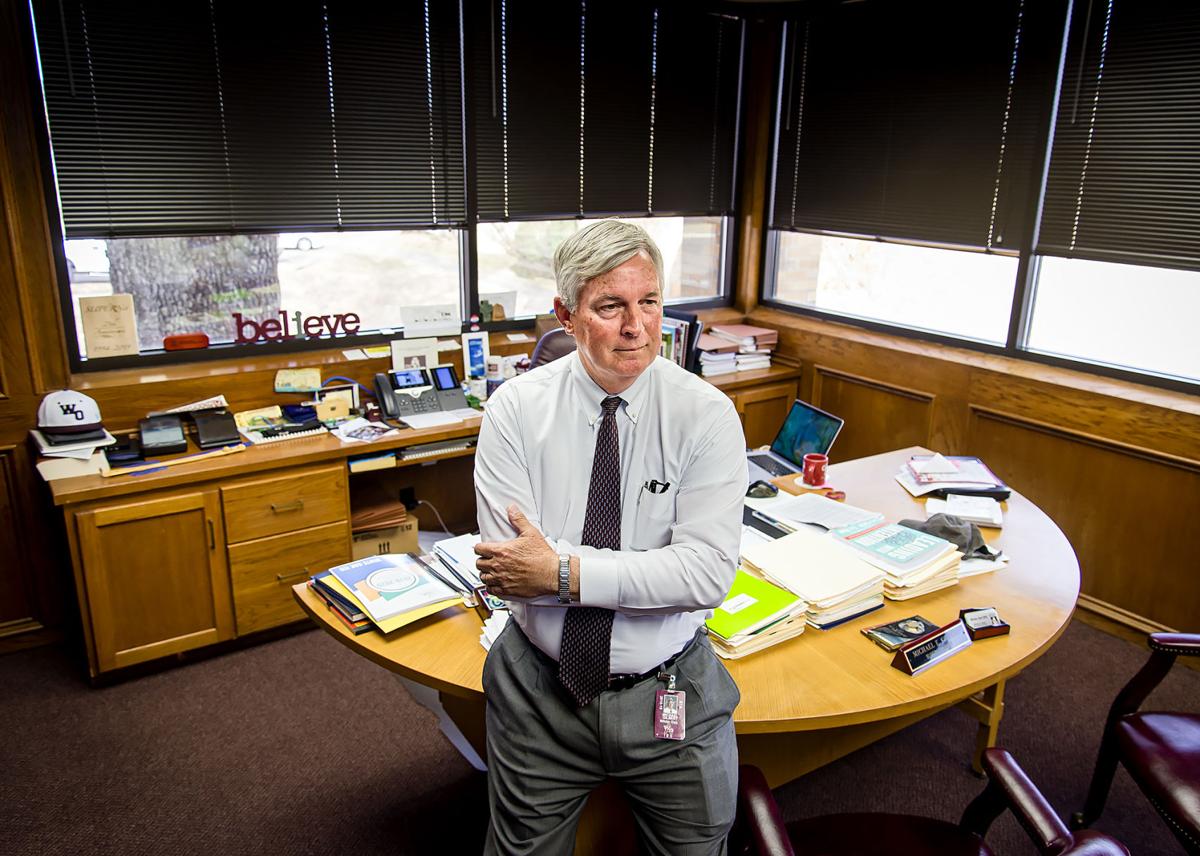 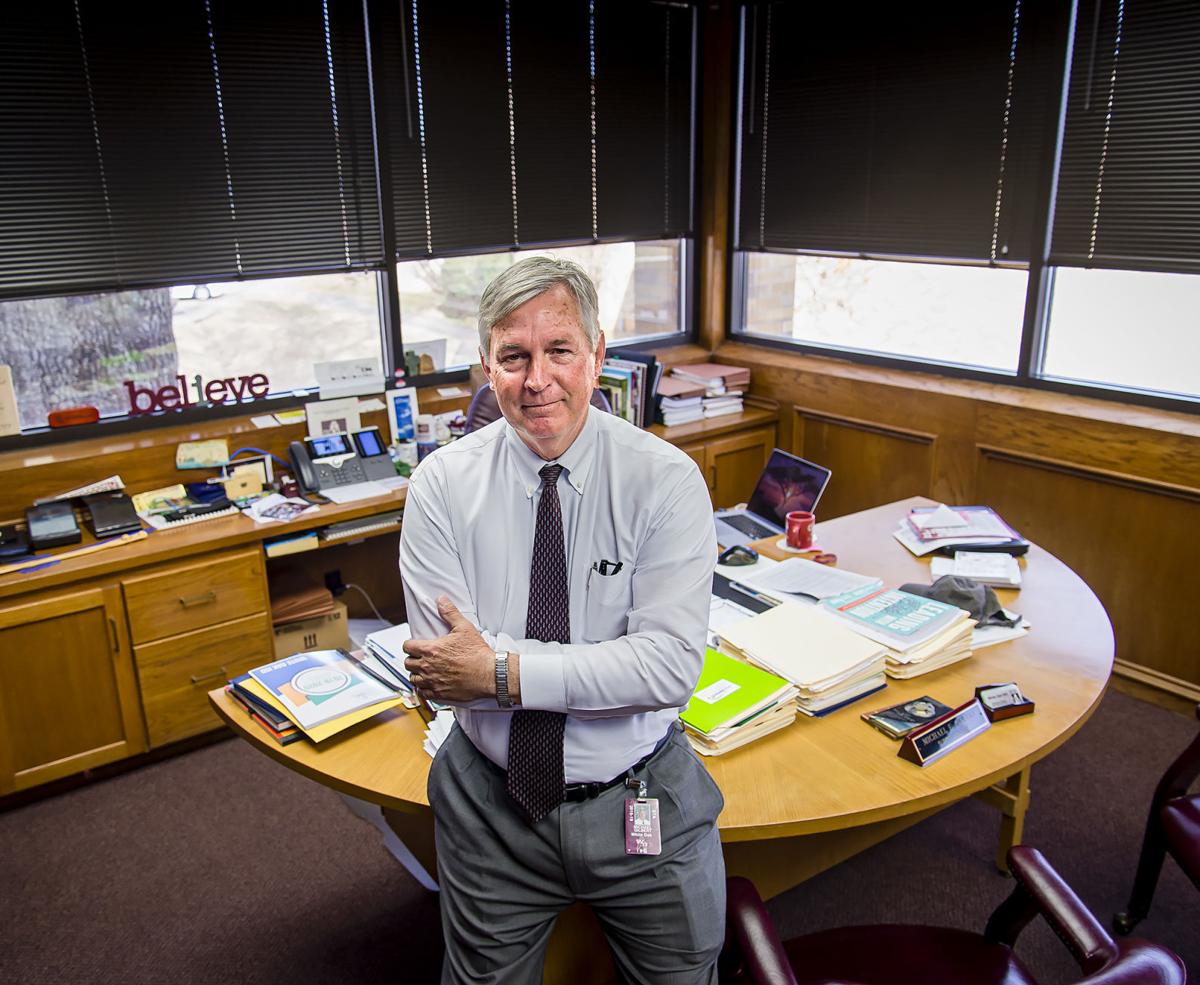 White Oak ISD Superintendent Mike Gilbert, seen this past week, is set to retire Dec. 20 after 13 years leading the district. “The last 13 years, I think I’ve been a part of the most important work that I’ve ever been exposed to,” he says.

Mike Gilbert believes education is and always will be about people.

The soon-to-retire White Oak ISD superintendent says no machine or program can replace the impact a teacher can have on a student.

Keeping that ideal in mind is what kept him in education for 39 years and what assures him the future of the district he’s led for 13 years is safe.

Gilbert’s last day is Dec. 20, the final day of the fall semester.

The White Oak ISD board this past week approved former Gladewater ISD Superintendent Mike Morrison to serve as the interim superintendent until a replacement is hired by March 1. His first day will be Jan. 6, when students return from the holiday break.

Gilbert said he believes it is the right time to retire and is ready to spend time with his family.

“I’ll be the first one to say my family, a lot of times, were put on the back-burner for the work I did for everyone else’s kids, especially when I coached,” he said. “I saw everyone else’s kids a lot more than I saw mine. I’ve got two grandsons now, and hopefully I can spend a little time connecting with them. I’ve got a wife I’ve dated since I was 15 years old, and we need to spend some time together. She’s pretty special.”

As he prepares for his last weeks as White Oak ISD superintendent, Gilbert said he believes he is leaving the district in great shape.

“There are a lot of places that have good structures, good software, good hardware,” he said. “I think we’ve got a good leadership team. We have a good board, (and) we have great teachers and support staff that really care about our kids. And in turn, because of that commitment and care, our kids care about the people that they work with.

Gilbert said he believes White Oak ISD is special. He started his tenure as superintendent in 2006. Before that, he was principal at Spring Hill High School and also spent time as White Oak High School principal.

Although he sees White Oak as a superb district, Gilbert takes little to no credit for getting it there.

“I also want to be clear: that was (the case) when I got here,” he said. “We had teachers who cared about kids, kids who cared about teachers. It’s a close-knit, small-town atmosphere. Probably my best accomplishment is I didn’t mess it up.”

He said the district focuses on transparency, communicates with parents, has a strong relationship with the community, works with the county and partners with churches.

Other districts can try to recreate what White Oak has, but Gilbert said it would not be easy.

“The thing that’s hard to recreate is that, in a community this size, this is a hub of activity, really, of everything that goes on here,” he said. “We still have probably at least two-thirds of our graduates every year are 13-year Roughnecks. There’s a stability here of people that live in this town and stay in this town, and I think that school’s a big part of that.

“Really, it all comes back to relationships, showing a genuine concern to the kids in your classroom all the way from pre-K to 12th grade,” Gilbert said.

During his time as superintendent, Gilbert said he has seen the district win 11 state championships — from journalism to basketball to bass fishing — and even the University Interscholastic League Lone Star Cup, which is a conference-wide award.

But Gilbert said remembering those accomplishments just remind him of the people who worked hard to achieve them.

“Winning championships, getting awards — those kind of things are a source of pride because it’s the accomplishment of our kids that gets us there, but the way they care about each other is probably number one on my list,” he said. “That’s all this business is really about, is people.”

Gilbert said when teachers come into the district, one of the first things they are assured is that White Oak ISD invests in its educators.

Gilbert, along with the school board, also oversaw the completion of the 2017 bond projects, which upgraded the district’s infrastructure. He said the bond was important because it assures there will be a safe, effective place to keep having school for the next 20 years.

Over the course of his career, Gilbert said he has seen many changes to education. In all those changes, though, educators are still preparing children for jobs that have not even been created, .

A positive change is an improvement in instruction, he said. Now that there is more oversight of what is required in classrooms, training and expectations are better, which results in children learning more.

“You’ll hurt some people’s feelings sometimes in the community when they’re talking about how much tougher school was when they were in school. That’s just not true. It’s not even close,” he said. “In 1965, which was before I started, you could graduate from high school with 13 credits. Thirteen credits will get you to be a sophomore now. We require more courses, more credits. The material we cover is much more significant than it was.”

As he ends his career in education, Gilbert said what he wants to see changed the most is the focus on testing.

“We take the state’s test because the state tells us to, but that’s not what we work on every day,” he said. “Our focus is to create good citizens that can work together with people and know how to solve problems.”

“There’s still a lot of people that hang a label on a school based on a test that happened one day in the spring over one subject area, and quite frankly, that’s just insane,” he said. “We’re an A district, good for us. They’re hanging numbers and letters at schools where there are a lot of good things happening to consider and they don’t give weight to, so I’d like to see that diminished.”

Despite those challenges in the industry, Gilbert said he still believes the work he did was valuable.