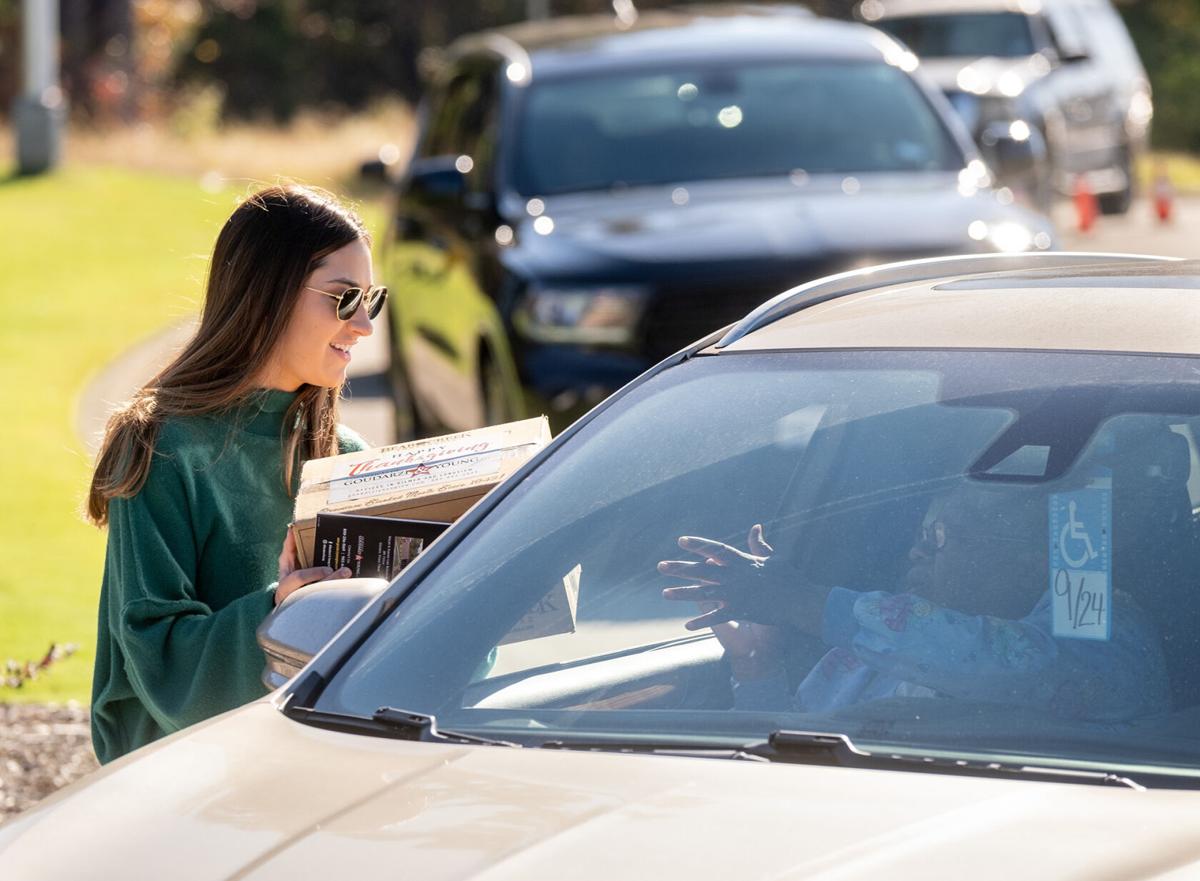 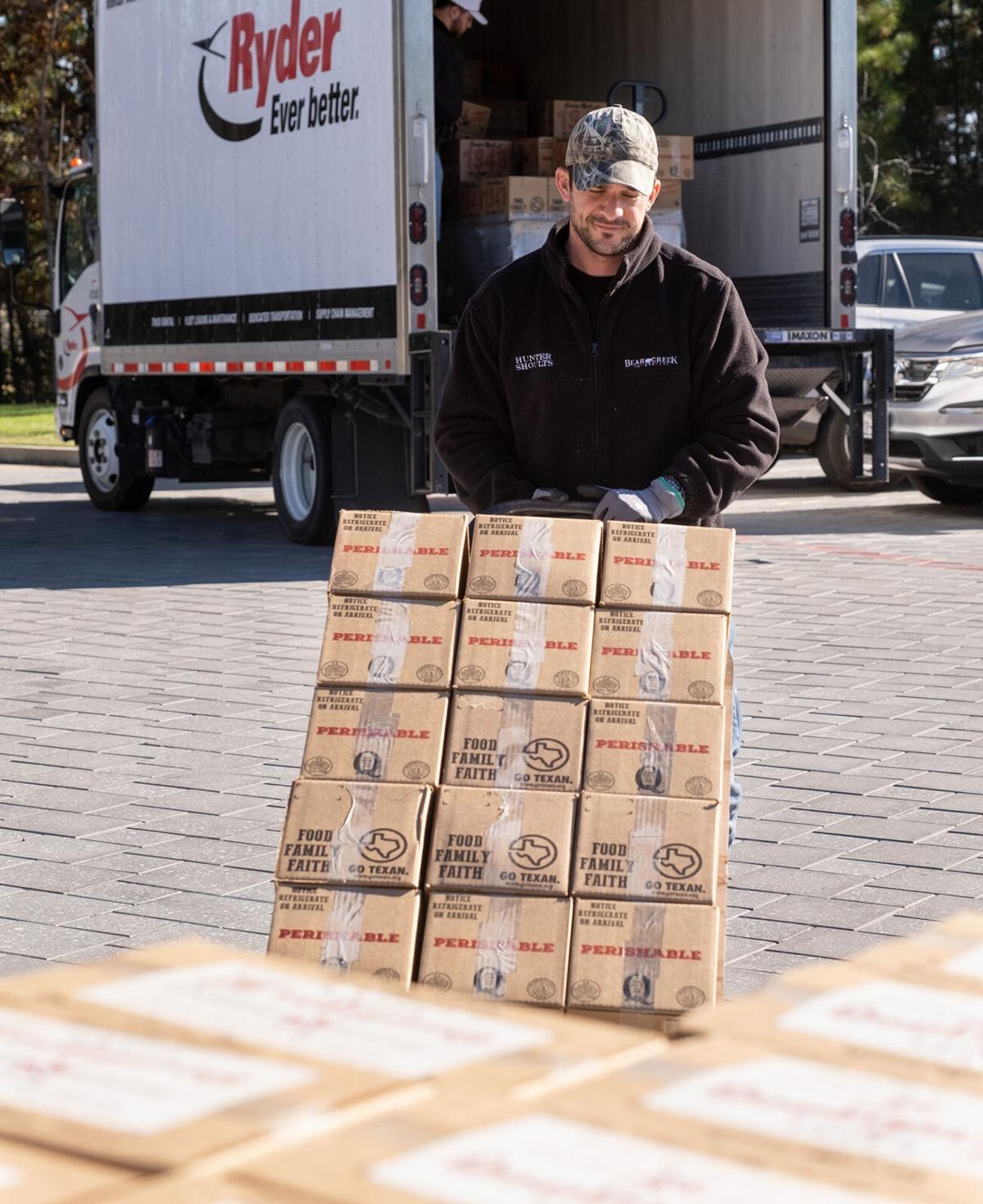 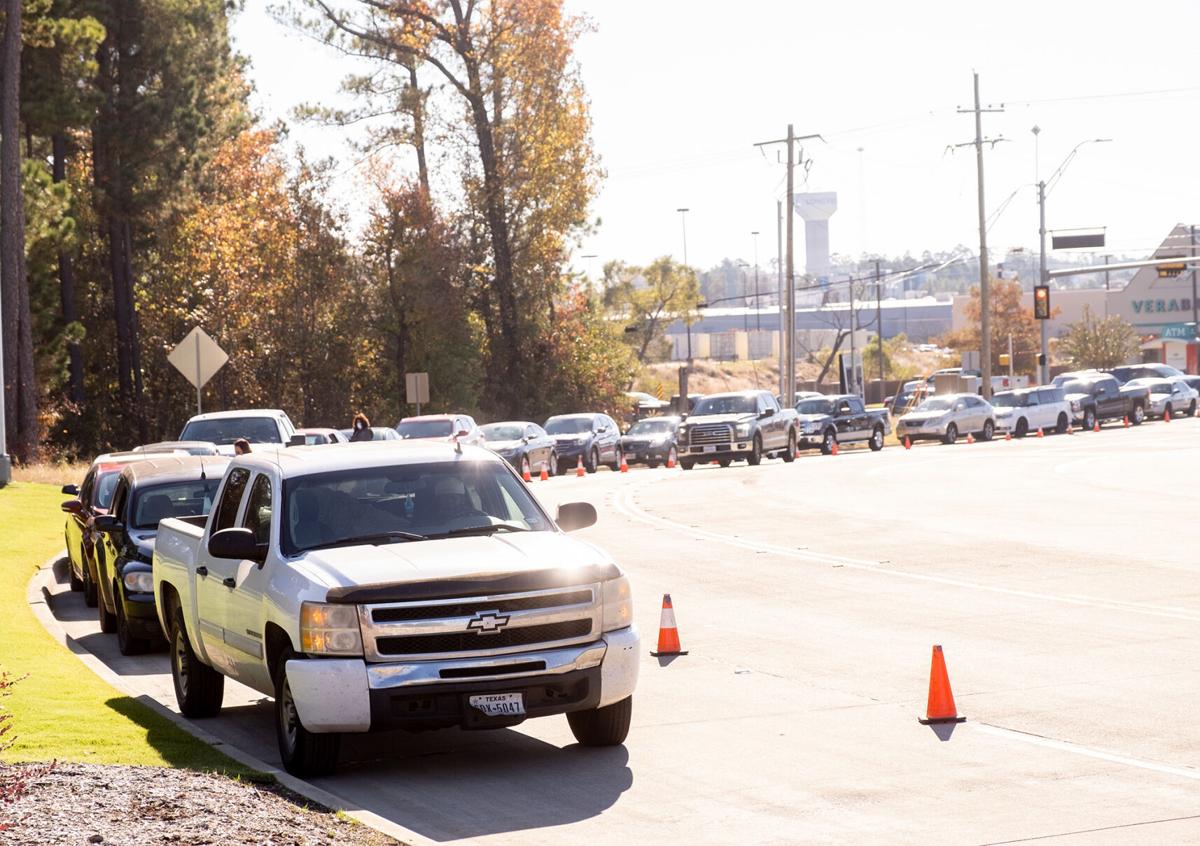 A line of vehicles that began to form around 2:30 a.m. Tuesday to receive free turkeys at the Goudarzi & Young law office in Longview. 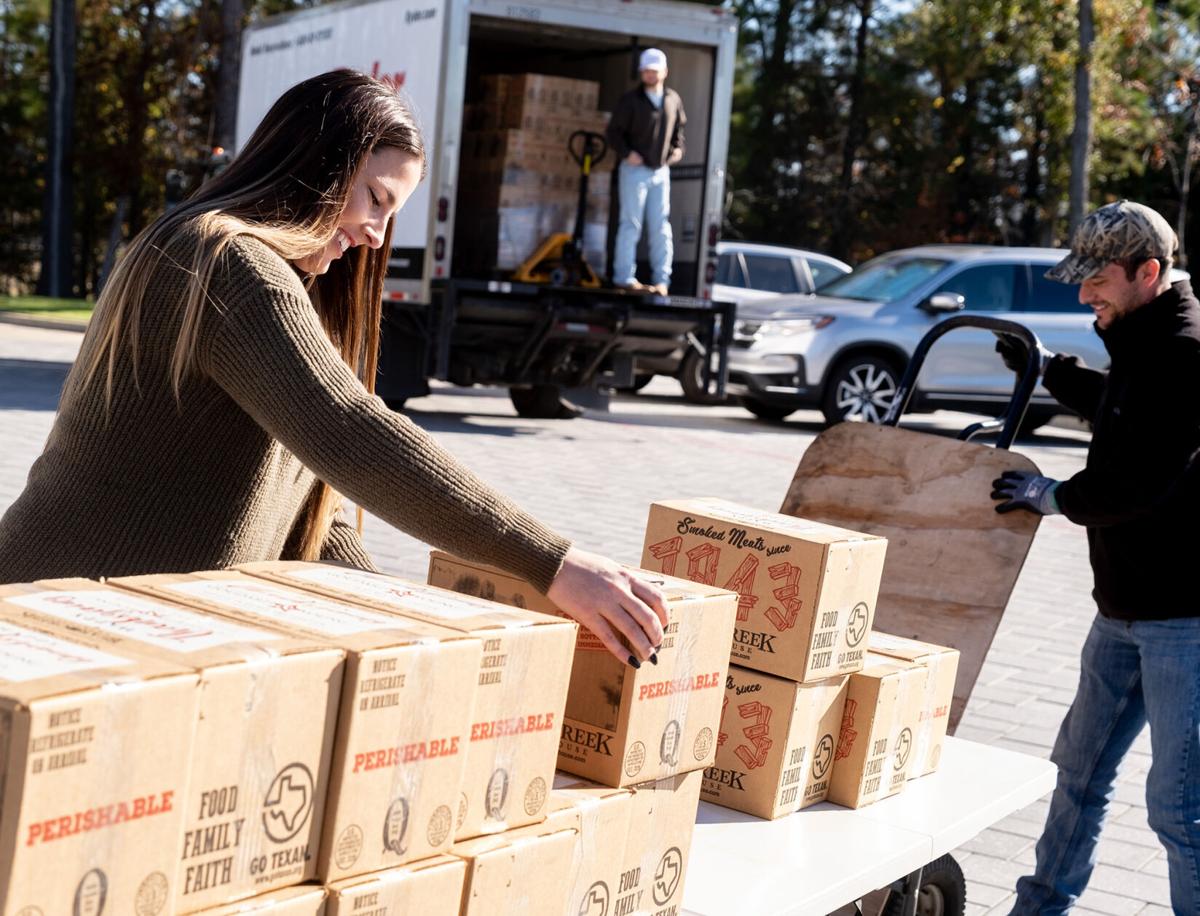 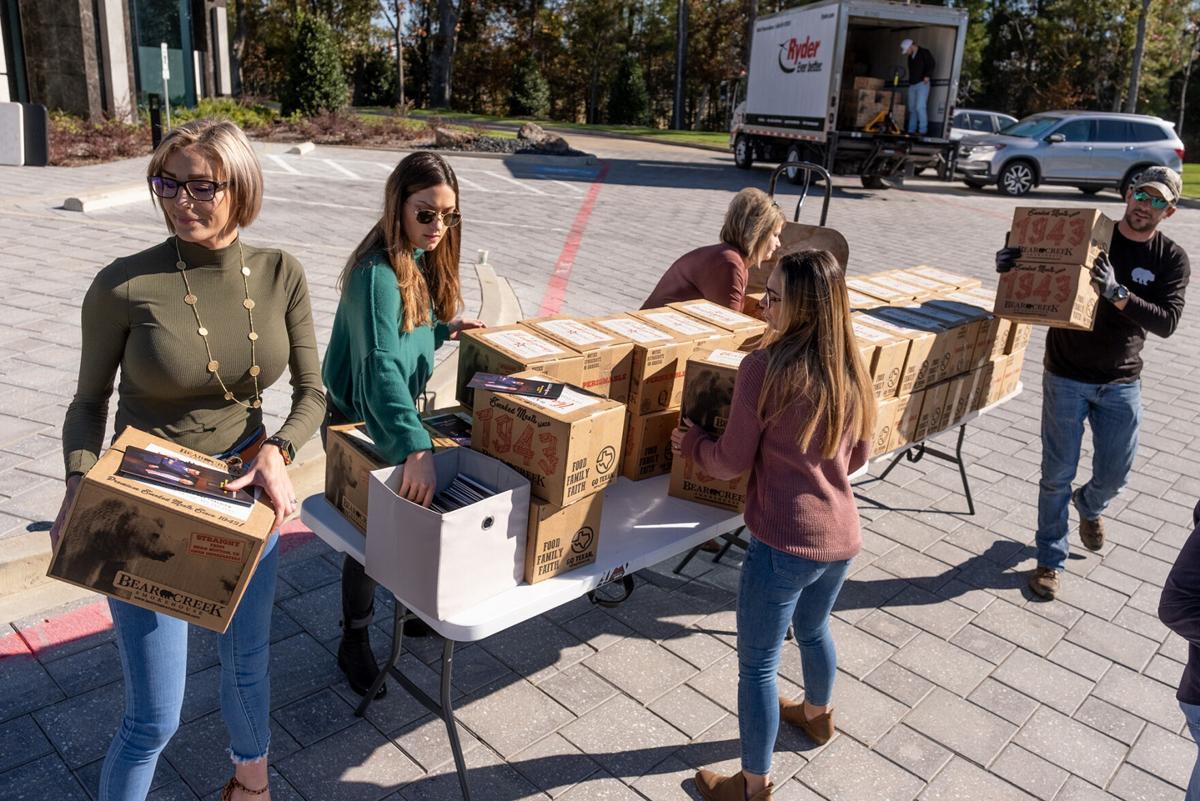 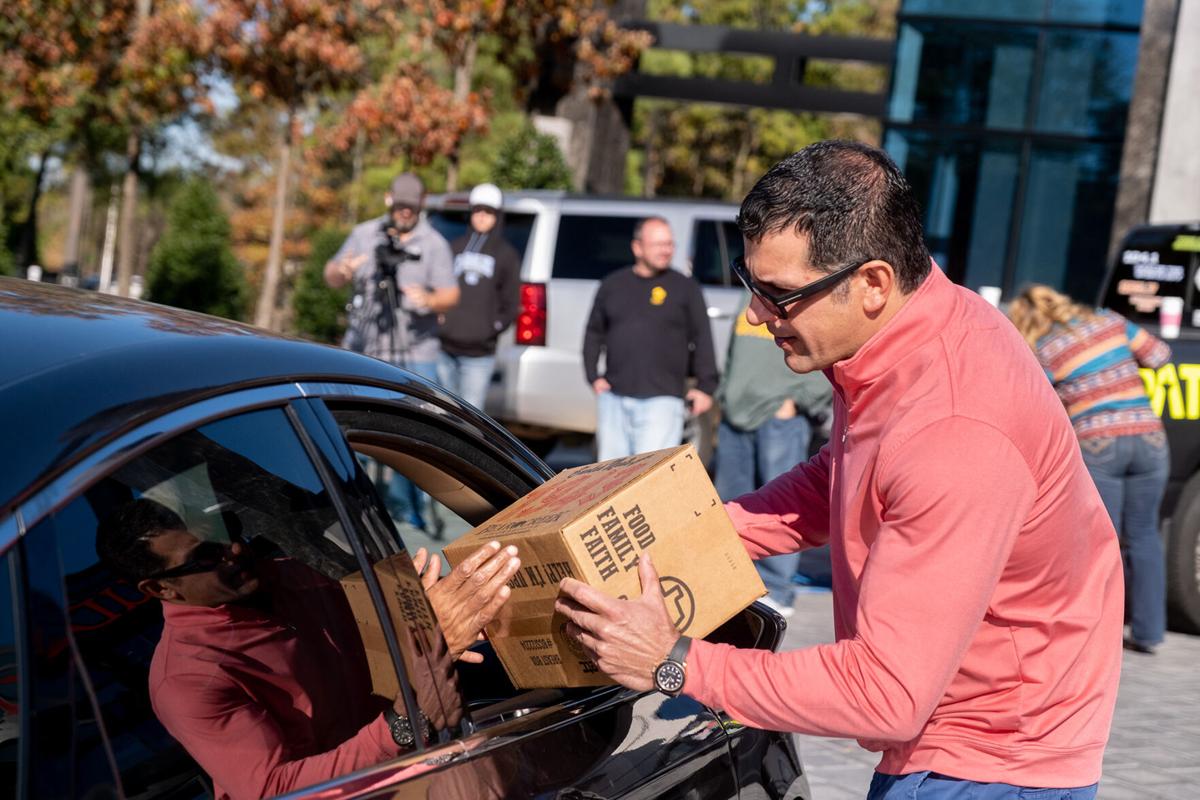 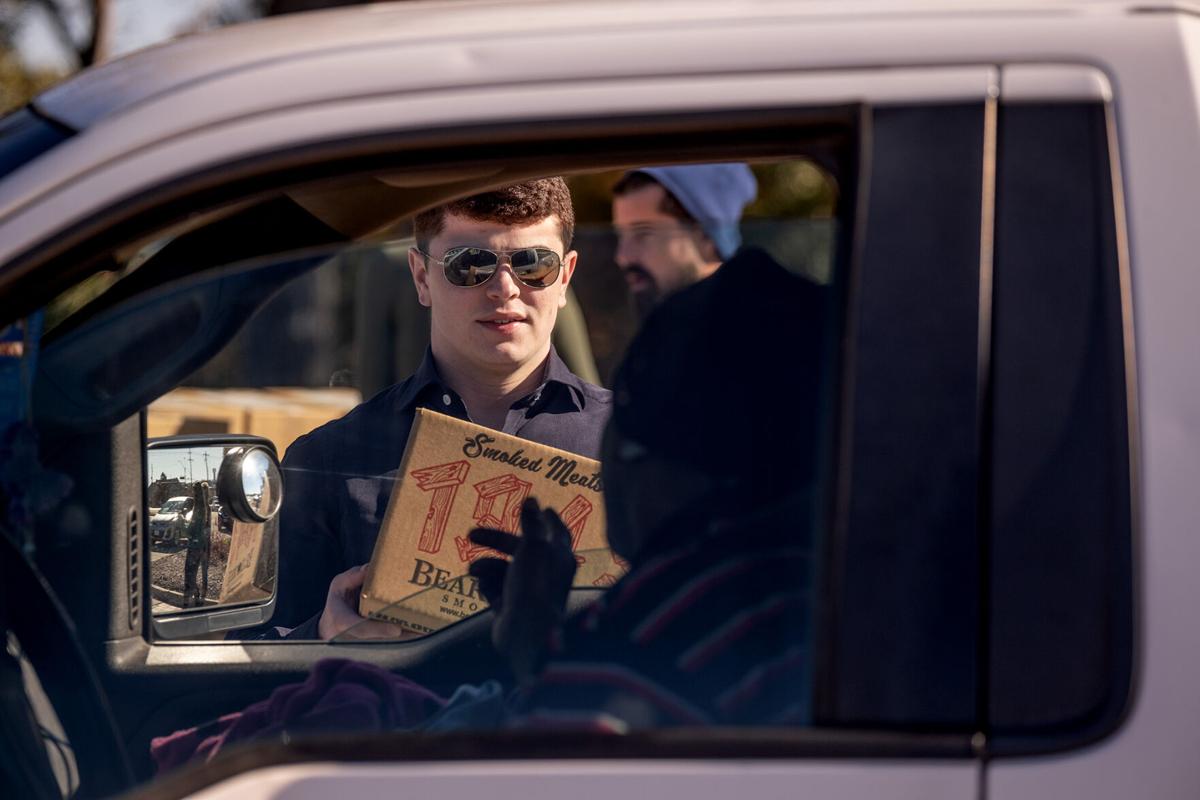 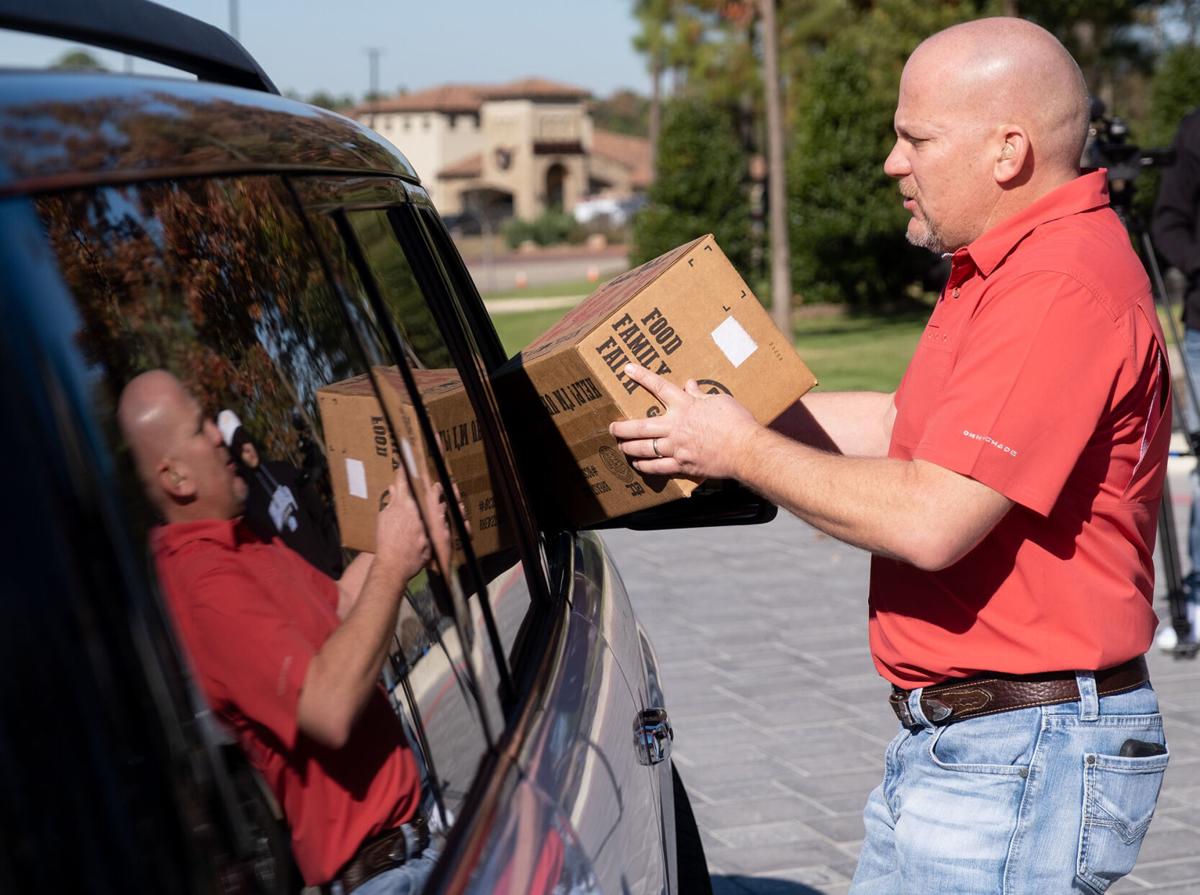 Marty Young hands out a free turkeys Tuesday at the Goudarzi & Young law office in Longview. 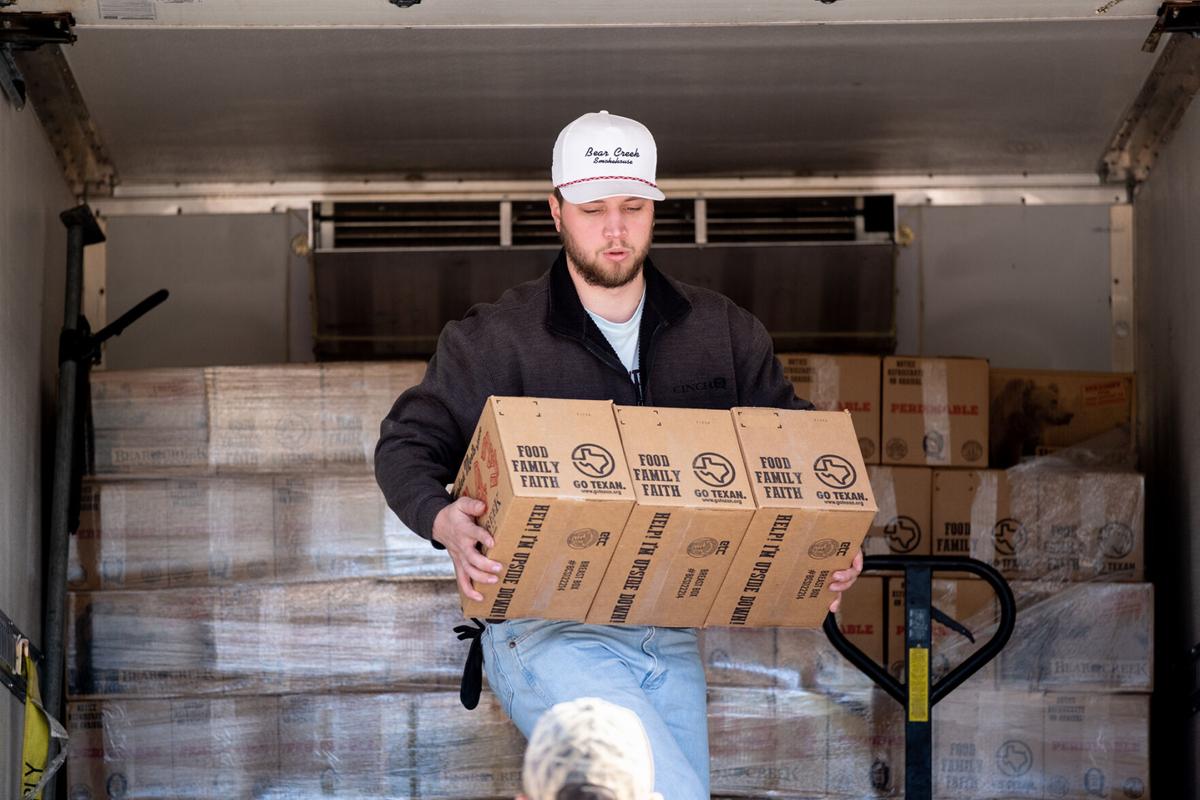 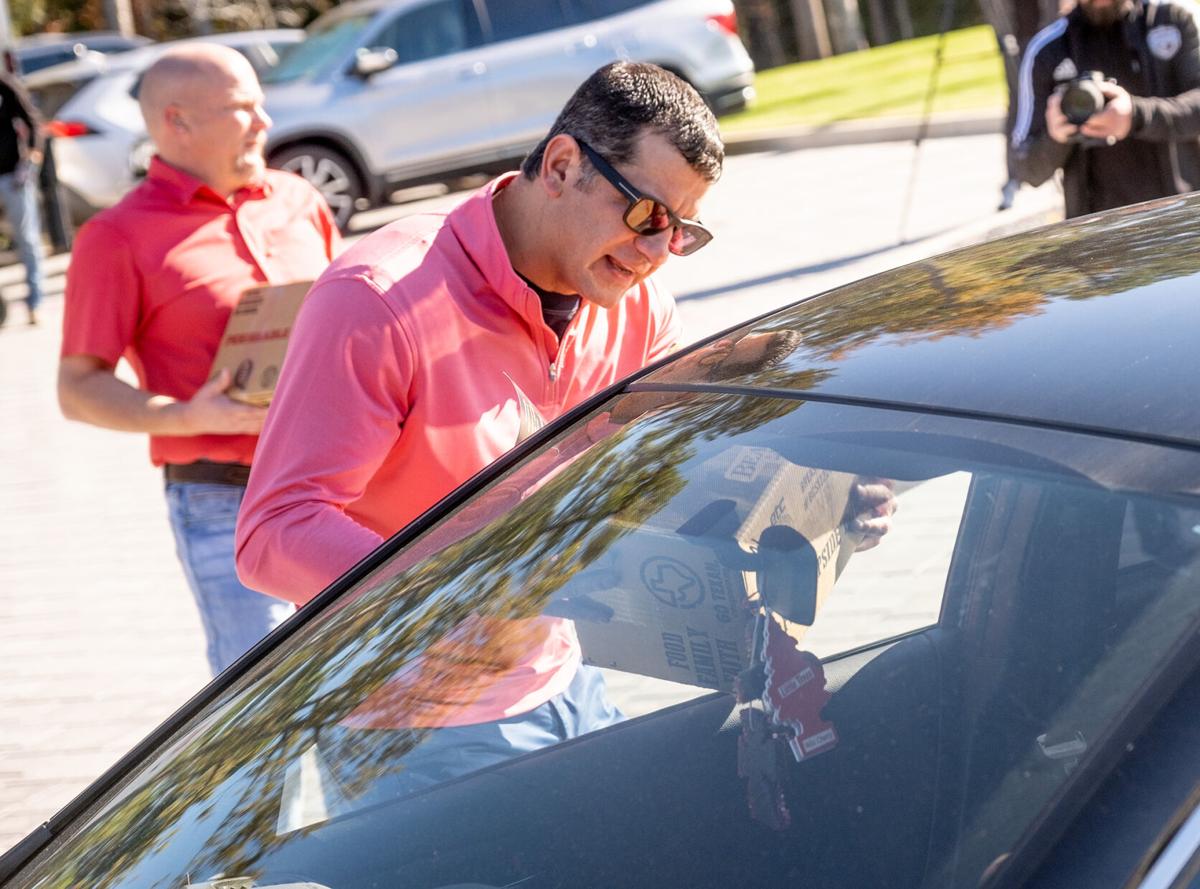 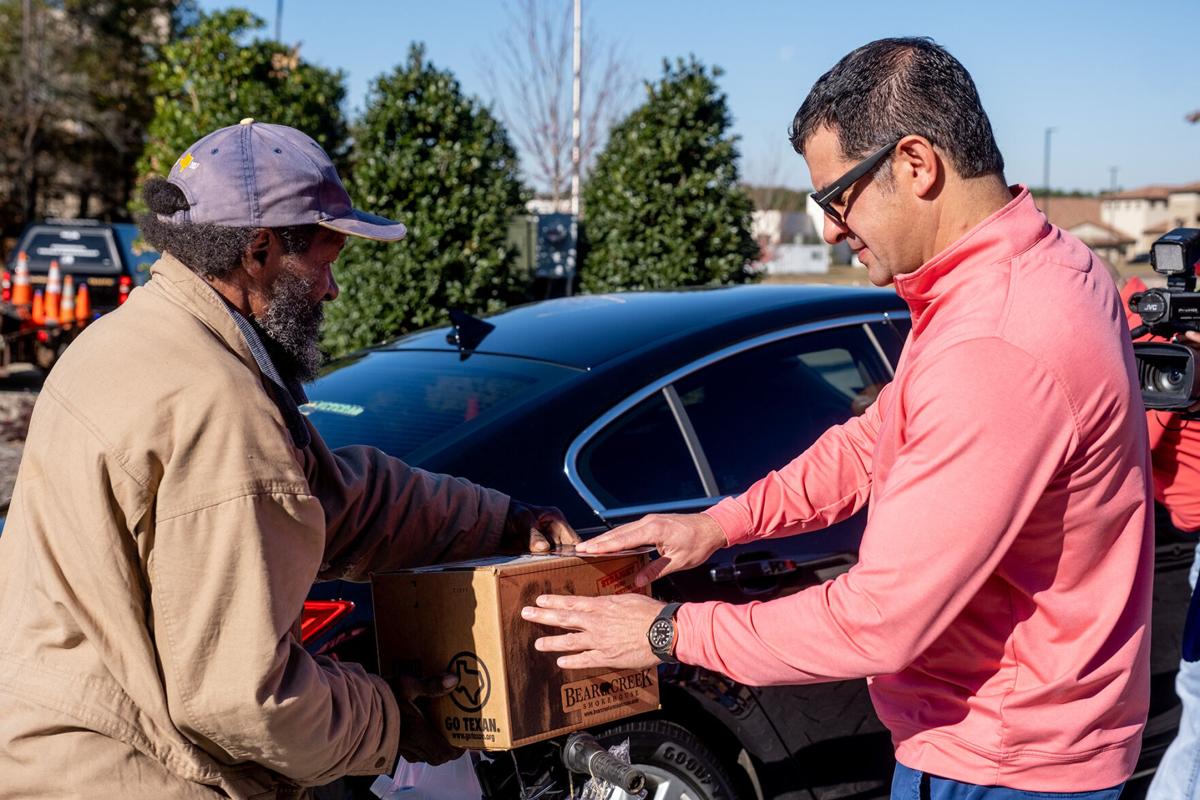 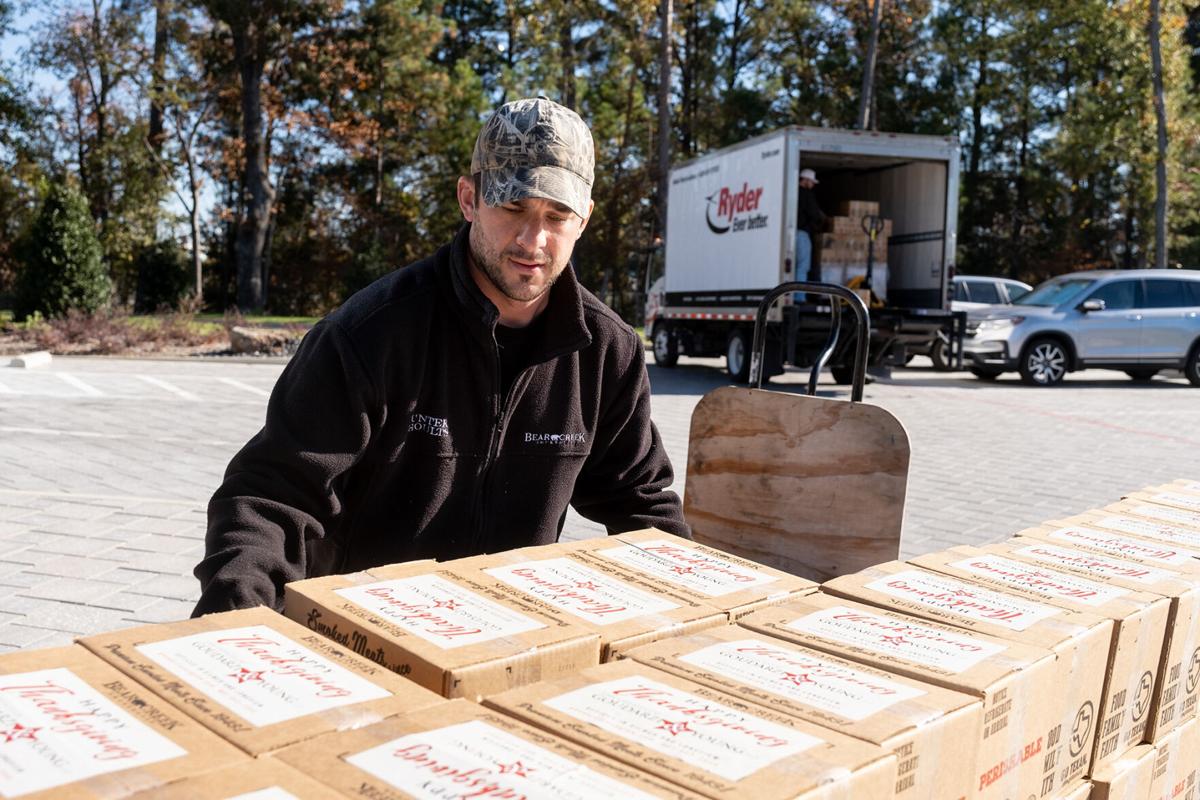 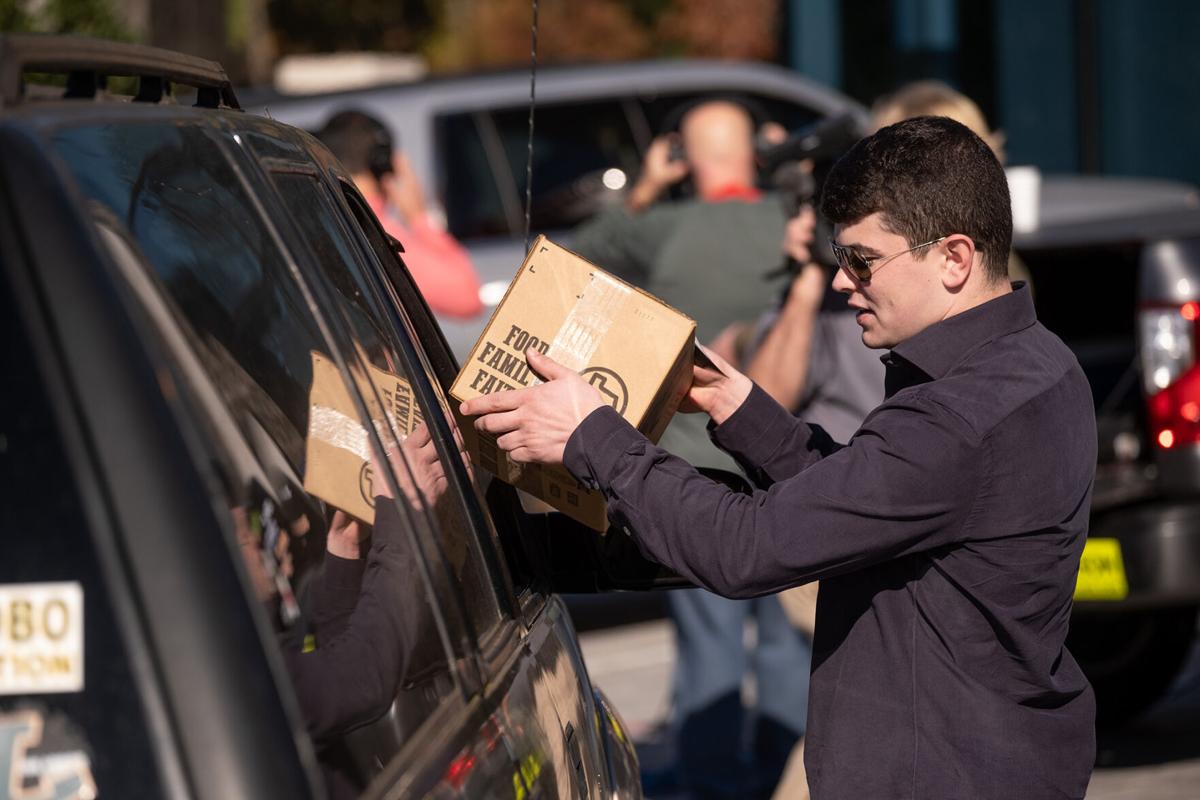 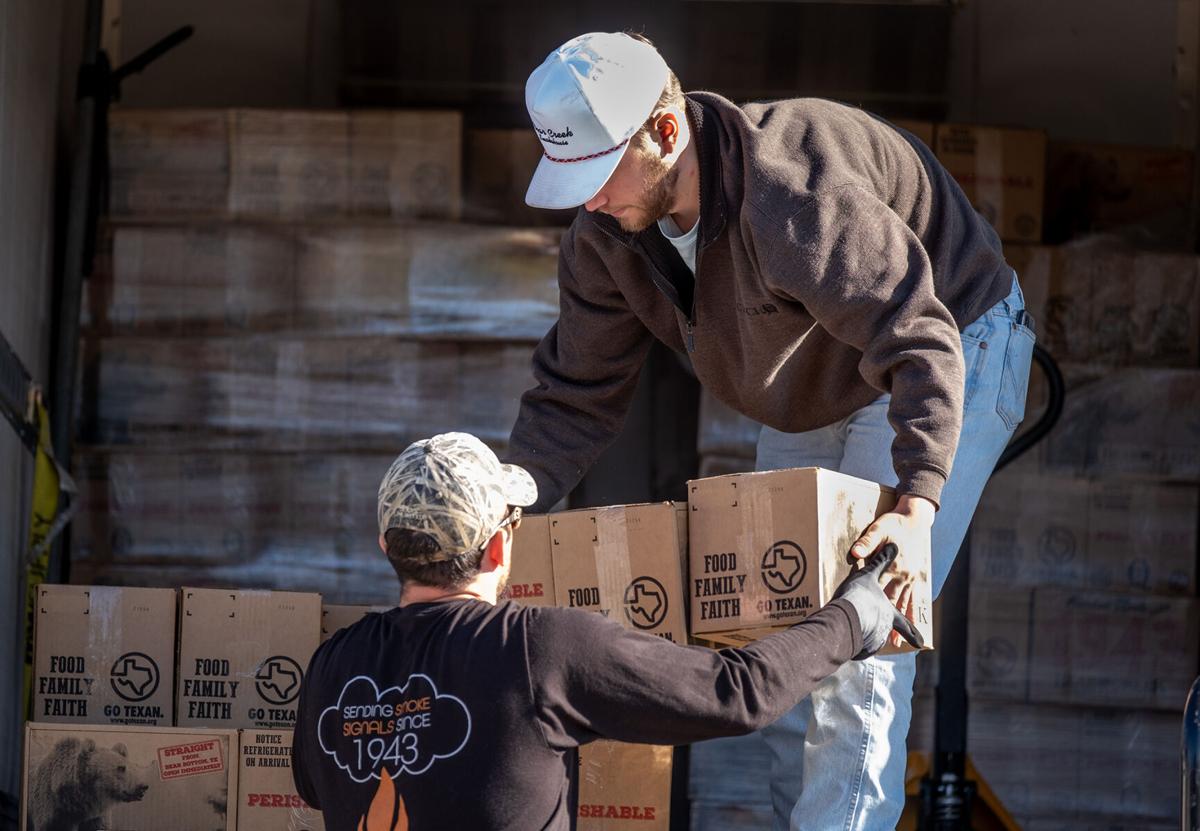 A line of vehicles that began to form around 2:30 a.m. Tuesday to receive free turkeys at the Goudarzi & Young law office in Longview.

Marty Young hands out a free turkeys Tuesday at the Goudarzi & Young law office in Longview.

Dorothy Wisdom drove from Ore City to arrive at the Longview Goudarzi & Young law office around 2:30 a.m. Tuesday to pick up a free Thanksgiving turkey.

“It means a lot to me because it’s something we really couldn’t afford right now,” Wisdom said. She said her husband has been ill, and she has been driving him around for treatments, putting a financial strain on their home heading into the holiday season. The turkey will help Wisdom entertain family and friends for the holiday.

The Wisdom family is not alone. One man rode his bicycle from Cotton Street to the law offices on Fourth Street for a free turkey.

The distribution didn’t start until 10 a.m., but vehicles had lined up long Fourth Street and down Hawkins Parkway toward Eastman Road hours before.

Last year, Brent Goudarzi said his firm began the distribution ahead of Thanksgiving and again before Christmas due to economic hardships from the COVID-19 pandemic.

Goudarzi mentioned a jury verdict from Monday where his clients were awarded $730 million and how important that verdict was for East Texas.

Each year, he said, the lines seem to get longer and the people arrive earlier to get in line.

“We can thank the city and the police for providing their expertise in helping us funnel the traffic into our office,” he said.

Cones and Longview police vehicles helped keep the line separate from flowing traffic through the area.

Annie Porter said the turkey distribution was a blessing at the right time.

“God’s got it,” she said. Porter’s refrigerator broke, and she had to throw out everything this week. Now, she has turkey and can have a holiday meal this year.

“To see the community come together for this, I thank God for everything and for the wonderful people here,” she said. “My mission is to encourage others to hold on.”

Sherian Alexander of Longview sat in her truck at the front of the line. She said she arrived before 3 a.m. to wait for her turkey.

“It means a lot to me because I’m not working. I only get a small little check because I’ve been off on injury,” Alexander said. “I’m unable to pay a lot of my bills and stuff and do food and everything.”

She’s looking forward to spending time with her children, grandchildren and siblings on Thanksgiving.

Bobbi Franklin of Longview arrived around 4:30 a.m. and entertained herself with a puzzle book.

“Sometimes your budget, you just can’t afford it,” Franklin said of Thanksgiving dinner.

She said she is looking forward to food and football this holiday and will be cheering for the Dallas Cowboys.