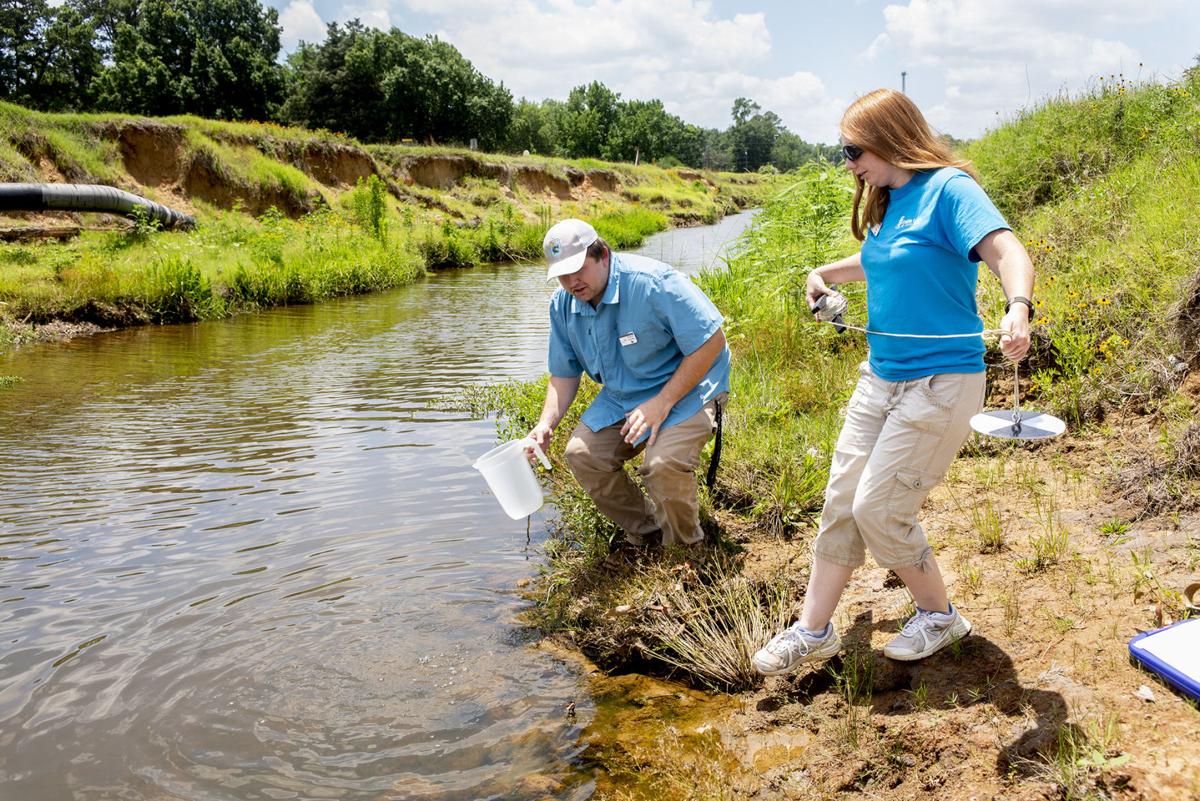 Data collected by the citizen scientists supplement ongoing, deeper probes by the U.S. Environmental Protection Agency and the Texas Commission on Environmental Quality. 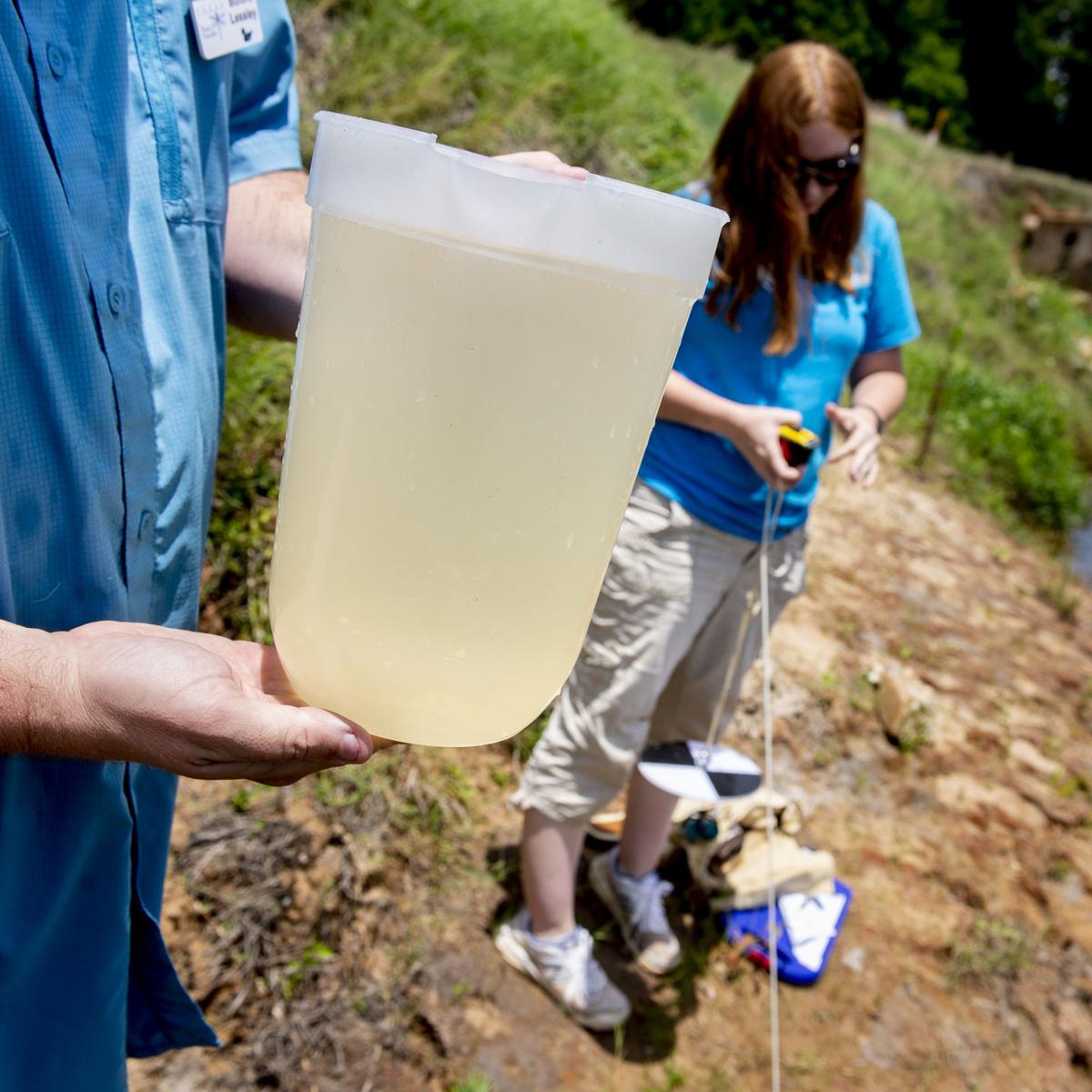 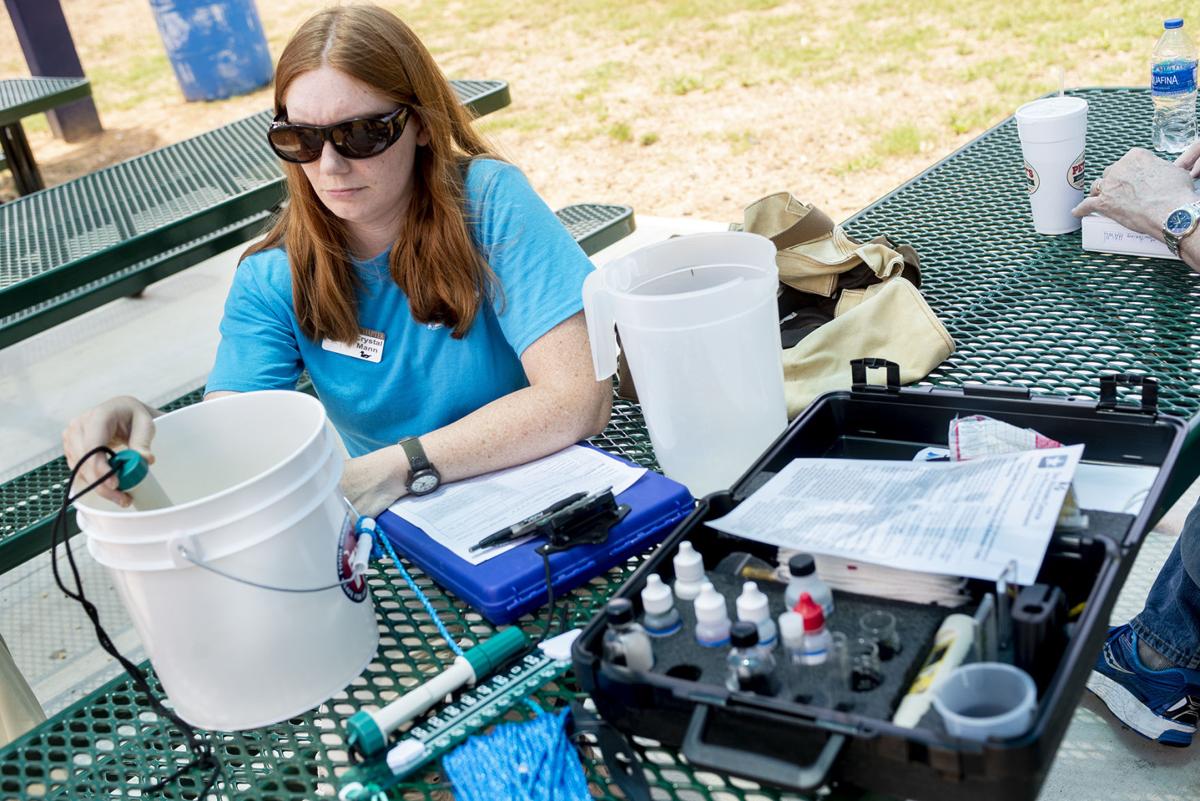 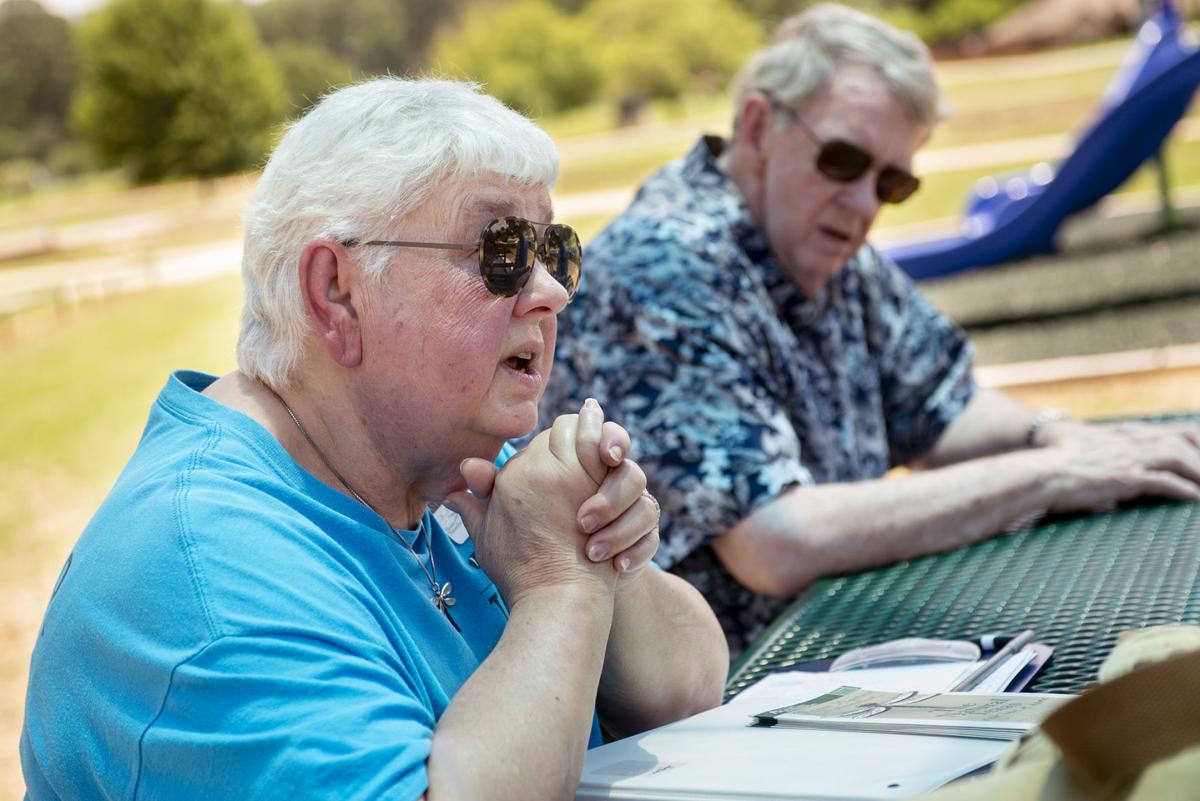 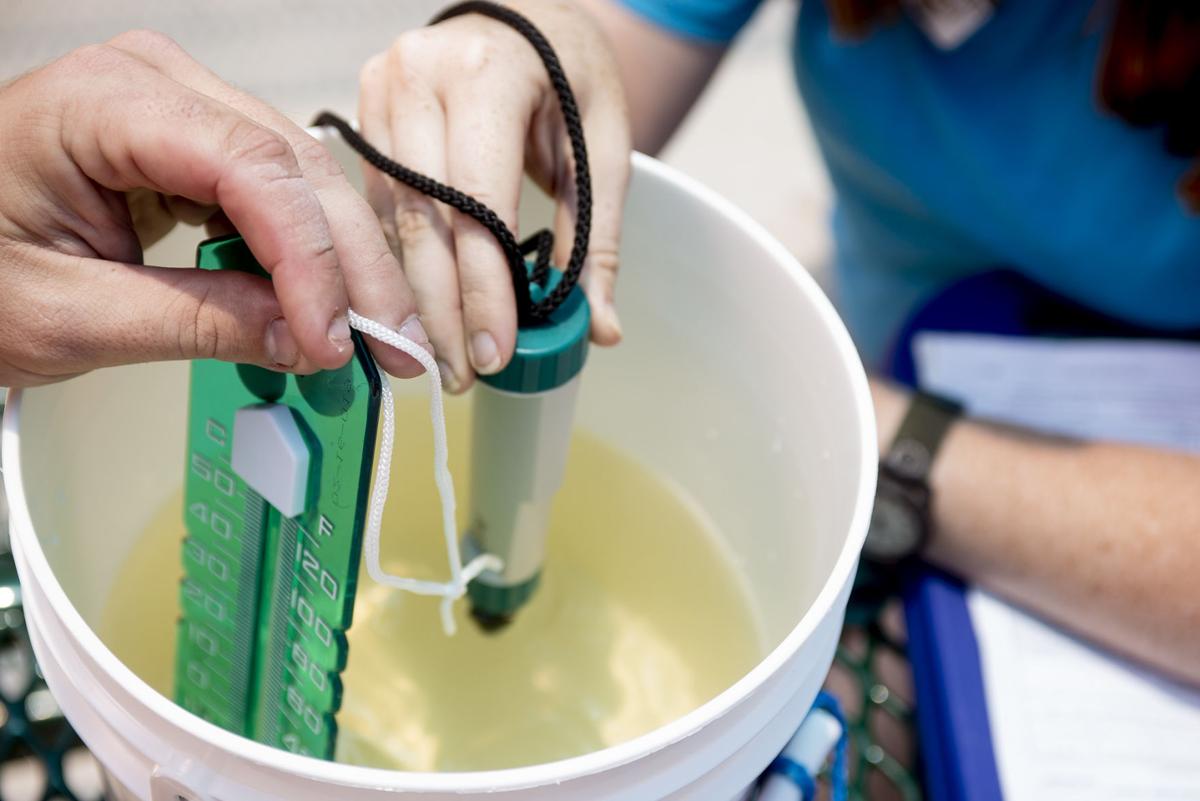 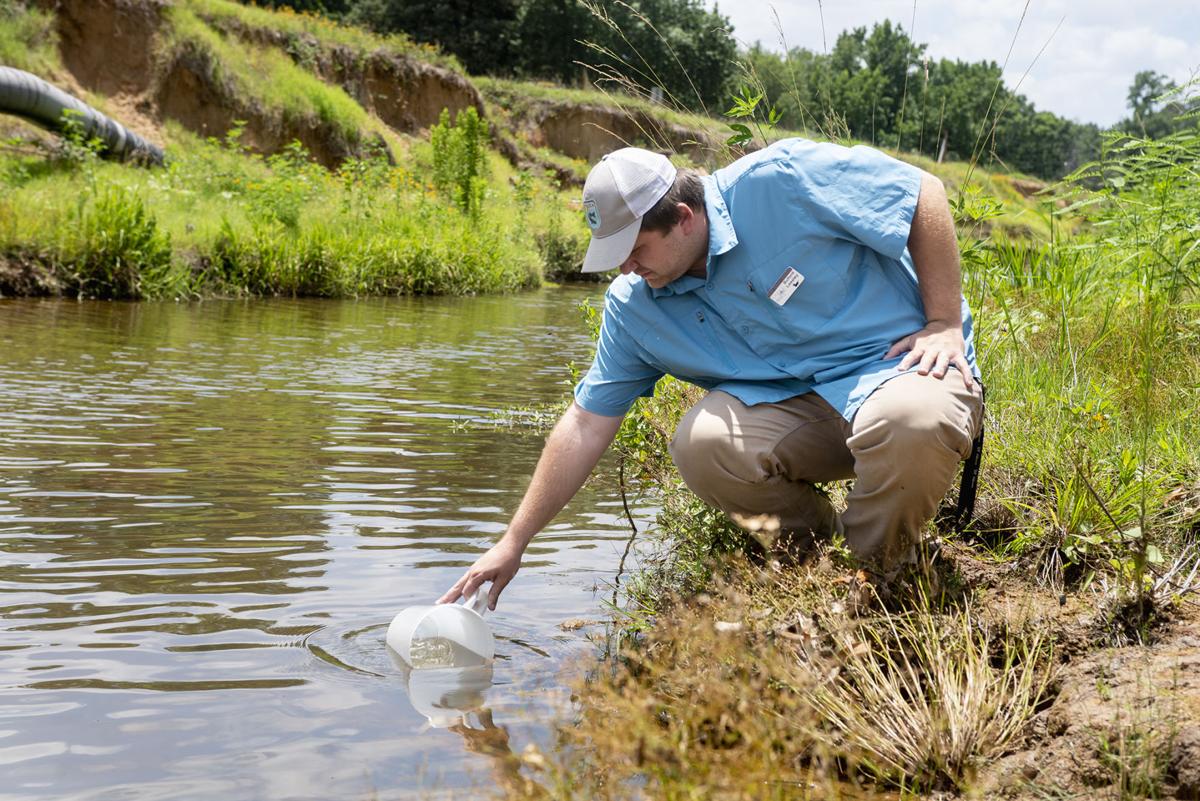 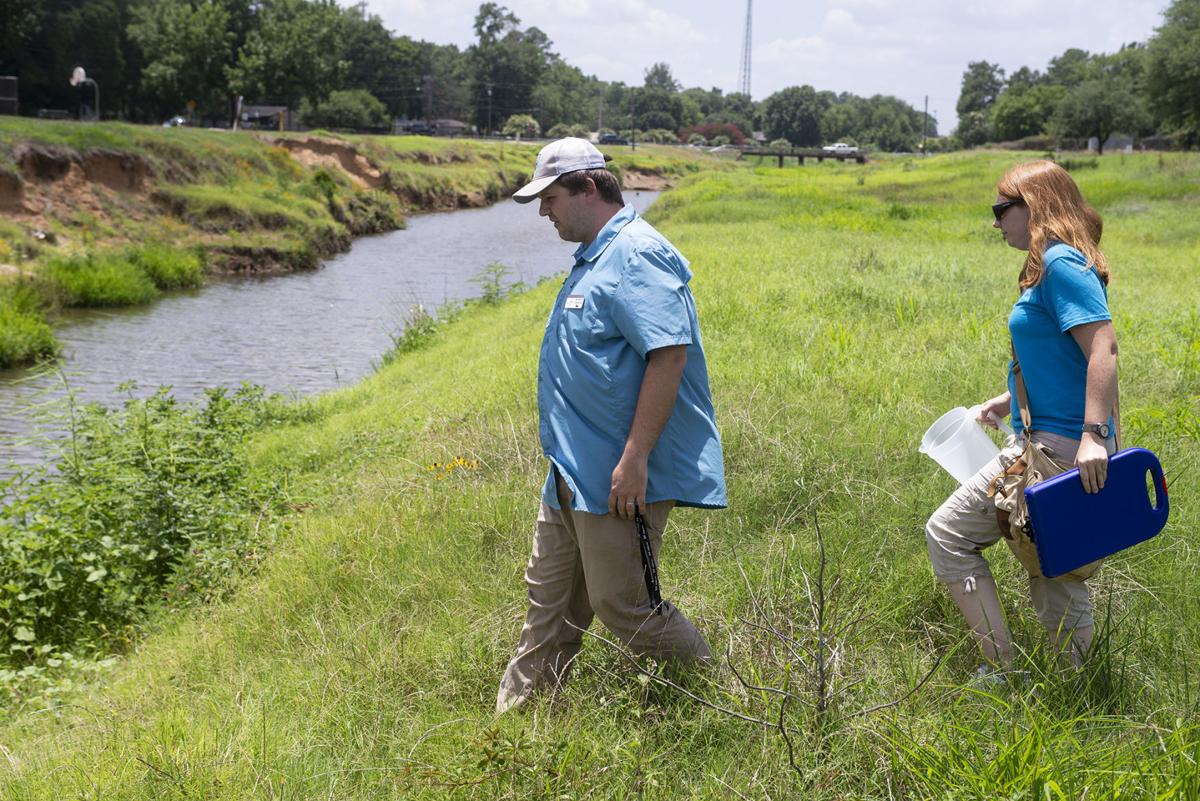 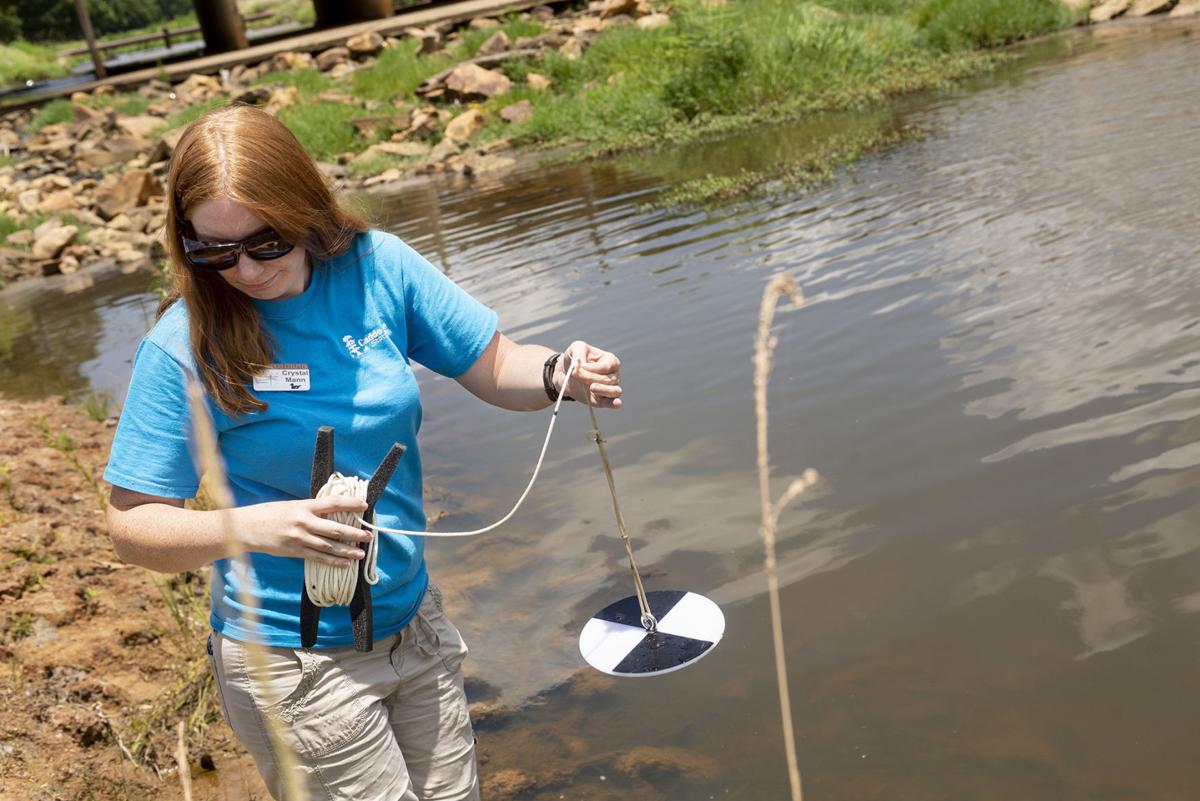 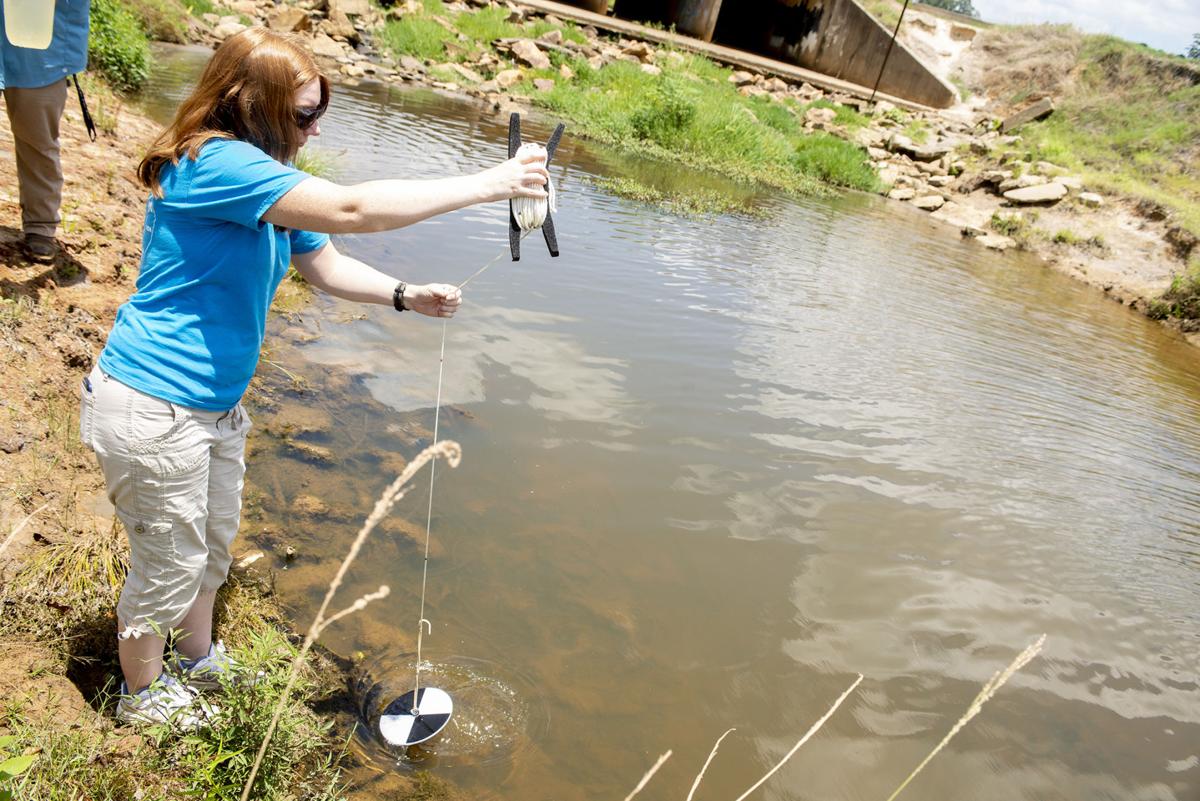 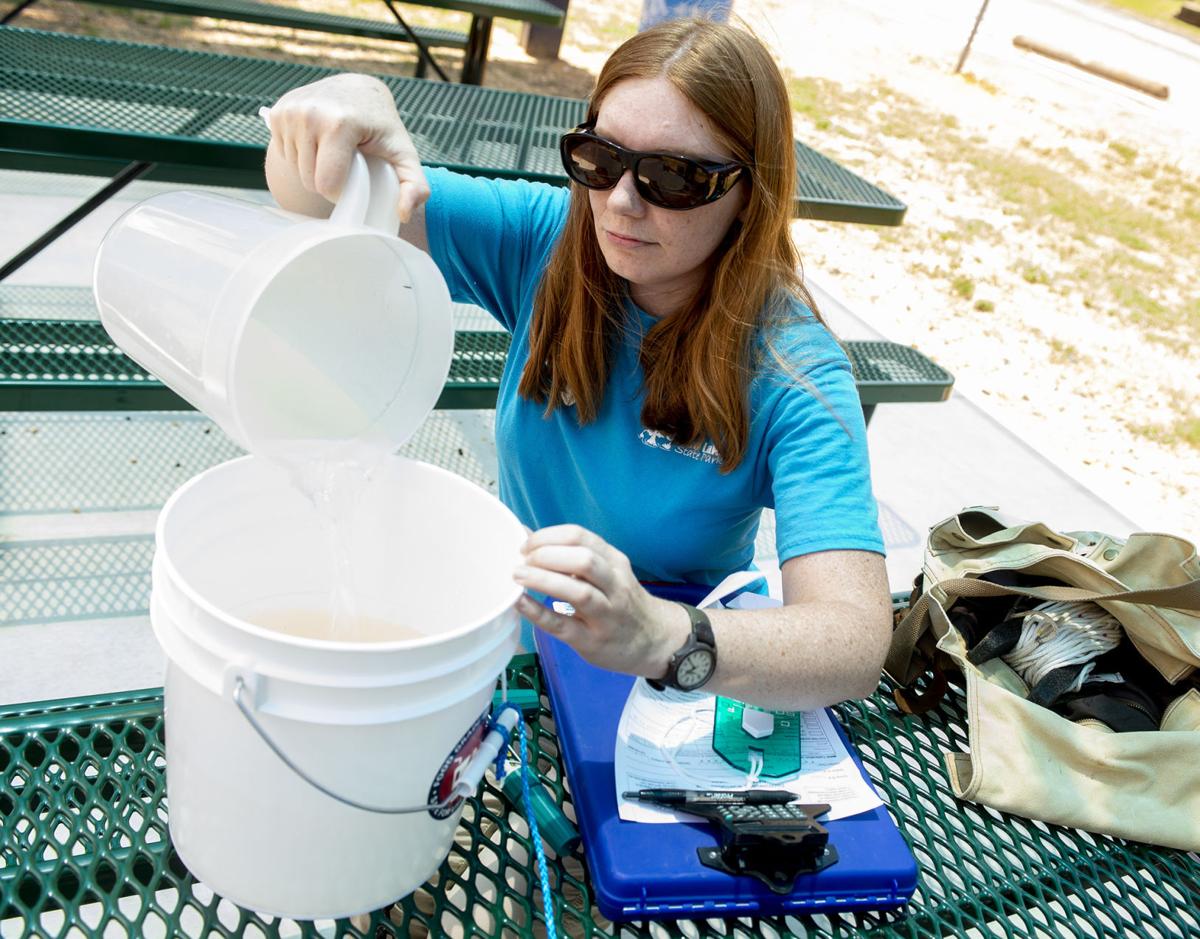 Data collected by the citizen scientists supplement ongoing, deeper probes by the U.S. Environmental Protection Agency and the Texas Commission on Environmental Quality.

Crystal Mann descended the grassy slope to Longview’s Guthrie Creek, a clear plastic tumbler in hand. She was trailed by Buford Lessley, carrying a small suitcase.

Mann pulled what looked like a two-tone pie plate on a chain from the case and lowered it to the bottom of the roughly 18-inch-deep creek. Lessley took the tumbler and captured about a gallon of the slow-moving water.

The Texas Stream Team was at it again.

“Everything we do is designed to be done in the field,” said Lessley, who recently became a trainer for the team.

The Master Naturalists are tied to the Texas Parks & Wildlife Department and Texas A&M University’s AgriLife Extension Service, while the Stream Team has been a function of the nonprofit Meadows Center for Water and the Environment based at Texas State University in San Marcos since the early 1990s.

Data collected by the citizen scientists supplement ongoing, deeper probes by the U.S. Environmental Protection Agency and the Texas Commission on Environmental Quality, including pollution control under the Clean Waters Act and the Clean Rivers Program.

“We are a partnership between the EPA and the TCEQ,” said Michael Jones, water resource specialist for the Stream Team at Texas State. “We ... educate but also ... collect data across the state.”

Jones said more than 10,000 Texans have been trained as Stream Team members since 1991, adding the program does not require a lifetime commitment.

“Conductivity is an indirect way to measure for total dissolved solids in the water,” Jones said, explaining the parameter indicates how well the water sample will conduct electricity.

“Most people test one site per month,” he said. “Some people decide to take multiple samples per month. ... It can be any surface water that they have access to.”

According to the Texas Stream Team website, 241 sites across the state were checked 3,062 times by team members from September 2016 to January 2018.

An average of 405 Stream Team members conducted that monthly monitoring during that span. They logged 5,964 hours of volunteer labor and drove 61,305 miles.

“Everything is interconnected,” said Stream Team trainer and Master Naturalist Beverly Guthrie, who with her husband, Phil, tests in two creeks feeding the Sabine River upstream from Longview. “We don’t test here, but our water quality (upstream) affects Longview.”

Mann’s motion was deceptively fluid as she lowered that pie plate, actually called a secchi disk, and took her various readings. Every movement was deliberate, the result of thorough training and much repetition.

That’s partly because Mann, Lessley and most, if not all, area Stream Team members also are certified Texas Master Naturalists. The larger, even more rigorous program also produces citizen scientists who train their eyes on the Lone Star State’s natural resources.

Becoming a Master Naturalist is not a requirement for joining the Stream Team, though Guthrie of Hideaway said everyone she knows on the Northeast Texas Stream Team does belong to the larger program.

“It’s a situation where it’s almost a symbiotic relationship,” said Guthrie, who with her husband joined Mann and Lessley beside the creek that coincidentally shares their last name.

Mann, whose day job is with the Hallsville environmental firm AWWS, picked her two sites because they are near her apartment. She indicated her volunteer work sampling streams is serious business.

“Because the health of our environment offsets human health,” she said. “For example, there are kids who like to play and fish (here) all the time. (Guthrie Creek) ends up in the Sabine River, which is where we get our drinking water. And the Sabine goes into the ocean.”

Longview also enjoys a 50-year contract with the Northeast Texas Municipal Water Supply Corp. for water piped from Lake O’ the Pines, downstream from where the Guthries conduct their tests.

“The dissolved oxygen (level) is 8.7 — which is good,” Mann said as she recorded the finding, and Lessley announced the water temperature at 91 degrees.

“They want centigrade,” Phil Guthrie replied, leading to a correction to 34 degrees Celsius, or centigrade, which Mann also wrote in her report.

Beverly Guthrie said the first thing she looks for in Stream Team applicants is commitment to accuracy. Volunteers do not have to dive into the deeper scientific waters of the Master Naturalists, but she indicated it is preferred.

“We love to have teachers and teach them about the Texas Stream Team,” she added, noting that Mann’s co-Longview Stream Teamer Homeniuk is a classroom teacher. “Because it’s a great opportunity for students to get involved.”

Mann said the Stream Team is a great way for anyone to become more involved in their own neighborhood.

“The best part is knowing I’m contributing to my community,” she said.

For information about the Texas Stream Team, including its next training date, call (512) 245-9200 ext. 2 or email txstreamteam@txstate.edu;

How to be a citizen scientist

Anyone with a desire to monitor water quality or learn more about the natural resources in Texas can be involved. Volunteers monitor a wide variety of habitats from rivers, creeks, ponds and lakes to bays, bayous  and estuaries. Volunteers range from school age to senior citizens, from individuals to organized groups such as Master Naturalists.

Participation in the program includes these commitments:

To collect quality-assured data, citizen monitors are asked to attend two quality-control sessions in the first year and one session per year thereafter. The Texas Stream Team protocols are aligned with a TCEQ approved Quality Assurance Project Plan. The QAPP ensures citizen monitors collect environmental data of the highest quality and that the data can augment professional data.