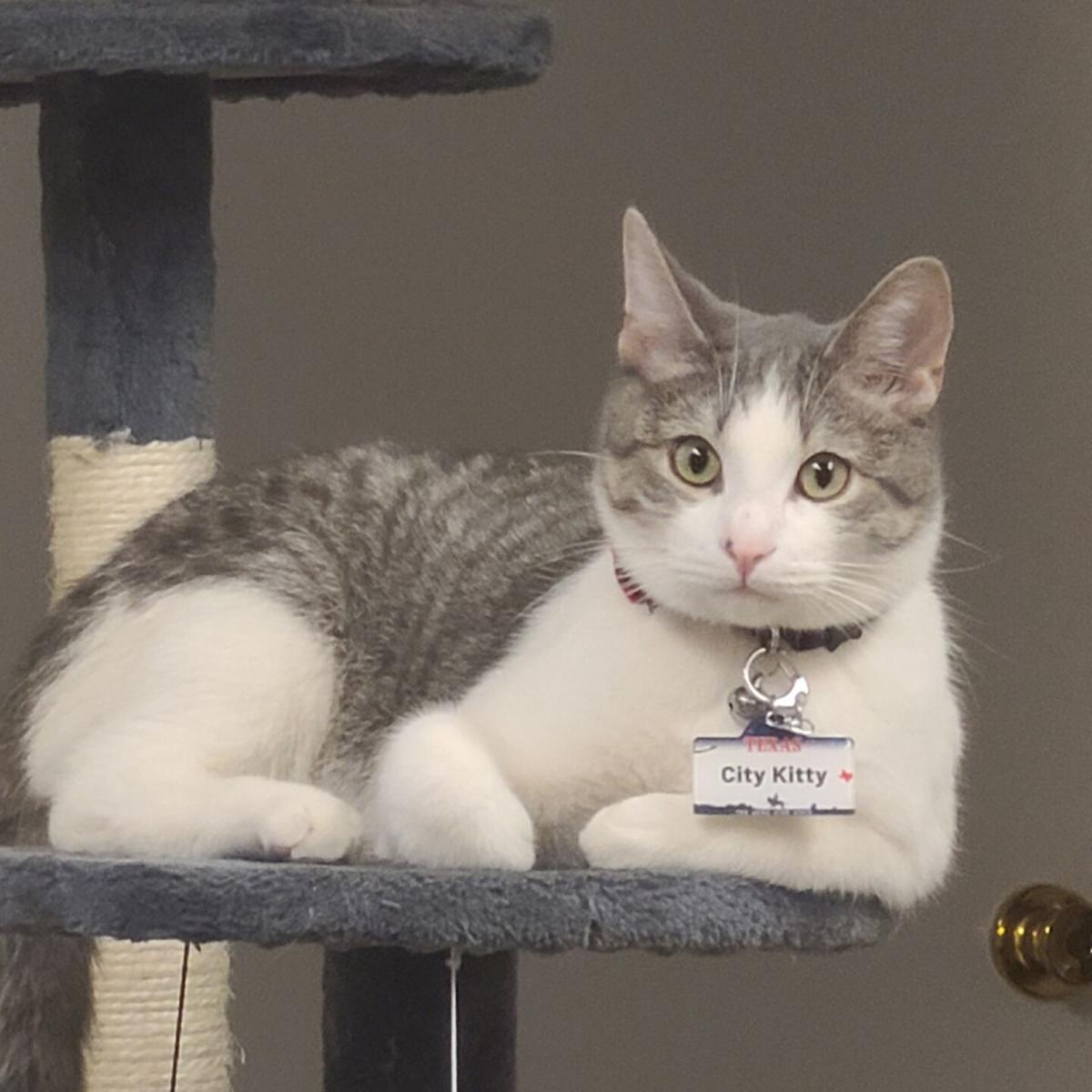 City Kitty rests on his perch at the Hallsville City Hall. 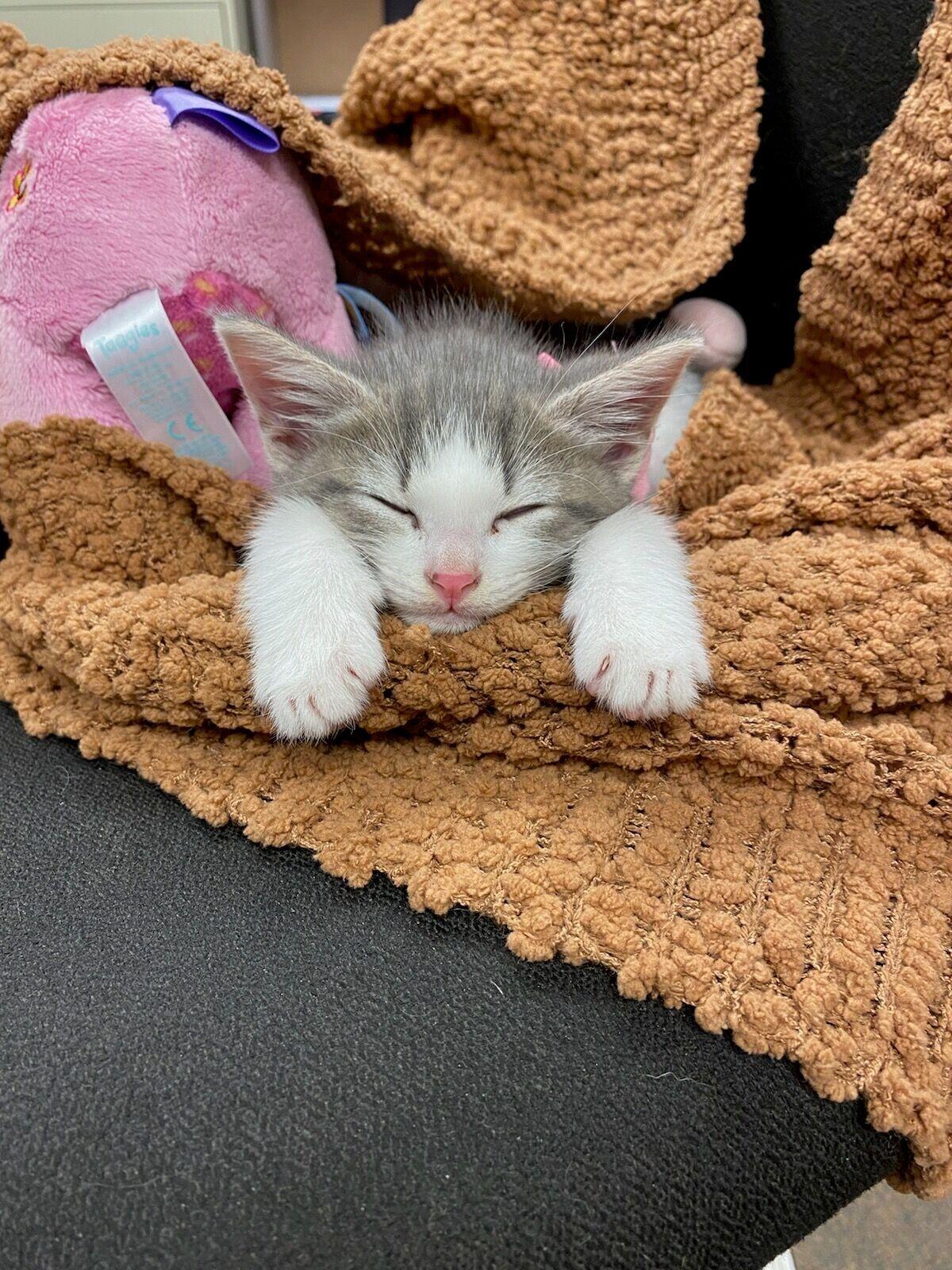 ABOVE: A young City Kitty sits draped in a blanket at Hallsville City Hall. 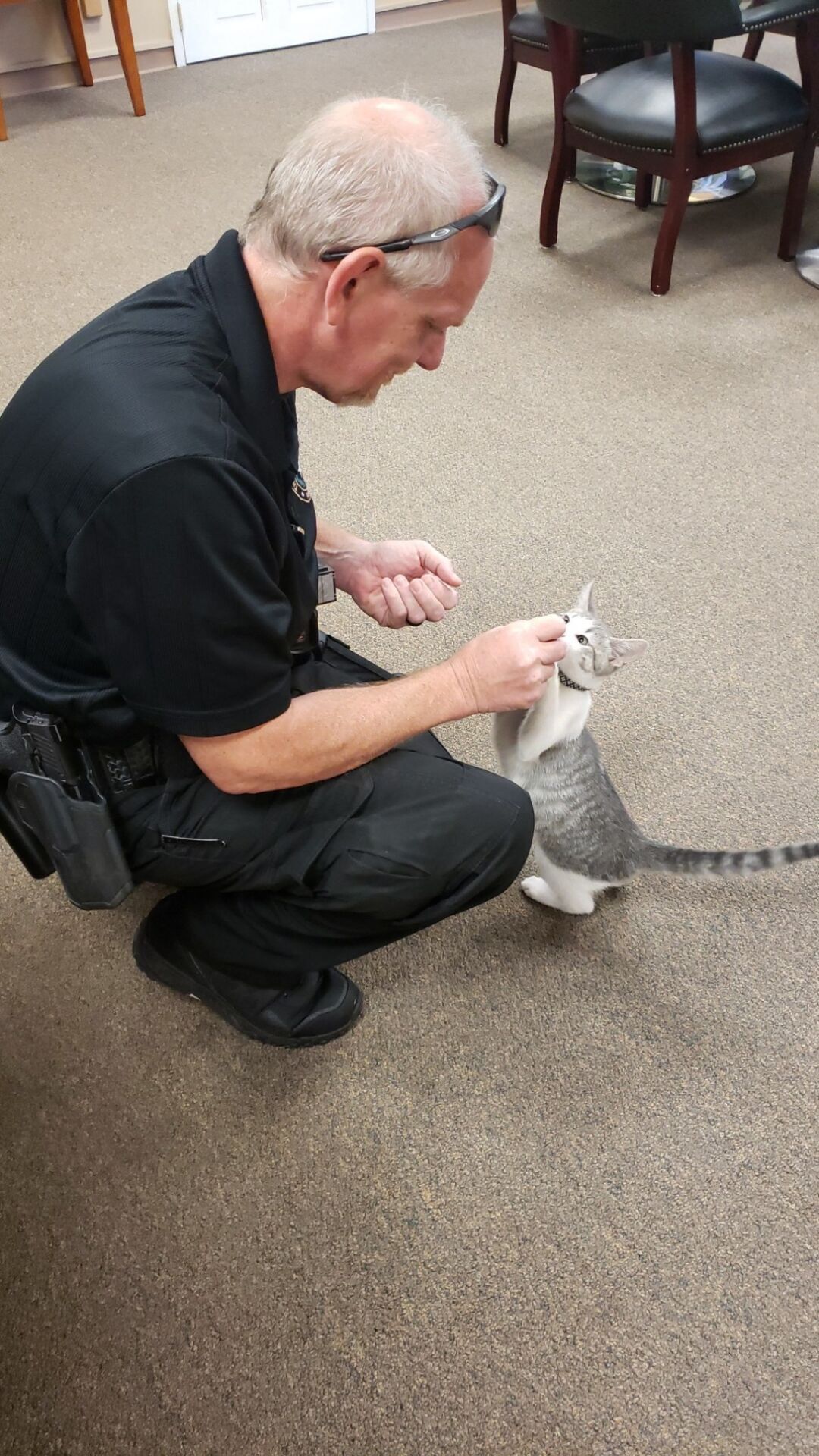 City Kitty takes a treat from a Hallsville police officer. 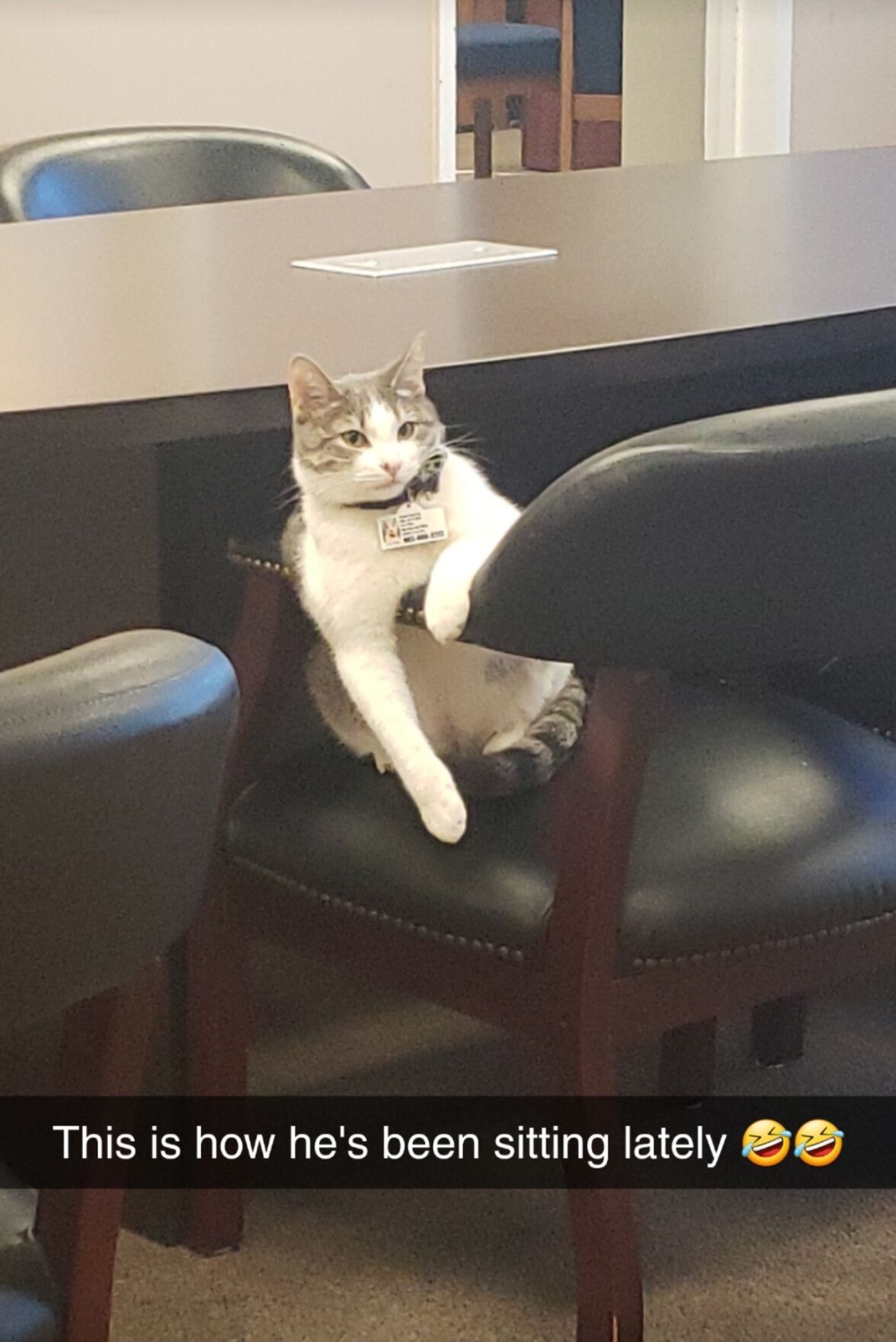 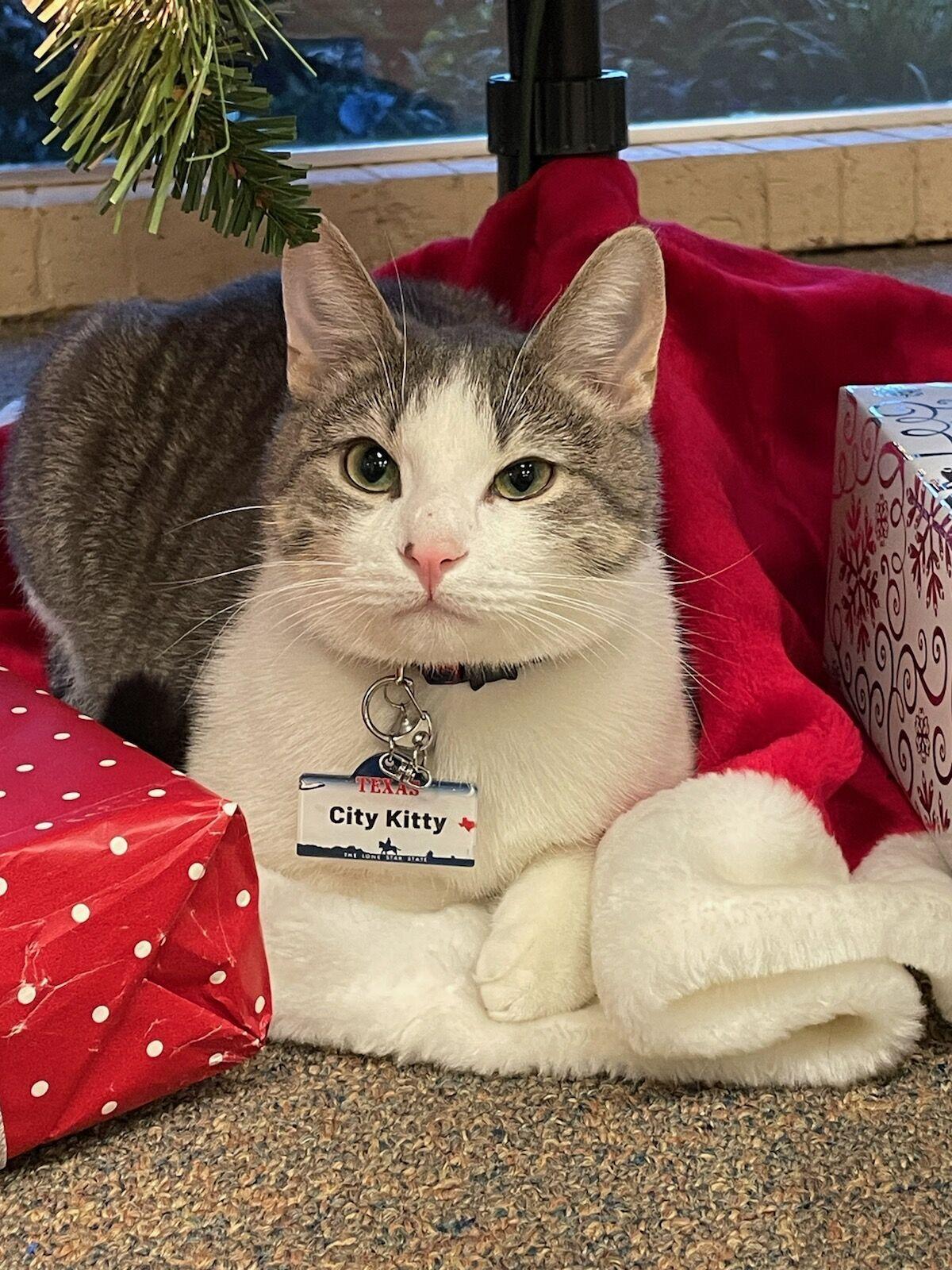 City Kitty rests on his perch at the Hallsville City Hall.

ABOVE: A young City Kitty sits draped in a blanket at Hallsville City Hall.

City Kitty takes a treat from a Hallsville police officer.

HALLSVILLE — Visitors to Hallsville City Hall may notice a new employee has lurked around the building for the past nine months — specifically one with nine lives.

City Kitty, a grey and white tomcat, has called Hallsville City Hall home since night shift officer Matt Leach discovered him in April on the edge of town. The cat was around 4 weeks old at the time and couldn’t eat solid food.

City staff asked City Administrator Marty Byers if the cat could stay in their offices rather than end up in the shelter. Now that City Kitty has been neutered and has the proper vaccinations, he has full clearance to roam the City Hall area — unless someone with a cat allergy comes to visit.

City Hall staff members have furnished several necessary items and luxuries such as treats and toys for their furry friend, all paid for out-of-pocket or by donations from visitors.

“He has his own water fountain. He has his own automatic feeder. He has everything,” said Municipal Court Clerk Gabby Andreottola.

Hallsville Mayor Jesse Casey said the cat has his own fanbase of visitors who visit City Hall just to see him.

City Kitty can be seen lounging all over office furniture and on his cat tree — sometimes interrupting work by meddling in paperwork.

“He’s great with customers,” Andreottola said. “Most people, they just love him. They get in there and pet on him. It’s really a good way to break the monotony of coming in there and paying a bill.”