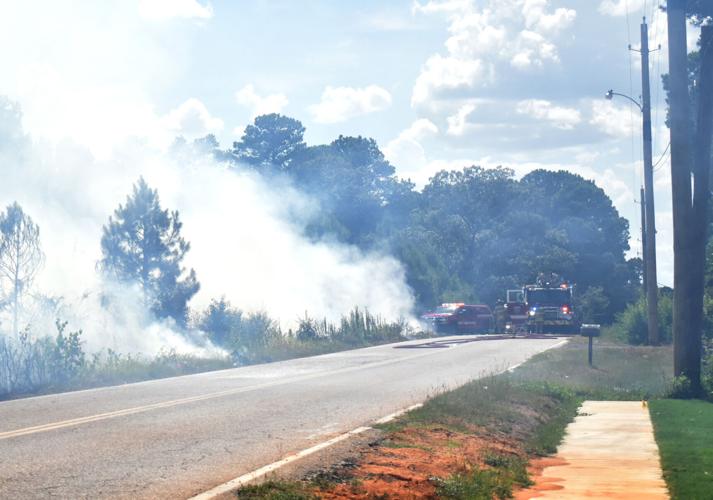 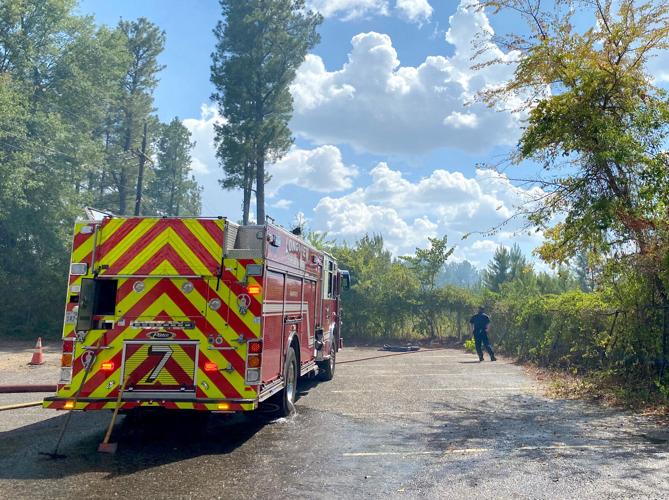 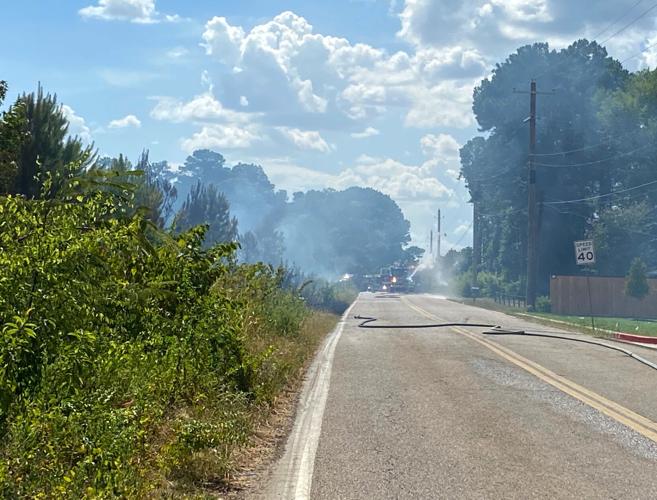 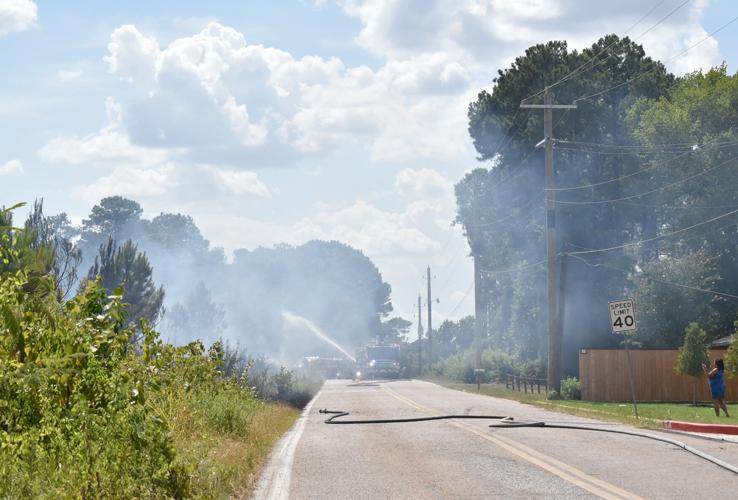 Crews had the blaze contained and under control as of about 5 p.m., and “they’re gonna be doing some overhaul to make sure they got all the hot spots,” said Longview Fire Chief J.P. Steelman.

Longview Fire Department Battalion Chief Michael Wiley said he was unsure what time the fire started, but personnel responded at about 2:30 p.m.

Crew members used a tool known as a drip torch to ignite patches of shrub which, once active, they would extinguish with a hose. Steelman said the tactic is known as “backfiring” and is commonly used in wildland firefighting.

“It’s a tactic to take the unburned fuel out from in front of the fire to get way out in front of where the fire’s headed so that when the fire gets there, there’s no more fuel to burn,” he said.

Essentially, by lighting brush surrounding a wildland fire, it eliminates the potential that it will spread further or to another area since it lacks fuel potential, he added.

While a reporter spoke with Wiley, employees from the nearby Little Caesars told him the fire behind the Pine Tree Centre shopping plaza on West Loop 281 was spreading quickly.

Wiley and crew members headed that direction as Little Caesars employees watched from the building’s backdoor.

Saturday’s wildfire is among a rash across Northeast Texas this summer fueled by dry conditions.

Every county in Northeast Texas was under a burn ban as of Saturday, according to the Texas A&M Forest Service map. Gregg County’s burn ban has been in place since July 5 when it and Smith County enacted one for residents.

The Texas Forest Service’s Keetch-Byram Drought Index on Saturday showed Gregg County at 725 on the scale. It tops out at 800.

The U.S. Drought Monitor on Saturday showed much of Gregg County in severe drought, with some areas in the northern parts of the county in extreme drought. This past month was the fifth-driest June on record with 3.11 inches below the normal amount of rain. For the year, drought.gov reports Gregg County has received 6.27 inches less than normal.