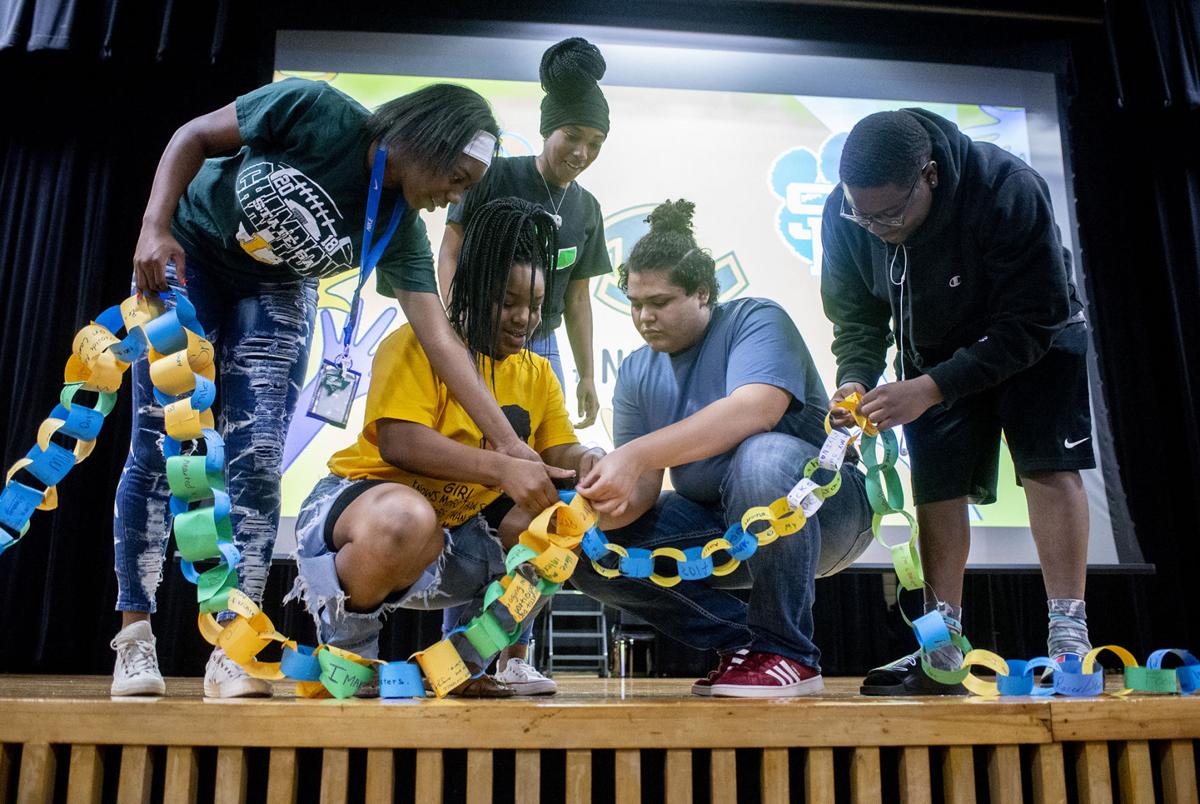 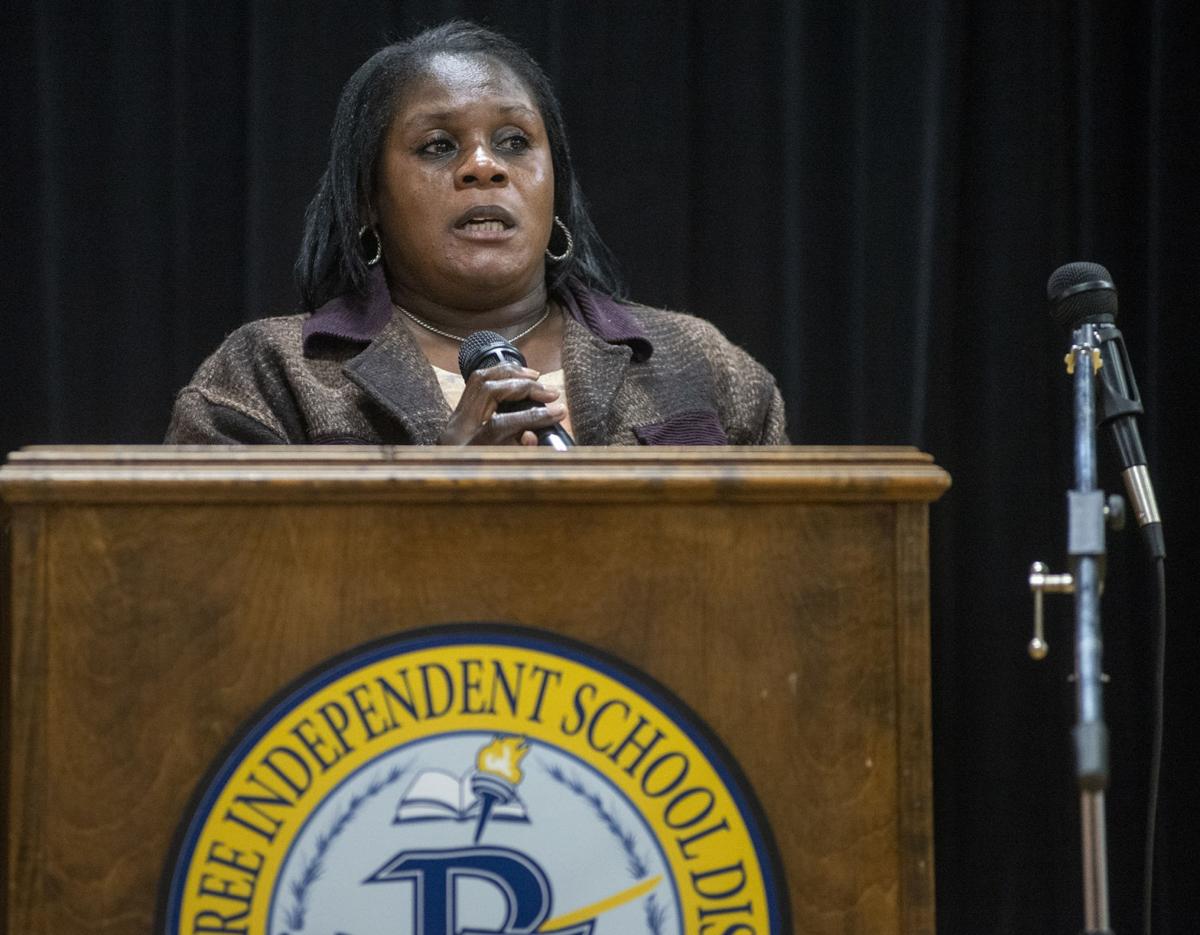 Sheila Blankenship speaks Friday about the murder of her son during the National Youth Violence Prevention Week Unite in Action Day Forum in the Pine Tree ISD Auditorium. 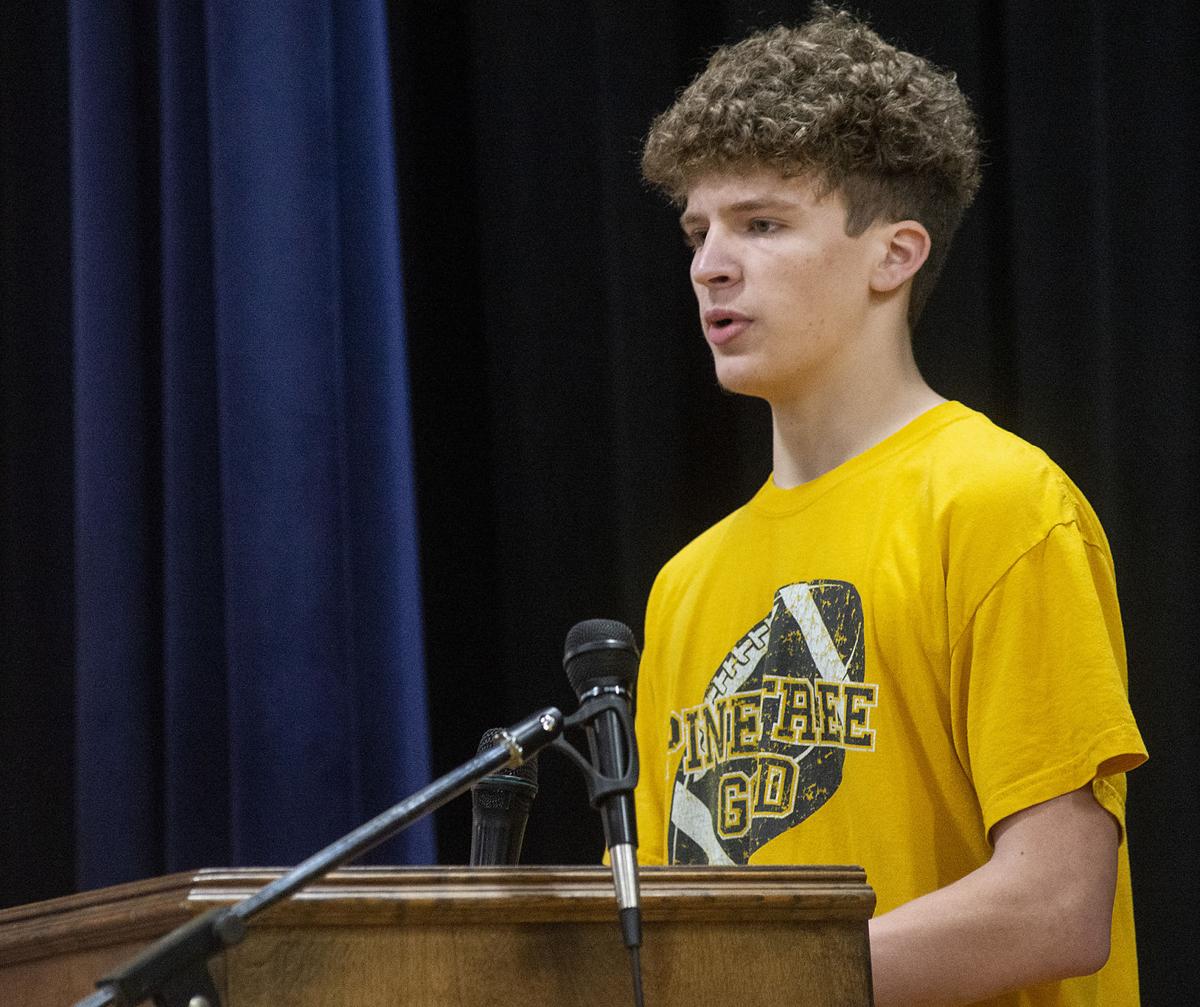 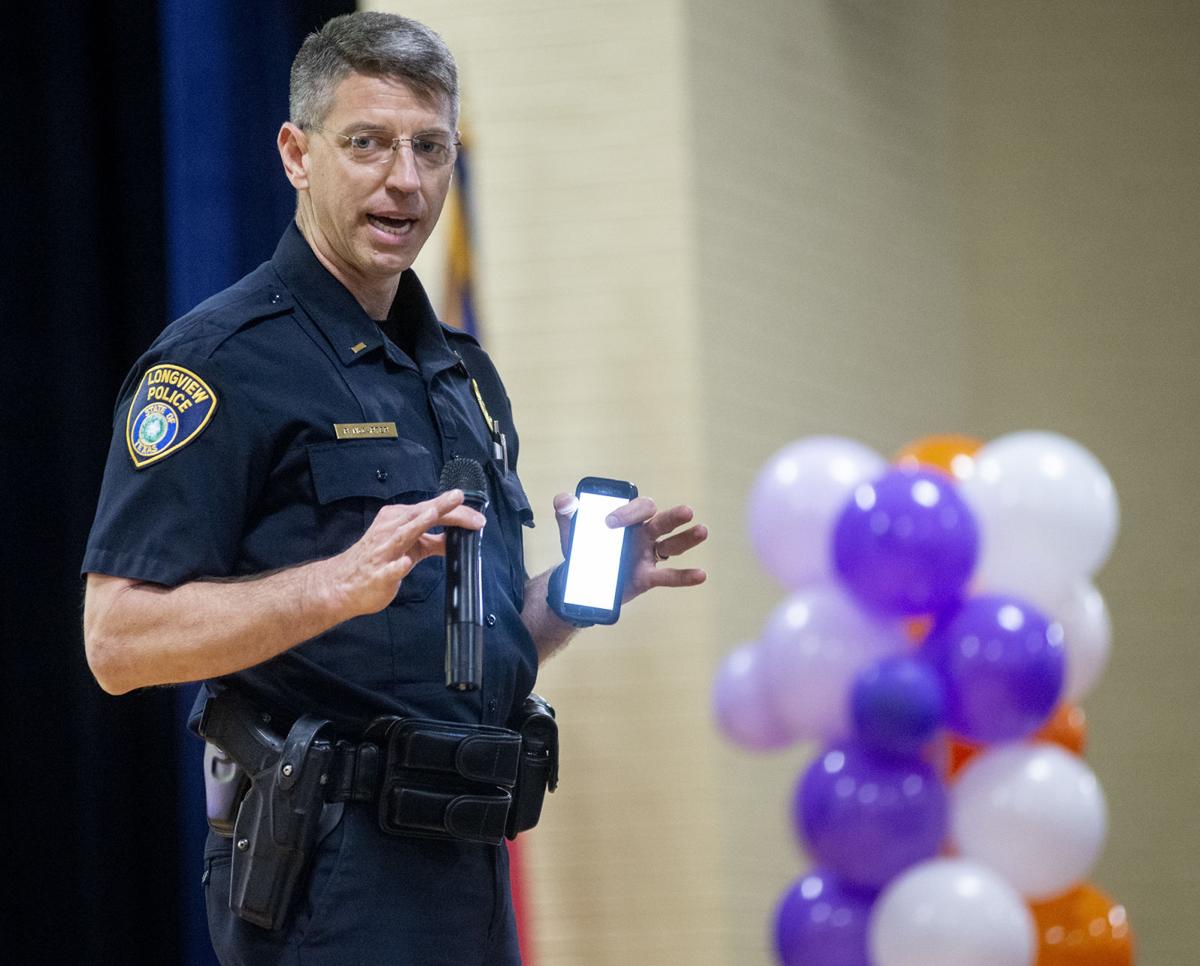 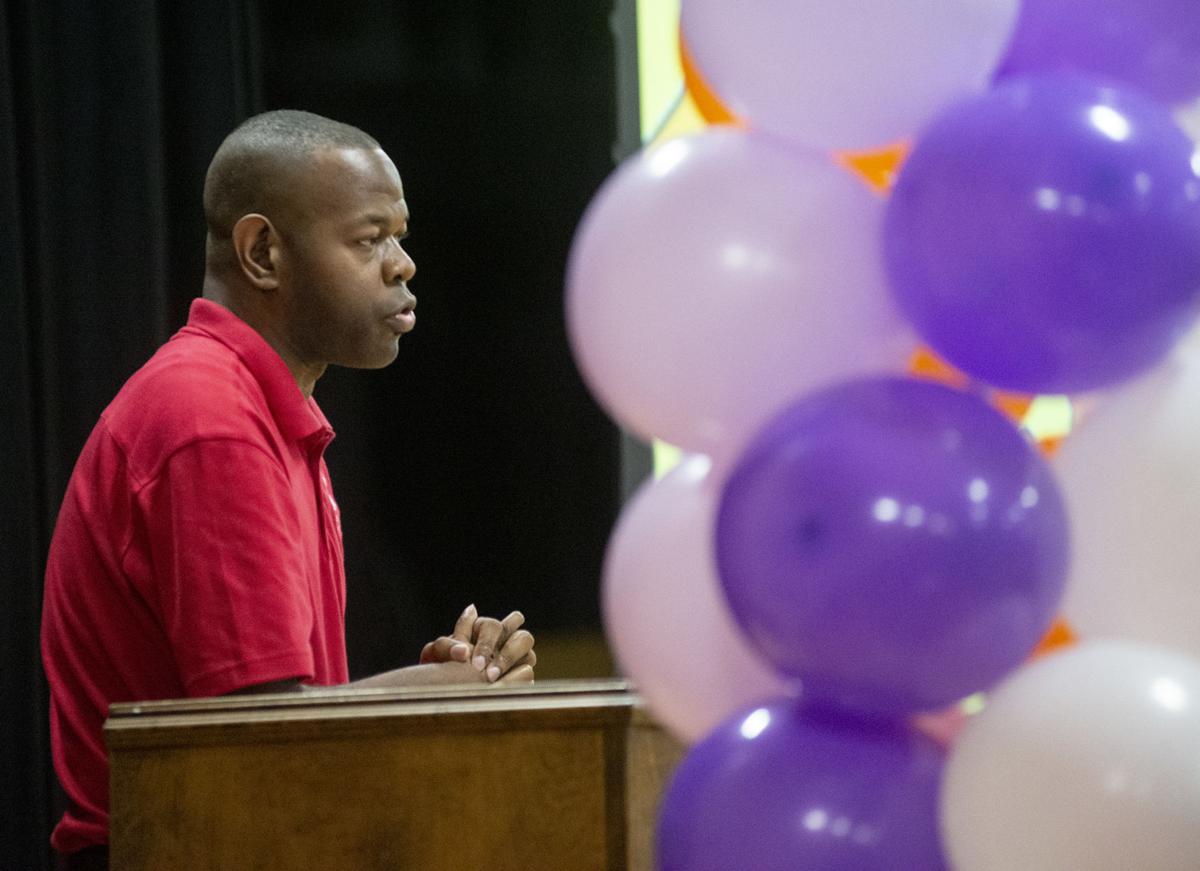 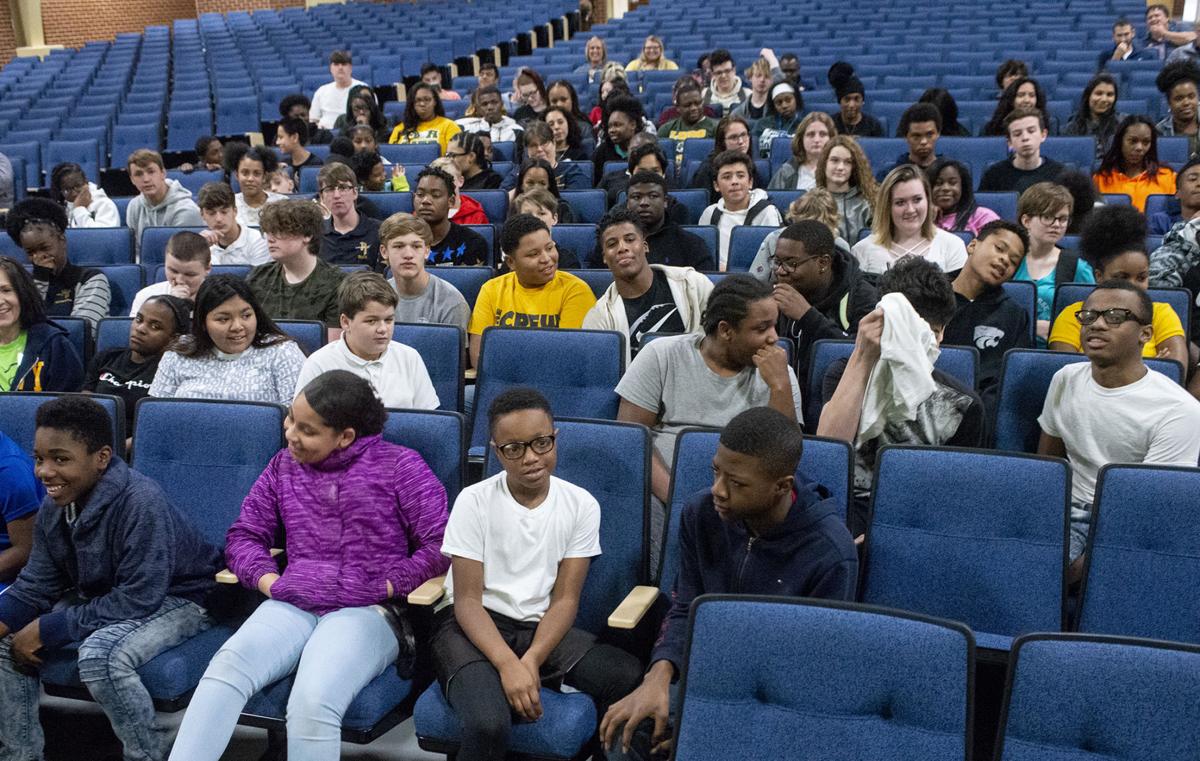 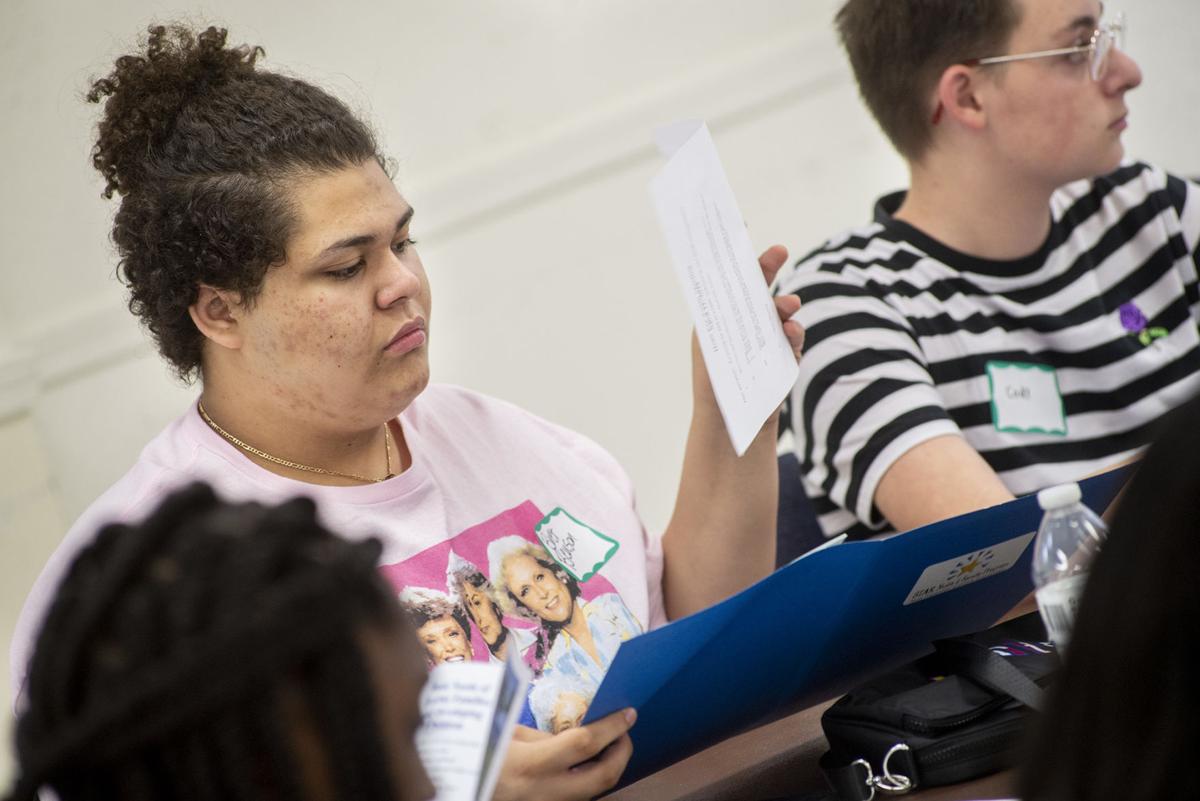 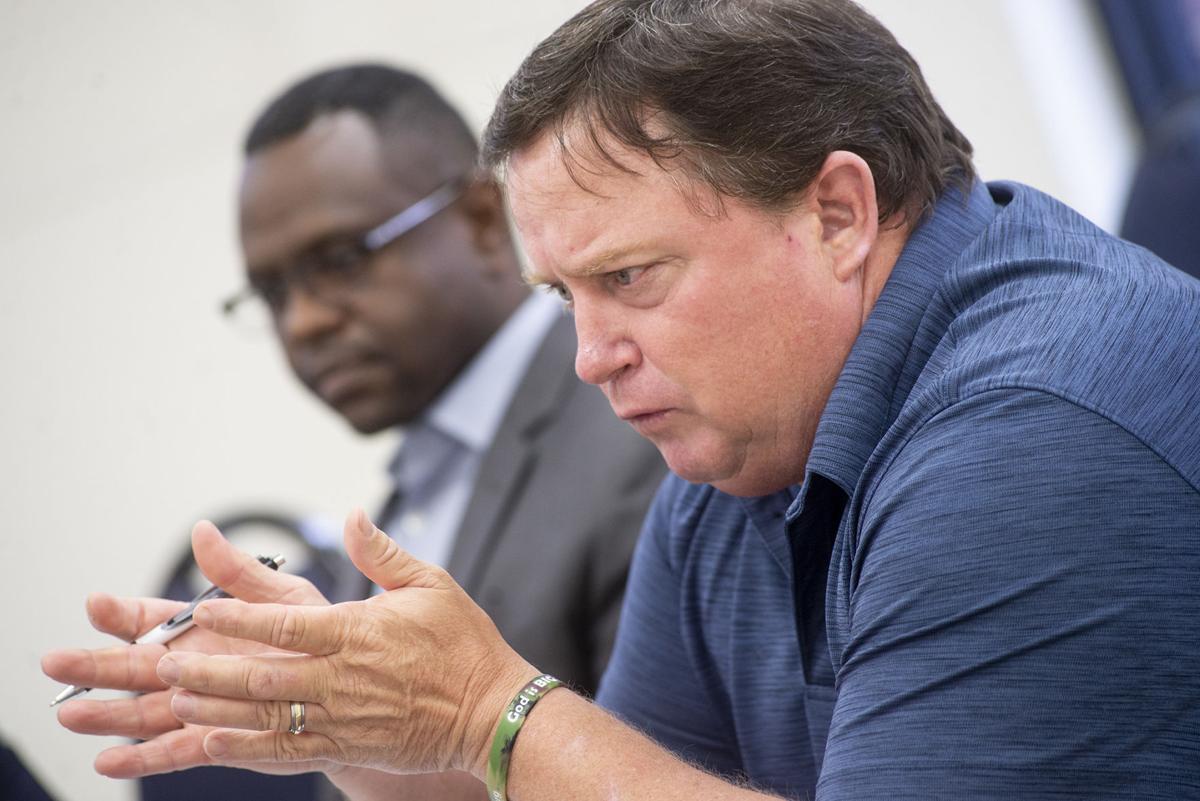 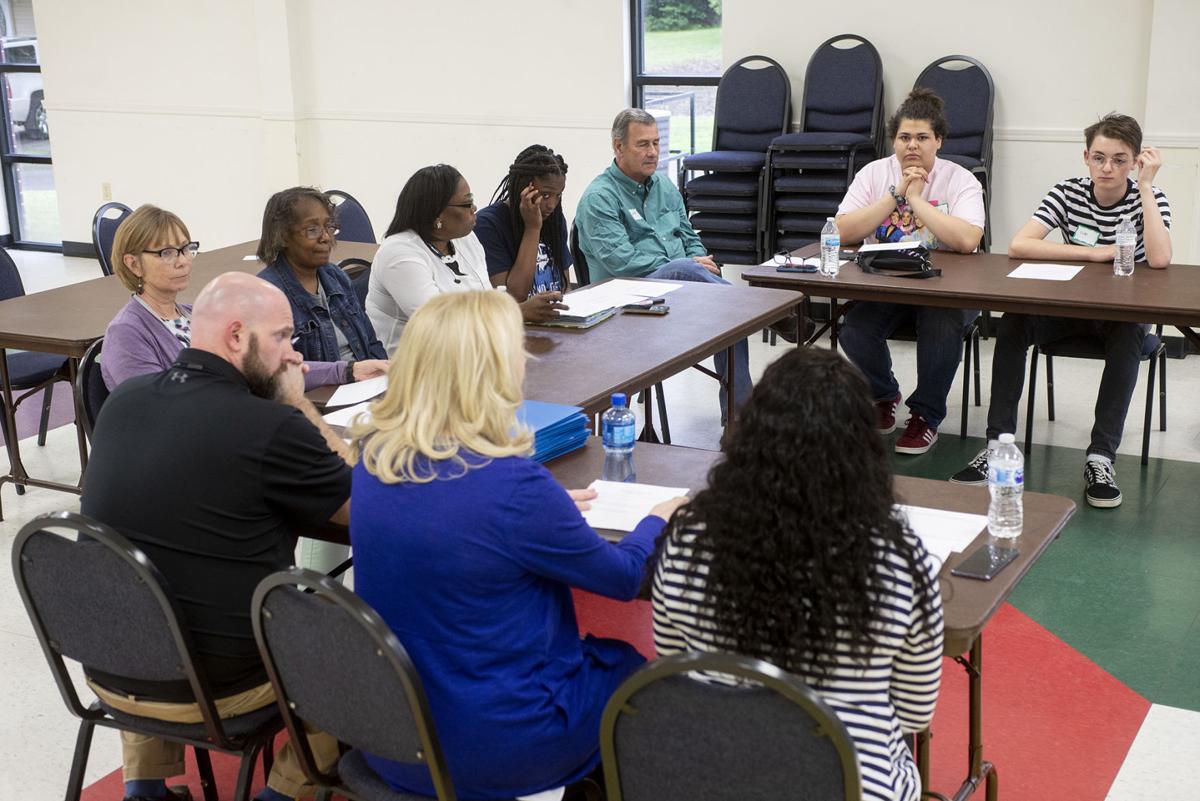 A crowd gathers for a Hope For Youth meeting focusing on youth violence, on Thursday April 11, 2019, at the Stamper Park Resource Center. (Michael Cavazos/News-Journal Photo) 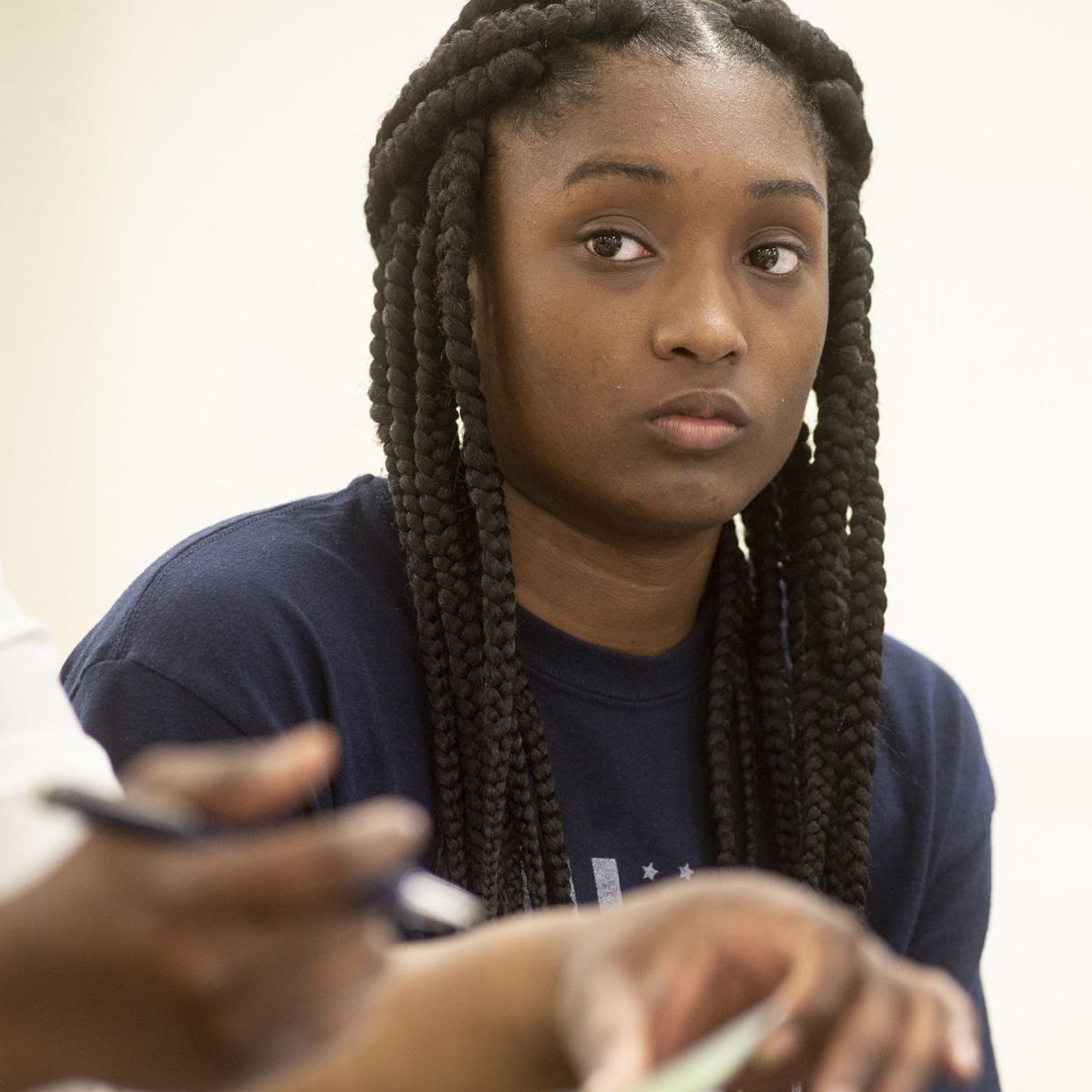 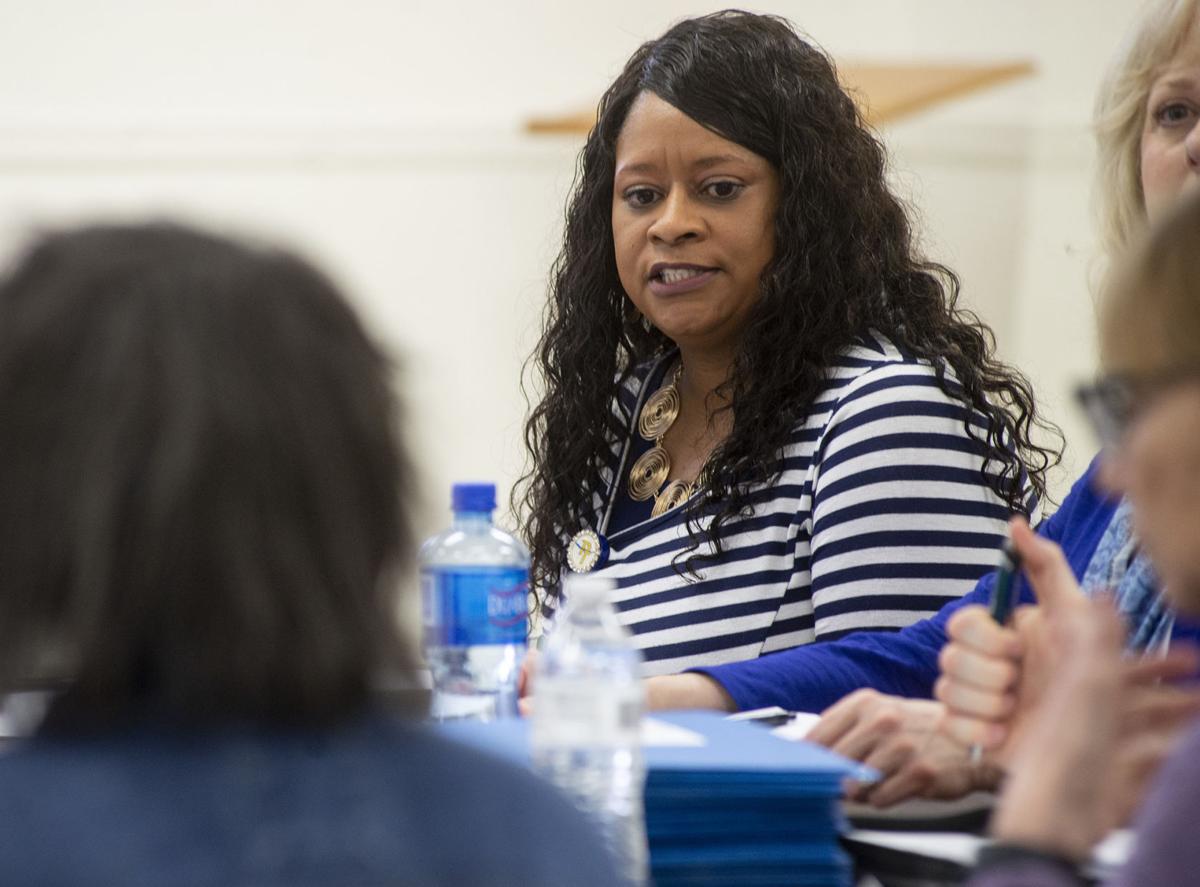 Sheila Blankenship speaks Friday about the murder of her son during the National Youth Violence Prevention Week Unite in Action Day Forum in the Pine Tree ISD Auditorium.

A crowd gathers for a Hope For Youth meeting focusing on youth violence, on Thursday April 11, 2019, at the Stamper Park Resource Center. (Michael Cavazos/News-Journal Photo)

Education, law enforcement and social leaders joined with volunteers this past week to reconstitute their commitment to preventing violence among young people in Longview.

From observance of National Youth Violence Prevention Week to the first meeting in six months for Longview’s Hope for Youth campaign, adults and teenagers put violence prevention in the foreground even amid positive news about crime in the Longview area.

“We’re just looking at how to reactivate the community to address underlying needs of youth violence and causes and to talk about what we can begin to do to eradicate that,” said Lyndell McAllister, program coordinator for the city’s Partners in Prevention.

The week culminated in a two-hour presentation Friday at Pine Tree ISD Auditorium that involved more than 90 students from Pine Tree and Longview school districts.

Among the nearly dozen speakers was Sheila Blankenship, a Longview woman impacted by local youth violence.

On March 3, 2015, her son, Da’Coreyan Blankenship, was shot to death in the 800 block of Aurel Avenue — it was the sixth Longview shooting death in a little more than two months. His murder remains unsolved.

“It changed my life,” Blankenship said Friday, “and as I look at you young people, it saddens my heart because I remember my son — I would sit out and watch my son when I would come to the schools, but he was murdered, and it left a void in my heart.”

Hope for Youth was formed in 2016, near the end of a six-year run of more than 50 homicides. The committee’s mission is to bring an end to youth violence in local communities.

Thursday at Stamper Park Resource Center, almost 20 committee members held their first meeting since September. With a focus on the Pine Tree area, members and panelists talked about what youth violence looks like in the Longview community, what needs should be addressed and how to get young people more involved.

McAllister said the focus will shift to other areas of the city in future meetings.

Meanwhile, the group wants to find ways to help not only local police but also the planned anti-gang center in Tyler that will serve Smith and Gregg counties as well as surrounding areas.

“We’ve got to find out what they’re doing and how we can interface with them to do some positive things for young people,” McAllister said. “Law enforcement is a part of that, but we’re really looking at how to prevent kids being drawn into violence to start with — even individual violence that occurs. How do we as a community look at strengthening our families and our communities so that young people are not drawn to gang violence?”

Earlier this month, the Longview Police Department reported a decrease in overall crime, and the seven homicides reported in each of the past two years is about half of what the city experienced in previous years, she said.

“In that time, we’ve seen more youth activities rise up in our community,” McAllister said.

“I’m sure that law enforcement has taken out some of the players that were helping to drive some of the local gang activity that was occurring, but what we really want to be focused on is more (about) what are the root causes, how do we prevent our homicide getting back there again?

“What are the things that we can do to address the needs of young people in our community in a way that helps them thrive and be healthy members of our community?” she added.

Other Hope for Youth members shared a variety of ideas for preventing youth violence and gang activity.

“Mentoring is a huge part because, unfortunately, the kids that we’re seeing dealing with violence have nothing to do, and they’re sitting with these video games playing games, and unfortunately they’re not playing the good games,” Brian said.

“They’re playing the violent games and they’re taking that with them out on the street when they go with their friends, and they don’t have that mentor piece there — that parent participation — and that’s one thing we want to start is just parents getting involved.”

Pine Tree Pace Principal Shalonda Adams stressed that volunteers and advocates must work cohesively and united to equip young people with information, education and awareness to empower them.

“We need to focus on both ends, working with the youngest citizens as well as the older teenagers,” Adams said. “The youngest, we can still mold and shape them and teach them, and our older ones, we need to give them information and still try to model to influence them to change.”

Their goal is to one day end the grief experienced by Blankenship and other friends and family of victims affected by youth violence.

“We have to come together, because we can’t have a community without unity,” Blankenship told students Friday. “If you’re being bullied or anything, talk to your teachers. Talk to your parents. Let your parents know, because violence is very rampant right now, and it’s trying to take over all of our youth.”

The city's Partners in Prevention agency works to provide mentoring opportunities for young people as well as promote a drug-free and violence-free culture.

Call (903) 237-1019 for information on Partners in Prevention programs and opportunities to mentor local youth.