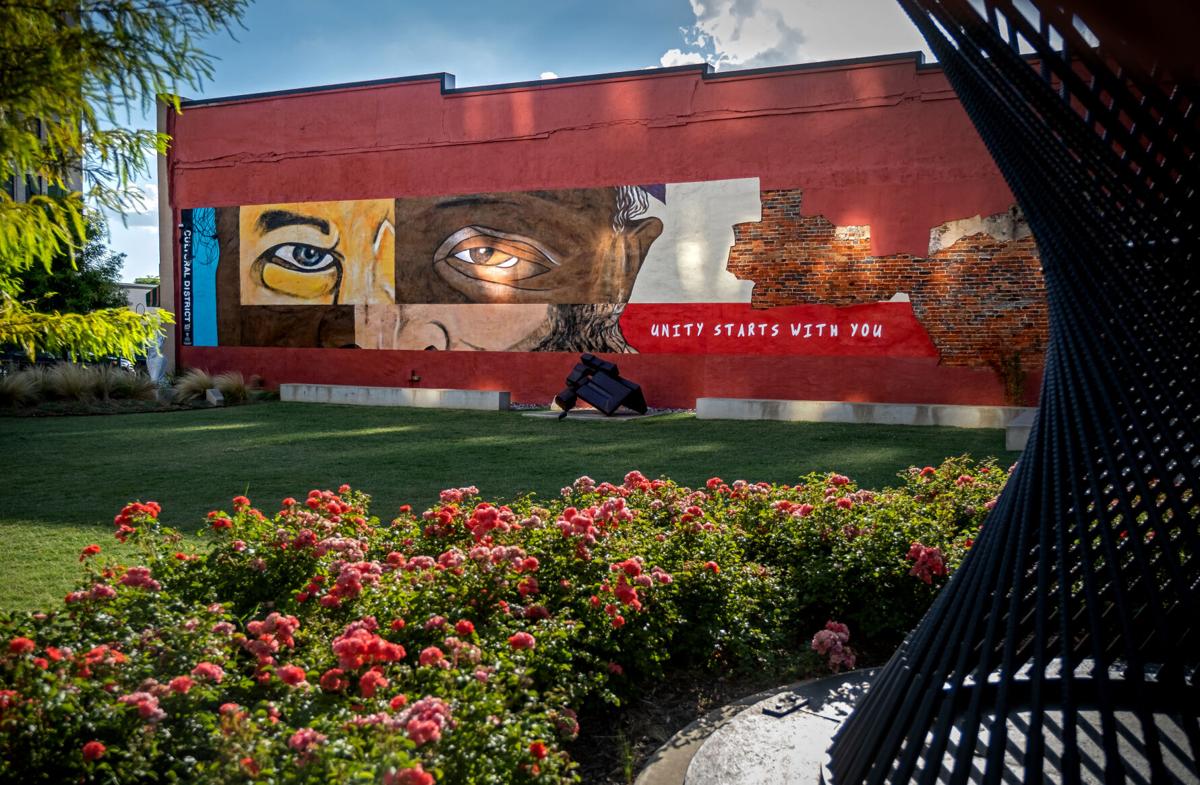 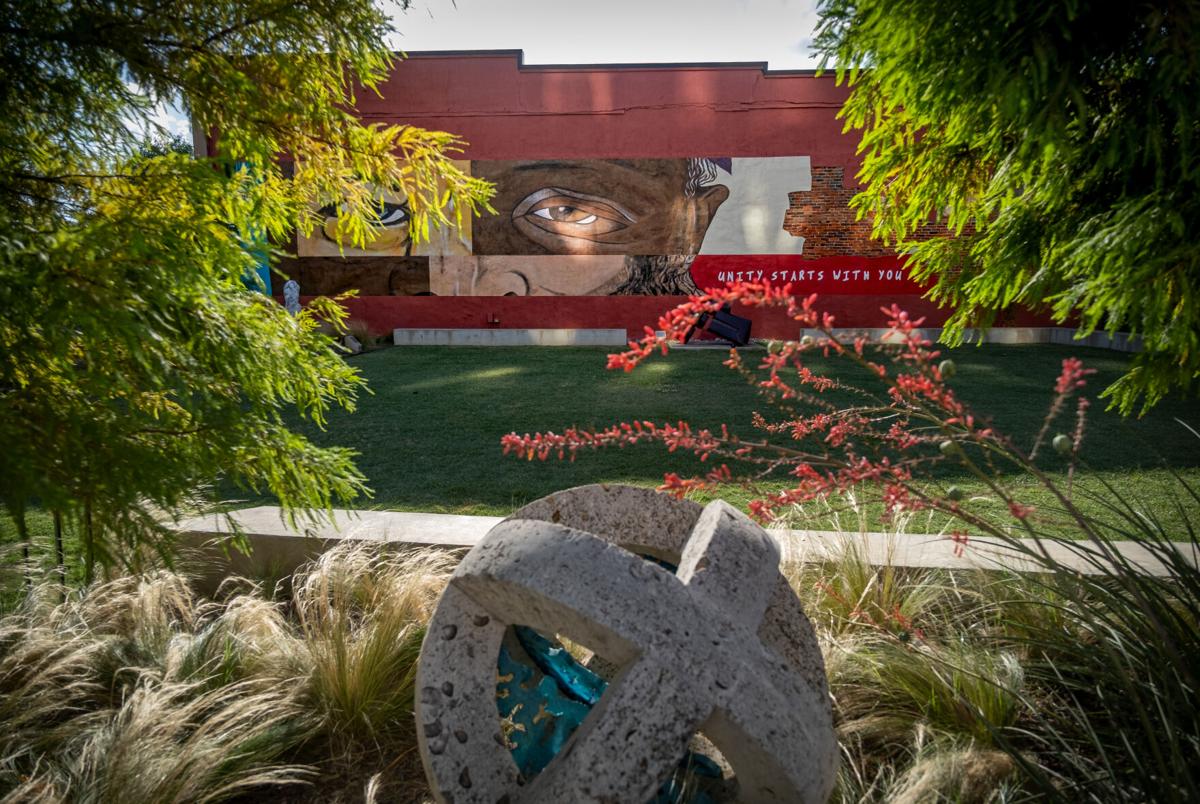 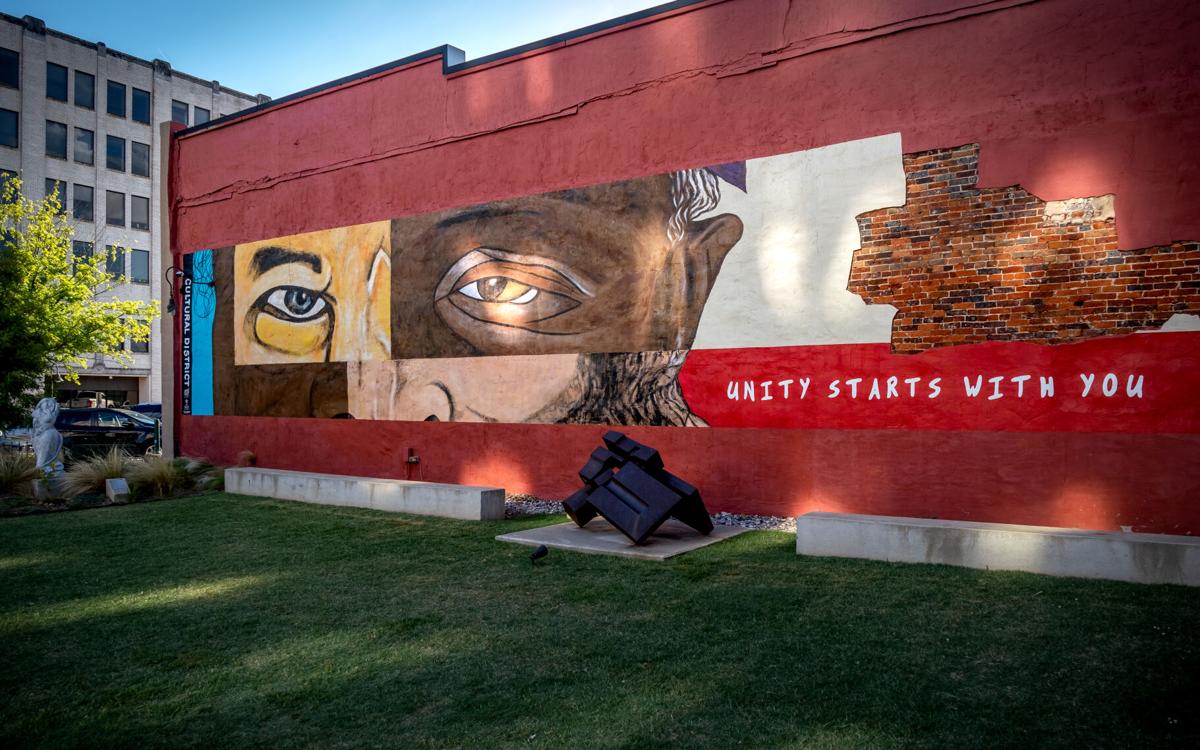 Unity Mural is shown on Saturday in downtown Longview. 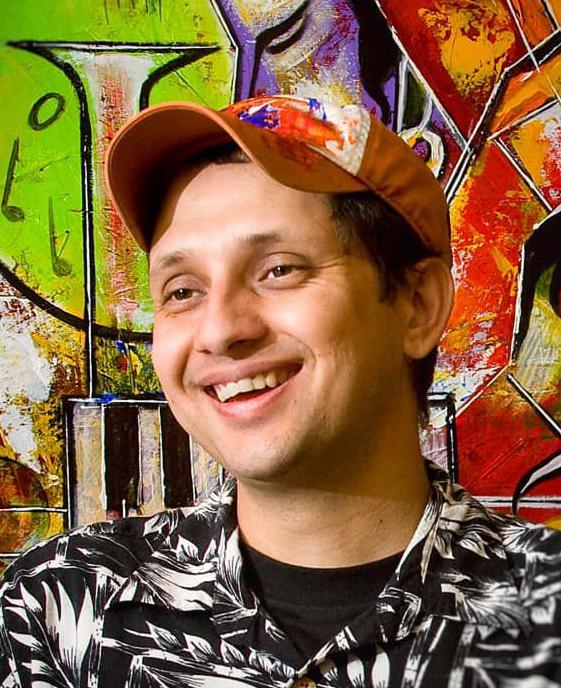 Unity Mural is shown on Saturday in downtown Longview.

In his portraits, the late artist Anup Bhandari strived to share “a broader picture of our shared humanity” with East Texas.

Those words, written in the foreword of Bhandari’s book “The Faces of Newgate,” would later serve as inspiration behind a new Unity Mural in downtown Longview that was created to serve as a reminder about the importance of unity while also honoring the beloved artist.

“Anup’s whole approach to life was embracing everyone. It just was a perfect fit when we wanted to do something to make all of us think about the importance of unity,” Arts!Longview Executive Director Cynthia Hellen said. “He was the first artist who came to mind just because of his approach to life.”

The Unity Mural, which recreates a portion of the cover of Bhandari’s book, will be dedicated at 5:30 p.m. Thursday during Longview’s downtown ArtWalk. The mural is located at the LMFA Pelaia Plaza at the corner of Green and Tyler streets.

In 2016, Bhandari wrote an article for the News-Journal describing how his decision to intentionally meet a homeless man he saw digging through the trash in Longview led to a friendship that changed his life.

“I have met many people like Thomas and gotten to know their stories,” he said. “We tend to judge the homeless as ‘bad’ people and ignore them, and the truth is they have been forgotten by our society. We are all human beings. We should learn to love and respect one another and our differences.”

In 2017, Bhandari asked one of Newgate’s community members, the late Ruby Floyd, if he could paint her portrait. That experience sparked Bhandari to continue painting portraits of other Newgate community members. His portraits were compiled and later published in the book, “The Faces of Newgate.”

The Unity Mural was painted by Tyler-based artist Dace Kidd, who recreated a portion of Bhandari’s book cover on a blank wall at the LMFA Pelaia Plaza.

Kidd does a lot of charity work in Tyler and also works with the homeless there — something that connected her and Bhandari.

“Anup was an artist friend of mine and we often spoke on Facebook. We were planning to do an art show for him in Tyler in one of the venues I curate, Arcadia. It was just heartbreaking to find out about his health and that we were not able to do it,” Kidd said. “When I found out about the Unity Mural, I was very moved and impressed that the community of Longview was coming together to create and do an homage for him.”

Hellen said the four words, “to our shared humanity,” in the foreword of Bhandari’s book summed up everything Arts!Longview hoped to accomplish with the Unity Mural.

“To our shared humanity,” she said, “that’s what it’s all about.”